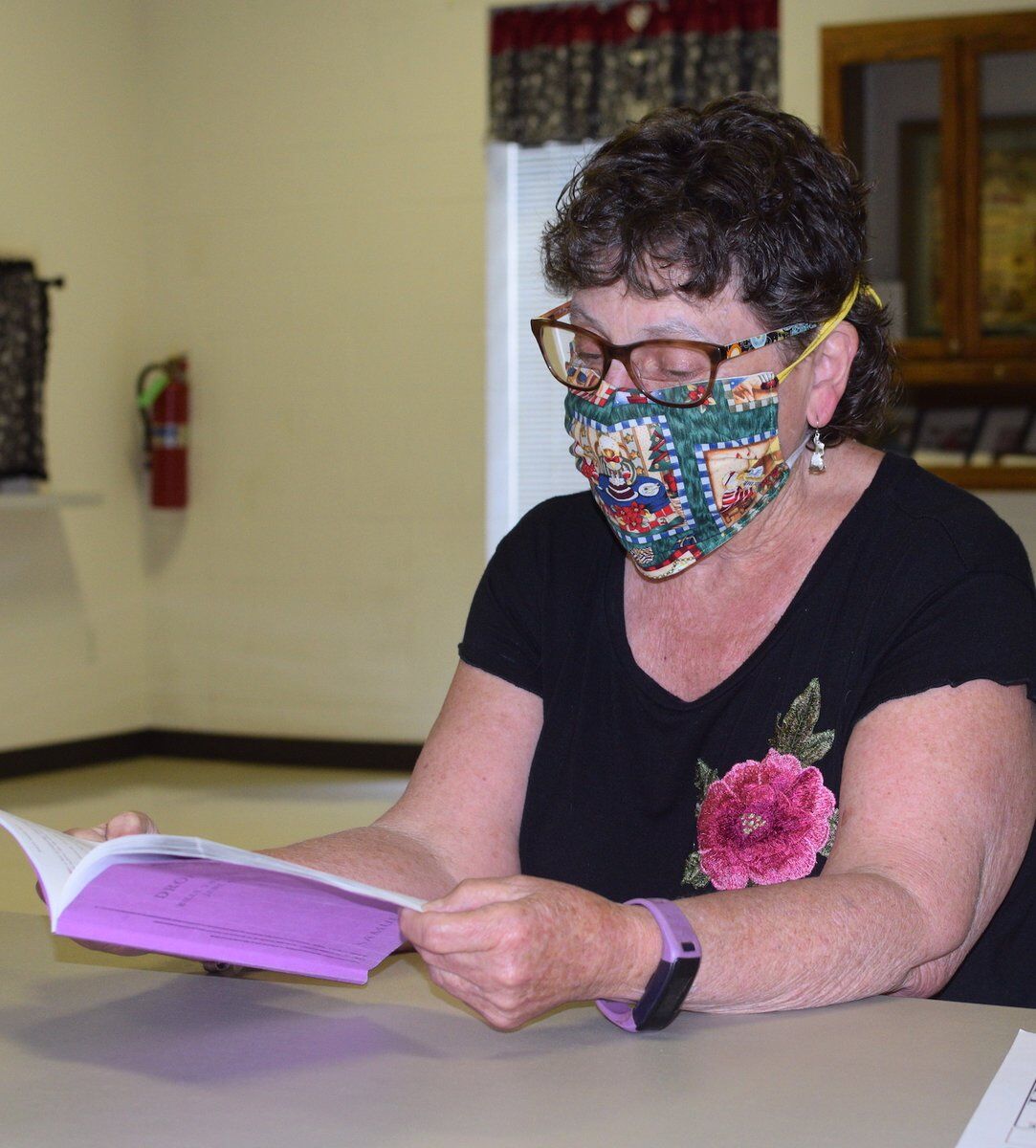 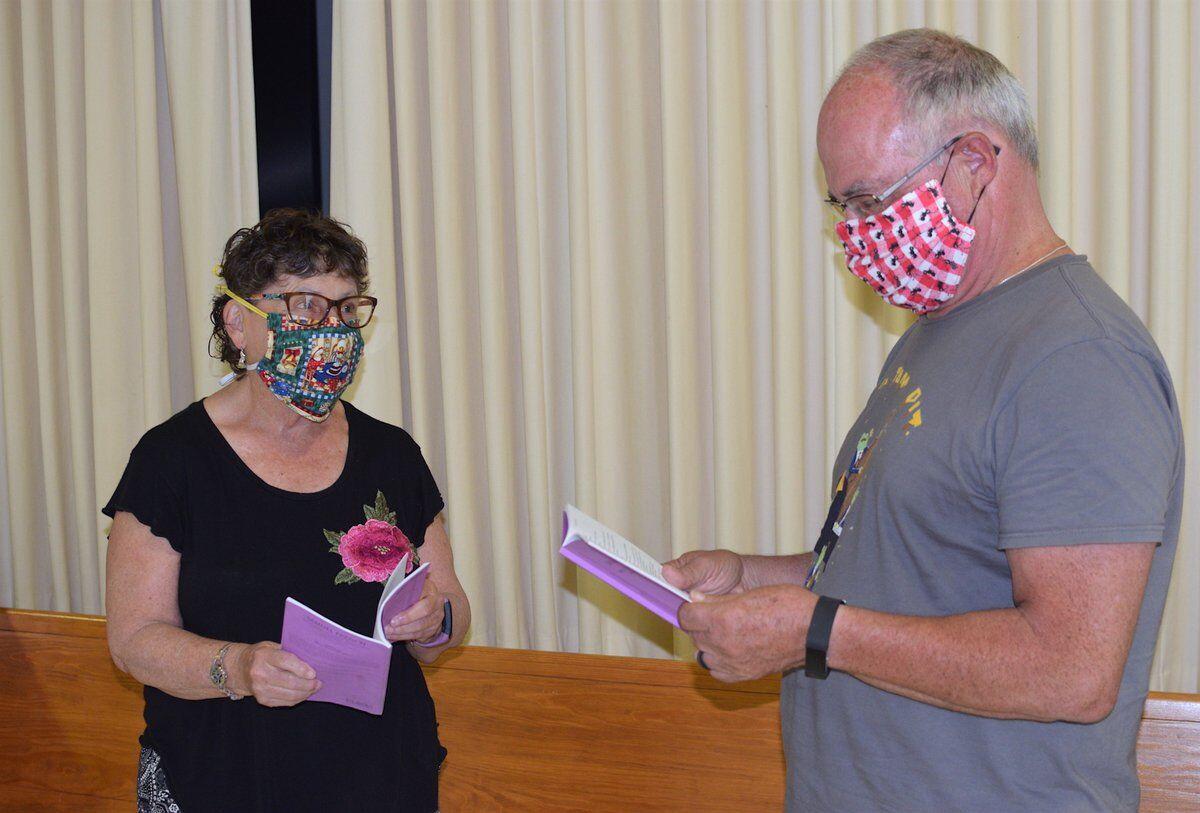 Criss Pearson, left, will be directing the Tahlequah Community Playhouse production of "Drop Dead." She goes over part of the play with Craig Clifford at St. Basil's Episcopal Church in preparation for their first rehearsal on Monday.

Criss Pearson, left, will be directing the Tahlequah Community Playhouse production of "Drop Dead." She goes over part of the play with Craig Clifford at St. Basil's Episcopal Church in preparation for their first rehearsal on Monday.

Despite challenges wrought by the pandemic, Tahlequah Community Playhouse members are discussing alternative plans that will help them take the stage this season.

The TCP board held a Zoom meeting Tuesday, July 28, to talk about how they would proceed. They discussed dwindling ticket sales, procedures for handling the coronavirus pandemic, the upcoming mask sale and showcase, and results of the annual Erwin Awards.

Members conceded it's difficult for them to set a firm schedule without knowing how many people plan to attend events. In light of slumping sales, members are extending the deadline for season ticket holders to next week. But that may not solve their problem.

"I talked to a couple of people who bought tickets who have said that unless there is a vaccine, they aren't going," said Peggy Kaney, board member. "A lot of our customers are older. We need to lay out precautionary steps."

The board sought to formulate a plan that would assuage the fears of its patrons. They plan to limit the number of people who can attend each show, but that number is yet to be determined.

An idea was proposed to eliminate the dinner option, but board members quickly struck it down because the dinner-theater is their niche.

"Until the Titanic goes down, we're having dinner," said Tenney.

Tenney asked board member Misty Zimbelman to assess methods of providing food because of her background in food science. They plan to eliminate the buffet in favor of prepared meals, and they will provide hand sanitizer. They will also replace salt and pepper shakers with packets, and do away with tablecloths.

Clifford assured the board they made their final payment to secure the publicity rights for the rest of the season, which will include: "Drop Dead" in September, "Wild Women of Winedale" in November, "The Quest for Don Quixote" in February, and "Rumors" in April.

To make up for lagging ticket sales, the board plans to sell face masks to patrons as a fundraiser. The masks will feature the TCP logo.

Clifford also announced the winners of the annual Erwin Awards, which will be posted on the Facebook page. "Curious Incident of the Dog in the Night" took the award for the Best Show.

Rehearsals for "Drop Dead" are scheduled to begin on Monday, Aug. 3, at St. Basil's Episcopal Church.

For information about Tahlequah Community Playhouse, or to purchase tickets, visit tcpok.com.