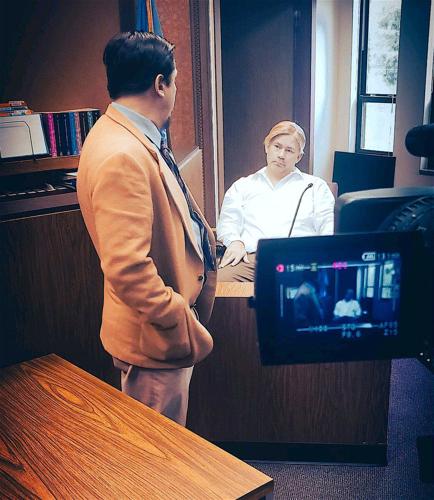 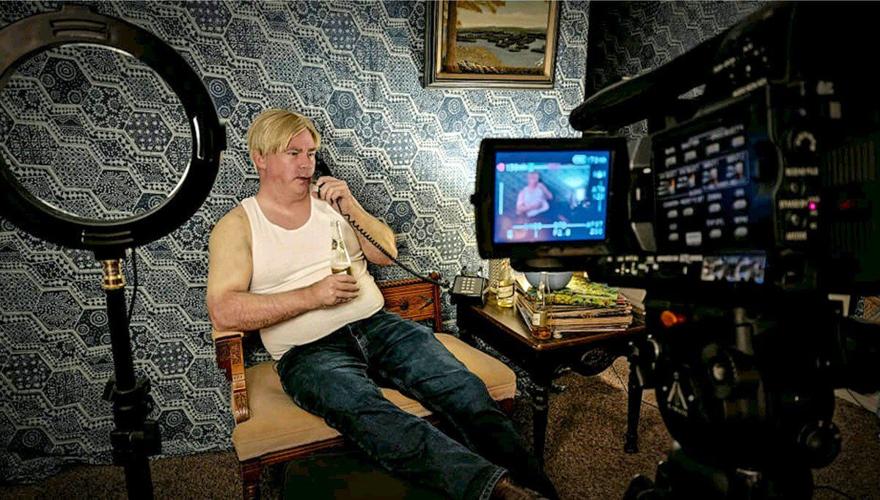 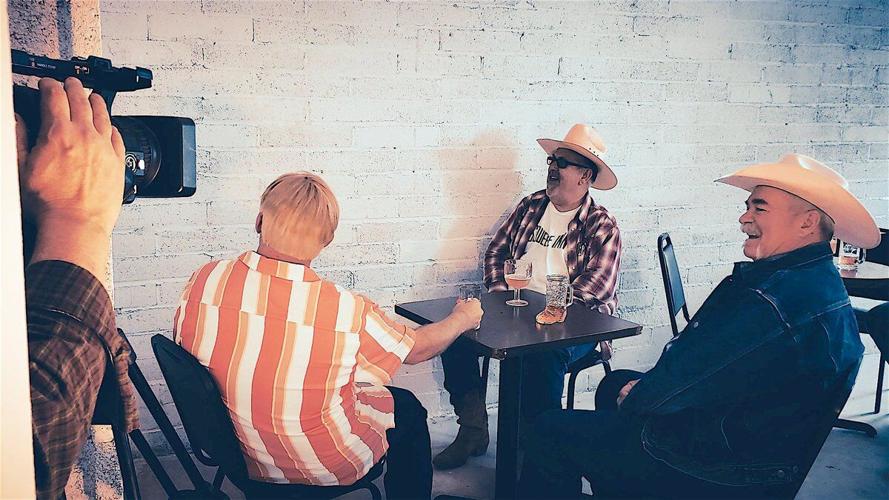 Several actors in the documentary "Brinlee" get ready for a scene. From left are: Shane Harges, Robbie Frank, and Jim Sego.

Several actors in the documentary "Brinlee" get ready for a scene. From left are: Shane Harges, Robbie Frank, and Jim Sego.

Two Tahlequah residents have produced a film over Rex Brinlee Jr. and his crimes, and they're about to debut it.

Jeremy Scott, the director, said he and the film’s producer, B.J. Baker, began putting together the film “Brinlee” in March 2022.

Scott said the film is about Rex Brinlee Jr., a notorious criminal in the Tahlequah area in the mid-60s to early '70s, wreaking havoc with bombs and other violent acts.

“The kind of things that he did, you just don’t expect to see it in a small town – not just in Oklahoma, but anywhere in America,” said Scott.

Reavis said being a part of the documentary’s process is special, as it shines a spotlight on the film industry developing in Oklahoma.

“People make films and they have to make them somewhere, so they might as well make it here, because it brings good notoriety to Oklahoma and also provides jobs,” said Reavis.

After the production of their Grover Bishop documentary, Baker said he had the idea to make a film about Brinlee to show a balance between good and evil. Baker said since the first film, wherein he and Scott portrayed someone of a hero status, he deemed it fitting that they follow up with a villain story.

“I couldn’t think of a bigger, better villain for Tahlequah and Cherokee County than [Brinlee],” said Baker.

Scott said both personalities, Bishop and Brinlee, were famous in the area, but for different reasons; Bishop was chasing criminals and Brinlee was a criminal. He believes audiences will be shocked by the brutality in the documentary, which will also be featuring some reenactments and interviews with locals.

“The difference between Grover and this one is that this one is very dark. It’s very violent. At times, it could just kind of make you sick to your stomach that a person could be this way and get away with it in a small town,” said Scott.

Baker said he got into creating documentaries like this one to preserve the elders' stories of Tahlequah. Area residents will recognize the storytellers in the documentary and several pieces of local history.

“It’s so easy to store information these days; it didn’t make sense to not put some of these guys in front of a camera and let them tell the stories and preserve it,” said Baker. “You preserve a story today, and 40 years from now, some great-grandchild who never got to meet their elder is going to sit and listen to the story.”

Scott said he hopes viewers will understand the film is not glorifying Brinlee and his crimes.

“Hopefully, they will realize there are people who are still alive in this community who were victims of him and his acts, and they are good people,” said Scott. “Hopefully, in some way, it can make people go, ‘Well, let’s make sure this never happens again.’”

After the film’s premiere, the documentary will be available for free streaming on Feb. 6 at 7 p.m. at brinleefilm.com.

“Brinlee” will premiere at a private screening Friday, Feb. 3, and at a public sold-out screening Saturday, Feb. 4, at the former Dream Theater at 7 p.m. On Sunday, Feb. 5, the film will also be shown at the Roxy Theater in Muskogee at 4 p.m.