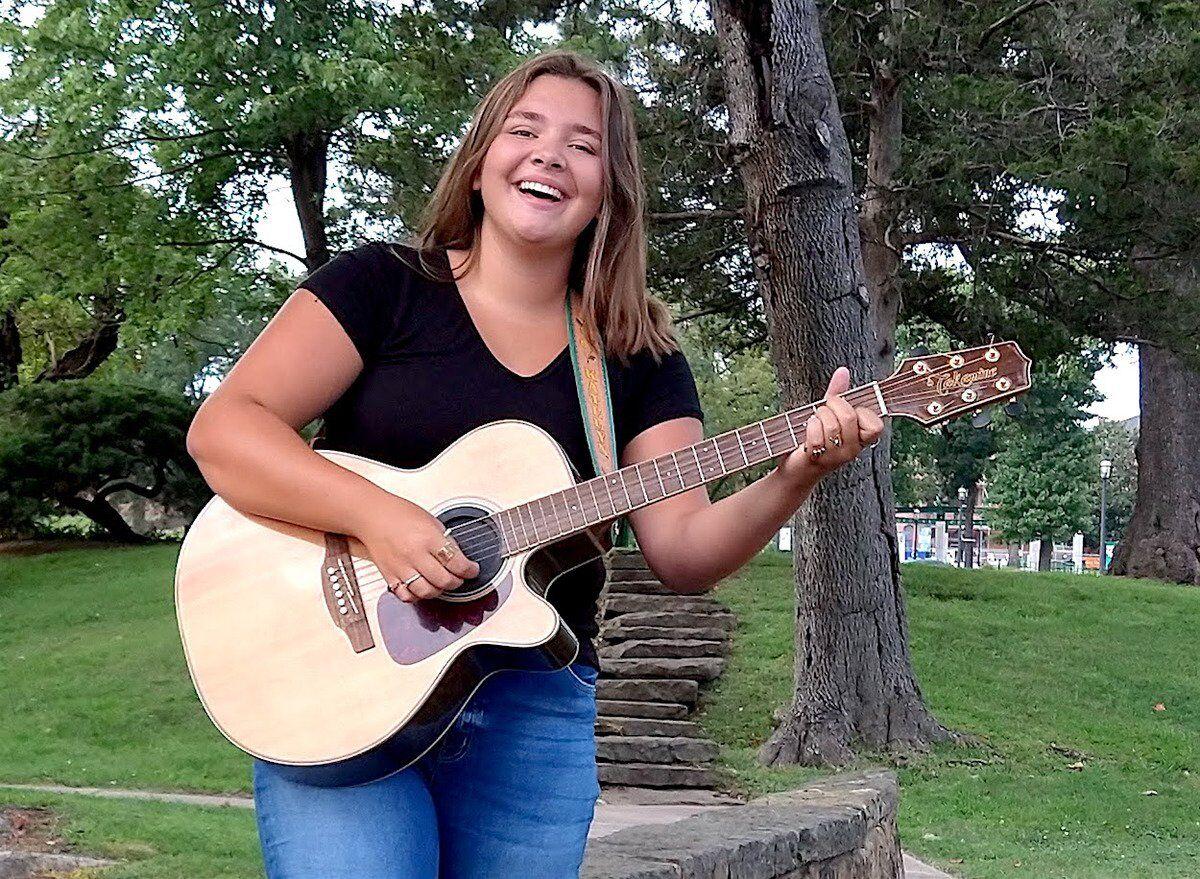 Katelyn Myers, a 15-year-old Tahlequah High School student and member of the Iowa Tribe of Oklahoma, has passed the first rounds of auditions for "American Idol." She is anxiously waiting to hear when filming will begin for the TV competition. 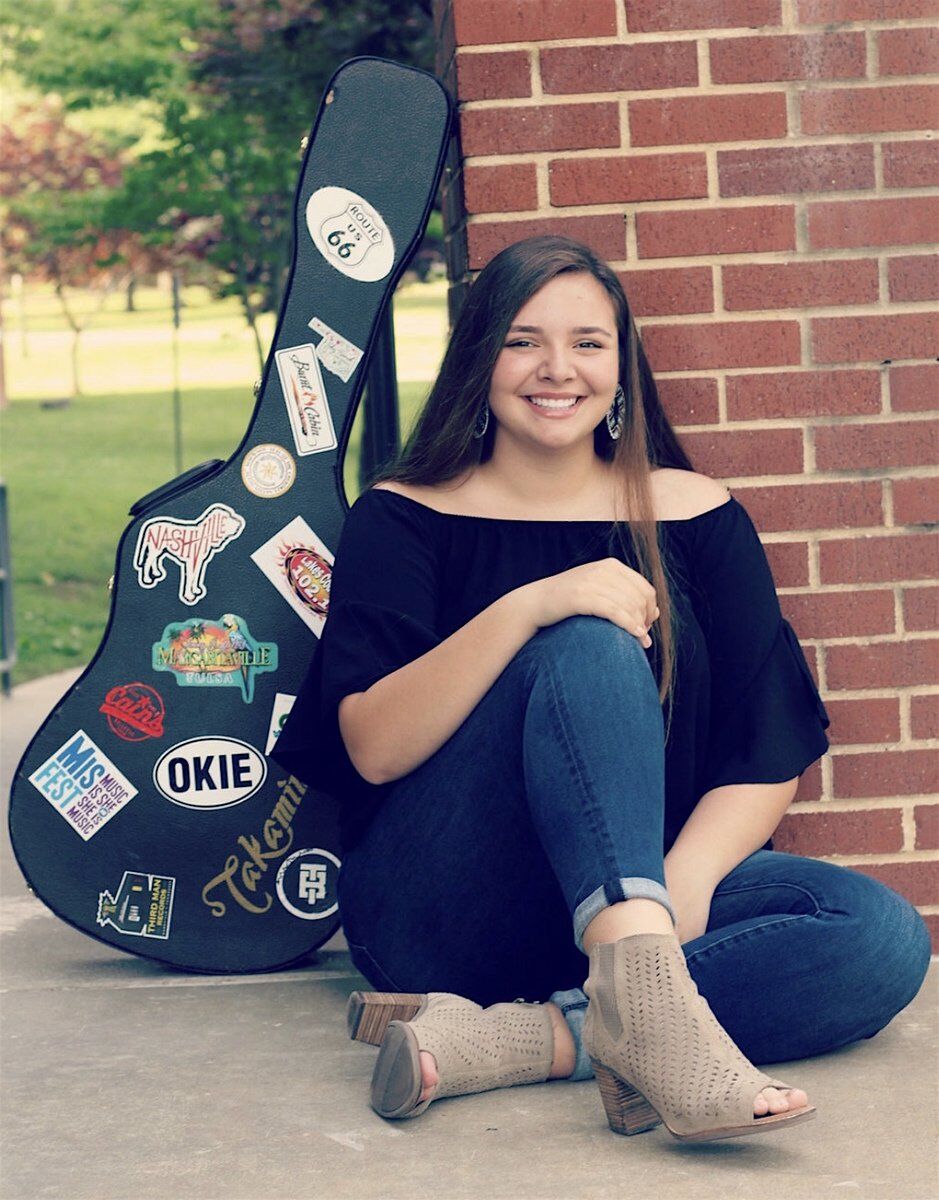 Katelyn Myers has been playing music since she was 6 years old. Now, at 15, the Tahlequah High School student has been selected to compete on "American Idol." 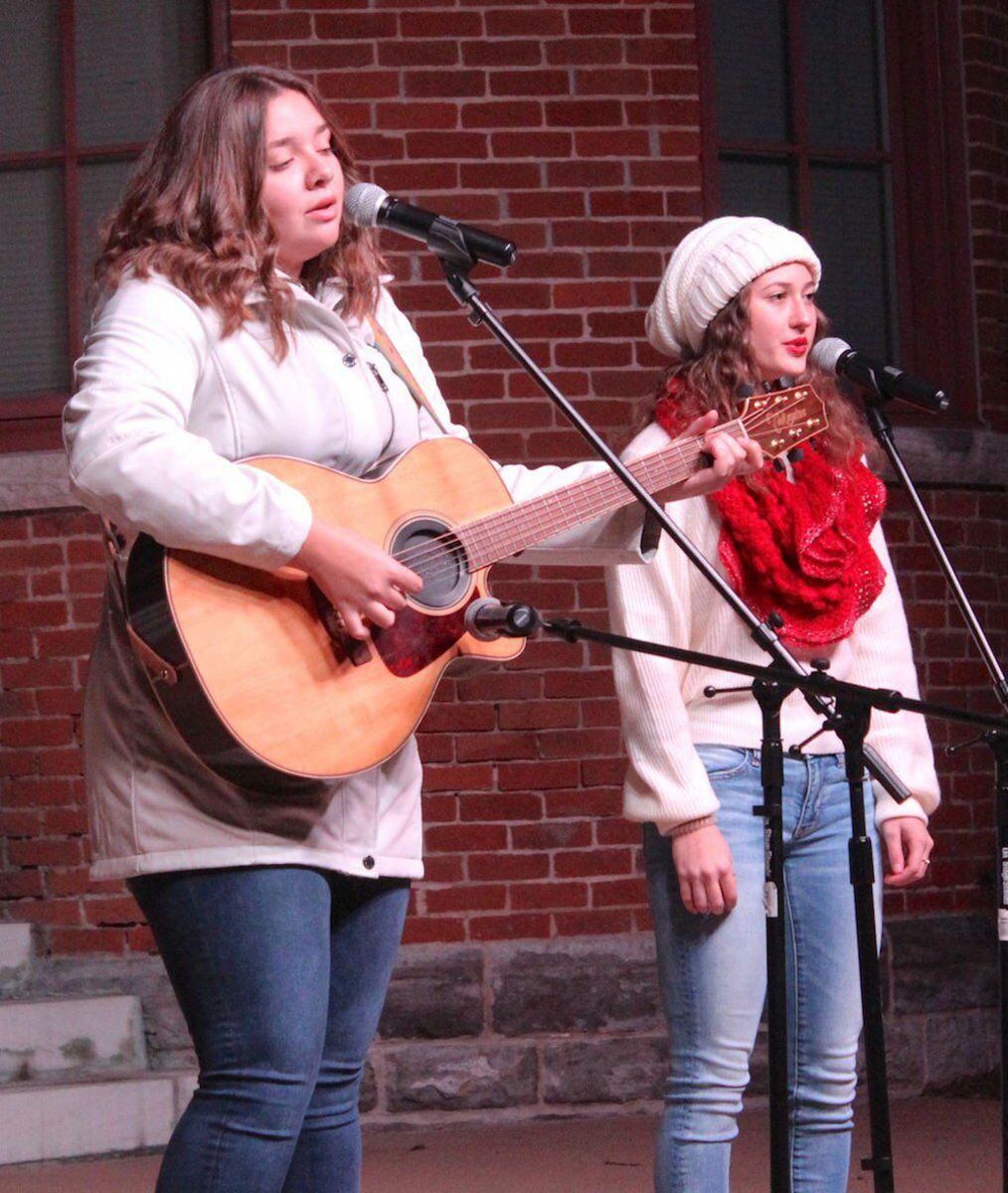 Even while making names for themselves, Tahlequah High School students Katelyn Myers, left, and Jadyn Dawson perform for community events, such as the 2019 Lights On at Northeastern State University Seminary Hall.

Katelyn Myers, a 15-year-old Tahlequah High School student and member of the Iowa Tribe of Oklahoma, has passed the first rounds of auditions for "American Idol." She is anxiously waiting to hear when filming will begin for the TV competition.

Katelyn Myers has been playing music since she was 6 years old. Now, at 15, the Tahlequah High School student has been selected to compete on "American Idol."

Even while making names for themselves, Tahlequah High School students Katelyn Myers, left, and Jadyn Dawson perform for community events, such as the 2019 Lights On at Northeastern State University Seminary Hall.

The past two weeks have moved Tahlequah High School sophomore Katelyn Myers closer to her dream of being a famous musician, as she has auditioned for and made it through the first round for the hit TV competition “American Idol.”

“It hasn’t been that long and it’s already pretty crazy and exciting,” said Katelyn. “I’ve always wanted to audition for ‘American Idol.’ I just turned 15 in May, so this is the first year I could."

No stranger to the spotlight, Katelyn got her first guitar at the age of 6, and started piano lessons at The Music Room with Dana Waters the following year.

“She taught me everything I know, except for my karaoke skills which I got from my mom,” said Katelyn.

Her mom, Kelly Myers, has given her more than that. The two were involved with Oklahoma Kids for numerous years, and the program offered Katelyn opportunities to fine tune her skills, meet other artists, and participate in major competitions.

“I haven’t been with Oklahoma Kids for two years. I’ve been really busy with school stuff,” said Katelyn. “I still keep up with them. They’re doing awesome.”

Myers said she is beyond proud of her daughter’s accomplishments, and that music has always been Katelyn’s passion.

“You always want your kids to follow their dreams; she’s living it now. I can’t wait to see what she does next. I tell her to take part in everything,” said Myers. “I’ve loved the support the town has given her, and the support of local musicians. Because she’s 15, she can’t play a lot of shows by herself, like in bars, but other musicians invite her to play with them. It’s really cool to see.”

Due to her honors classes – which was her entire schedule – not being offered virtually, Katelyn is attending school on site. But being on campus gives her time to be with “her people.”

“I love my choir. It was cool to move up to high school and find my people. They’ve always been really supportive of me,” she said. “My choir teacher [Holly Sisk] is awesome.”

Katelyn said people have stopped her in the halls to congratulate her since the school announced on Facebook about her appearing on “American Idol.”

Facebook, in fact, is how Katelyn came to find out about the virtual auditions.

“I was in the Zoom audition for about 2 1/2 hours, which is relatively quick,” she said. “It’s better than having to wait in line for three hours.”

Katelyn said she was initially in a Zoom room with other musicians, but they were each pulled out one-by-one and didn’t hear each other perform.

“That was nice because I would’ve been nervous,” said Myers, who still gets jittery before going on stage. “It was well managed, and it didn’t make me nervous.”

When selecting songs to perform, Katelyn said a lot of them come from her mom’s suggestions or from hearing them on the radio.

“If I like the lyrics, that plays a big part. If I hear a good song, I want to sing it,” she said.

While she can play multiple instruments – mainly by ear, not by reading music – Katelyn only played guitar for her “American Idol” audition.

“I wanted to do auditions from my room. I wanted to play piano, too, but that seemed like a lot of switching around because it was in another room,” she said. “Imagine auditioning for ‘American Idol’ from your bedroom. It was really cool.”

The songs Katelyn played and sang during the auditions were: “Don’t Know Why” by Norah Jones; “Low” by Carrie Underwood; and The Animals’ “House of the Rising Sun,” which is a song Katelyn has received great response from.

“It’s really cool that Carrie Underwood went to NSU [Northeastern State University] and worked a few blocks from my house, and I auditioned with a Carrie Underwood song – it all connects a bit,” said Katelyn. “She won ‘American Idol’ 15 years ago, two weeks before I was born.”

The history of the stars that “American Idol” has produced since it premiered in 2002 is amazing to Katelyn and part of the draw to be involved with the program.

“Standing next to the logo made me want to do cartwheels, and I can’t do cartwheels,” she said. “We have no idea what’s going to happen next. I’m looking forward to it, whatever it is.”

While “American Idol” producers are hoping to be on schedule for a new season in 2021, Katelyn and her mom are now just waiting for news and updates on any activities or filming.

In the meantime, Katelyn will focus on school, continue to post videos on social media, and write her own music when the muse strikes.

To learn more about Katelyn Myers, hear her perform, or to show her support, visit www.facebook.com/Katybugsings or find her on Instagram.