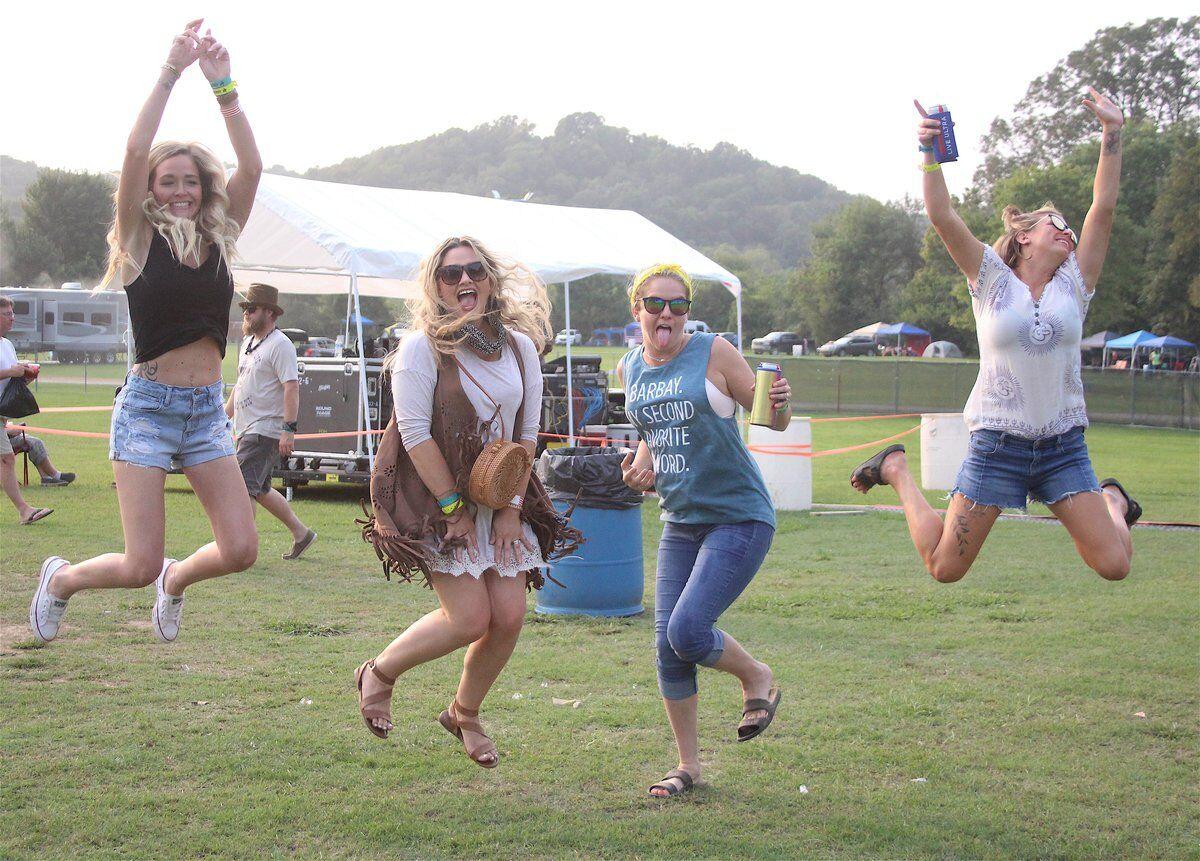 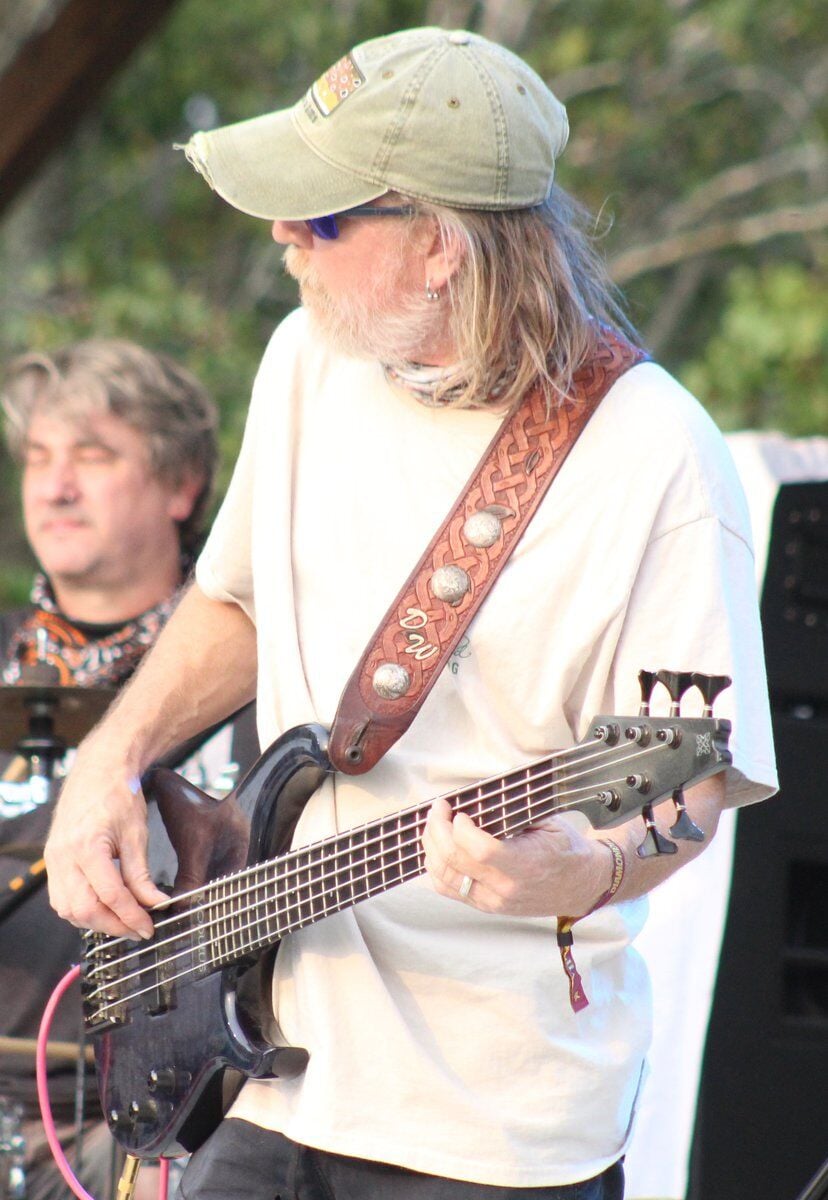 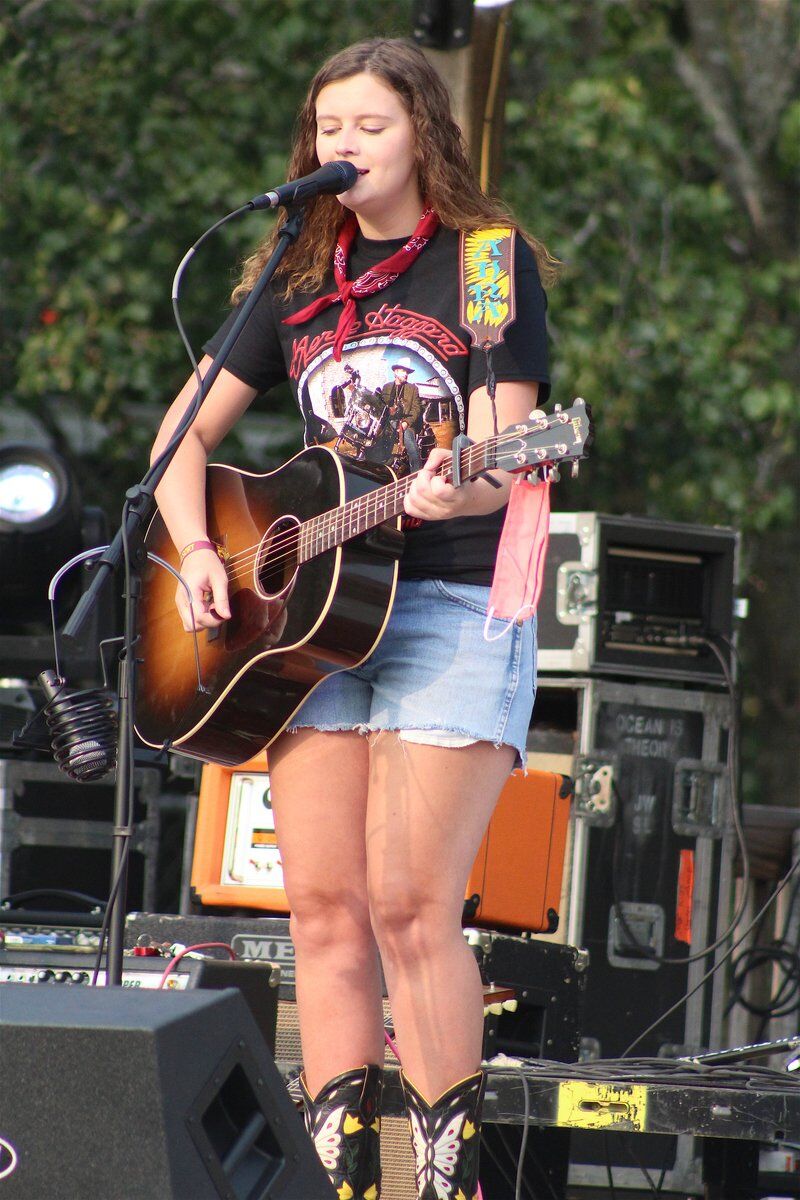 It wasn't the Medicine Stone Music Festival, but it was the next best thing at Diamondhead Resort Friday evening, as several familiar musicians took the stage and seasoned festival goers convened for the float operator's End of Season Show.

Travelers from all over slowly crept into the resort's spacious grounds, prepping their campsites for the two-day event along the Illinois River. Many of those who made it out on the first day were just happy to see any type of concert held, as the pandemic has nixed outings like Medicine Stone across the country.

Rob and Mary Stone were one of the first to make it inside the stage area, setting up their lawn chairs to settle in for a long night of music.

"I was kind of wanting to see some of the bands they're having," said Rob. "We know some of them from coming to Medicine Stone. Honestly, I was just kind of craving to get out and hear some live music."

The pair traveled about 45 minutes to make it to the show. With a dog at home they needed to take care of, their plan was to go home after the music ended and to drive back out Saturday for the remainder of the festivities.

With campsites on the banks of the Illinois River, many attendees enjoyed taking a float trip before they made their way to the red dirt scene. Mark Andrew traveled from New Braunfels, Texas, to be there. Being from New Braunfels, which is also known for its float recreation, Andrew let the other 20 members of his group sail down the river while he made his way to listen to the music. The vibe is what he was there for.

"I've got to tell you, it's a really cool, laid-back, easy-going, no-drama type of weekend," said Andrew. "I was really happy to see them doing this. We were coming up here this weekend anyway, before we even heard they were having this."

Medicine Stone had become more than just a festival for many folks; it's a community. A Facebook group - Medicine Stoners - has more than 2,000 members, many of which frequently post to the platform. Brittany Ballard attended the past two years. And while the End of Season Show was an alternative festival to Medicine Stone, it didn't stop her and her friends from joining in on the occasion.

"We're excited to be here," she said. "It doesn't matter. We'll still come together and be musicians and have fun. It's like we're family. It's a Medicine Stone family and you can come from all over the United States. There's people that travel over 20 hours to get here."

The end-of-season bash wasn't without its area locals, either. Jeff Hudgens, who had never attended Medicine Stone, actually threw in a few dollars to sponsor the event. Thus, Diamondhead Resort's gravel bar stage was named after him this year: King of Tahlequah Gravel Bar Stage.

"My buddy Daniel Tye sat down at the house and said, 'Well, I need one more sponsor to get the show on Friday rolling.' I was like, 'I'll do it,'" said Hudgens, as he raised his hand. "It sounded like a good time and I like seeing people have fun."

The King of Tahlequah Gravel Bar Stage will have Jake Marlin perform at 2 p.m. Following him are: Autumn Ragland, 5 p.m.; Megan Marlene, 8 p.m.; and The Great American Wolf, 11 a.m.