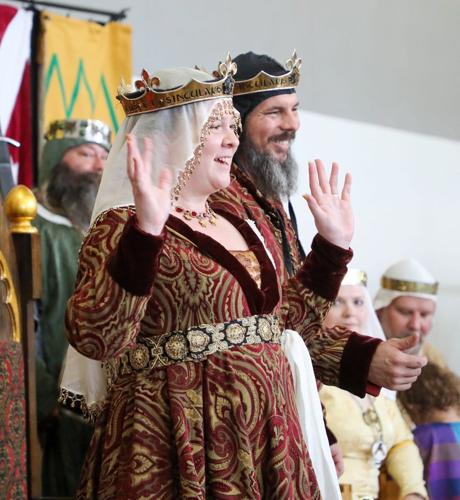 The King and Queen of Ansterorra, John Keown and Sarah Keown of Haltom City, Texas, address the attendees. 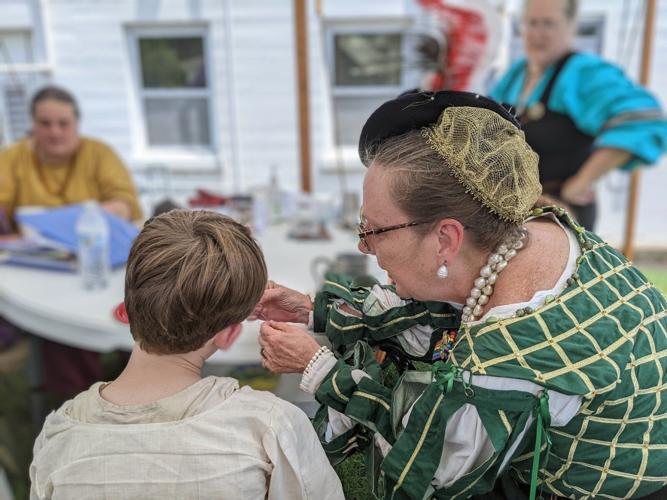 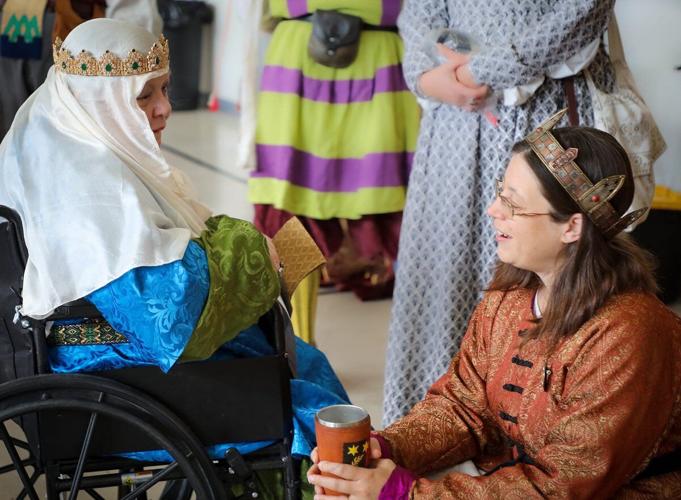 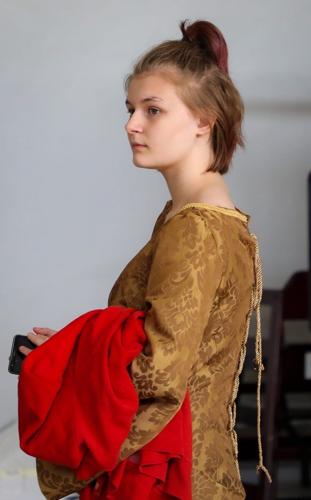 Kenia Etsminger of Tahlequah wears a gold dress, while carrying a red shawl.

The King and Queen of Ansterorra, John Keown and Sarah Keown of Haltom City, Texas, address the attendees.

Kenia Etsminger of Tahlequah wears a gold dress, while carrying a red shawl.

On June 11, the Middle Ages came to life in Tahlequah. The Canton of Wyldewode, the local chapter of the Society for Creative Anachronism, hosted King's College in the Activities Building of the First United Methodist Church.

The Society for Creative Anachronism is an international nonprofit volunteer educational organization. It is devoted to the research and recreation of pre-17th century skills including the arts, combat, and culture of that time. The members of the SCA employ knowledge of history to enrich the lives of participants through events, demonstrations, and other educational presentations and activities.

At King's College, 114 participants from throughout Oklahoma, Texas, and Missouri attended over 30 classes in combat archery, costuming, cooking, music, dance, and fiber arts. Medieval recipes were used to prepare and serve breakfast and lunch. Fourteen children attended the event and learned how to make bread, make a felt belt pouch, and learned about heraldry. A royal court was held, presided over by a king and queen with a princess, baron, and baroness also in attendance.

The Canton of Wyldewode's next meeting is June 18 at 4 p.m. in the gymnasium at the Activities Building of the Tahlequah United Methodist Church. It is open to the public. For information about the group on Facebook @Wyldewode and at https://ansteorra.org/wyldewode/.