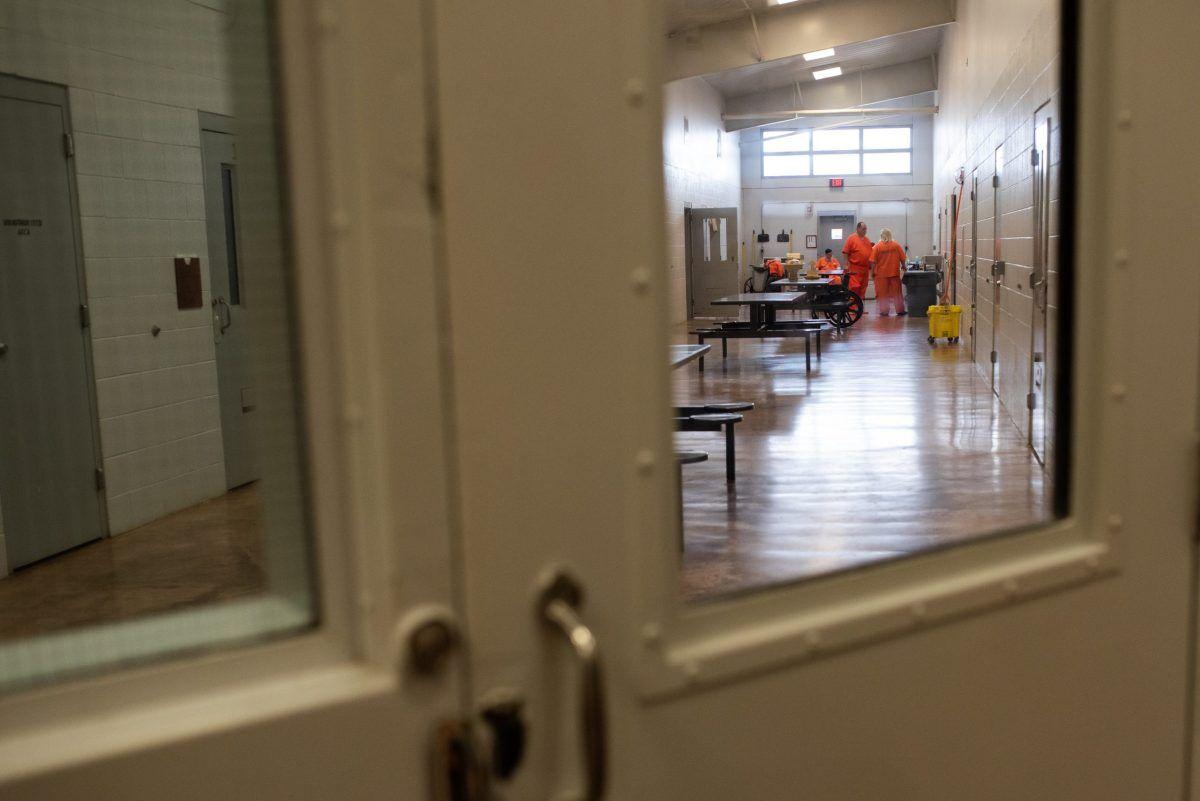 Inmates gather in a common area outside of their cells at Joseph Harp Correctional Center in Lexington. 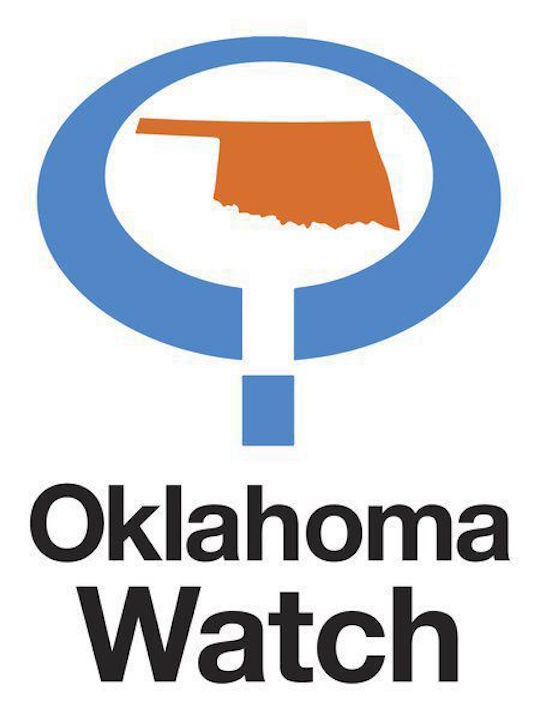 Inmates gather in a common area outside of their cells at Joseph Harp Correctional Center in Lexington.

It was a long 18 months for Chele Mickle and her brother Charles, who is serving 30 years at the Davis Correctional Facility in Holdenville for armed robbery.

The siblings reunited May 4 during a two-hour socially distanced and masked visit. While corrections officers restricted physical contact, Mickle said the in-person visit was more fulfilling than a phone call could ever be.

“He probably cried 75% of the time we were there,” she said via phone following the visit. “He’s done some rough time, he’s been at McAlester, but he said being at Davis has been some of the roughest time he’s ever done.”

Visitors are coming back to state prisons and reuniting with their loved ones, in many cases for the first time in more than a year, as COVID-19 cases in Oklahoma’s corrections system steadily decline. Volunteers who lead religious services and skills-based classes are also set to return later this month.

The Department of Corrections closed facilities to visitors last March after state health officials warned of COVID-19 community spread. The agency reinstated family visitation with restrictions in late May 2020 but shut it down again in September after mass outbreaks at several prisons.

Many of the incarcerated live in dormitory-style housing units not conducive to social distancing. More than 7,400 state prisoners have tested positive for COVID-19 and at least 52 have died since last April. The state medical examiner’s office is investigating three other deaths possibly related to COVID-19.

A few weeks later, more than 80% of the population at the William S. Key Correctional Center near Fort Supply in northwest Oklahoma tested positive for COVID-19. A prisoner released from the facility in early October told Oklahoma Watch that staff regularly ignored mask and social distancing protocols and dozens of inmates were transferred to the facility without first being tested for COVID-19.

Nationally, COVID-19 cases in prisons peaked in December, according to data compiled by The Marshall Project and The Associated Press. Oklahoma ranks 26th nationally in cases per 10,000 prisoners, according to media outlets’ analysis.

Citing encouraging trends in case numbers, corrections officials allowed family visitation to resume early last month. This week the agency announced that volunteers would be allowed to return in coordination with facility wardens.

The decision is welcome news for Prison Fellowship, a Christian nonprofit organization that leads church services and teaches classes in seven Oklahoma prisons.

Now that a significant number of prisoners have been vaccinated, Franklin said volunteers are eager to rebuild personal relationships. Some programming will remain virtual through the summer with a full in-person return expected by the fall, Franklin said.

“We have not lost anyone on the volunteer side, and we haven’t had a facility that didn’t agree to restart and relaunch programming as soon as possible,” she said. “What concerns we had in the beginning we no longer have. Everyone is so ready to get back in, and even DOC is excited to get programming again because it’s such a help.”

Classes and worship services will be capped at 50% capacity, and volunteers and prisoners will be required to wear a face mask at all times.

Most Prisoners, Some Corrections Staff Get Vaccinated

As of Thursday afternoon, 11,801 state prisoners and 1,087 corrections staff had been vaccinated against COVID-19, agency spokesman Justin Wolf said. The corrections department houses just under 21,500 prisoners and employs about 4,500.

The staff vaccination total does not include employees who opted to get vaccinated at an off-site location. The agency says it cannot compel staff to provide proof of off-site vaccination.

Every prisoner in the state had been offered the vaccine by the end of April, Wolf said. Those who were hesitant weeks ago and have since changed their mind about getting inoculated can alert medical staff through a written form.

Though COVID-19 outbreaks have correctional facilities across the U.S., officials in several states have encountered widespread vaccine hesitancy among people who live and work in prisons.

For the incarcerated, mistrust of prison medical staff and the history of medical experimentation on incarcerated people has been a driver of skepticism. The Marshall Project reported in March that corrections officers in several states have refused the vaccine because they fear side effects or have been influenced by misinformation or conspiracy theories.

Wolf said Oklahoma’s corrections department has tried to squash misinformation by broadcasting facts about how the vaccine was developed and why it’s safe on commonplace televisions.

Corrections officials in other states are betting on incentives to drive up vaccination rates and reduce the likelihood of future outbreaks.

Colorado is offering a $500 bonus to prison staff who provide proof of vaccination by May 15. The agency could end up paying out more than $3 million, depending on how many of the state’s 6,500 prison workers opt to get the shot.

In North Dakota, prison officials tied the return of in-person visitation to the number of prisoners willing to get vaccinated. At least 70% of the state’s prison population had been vaccinated as of late February.

North Carolina prisoners who choose to get vaccinated receive five days off their sentence, extra visits and free phone calls.

Mickle’s brother Charles opted not to get vaccinated, citing skepticism that it was developed too quickly and could cause long-term side effects. Medical experts have found that severe vaccine side effects are extremely rare and almost always occur within two months of inoculation.

Modest incentives, like a commissary credit or days taken off a sentence, likely would not be enough to sway skeptical Oklahoma prisoners towards getting vaccinated, Mickle said.

“I’m not sure if a week would do much because he still has eight years left,” she said. “It would probably have to be a year or more for him to take the vaccine.”

Dale Bratzler, Chief COVID-19 Officer at the University of Oklahoma, told Oklahoma Watch in March that 60 to 80% of a population likely needs to get vaccinated to achieve widespread immunity. Most facilities have likely achieved some form of immunity through a combination of vaccinations and natural infection, Bratzler said, but that protection could wane over the next several months.

“If you had a correctional facility with staff and prisoners who have refused vaccines, you could see some outbreaks in that setting,” Bratzler said.

Wolf said the corrections department will continue to distribute information about the vaccine, but no new incentive programs for staff or prisoners are planned.

The agency’s mask mandate for staff, prisoners and visitors remains in effect indefinitely.

TAHLEQUAH - Gary Allen Goodwin was born on February 10, 1961, in Tucson, Arizona to William O and Loretta Irene Goodwin. He was the fifth son and sixth child. He graduated from Muskogee High School then attended Northeastern State University where he joined his brothers in the Sig Tau Frater…