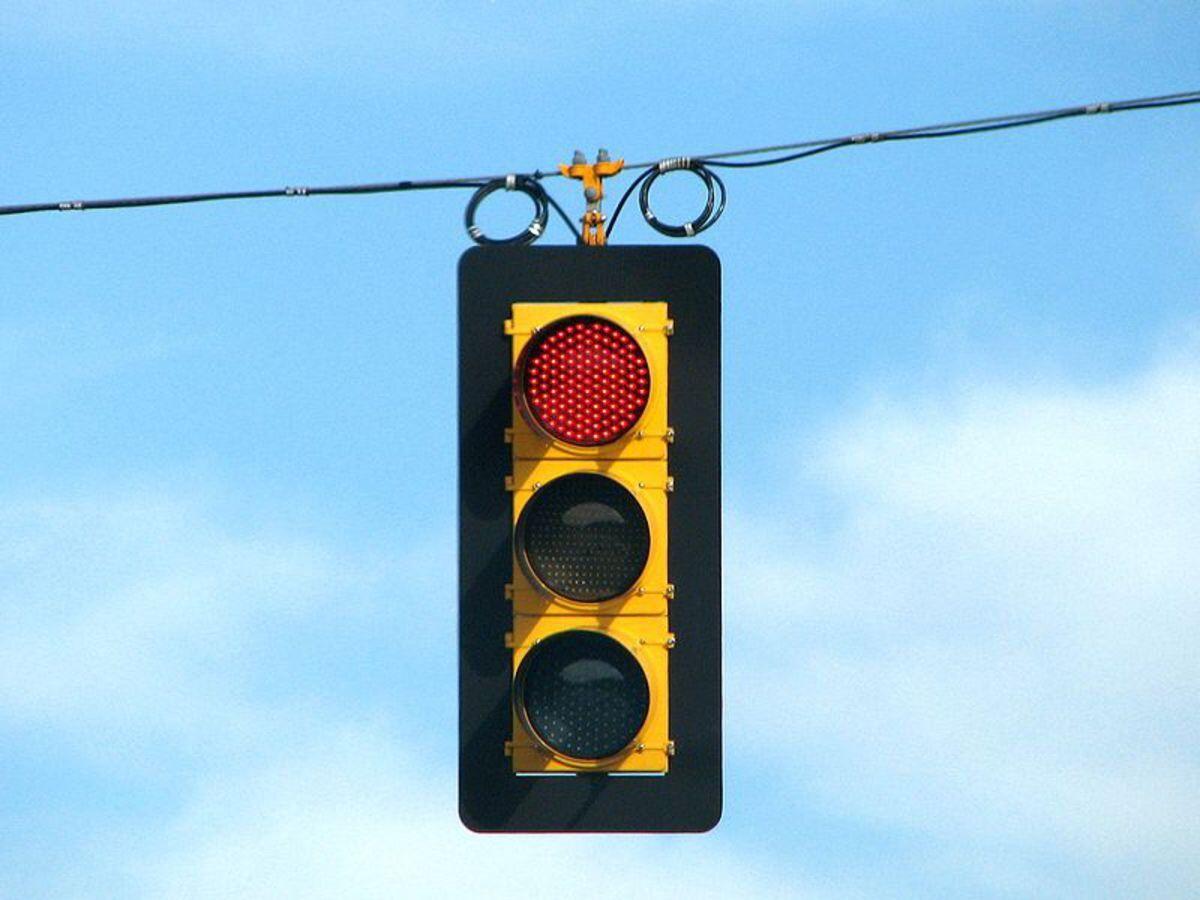 Most of the traffic lights around Tahlequah use a inductive loop system. 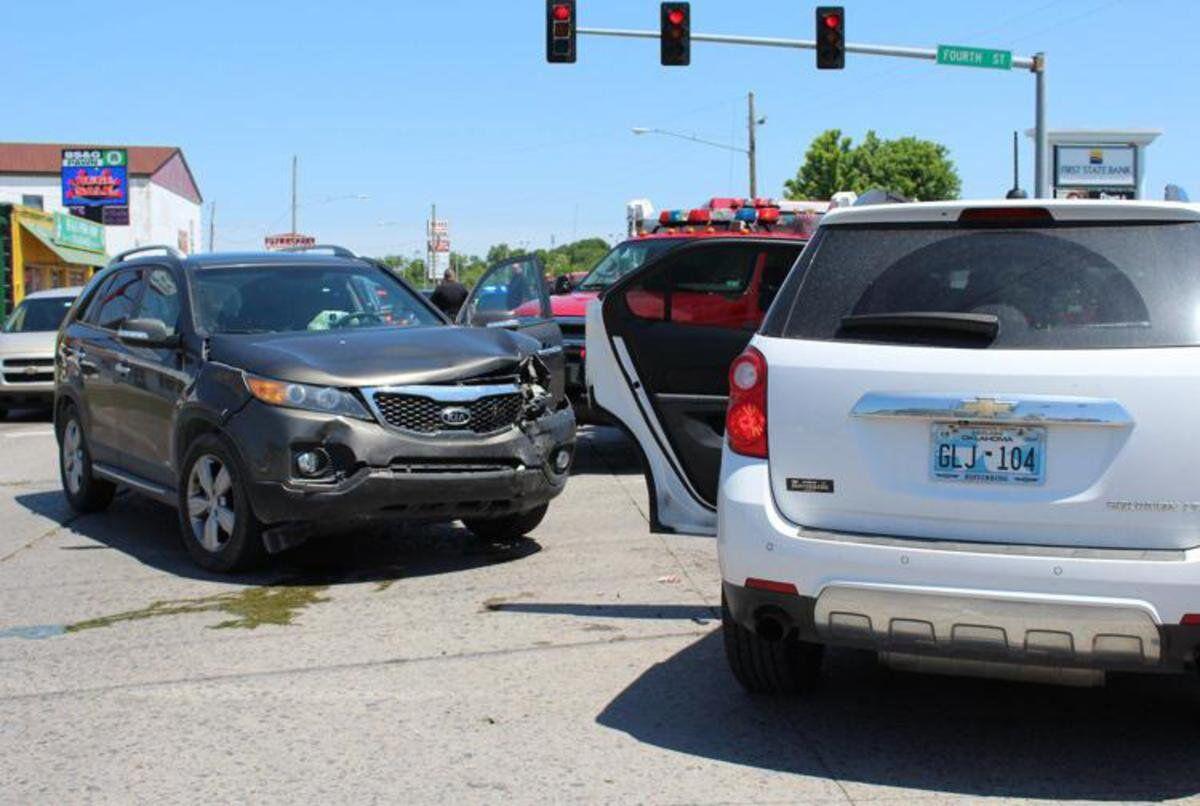 A two-vehicle collision stops traffic at the intersection of Muskogee Avenue and Fourth Street.

Most of the traffic lights around Tahlequah use a inductive loop system.

A two-vehicle collision stops traffic at the intersection of Muskogee Avenue and Fourth Street.

The first traffic signal is believed to have been used on a busy intersection in London, England, in 1868, when J.P. Knight invented a device operated by a policeman. It used a semaphore during the day, and red and green gas-powered lamps at night.

Meanwhile, there are various claims as to when the first electric traffic signal was invented. inventor Garret Morgan has been credited with a traffic signal he patented in 1923, but the first one put into place in the U.S. was in Cleveland, in 1914. That signal, invented by James Hoge, used four pairs of red and green lights as stop-and-go indicators.

Since that time, several technologies have been used to detect vehicles as they pull up to intersections. The most commonly used in the U.S., and Tahlequah, is the inductive loop.

"There are wires that are installed into the road itself," said Gary Stevens, from Tahlequah Public Works Authority. "They detect vehicles when they come across them and send a signal to the controller cabinet to let them know."

The loops are installed after asphalt it laid. Workers cut a groove in the asphalt and place the coil of wire before sealing it with a rubbery compound. When a loop is broken, they can't detect the vehicles. When that occurs, Stevens said TPWA must set a timer on the traffic lights.

Steven said TPWA is looking at ways to improve traffic flow from the Bertha Parker Bypass and Muskogee Avenue to State Highway 82.

"They've come out with a radar that goes up on the pole," he said. "They also have a camera, but it didn't work for us. It had too many problems. With the radar, they sit on the arm and there's no lens you have to clean."

Tahlequah had two intersections in the past that used camera detection, but according to Stevens, problems arose on a weekly basis. One was for the traffic light at the intersection of Stick Ross Mountain Road and the Bypass.

"You had one that's pointed east," he said. "Every morning when the sun was coming up, it would lose detection, because the sun blinded it to where it couldn't see a car."

Every now and then, a traffic light will start flashing red. This can occur for various reasons. There could be an electrical blink, or momentary outage, or there could be an issue with a component in the traffic controller itself.

"If it detects any kind of fault, the first thing it does is go on flash," said Stevens. "That way, everybody has a chance to go. If it was just stuck on red and the other way green, you would never be able to go. So it automatically goes on flash for safety purposes."

When traffic lights are shut off, that is typically due to a power outage. TPWA takes care of about 29 intersections, and for about 10 of them backup batteries are installed. Stevens said TPWA hopes to acquire backup batteries for all of them, but it can cost about $10,000 an intersection.

"So we're working to get there. It just takes a while," he said.

On average, Stevens is out fixing a problem with a traffic light about twice a month. He said the biggest issue that prevents lights from working properly is a storm, which can shut out the electricity altogether or cause lightning damage.