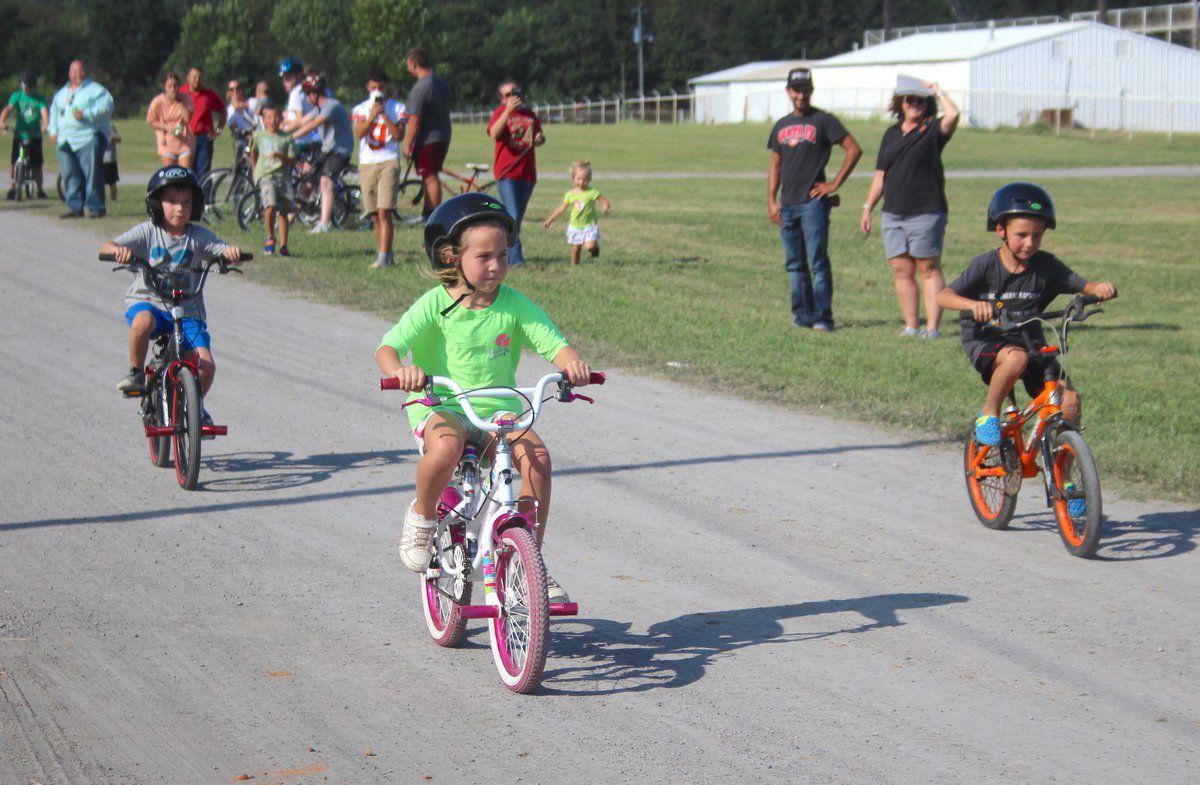 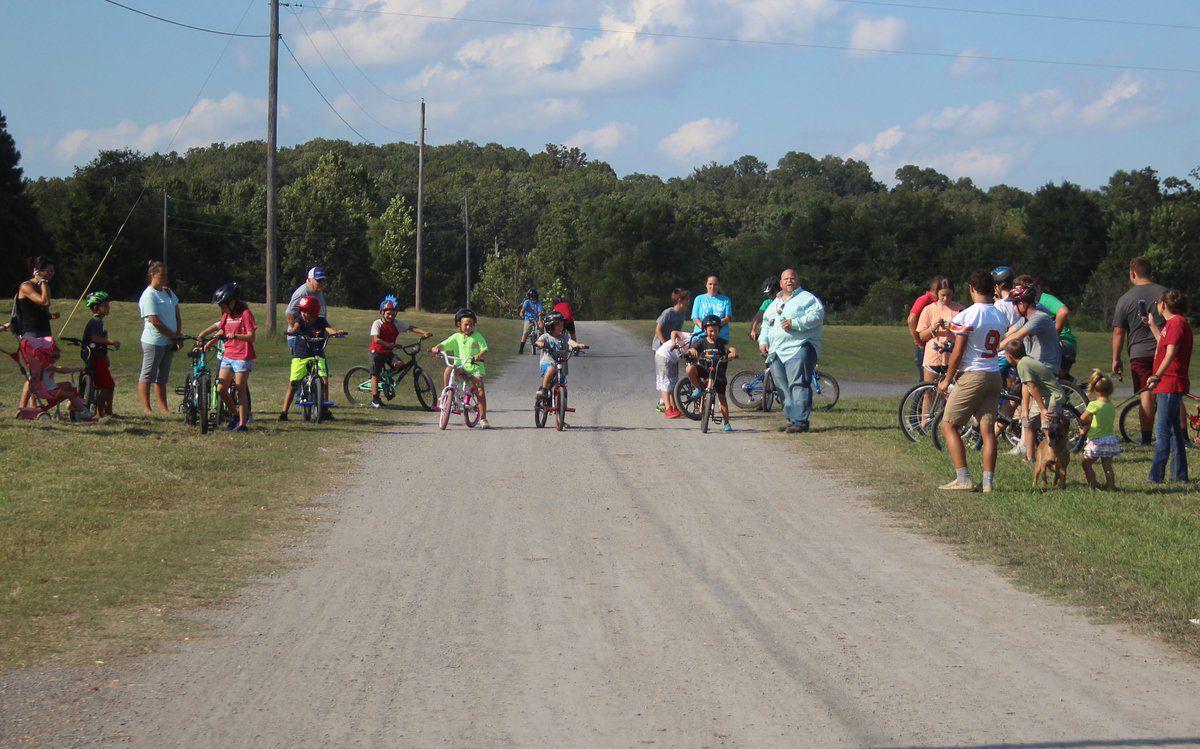 Competitors get ready for the new Bicycle Races event Wednesday during the Cherokee County Fair at the Fairgrounds. 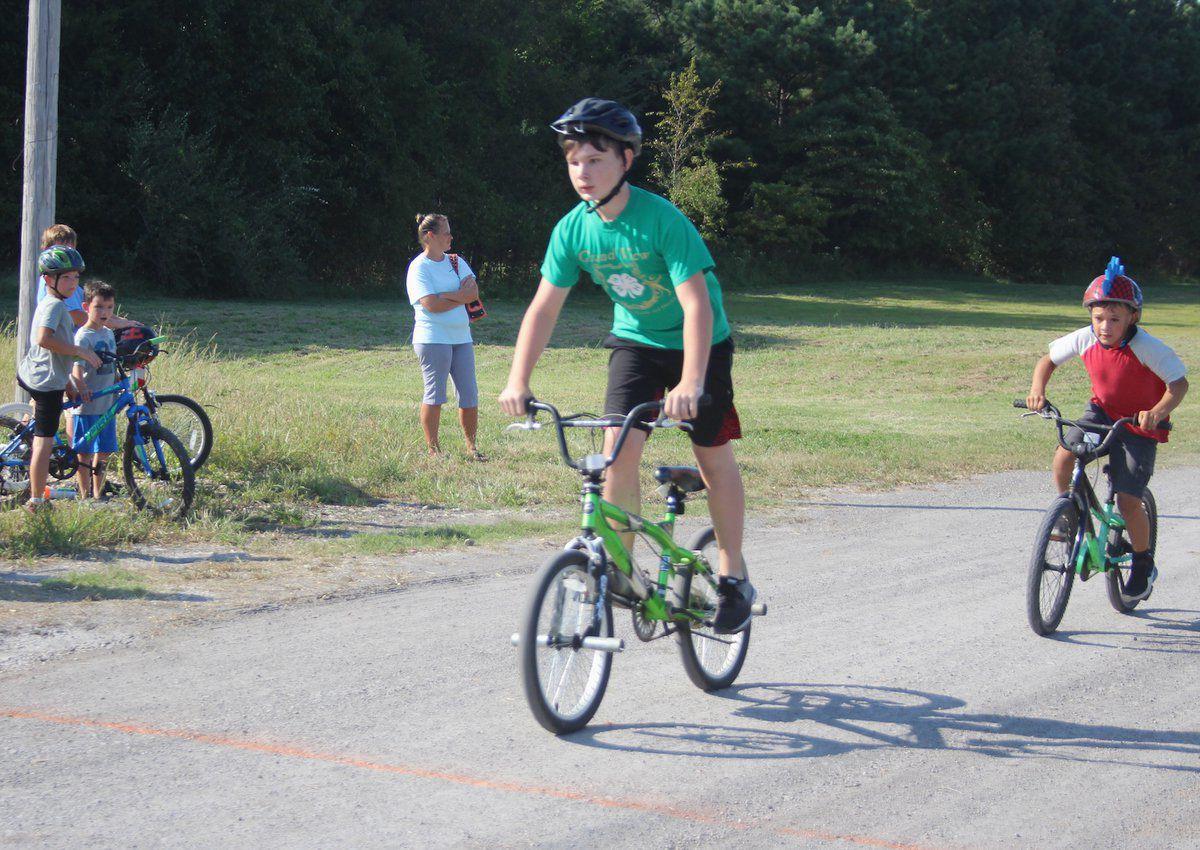 Mason Laymon, left, readies to cross the finish line in front of Gus McCrary Wednesday during the boys 8-11 division of the Bicycle Race event of the Cherokee County Fair. 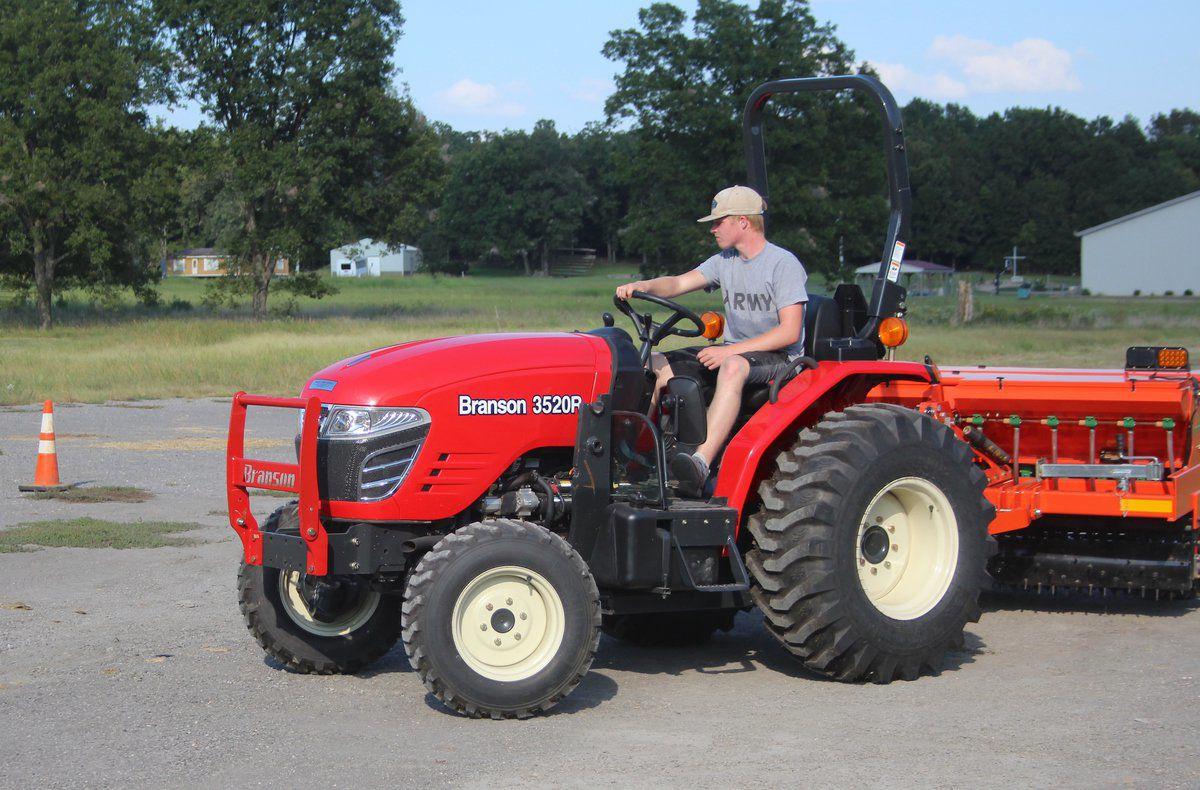 Hayden Nottingham, 14, came in third place out of four competitors of the Cherokee County Fair's Tractor Operators Contest Wednesday at the Fairgrounds.

Competitors get ready for the new Bicycle Races event Wednesday during the Cherokee County Fair at the Fairgrounds.

Mason Laymon, left, readies to cross the finish line in front of Gus McCrary Wednesday during the boys 8-11 division of the Bicycle Race event of the Cherokee County Fair.

Hayden Nottingham, 14, came in third place out of four competitors of the Cherokee County Fair's Tractor Operators Contest Wednesday at the Fairgrounds.

County fairs have a long history, but attendees can always see something new or different each year.

The races were Carl Wallace's idea.

"We can add new events whenever we want, but it has to go before the fair board to get approval," said Jody Vick, OSU Extension administrative support specialist. "We're short-staffed, so I'm glad Carl was here to help."

Wallace was the county 4-H educator at the OSU Extension Office until this school year, when he accepted a position with Tahlequah Public Schools.

"It was a good idea," said Heather Winn, family and consumer science educator and interim 4-H educator. "We're doing like a drag race."

Boys and girls raced separately down a strip of gravel road, so there was potential to have eight overall winners. Only two divisions had girls enter the races.

All competitors were required to wear helmets and to have their bikes in good operating condition.

The younger division had a closer starting line than the others, but they made up for it by continuing their race past the starting line, much to the amusement of those watching.

The 5-7 division had two boys and one girl racing. The winners were Carsen Crandell, 5, and Ronnie Secratt, 6.

Ronnie just got her training wheels off a couple of months ago. She raced with the boys her age and won that race.

"I've been practicing because I knew there was a bike race," said Ronnie. "The bike race isn't that hard."

The 8-11 division had two races, one for boys and one for girls. Mason Laymon, 11, and Ava Oxford, 10, were the division winners.

"I ride sometimes. This looked like fun," said Eli, a Hulbert student.

Clayton Wallace, 16, was the only competitor in his division. He also entered the Tractor Operators Contest, which followed.

The Tractor Operators Contest had two classes, but the four youths registered were all in Class 2 for ages 14-19. They had all competed in the event in years past.

Each contestant had to be a member of 4-H of FFA, and attending school in Cherokee County. All participants drive the same tractor, which was on loan from Adrian Farm Supply.

"They've done it for years, and we are thankful they do that," said Winn. "It makes it so they have good equipment, and it's higher tech for the kids."

That technology may have hindered some youths, as they are used to driving older family tractors.

The rules state that the top four contestants in Class 2 are eligible to compete in the Tulsa State Fair contest, so all who vied Wednesday are able to go, if they wish.

Kyle Welch, 17, was this year's top winner, and he competed in Tulsa last year.

"They were fast. There were two courses," said Kyle, a junior at Sequoyah High School.

Winn said the number of entries was a bit lower this year for Wednesday's activities, but she thought it was due to the fact they were a day earlier than normal.

Other activities at the fair Wednesday included the entry time for baked goods, the judging of the indoor exhibits, and Cat and Dog Show.

The public is welcome to view the indoor exhibits and any of the other events during the Cherokee County Fair.

Indoor exhibits - ranging from plant arrangements, posters, photography, canned foods, and more - will be available for viewing until 9 p.m. The Indoor Exhibit Building will be open Friday, 9 a.m.-6 p.m., and Saturday, 8 a.m.-2 p.m.

For more information about the Cherokee County Fair, call the OSU Extension Office at 918-456-6163.