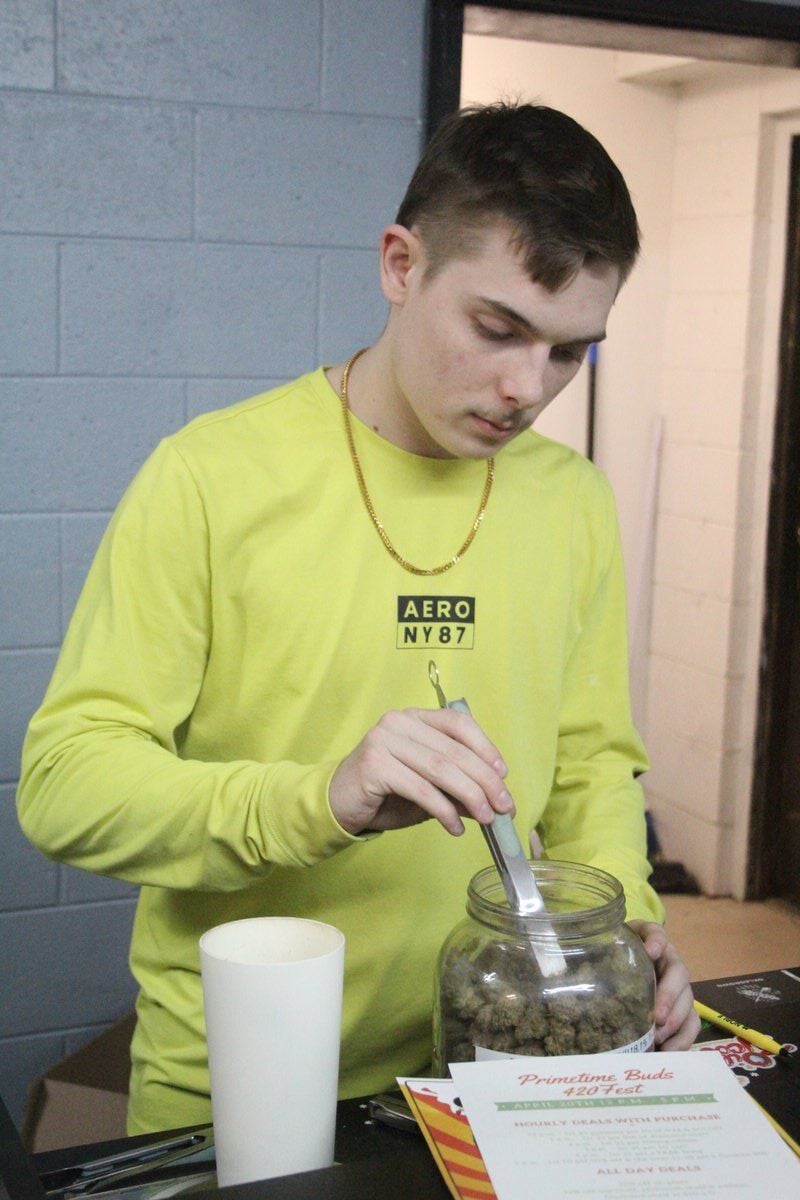 Justin McHenry weighs out produce at Primetime Buds in Tahlequah. 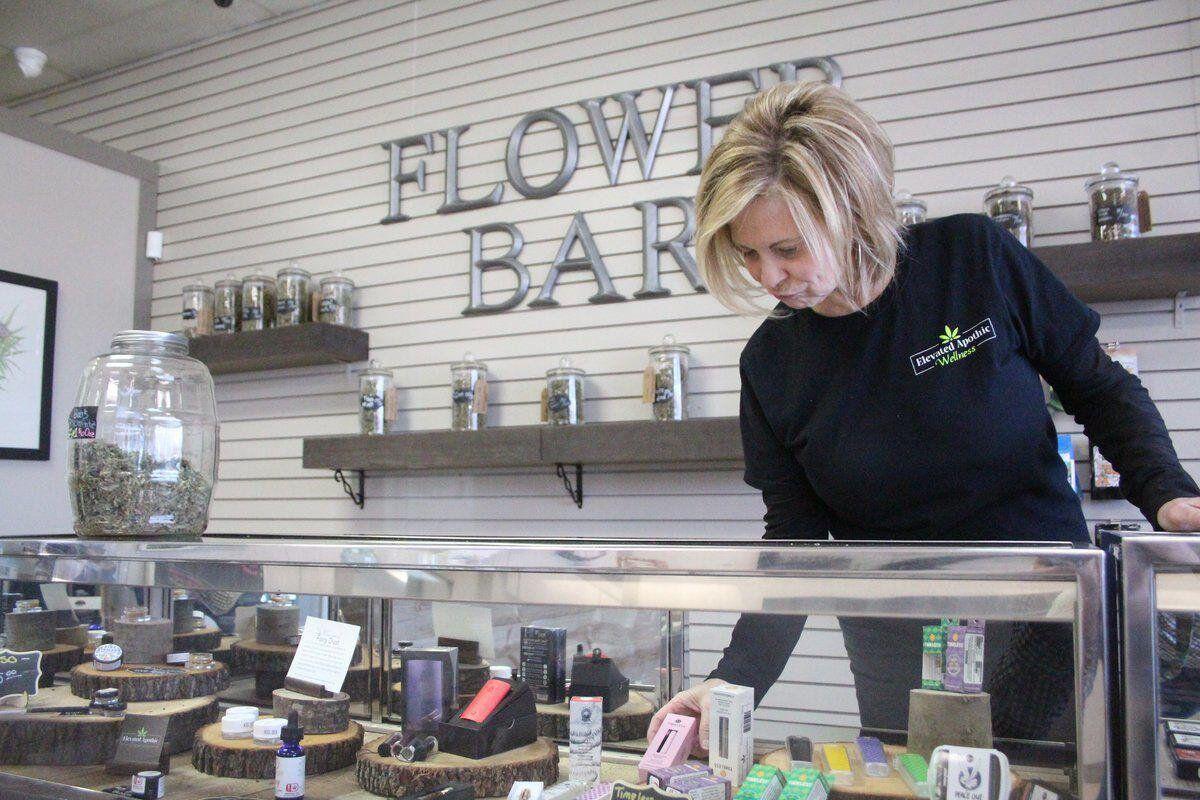 Justin McHenry weighs out produce at Primetime Buds in Tahlequah.

A combination of changes on how medical marijuana is tracked throughout the state, along with impending fees for local dispensaries, processors and growers, could alter the industry outlook in Tahlequah.

After Oklahoma legalized medical marijuana in 2018 through a citizen-led petition, dispensaries quickly began popping up. By 2020, there were more than 2,200 cannabis dispensaries around the state. That number could fall in the coming months, as dispensaries will have to spend more money to keep their doors open.

The Tahlequah City Council passed an ordinance during its last meeting to amend rules on establishing a new schedule of regular fees for various permits, violations, licenses, inspections and rentals. Among new fees established were a $1,200 annual medical marijuana dispensary license, an $1,800 fee for a medical marijuana processing license, and a $2,500 cost for a grow license.

Mayor Sue Catron said the fees on the new schedule will go into affect July 1.

“So by putting these [fees] into a schedule that is reviewed once a year, then it is easy for the public and the city to see a list of all the fees, and here’s how much they are,” said Catron. “And you can only change that schedule through action of the council.”

Meanwhile, the Oklahoma Medical Marijuana Authority has entered into a contract with Metrc to use its track-and-trace system. Metrc will keep tabs on all medical marijuana products being grown, processed, transported, tested and sold in the state. Every grower, processor, and dispenser will have to purchase RFID tags, and all cannabis businesses will be required to pay a $40 monthly fee to be in the Metrc system.

“Now that the state has taken on the system, it will be running everything,” said Bob Holmes, owner of Elevated Apothic in Tahlequah. “In the past, our tags were costing us about half a cent. Now, we’re going to have to pay 25 cents per tag.”

With every product a dispensary sells, it will have to include one of the tags. Metrc also charges 45 cents per plant tag. The system is set to officially be in place April 30.

Those who have driven past or patronize the many dispensaries in Tahlequah have likely noticed some tend to get more business than others. While Primetime Buds Manager Blaine Mooney said his shop should be able to keep its head above water, he’s not sure others will be able to stay in business.

Despite the fact that medical cannabis retailers in the state collected more than $831 million in total revenue in 2020, according to the Oklahoma Tax Commission, fewer dispensaries may be what state officials are hoping for. One piece of legislation that’s passed the state House and received approval from Senate committee members would limit the number of dispensaries, growers and processors in the industry. While there are more than 10,000 now, the bill would seek to lower that number to below 8,000.

That bill has not been signed into law, yet, but it’s possible the increase in fees and taxes would help that cause. The situation might also deter others from starting new dispensaries.

“We’re in the process of opening another one, and we don’t, at this point, kind of even want to anymore,” Mooney said. “We’re going to, anyway, but it’s going to be so expensive.”

It’s possible the cost of such changes could be incurred by medical marijuana patients. Mooney doesn’t think it will, as he believes there are enough shops in town to keep competition high and prices low.

But Holmes isn’t as convinced.

“I know a lot of towns are trying to do this. They see an opportunity for them to make more money, so they’re trying to pass all of these regulations,” he said, referring to the city’s new fee for dispensary licenses. “The problem is, it’s not only hurting the people who own the businesses, it’s also going to hurt the consumer.”

The situation could also generate a legal battle among local business owners and the city. Holmes said he’s already been approached by several people who would like to file litigation.

“If Tahlequah tries to add on an extra fee that they’re not charging a restaurant or a clothing store, I think there would probably be grounds for a lawsuit,” he said.