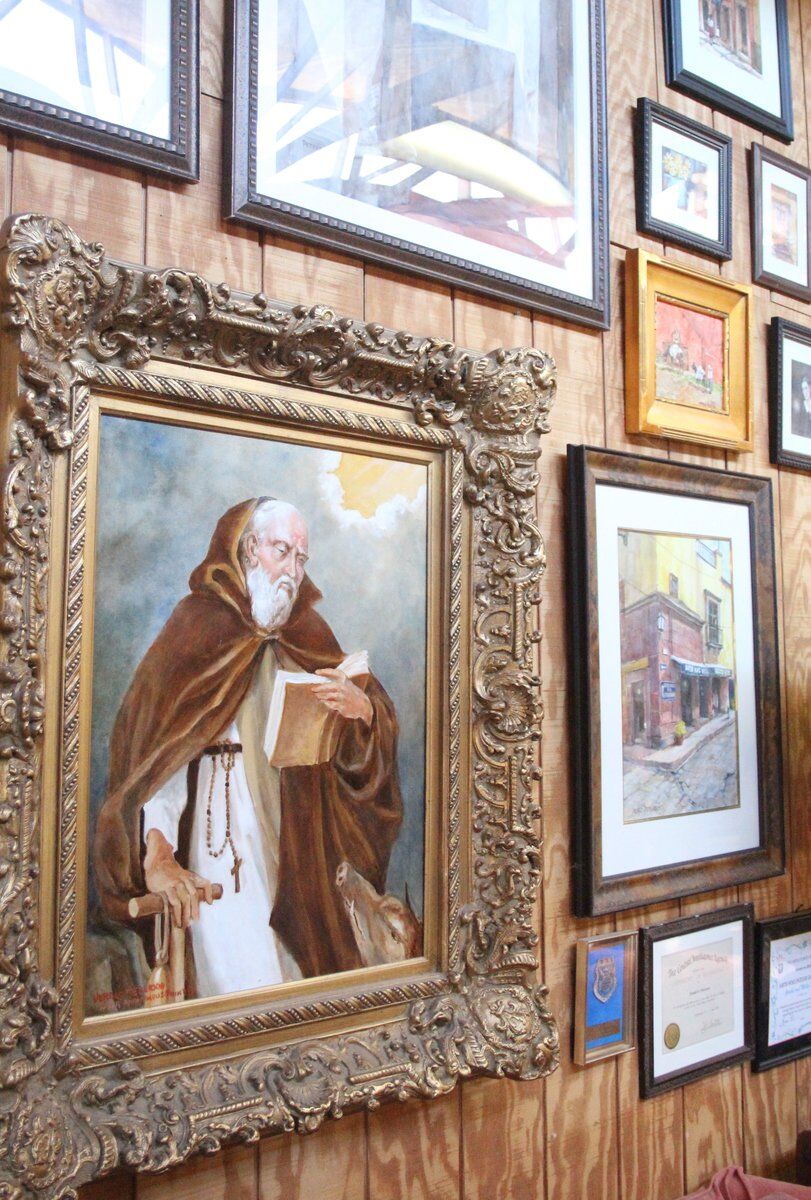 Those that visit the Watercolor Barn at the Peterson Fine Art Studio will find a collection of paintings on the wall by Jerald Peterson. 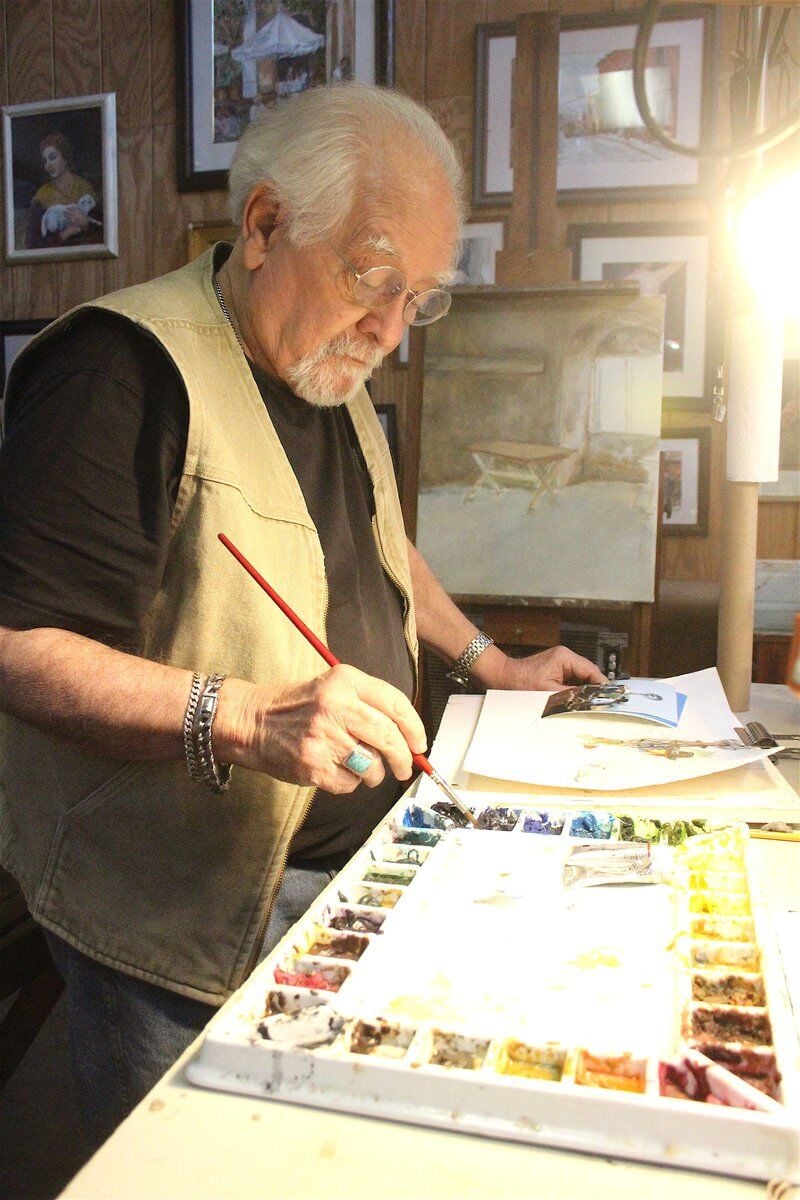 Jerald Peterson works on a painting at the Watercolor Barn in Tahlequah.

Those that visit the Watercolor Barn at the Peterson Fine Art Studio will find a collection of paintings on the wall by Jerald Peterson.

Jerald Peterson works on a painting at the Watercolor Barn in Tahlequah.

Anyone can create art; all it takes is the desire to make something. And Jerald Peterson will help budding artists reach their potential at the Watercolor Barn in Tahlequah.

Jerald and his wife, Molly, traveled all over the world during his time in the CIA, looking for agents to recruit. They stayed in places like Paris, Mexico City, Dominican Republic, New York City, Libya and Morocco, and Jerald drew inspiration from all those places to adorn his canvases. At that time, painting was a hobby.

“Working in the CIA as a case officer, you can go a whole four-year tour trying to recruit someone and just can’t quite do it,” he said. “So you never get that sense of accomplishment. Painting was kind of a therapy in that you could see a finished product.”

When he retired in 1990, the Petersons moved to San Miguel de Allende, Mexico, where they lived for five years. People from the United States would come to stay with them, and Jerald would teach their guests how to paint in a week.

“After the week, they would take home an original painting,” Molly said. “It was really fun, and we made some friends for life.”

The couple then moved back to the U.S. and found a home in Tahlequah. They would attend fine art shows, with their best market being the Dallas/Fort Worth area. He continued to paint, and their daughter, Ellie Vega, eventually became one of the Tahlequah High School’s art teachers.

She said Jerald didn’t copy him, but he was so inspired that people would look at his paintings and say, "That reminds me of Andrew Wyeth."

Over the years, the couple have used their paintings to get things they need. They bartered with area residents to acquire a septic tank, a tornado shelter, the oven in which Molly bakes her baguettes, and more.

Now, Jerald passes on his knowledge to those with a similar passion for the arts. He said anyone can paint, but it’s not a talent to be gained overnight, and artists must be willing to put in effort to reach the outcome they desire. It just takes time, over the course of which artists will continue to improve.

“I found, when I’m painting, your eye develops,” he said. “You see things differently than you do when you’re not painting, like how a tree grows.”

Some of the students at the Watercolor Barn have gone on to teach classes themselves. Others like to stick around to get input from Jerald on how they can improve. Rob Bailey is one student who visits every Tuesday to better his skills.

“I come here just to get on track and make sure I’m OK, because I don’t know everything there is to know, and he’s done it all his life,” Bailey said. “The idea is to paint and go home and do your own work. He’ll check it, and a lot of times, I’ll wait to do something just so I can plug him in before I start. When I get that input, it makes it easier. That’s one of the goals. He doesn’t want us to be tied to doing it one day a week.”

Everyone has an idea for a painting, Jerald said. However, he helps people take that idea and turn it into reality. His approach is to have students bring a picture of something they would like to paint, and he will guide them to the finished product.

“They’re going to be painting something they like, and I’ll work at it with them,” he said. “I’ll tell them how I would do it, and if they need me to touch it up, I will. Then they go home with a painting.”