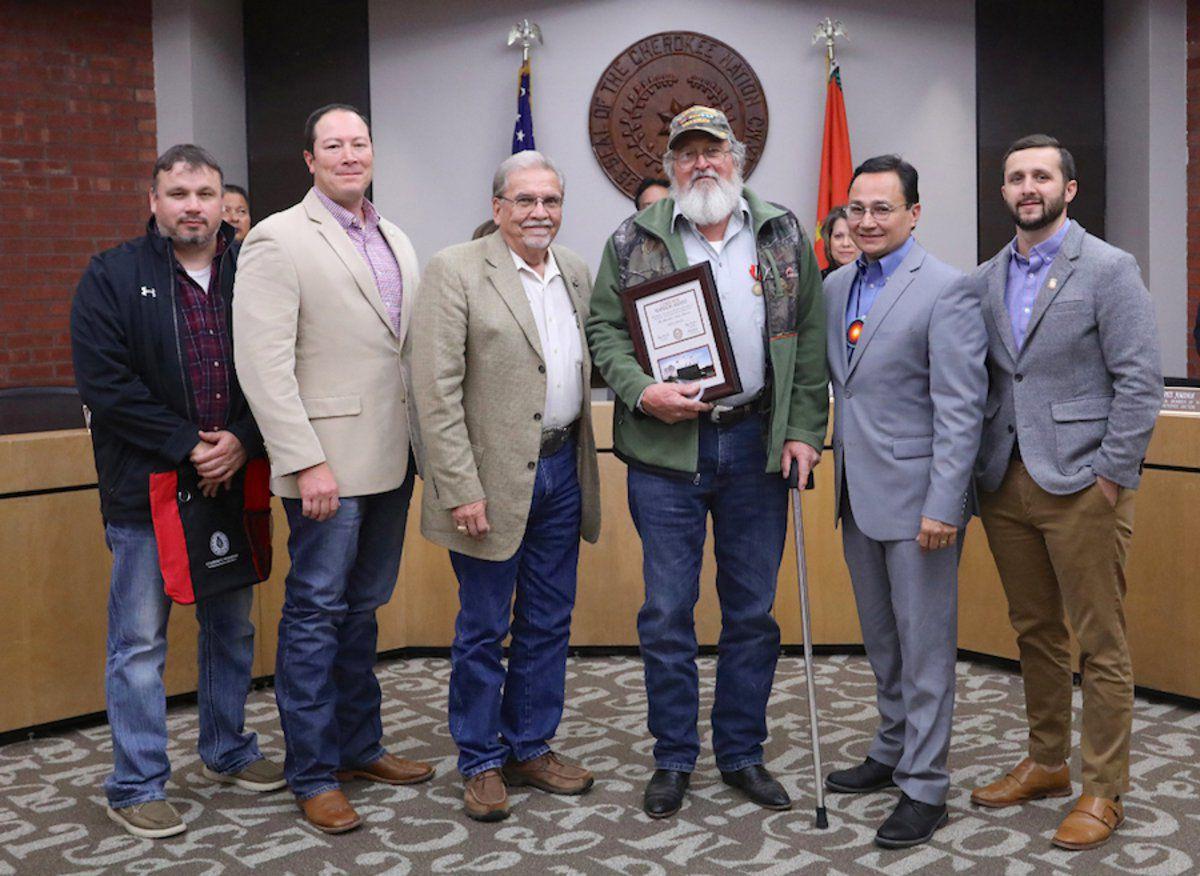 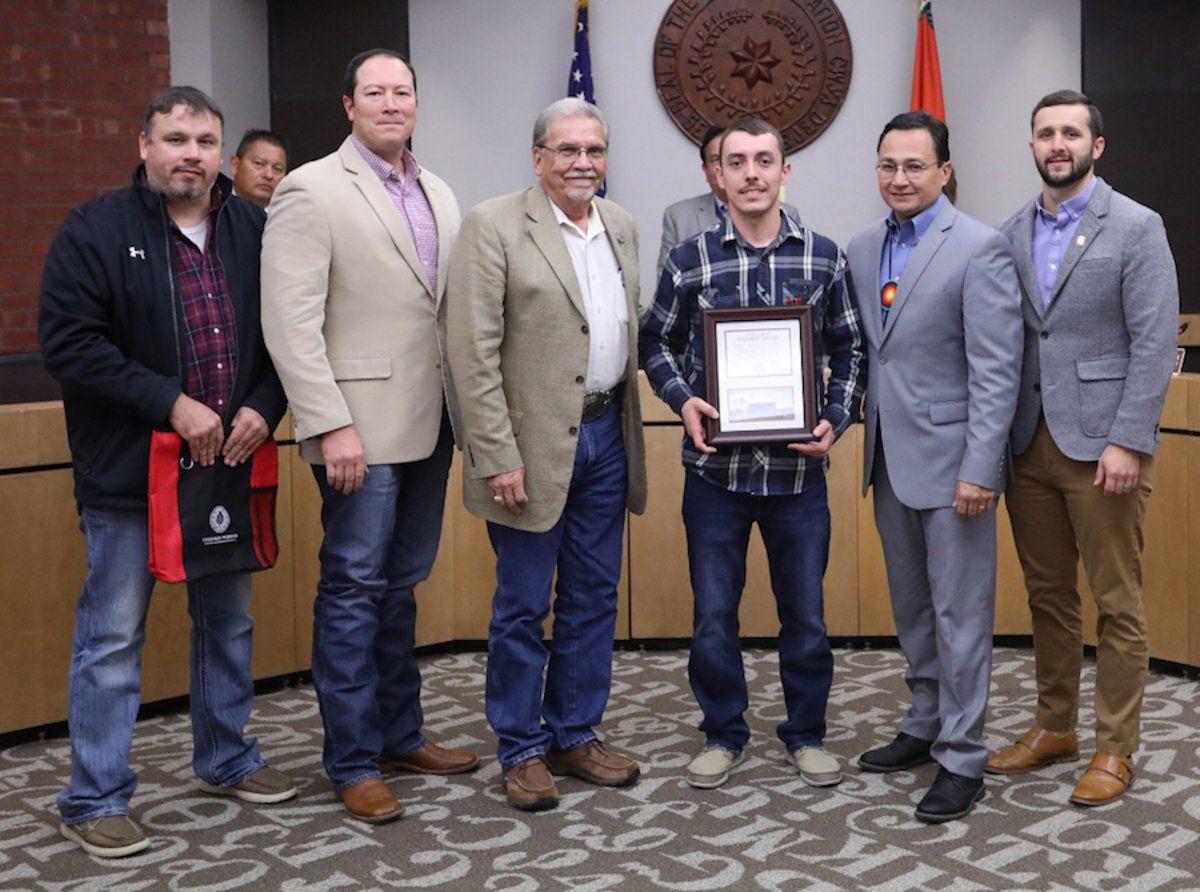 “My term of service was a good term,” Walls said. “What I’d really like to say is that the Cherokee Nation and citizens of Oklahoma, you have been really good towards us veterans, and I want to thank you for your support. It means a lot, and it definitely makes coming home a lot easier.”

Walls was born in 1979 in Tulsa and entered the Army in 1997. He finished his training to become a signal support system specialist at Fort Gordon, Georgia. After one year and six months of active duty, he was honorably discharged in 1998. Walls returned to military service with the National Guard as an infantry scouts field artillery combat engineer. He served with the Company “C” 579 Engineer Battalion for eight years.

Reese was born in 1948 in Gore and enlisted in the Marine Corps in 1969. He was sent to Camp Pendleton, California, and then to Vietnam. Reese arrived at Chu-Lia, Vietnam, stationed with the Mag 13 Unit, where his duties were refueling all aircrafts. There were times when he and his crewmembers were sent to different air strips and refueled fuel blathers. After returning stateside to 29 Palms, California, he was honorably discharged as an E 4 corporal.

Beavers was born in 1949 in Westville and joined the Army in 1968. After training, he became a radio communications technician. Beavers was then transferred to An Kah Central Highlands in Vietnam, where he was involved in pulling maintenance and loading aircrafts. His next assignment was to Tuy Hoa, Vietnam, where his company helped defend a mobile command communication site. After a year of his tour in Vietnam, Beavers returned stateside to Fort Sam in Houston, Texas. He was honorably discharged as an E 5 sergeant.

McGaugh was born in 1993 in Tahlequah and entered the Army in 2011. He was sent to Fort Benning, Georgia, and on to Brum Holder, Germany, with the 3rd Battalion 4th Infantry Regiment, until his unit disbanded after 11 months. He was sent back to the states to Fort Hood, Texas. McGaugh spent the rest of his military duty in Texas and Louisiana, where he became a gunner for an M2A3 Bradley. He was also a team leader for his tank section, before being honorably discharged as an E 4 specialist.

Each month, the Cherokee Nation recognizes Cherokee service men and women for their sacrifices and as a way to demonstrate the high regard in which all veterans are held by the tribe. Native Americans, including Cherokees, are thought to have more citizens serving per capita than any other ethnic group according to the U.S. Department of Defense.

TAHLEQUAH [mdash] 74 year old farmer transitioned on July 2, 2020. No services are planned at this time. Online condolences may be left at tahlequahfuneral.com Green Country Funeral Home