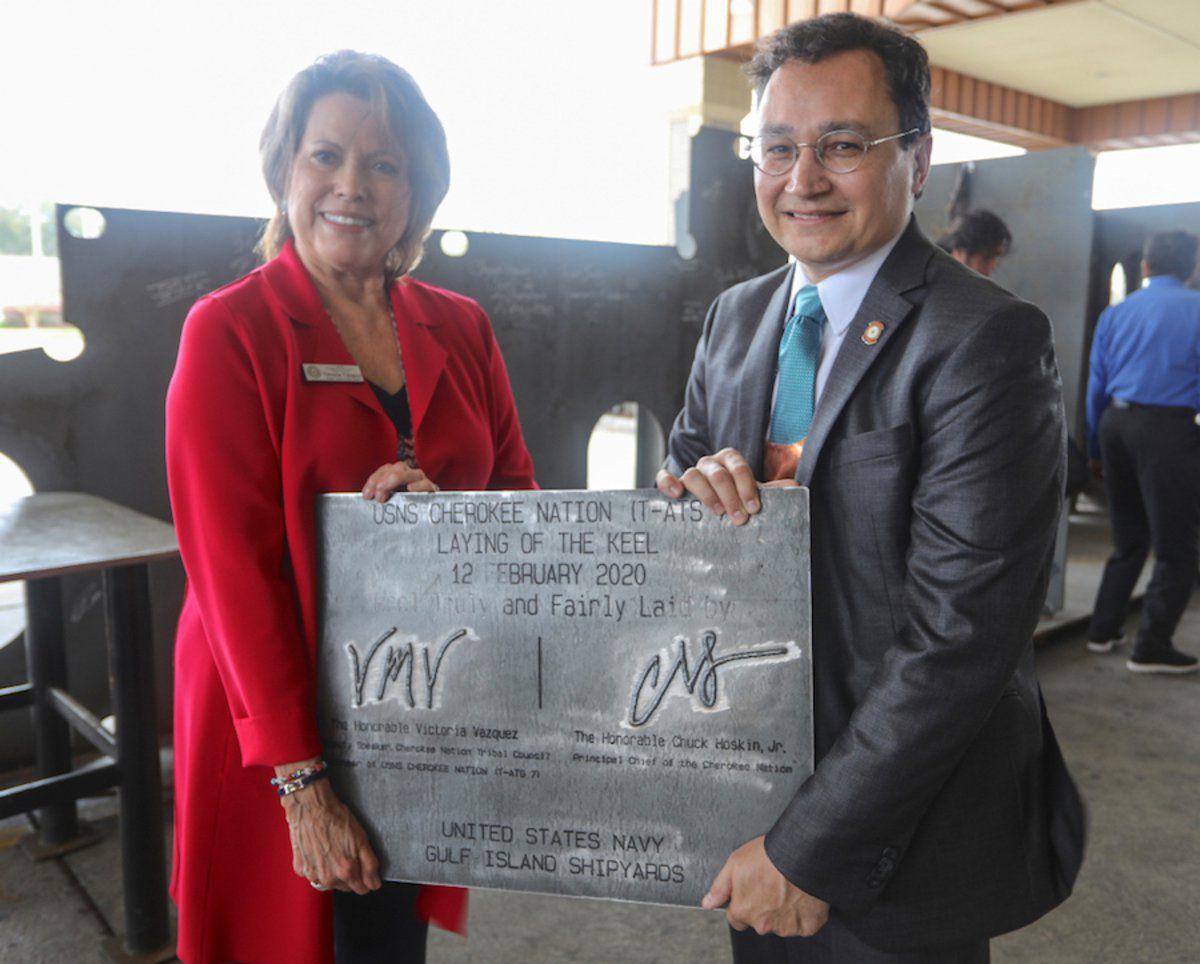 The initials of Cherokee Nation Deputy Speaker of the Tribal Council Victoria Vazquez, left, and Principal Chief Chuck Hoskin Jr. were welded into a piece of the future USNS Cherokee Nation (T-ATS 7). 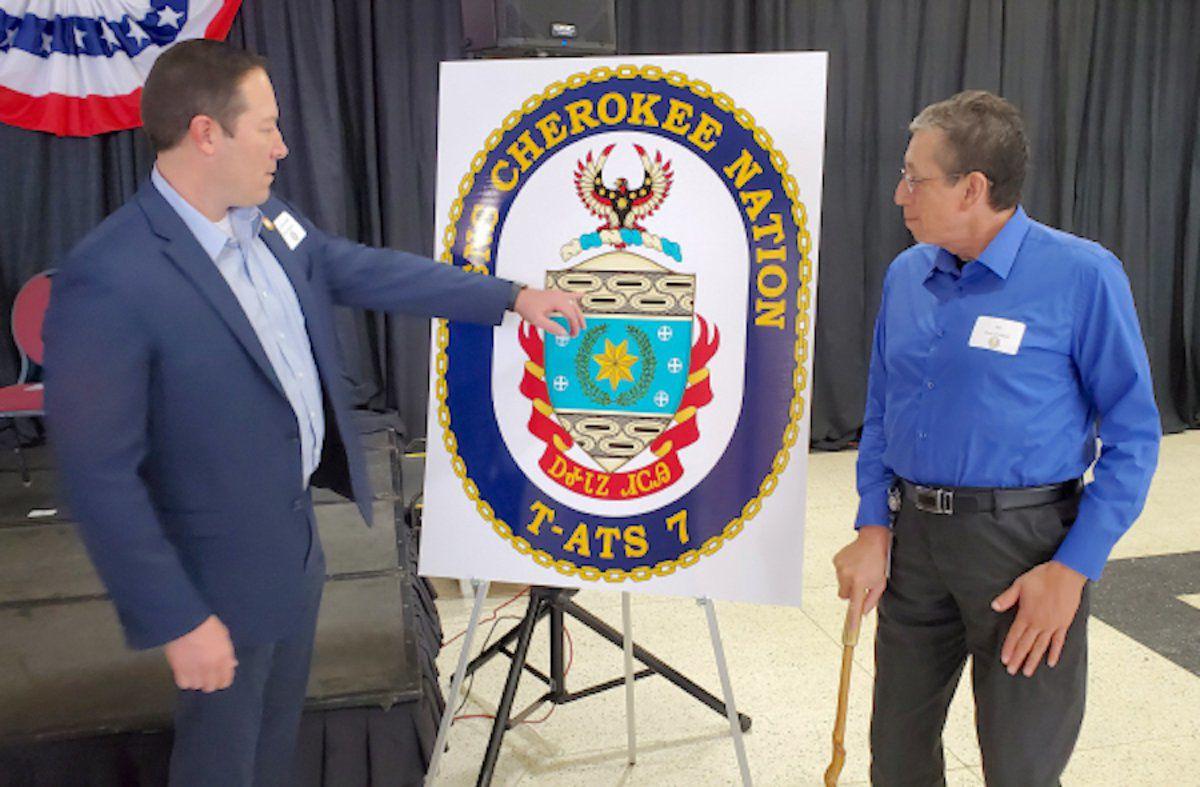 The initials of Cherokee Nation Deputy Speaker of the Tribal Council Victoria Vazquez, left, and Principal Chief Chuck Hoskin Jr. were welded into a piece of the future USNS Cherokee Nation (T-ATS 7).

One of the U.S. Navy's newest towing, rescue and salvage ships is being named the "Cherokee Nation" to honor the service and contributions Cherokee citizens have made to the Navy and Marine Corps.

On Feb. 12, the Navy held a keel laying ceremony, the first of two major ceremonies in the life of a new ship.

During the ceremony, Principal Chief Chuck Hoskin Jr. and Deputy Speaker Victoria Vazquez' initials were welded into the ship's steel to celebrate the achievement of the first major modules of the ship joining together. Vazquez was selected as the ship's female sponsor as part of Navy tradition.

"Throughout time, our Cherokee people have served as protectors of this country, contributing in every major battle and war ever fought. Today, our tribal citizens continue to serve the Armed Forces in disproportionately higher rates showing that same patriotism and bravery," Hoskin said. "Today we are proud Cherokees and proud this ship will bear our great name. We stand with the men and women in the Armed Forces and we mark this occasion as among the proudest in Cherokee history."

The USNS Cherokee Nation will play a critical role in the country's national defense strategy. It will enhance the breadth and scope of support to the fleet of sailors and marines, and provide a wide range of missions including open ocean towing, oil spill response, humanitarian assistance and wide area search and surveillance.

Completion of the ship is scheduled for October 2021.

Navy officials say the USNS Cherokee Nation is the fifth U.S. ship to be named in honor of the Cherokee people and the first since a World War II-era tugboat dubbed the "Cherokee."

"We are honored to have so many representatives of the Cherokee Nation in attendance to celebrate the first event in the life of this ship," said Mike Kosar, support ships, boats and craft program manager, program executive office ships. "The ship is critical to the operations of our fleet, and will soon sail with the pride and determination of the Cherokee people, which it is named to honor."

Cherokee National Treasure Dan Mink worked with the Navy to design a crest for the USNS Cherokee Nation, which was on display during the ceremony.

The crest symbolizes the partnership between the Cherokee Nation and U.S. Navy. The red and gold scroll honors the service and contributions the Cherokee people made to the Marine Corps. Written in Cherokee Syllabary is "Water Warrior" and refers to the strong, resilient crew of the USNS Cherokee Nation (T-ATS 7.)