Roadways such as Bluff Avenue were cleared from ice and snow by Thrusday afternoon. 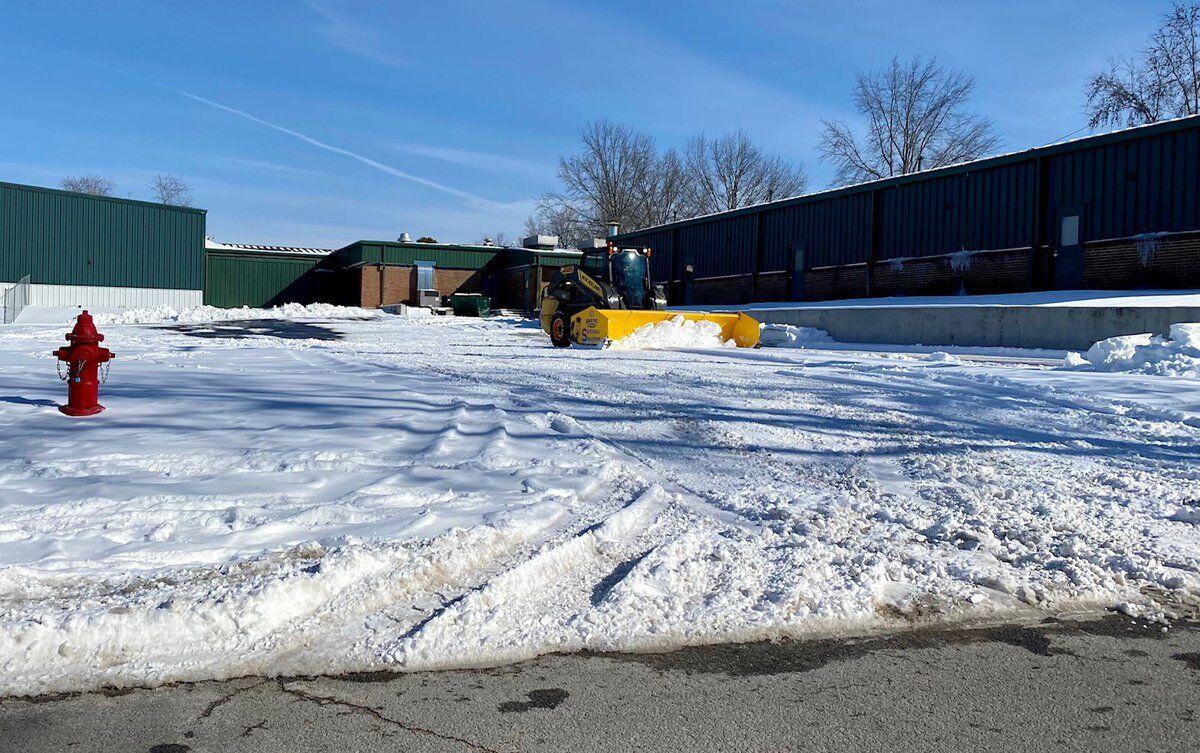 The parking lot of Greenwood Elementary was getting plowed of ice and snow Thursday afternoon.

Roadways such as Bluff Avenue were cleared from ice and snow by Thrusday afternoon.

The parking lot of Greenwood Elementary was getting plowed of ice and snow Thursday afternoon.

Local officials said Thursday that area residents aren’t quite out of the woods yet, even though the winter weather storm is pushing farther away from Cherokee County.

“Some of the side streets are still fairly icy, but I think within the next two days, things will start melting better and the streets will clear better,” said Underwood.

District 2 County Commissioner Chris Jenkins said he and his crew worked until 6 p.m. on Thursday.

“[Operations] were good today. The roads are starting to clear off good and the sun has been a great help today,” said Jenkins.

City Street Department Superintendent William “Buddy” Harris and his crew have been working diligently all week trying to clear off roadways. Harris said they are working two 12-hour shifts and focusing on clearing all main roadways in Tahlequah before going into residential neighborhoods.

As of Thursday afternoon, Dry Creek was without water, but drinking water was available at the Cherokee Community Community Building.

Keys Volunteer Fire Department said Cherokee Nation provided the station with a limited supply of fox boxes and milk for those in need. Volunteers began distributing those items Thursday afternoon.

Lake Region Electric Cooperative reported its system power demands are lower than what was seen Tuesday and Wednesday morning.

“We are happy to report that our system power demands this morning are lower than yesterday,” LREC stated. “Currently, there are no plans to conduct controlled outages to ‘shed load.’ We will remain vigilant in our efforts to deliver safe, reliable, and affordable electricity for you.”

Southwest Power Pool said it is no longer under an energy emergency alert as of Thursday morning.

“Due to continuing high loads and other implications of severe cold weather, it remains in a period of conservative operations until 10 p.m., Feb. 20, for the entire SPP balancing authority area,” SPP said.