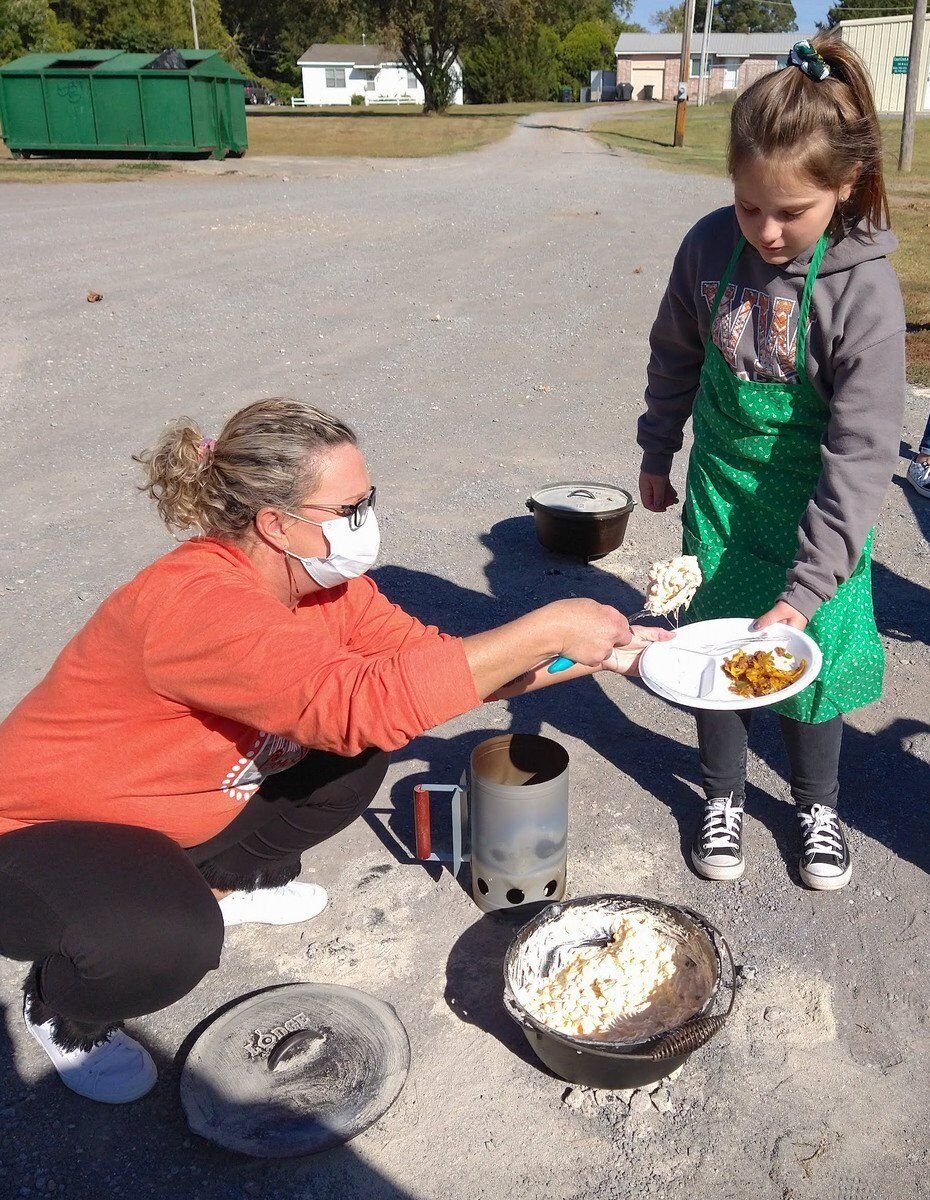 Heather Winn, 4-H educator, left, serves macaroni and cheese cooked by 4-Hers to Gracie Hignite, 9, during the Dutch cooking workshop Friday outside of the Cherokee County Community Building. 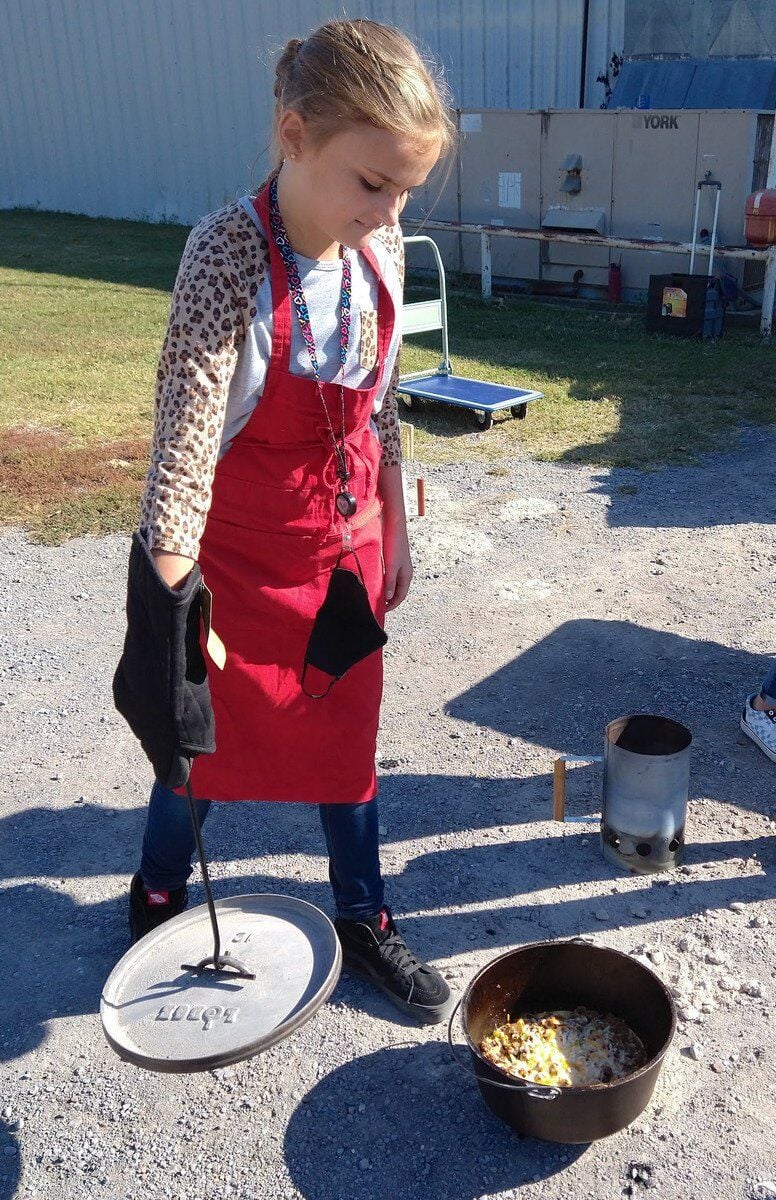 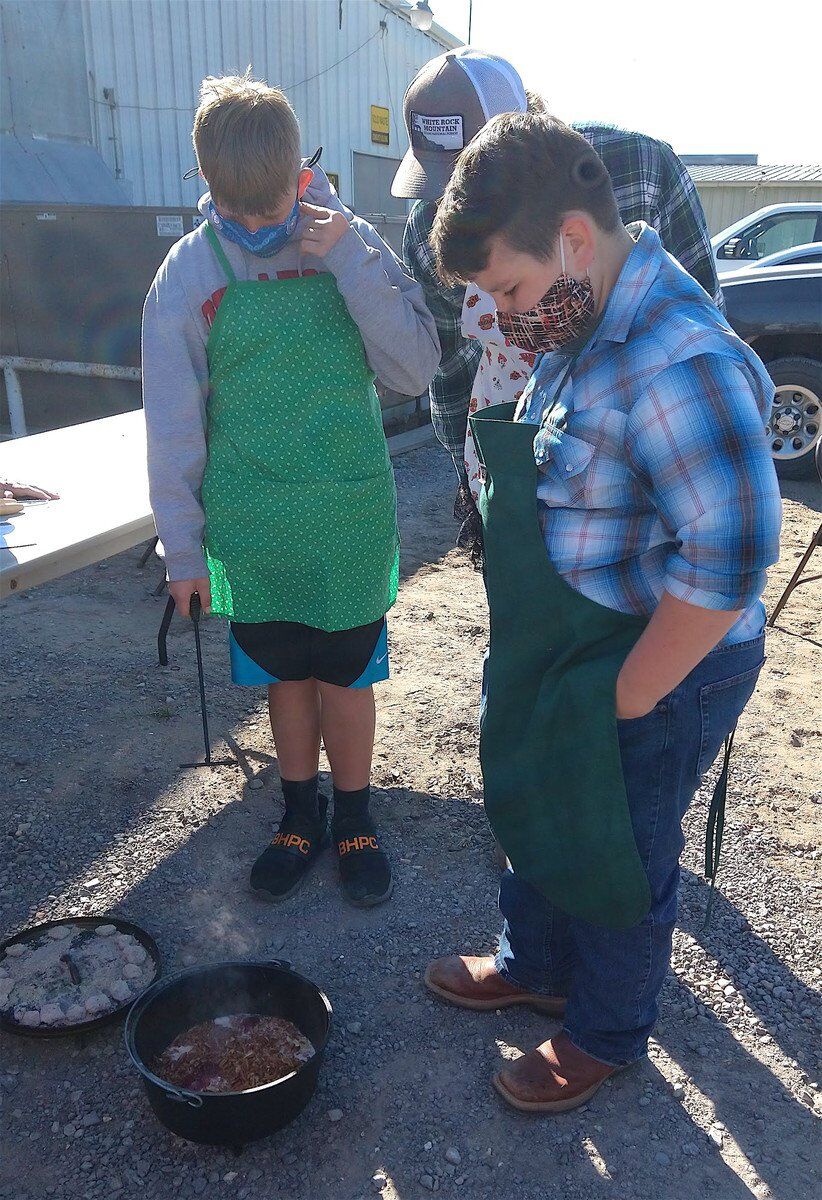 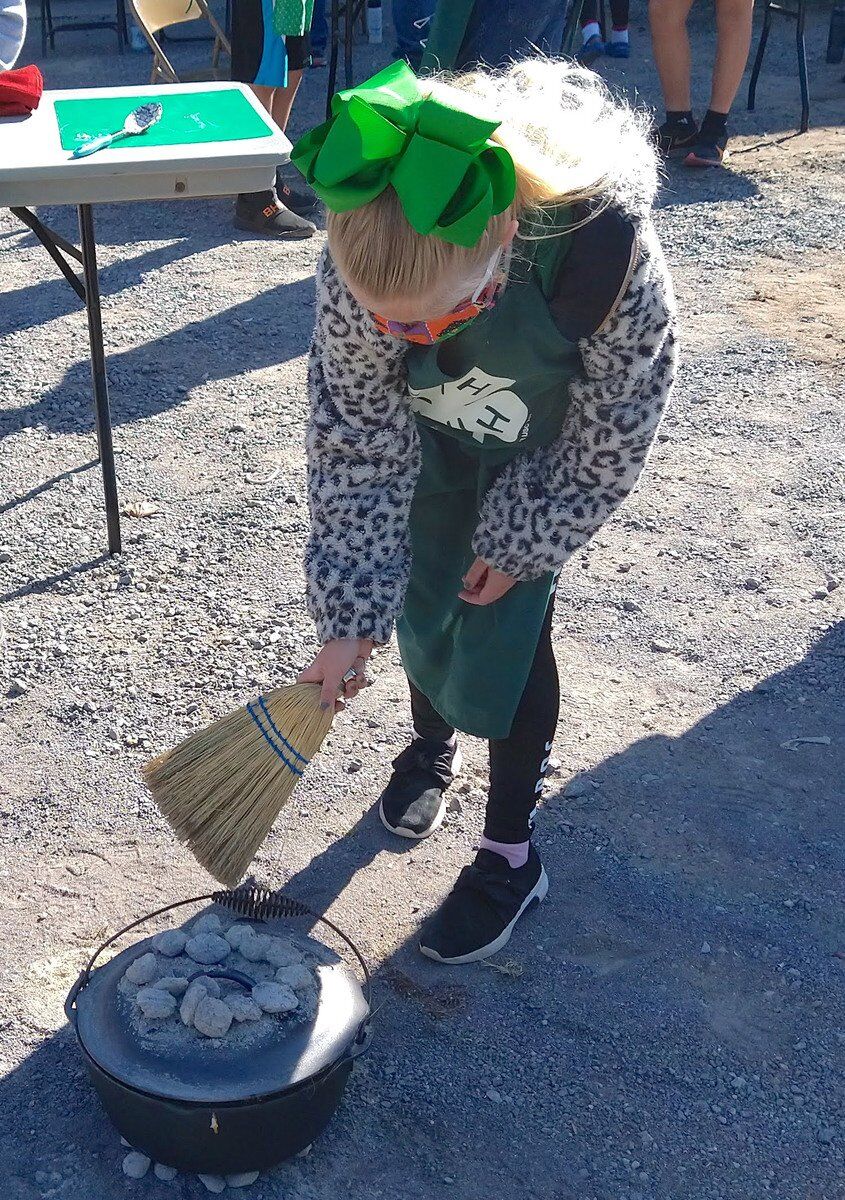 Heather Winn, 4-H educator, left, serves macaroni and cheese cooked by 4-Hers to Gracie Hignite, 9, during the Dutch cooking workshop Friday outside of the Cherokee County Community Building.

"It's about getting the kids outside and teaching them something new. With all the restrictions, it's nice to do something outside," said Winn. "And maybe it'll make them appreciate their mothers' kitchens a bit more. It's a little less labor-intensive."

Only two of the children had any prior exposure to cooking with a Dutch oven.

"My mom helped me cook in one of these before, but I've never done it myself," said Mikah Coleman, 9.

The Extension office offered a similar workshop about two years ago, but it was held on a hot July day, and a lot of kids complained. On Friday, the group complained because they were outside on a chilly morning, but they soon warmed up in the sun.

The 4-Hers learned the basics of Dutch oven cooking, including supplies needed; how to take care of a Dutch oven; the cooking procedures using charcoal; and safety rules.

Students worked in groups, and different recipes were cooked in each of the six 12-inch Dutch ovens. They had to prepare their recipes, and while the food was cooking, they had to clean up. They also got the experience of cleaning the Dutch ovens afterward.

"I told them that was the fun part," said Winn, who had spent a few hours reseasoning the ovens after getting them out of storage.

One recipe was an Easy Taco Bake.

"It's not too complicated. It was literally called 'easy bake,'" said 11-year-old Miracle Munoz. "If 4-H does this again, I'll come back."

One of her group partners, Kylee Scott, said the taco bake smelled really good and that the event was fun.

Another recipe was Old-Fashioned Macaroni and Cheese, which used cottage cheese, sharp cheddar cheese, sour cream, and cream cheese, along with the pasta and chopped onion. Ashla Sweet, 12, said she enjoyed stirring it and had fun at the workshop.

Presley Klinger, 10, said she liked how the process was different than regular cooking.

Ford had cooked with a Dutch oven over an open fire, but had not used just coals started in a chimney like they did in the program.

"The kids did really good. My biggest thing was making sure they didn't get burned," said Ford.

For simplicity and to keep the cooking times shorter, some items were precooked. The chicken was canned.

Two of the recipes - Monkey Bread and Bubble & Squeak - had to be moved inside to the ovens because the coals had not stayed hot enough to thoroughly cook the foods.

"I started them earlier, and we ran out of coals keeping it going," Ford said about the Bubble & Squeak. "The boys cut the potatoes a little big, which is fine for over a fire, but not so much this way."

Winn said the annual 4-H Food Showdown normally draws over 200 people to the community building, and she didn't see that they would be able to have it this year because of the pandemic. She is considering holding a Dutch oven cooking contest, as the 4-Hers can compete in that at the district level.

"I've judged it before, and those kids had a lot of practice cooking in Dutch ovens," said Winn. "I thought I would introduce it and see how many are interested. I think they've all enjoyed it."

Youth ages 5-19 can join 4-H at any time during the year, and leaders are thinking up activities to host that will allow them to be outside. The annual awards banquet was switched to a drive-thru event. Ford will be leading a nature habitat scavenger hunt at Sequoyah State Park on Nov. 14.

"We've been safe enough that we haven't had any issues with the virus," said Winn.

The annual 4-H Halloween carnival has been canceled, but clubs will hold a drive-thru trunk-or-treat on Tuesday, Oct. 27, at 5:30 p.m. in the Cherokee County Community Building parking lot.