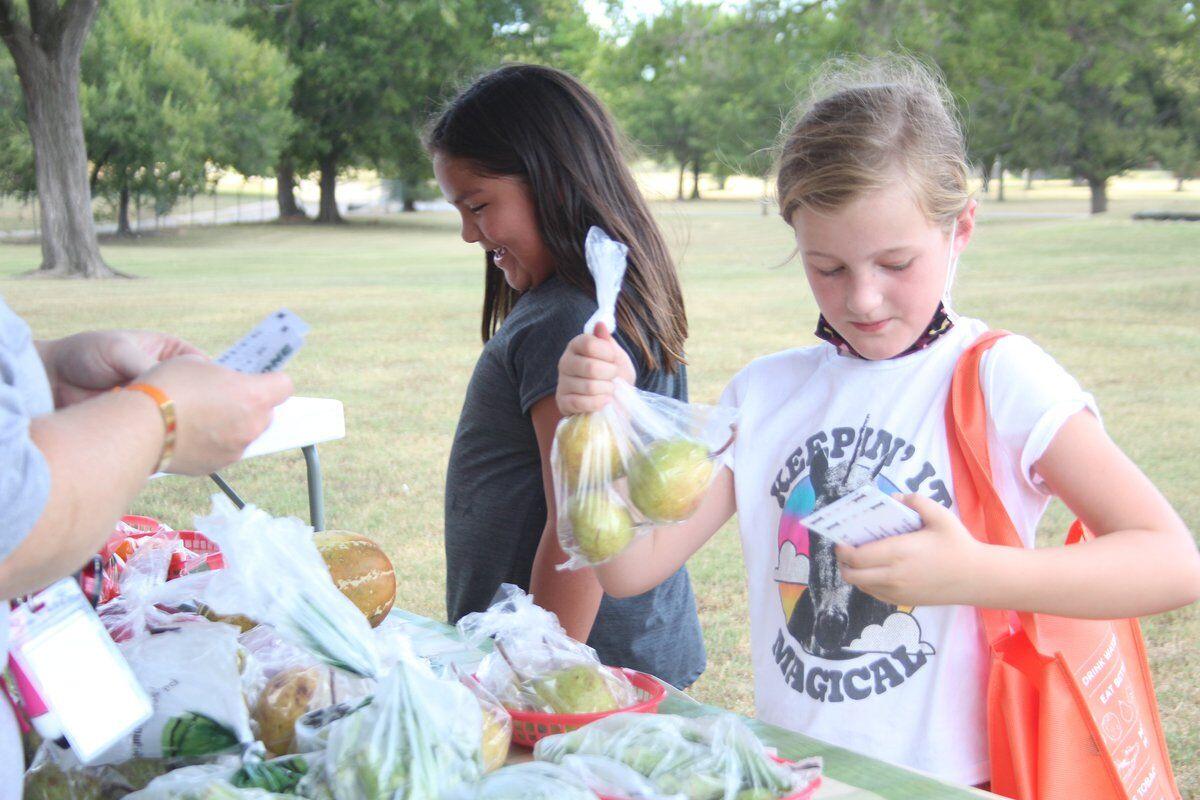 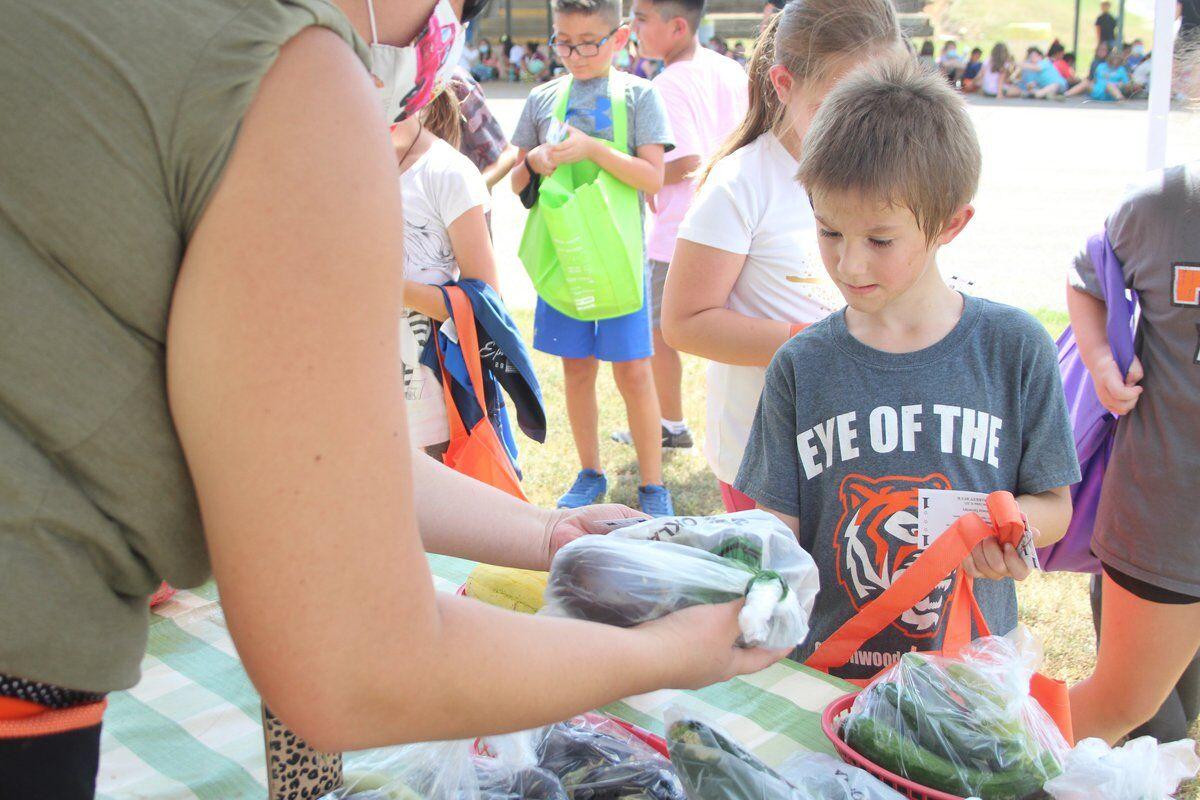 Mark Henkelman shopped at the Farm To School market at Greenwood Elementary School on Tuesday.

Mark Henkelman shopped at the Farm To School market at Greenwood Elementary School on Tuesday.

The Tahlequah Farmers Market brought fresh produce directly to Greenwood Elementary School Tuesday, giving students a chance to shop for fruits and vegetables through the Farm To School program.

Third-graders were each given a bag and 12 veggies bucks to go shopping with. They could have picked from produce like tomatoes, pears, squash, zucchini, okra, onions, egg plants, grapes, green beans and more. TFM President Marla Saeger said third-grade students are at an “impressionable age,” making it a good time to teach them about healthy foods and other life skills.

“Each item costs three veggie bucks. We asked our farmers to put produce in $3 increments, so they can each get four items. So they’re learning some consumer skills,” Saeger said. “It’s interesting watching these little kids do their thing.”

Each third-grade class at Greenwood was able to visit the market after recess. But before, Saeger quizzed them to see if they knew what a zucchini and eggplant were. While the students were quick to call out a cucumber when shown a zucchini, most were able to point out the eggplant. The students then swarmed the produce stand to fill their bags.

Saeger said kids their age are more willing to eat something they’ve never tried, or are not used to eating, if they purchase it themselves.

“The first year we did this, one of the things that got me was how many teachers came up and said, ‘You’d have no idea how many of these kids have never seen a fresh vegetable.’ That hurt, so it’s my mission now," she said.

As the students visited the market, some returned items after seeing something else they preferred instead. Others were happy with with the produce they selected. As they walked away from the tent, the students quickly showed off their groceries to one another.

Drake LeMasters bought squash, apples, jalapeños and zucchini. He said he had never had any of the items, except for the apples, and was looking forward to showing his mom when he got home.

“I haven’t told her about this, so she’s going to be surprised,” he said. “I’m ready to try them. I’m a little nervous about the jalapeños, though, because they’re a little spicy. I’m going to get some water to try them with, or maybe some milk.”

The Farm To School program stems from a USDA grant that Tahlequah BEST Community Coalition applied for. BEST stands for "Bringing Everyone's Strengths Together." The two-year grant allowed the public schools to hire Maegen Wallace to serve as a the Farm To School coordinator for the district.

“She’s going to revive our school garden, and she’s going to do some nutrition curriculum with the kids, like farm to table education,” said Tahlequah BEST Executive Director Desirae Bloomer. “Farming is a lost art. It’s something that’s very important that we’re very passionate about, and we understand kids need good nutrition in order to be in school and learn.”

The TFM plans to visit Cherokee Elementary School Tuesday, Sept. 21; and Heritage Elementary School on Sept. 28. Third-grade students can bring extra money to purchase more produce. Students not in the third grade will also be allowed to bring their own money to shop, and the Farm To School markets will be available to families from 2:30 to 3:30 p.m.

“As far as we know, we’re the first ones in the United States to bring the market to the kids and give them veggie bucks,” Bloomer said. “We’re very proud of it. And if they’re not able to use or choose not to use their veggie bucks, they can take them to the farmers market on Saturday and use them until the end of October. So it’s a great way for parents, teachers and community members to get involved.”