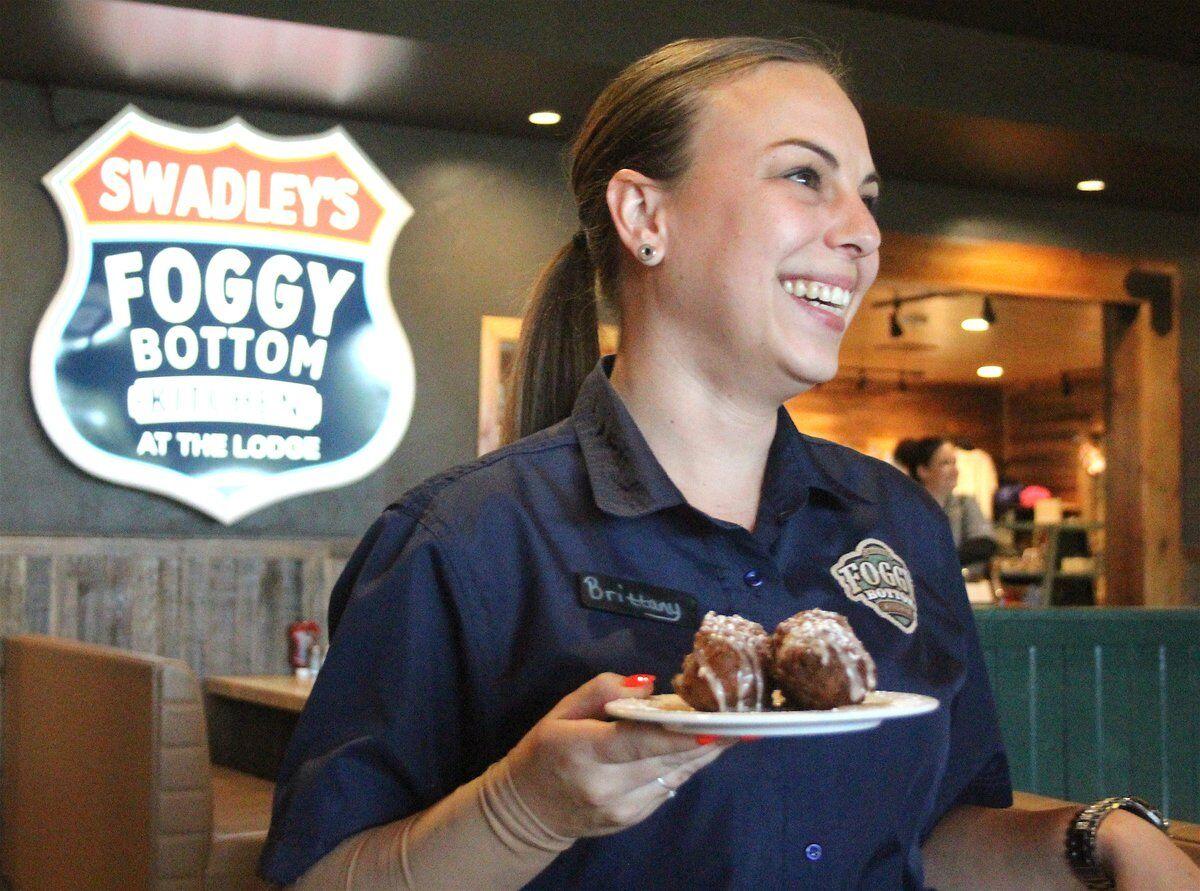 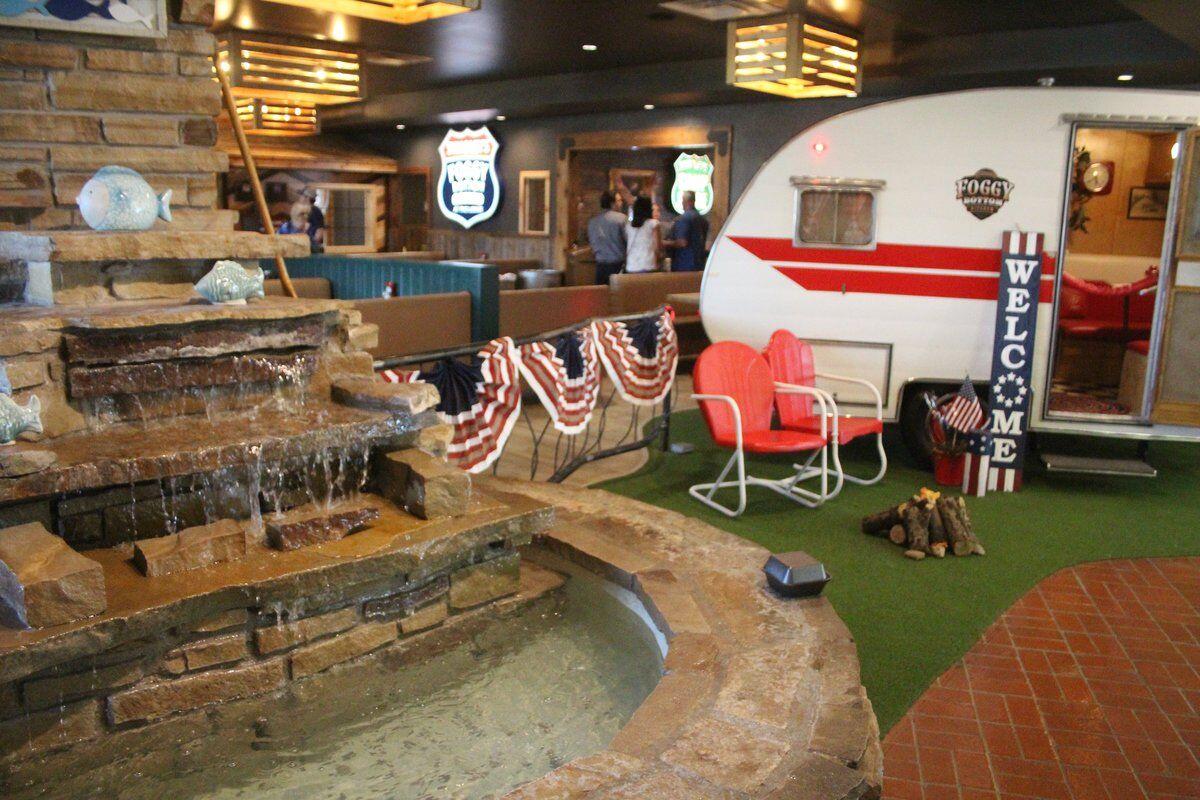 Swadley's Foggy Bottom Kitchen is located in The Lodge at Sequoyah State Park.

Swadley's Foggy Bottom Kitchen is located in The Lodge at Sequoyah State Park.

An eatery on the shore of Lake Fort Gibson is attracting more visitors to Sequoyah State Park and offering foodies quality cuisine.

After submitting a bid through the Oklahoma Tourism and Recreation Department, Swadley's Foggy Bottom Kitchen has become the prime restaurant for Sequoyah State Park, as well as other parks throughout Oklahoma. Last year, four locations were opened, with Roman Nose, Lake Murray and Beavers Bend state parks each receiving one, too.

"This is a real unique situation for Foggy Bottom that most restaurants in the country don't have," said Brent Swadley, Swadley's Bar-B-Q owner and president. "This is an opportunity because of where Foggy Bottoms are located. We're in a destination where people want to go."

Soon to be added to the list of Foggy Bottom locations are Robbers Cave, Quartz Mountain, and Little Sahara state parks. The restaurant, located inside The Lodge at Sequoyah, is reminiscent of state parks' glory days, with an old-school travel trailer sitting in front of the dining area. But the ambiance also suggests the park's best days are still ahead.

"We wanted to create a concept that was about the past, but still attracted the newer, millennial generation and the near future," Swadley said. "So we wanted to bring traditional sides, as well as some that were more southernly known, and combine them with good, southern comfort dishes."

Whether it's breakfast, lunch or dinner, Foggy Bottom does it all. One of the favorites, the Winchester Burger, is a half-pound beef patty, with arugula, poblano peppers, apple bacon onion jam, white cheddar cheese, and Worcestershire mayo. Customers will also find chicken-fried steak, chicken and waffles, sweet tea-glazed chicken, Southwest chicken salad, and much more.

Alex Hamilton, of Foggy Bottom, said the menus will be identical at each location, but so will the quality of the food.

"Everything is made from scratch every single day," he said. "There's nothing that we pull out of a bag. We hand-make every single thing."

Those who consider themselves carnivores will want to try the Cowboy Ribeye, as Isaac Christophersen said it's a favored dish among diners.

"If you like steak, that's what you want," he said. "They're never precut. We get it in a loin and we hand-cut it. And our patties aren't pre-frozen and thrown onto the grill like a hockey puck. We shape them out and hand-cut them."

Sequoyah State Park is well known as a place for families to stay; its widespread campgrounds, lodge, numerous activities and facilities bring in both area residents and out-of-town guests. But guests are figuring out they don't have to sleep at the park to enjoy Foggy Bottom.

Park Manager Tony Presley said the park has seen an increase of people just visiting for the day, more so than it has in the past.

Christophersen has noticed the uptick in customers, too, and said it's not just the quality of the food that keeps them coming back for more.