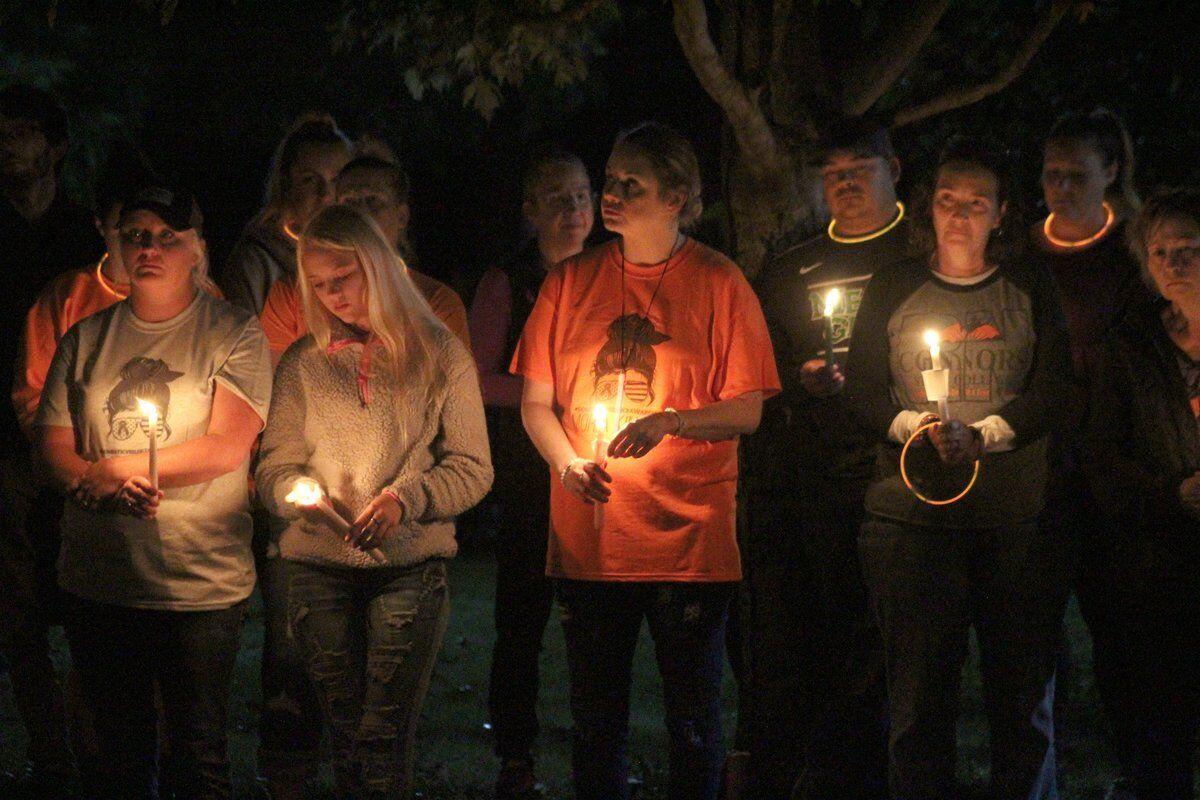 A group of community members showed up at the candlelight vigil for Moria Kinsey in Tahlequah on Tahlequah. 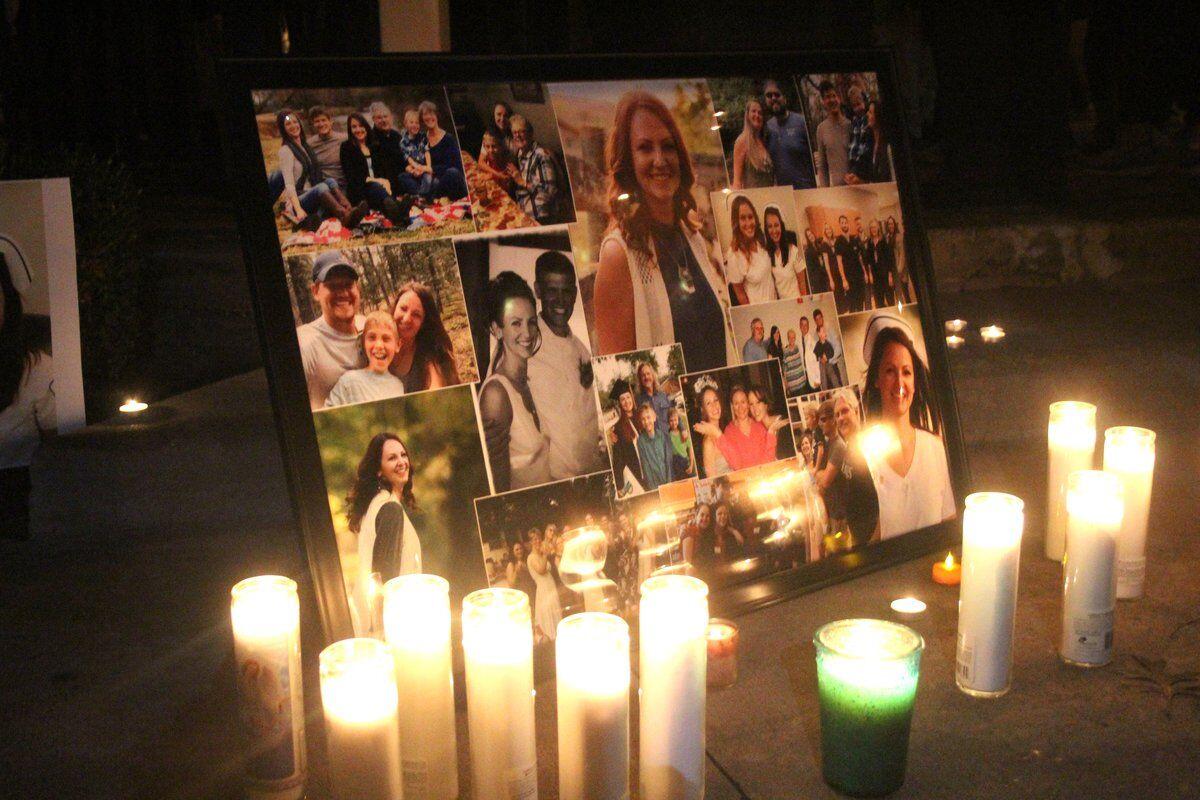 A candlelight vigil for Moria Kinsey was held at Norris Park on Thursday. 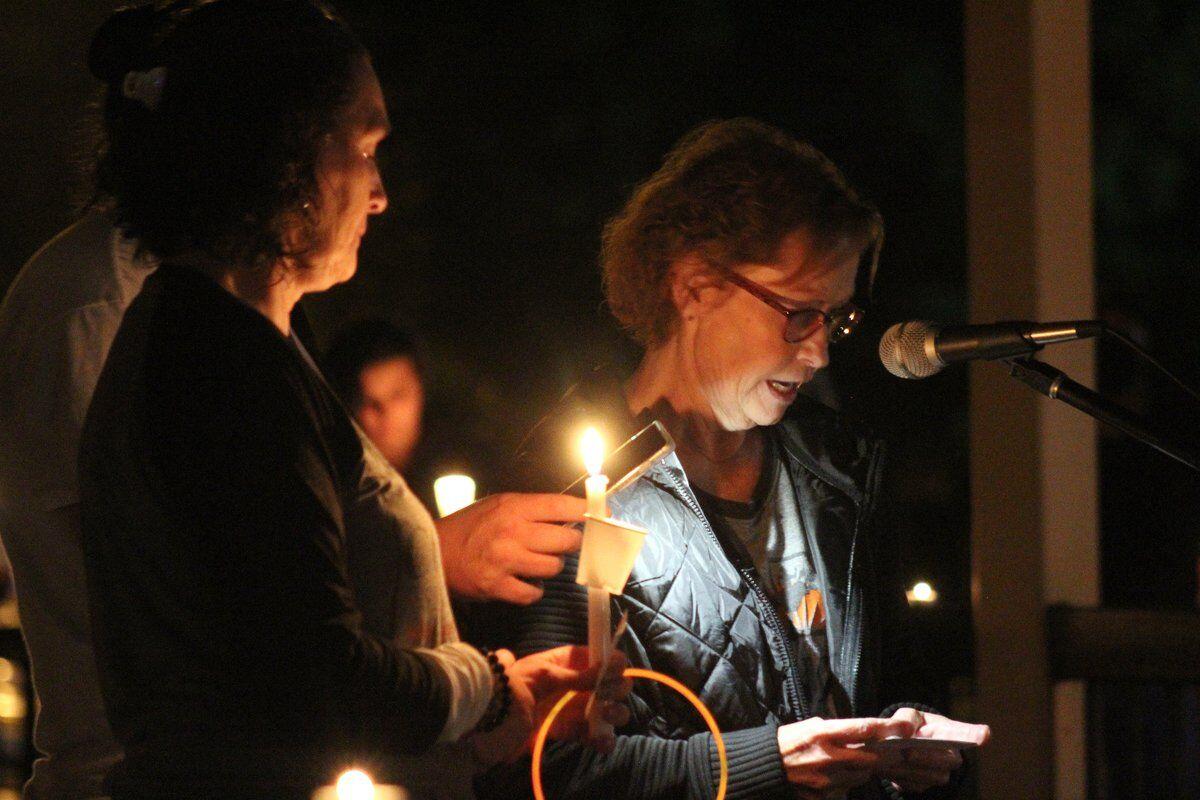 Brenda Smith spoke during the candlelight vigil for Moria Kinsey at Norris Park on Thursday.

A group of community members showed up at the candlelight vigil for Moria Kinsey in Tahlequah on Tahlequah.

A candlelight vigil for Moria Kinsey was held at Norris Park on Thursday.

Brenda Smith spoke during the candlelight vigil for Moria Kinsey at Norris Park on Thursday.

Family, friends, colleagues, and strangers gathered at Norris Park in downtown Tahlequah Thursday evening to pay tribute to a local woman who they say was loved by everyone.

Megan Hammer and others coordinated a candlelight vigil in honor of Moria Kinsey, who was allegedly murdered earlier this week by a local doctor. Hammer told the crowd of hundreds that Kinsey was looking down on each and every one of them with a heart full of joy.

Retired Northeastern State University Professor Craig Clifford reminisced about the days he worked with Kinsey on a research project.

“I guess when you get up at 4 in the morning and start work at 5:30 and do that in the hottest part of the summer, and depend on each other, rely on each other, you really learn to love and care for each other,” said Clifford.

After the details of Kinsey’s death were reported, Clifford said, it became more real for him, and he noted how tragedies like this one can affect everyone.

“Whether you knew the family or the friends or not, we’re all connected, and we all suffer when this kind of tragedy occurs,” he said.

Jennifer Cole-Robinson told the crowd about how Kinsey’s willingness to perform in the "Vagina Monologues" play.

“To be able to go and stand in front of complete strangers and be able to read a monologue about the most intimate portions of violence against women, and she did a great job,” said Cole-Robinson.

Nursing instructors at Connor’s State College, Dr. Brenda Smith and Dr. Julie Scott, were Kinsey’s teachers, and they paid tribute to her.

The song, “Take Your Candle, Go Light the World” was played just minutes before, and Smith said it was the same song played for nursing graduates during their Pinning Ceremony.

“I think that song is so fitting for Moria, because to us, she was candle or a light, and there was a light in her soul that burned bright, and all of the world saw that,” said Smith.

Scott addressed the spirit of Kinsey, saying said she watched her grow into a compassionate nurse.

“You may not have carried a physical candle, but you have a bright radiating light inside you that shines. I know you can see us tonight. We are here to celebrate you and to lift our candles to show you that we see you, we miss you, we love you, and that we will do our best to carry on your legacy,” said Smith.

Doctors, nurses, paramedics, and anyone who worked with Kinsey were asked to gather for a moment of silence.

Hammer posted on Facebook early Thursday morning a request that there be no conversation about the perpetrator at the vigil. The crowd focused on who Kinsey was, and Hammer reminded everyone that domestic violence happens every day.

October is Domestic Violence Awareness Month – a fact not lost on the crowd.

“Look at this, guys: We’re all family. We have to stick together through these kinds of things," said Hammer. "It happens every day, whether we like to admit it, or like to see it or not. Be there for your co-workers, be there for your friends who are nurses and medical professionals, because we’ve been going through it,” said Hammer.

Funeral services for Kinsey hadn't been announced as of Thursday evening. She leaves behind a 13-year-old son.

A fund has been set up to help Kinsey's family, including her son. Go to https://www.gofundme.com/f/support-for-moria-kinseys-family?utm_campaign=p_cp+share-sheet&amp;utm_medium=copy_link_all&amp;utm_source=customer.