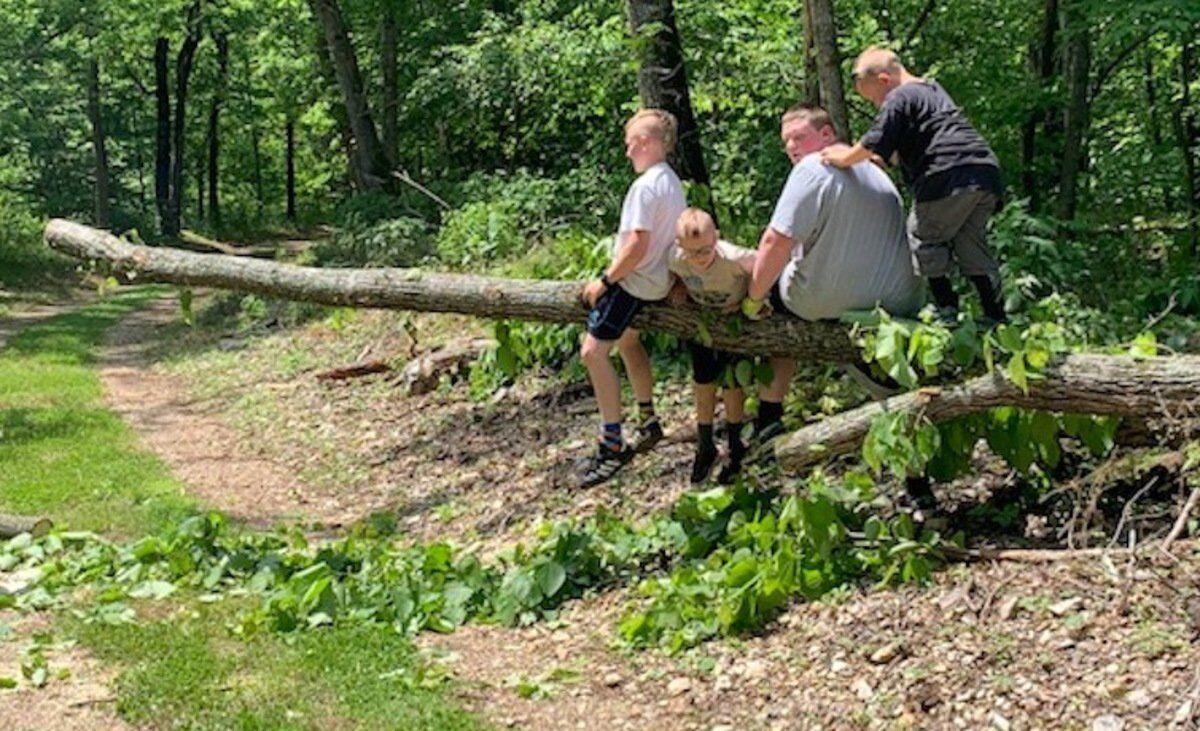 The Gruber boys often have other playmates staying with them, as their parents foster children. From left are: Caleb, Brayden, Zacary, and Landon. 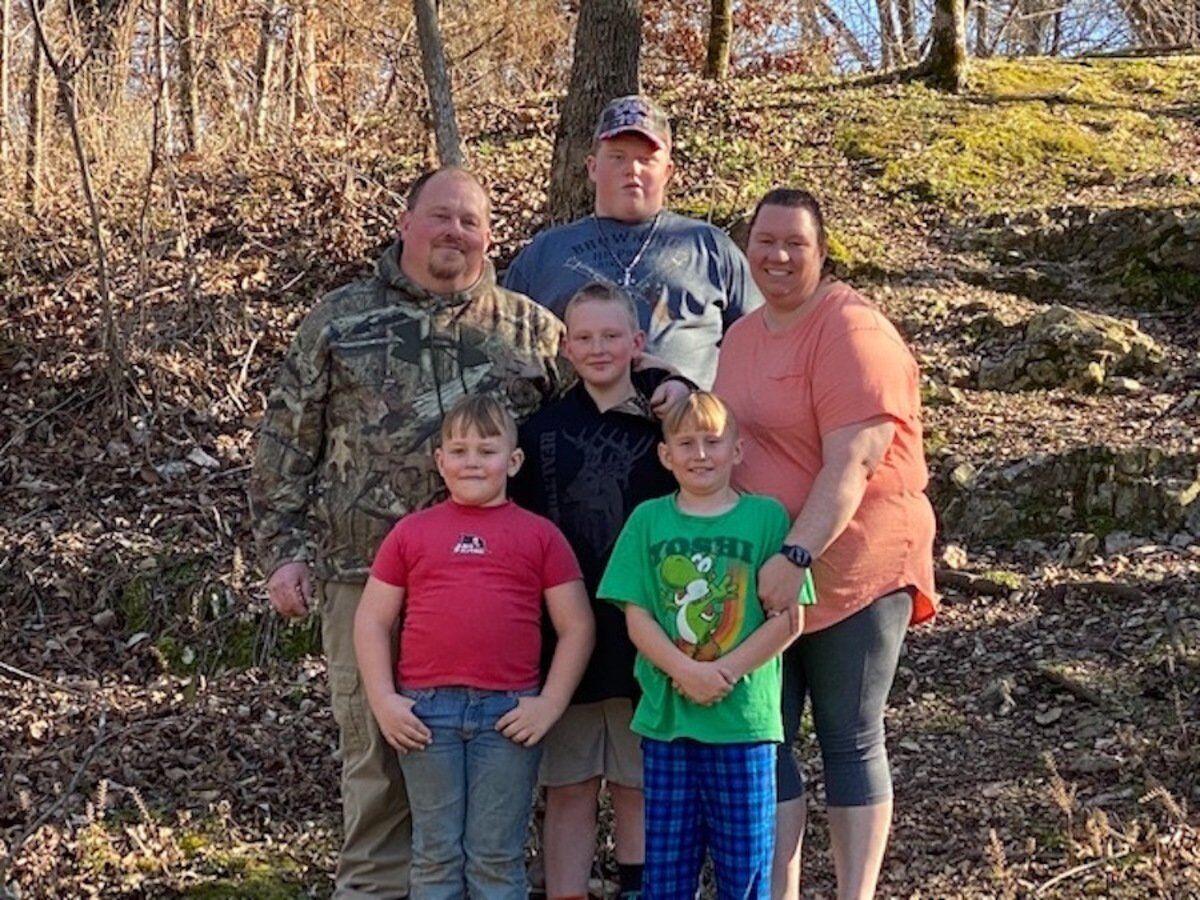 The Grubers have four biological children living at home, plus they foster other kids of all ages. From bottom left are: Brayden, 10, and Landon, 7. Middle row: Steve, Caleb, 12, and Christie. Top: Zacary, 15. 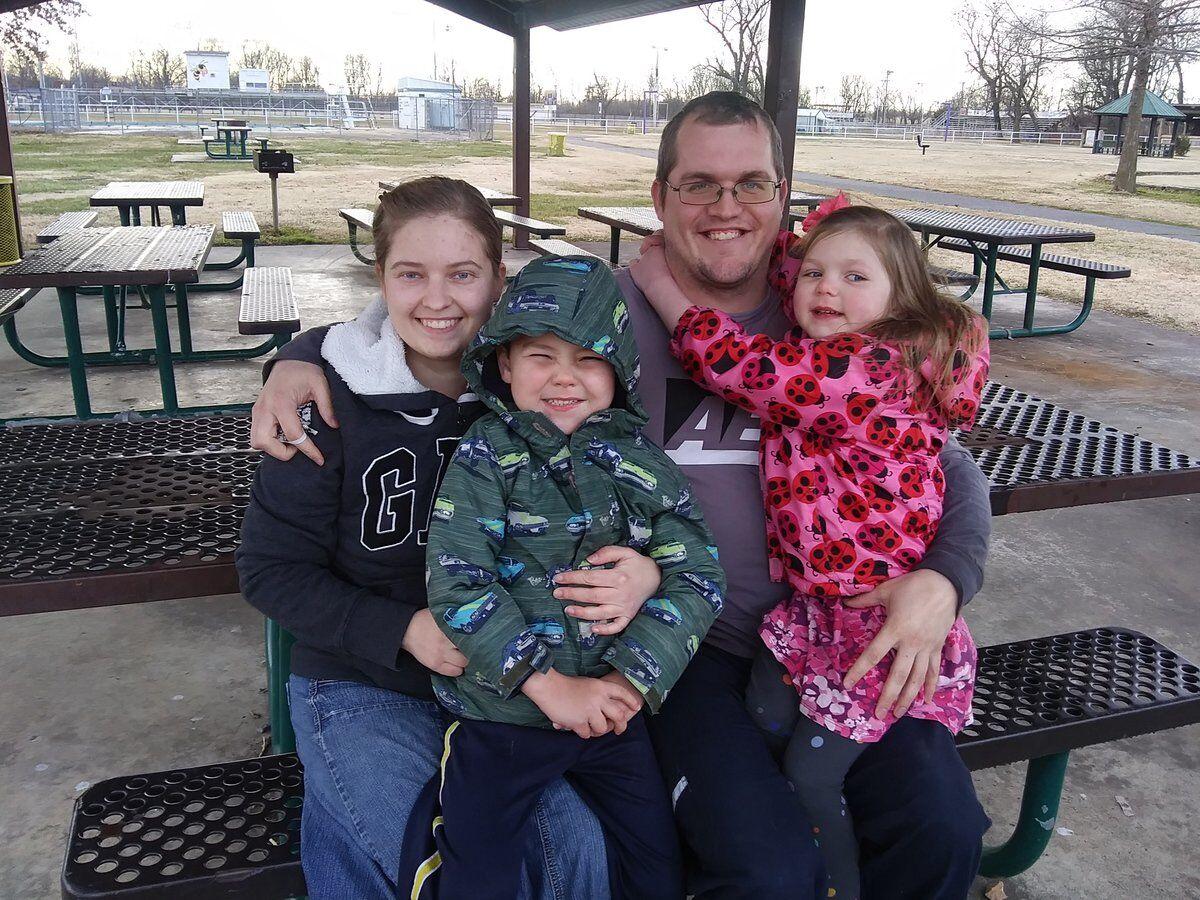 Foster Parents Bethanne and Brantley Tinnin, of Westville, took their children to play at the park recently, and stopped for a picture with adopted son, Bentley, 5, and daughter Georgia, 4. Foster children cannot be photographed for privacy and protection.

The Gruber boys often have other playmates staying with them, as their parents foster children. From left are: Caleb, Brayden, Zacary, and Landon.

The Grubers have four biological children living at home, plus they foster other kids of all ages. From bottom left are: Brayden, 10, and Landon, 7. Middle row: Steve, Caleb, 12, and Christie. Top: Zacary, 15.

Foster Parents Bethanne and Brantley Tinnin, of Westville, took their children to play at the park recently, and stopped for a picture with adopted son, Bentley, 5, and daughter Georgia, 4. Foster children cannot be photographed for privacy and protection.

Christie and Steve Gruber are not originally from Cherokee County, but they moved here to be close to family. They share a common quality with Brantley and Bethanne Tinnin, of Westville, as foster parents.

Steve was originally from Pennsylvania, and she was from Texas. They wanted to start a family, and Christie always knew she wanted lots of kids.

“I always wanted to be a mom. I told everyone I wanted to have 12 kids,” she said.

Now they have five kids of their own, with four of them still living at home. They learned about fostering in Cherokee County, and it seemed like just the right kind of thing for the Gruber family.

“We had always been volunteering in our community. Steve worked for the fire department. We wanted to give back,” she said.

At a certain point, Christie had recommended they redirect their volunteerism away from fighting fires and toward raising more children.

“We didn’t know how to go about fostering, so at first, we did it through kinship,” she said.

After six months of fostering through kinship, the Grubers decided to try fostering traditionally. In April, the Grubers will be three years into fostering, and they do not look back.

“Reunification is what we hope for. Our kinship children got reunified. We had two boys who went to their forever home. We are still in contact with them,” she said.

They started fostering children from ages birth to 7, but by accident, they marked a form that said they would take older kids. To the Grubers, it was a mistake that turned into a real blessing.

“We took in a 14-year-old and loved it to death. Now we have two teenagers,” said Christie.

Currently they have four of their own children, plus five foster children. She wishes she could take in more children, but they need to first build an extension for their home.

“And buy a bigger car,” she added.

Steve works in sales and has benefited from the change from working in the office to at home because it has forced the family to invest in fiber-optic cable. This means he is at home to help out with the children. They also do their own beef and pork, which helps offset the costs of purchasing food.

“We have given these kids a safe home and a safe environment. It is rewarding,” Christie said.

Even though they do not plan to adopt any of their foster children, they are family.

“There is a need for more families in Cherokee County to adopt. Most of the children from this area do not stay in the county because there are not enough foster families,” Christie said.

The best scenario for children is to remain in their community and school so they have as little disruption in their lives as possible, and have the best opportunity to reunite with their family.

Brantley and Bethanne Tinnin became foster parents on June 27, 2018, and it's an experience they truly enjoy.

Brantley works outside the home, and Bethanne did until July last year. They were familiar with foster parenting, and after talking it over, they decided it was a good fit.

“Several members of both of our families fostered. We felt the calling and decided that was the way we wanted to grow our family. While looking into adopting, we became more and more interested in fostering, as the great need for it became clearer,” she said.

“Our biggest concerns were if they would have needs or behaviors we wouldn’t understand or know how to deal with,” she said.

Bethanne said many people tell her, “I could never do that.”

“But I encourage everyone to take training, attend a webinar, or speak to an [Oklahoma Department of Human Services] worker,” she said.

The couple agree fostering is challenging, but also rewarding.

“There is nothing like coming home from work and the kids running up with smiles, yelling, 'I missed you!' And giving me a hug,” said Brantley.

The goal in foster care is reunification first, but if that is not in the best interest of the child, adoption is the next goal.

“Bridging between the family and child is a part often overlooked, but can be so rewarding if safe for the child. Often the parents have never had a positive role model to follow and need help and guidance to get their lives on the right track,” Bethanne said.

Seeing the children grow is fulfilling in ways she had never imagined possible.

“Seeing them learn to form attachments, say words and then sentences after being nonverbal for three years – it's about the moment you see the lightbulb turn on in a child’s head when they realize the cat loves them and they hold it like a baby and sing to it, when before, they were very careless with them,” she said.