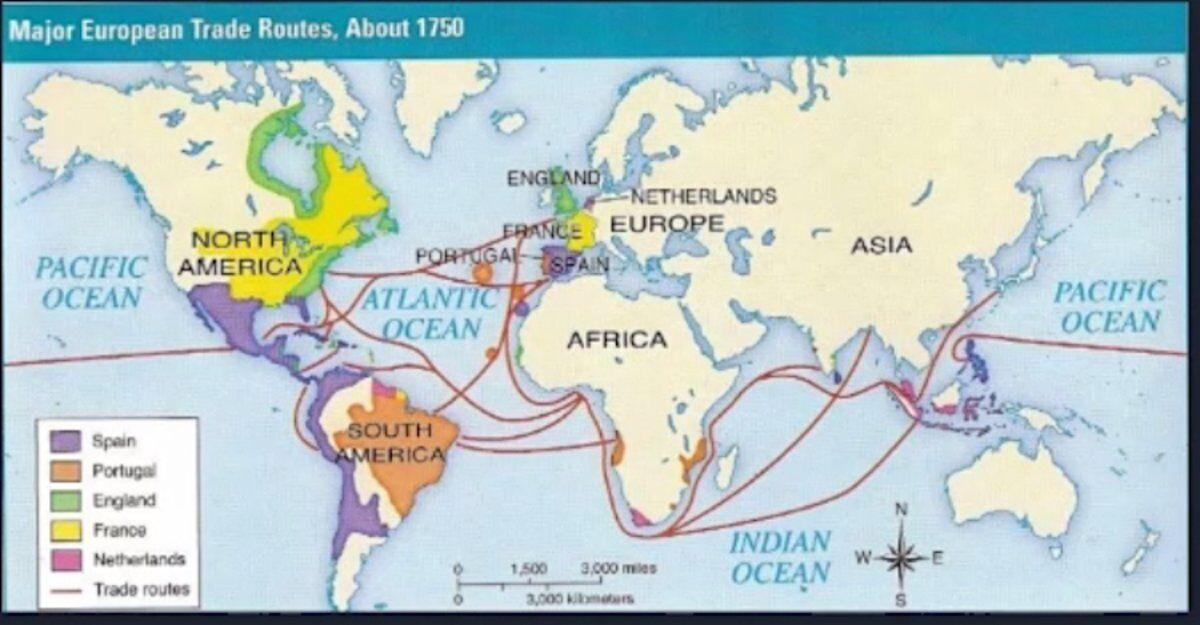 The Great Decisions "The End of Globalization?" program featured some history of global trade, including the European routes around 1750. 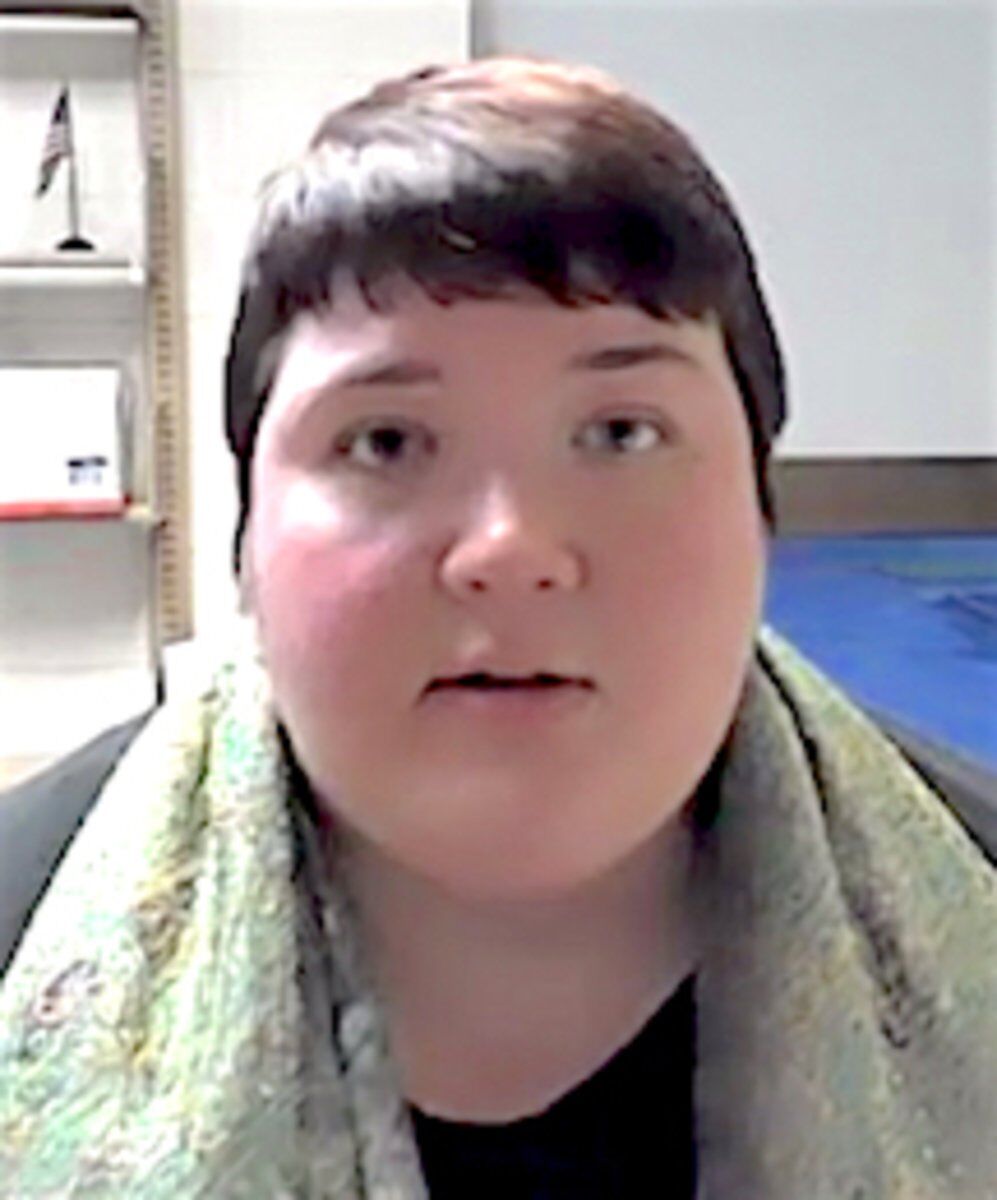 The Great Decisions "The End of Globalization?" program featured some history of global trade, including the European routes around 1750.

For the past couple of months, area residents have met online to discuss foreign policy issues, with most sessions featuring experts. Adrienne Williams, Muskogee Public Library reference assistant, has been introducing guest presenters, but for the third time in the series, she facilitated the program.

"They send us booklets with different articles. The audience is supposed to read the articles before the meeting," said Williams.

The FPA book features talking points and questions to discuss, and patrons could request the entire book or copies of articles.

Thursday's session was "The End of Globalization?" with the article focusing mainly on the current world, and since Williams enjoys history, she did some research.

According to Webster's New World College Dictionary, globalization is "the expansion of many businesses into markets throughout the world." Starting with an overview of the history, Williams talked about the Silk Road and how it allowed trade between Asia and Europe before the fifth century.

"It was successful because it had two large empires involved," she said. "It was mainly silk and luxury goods, which is different than today; we trade anything."

In the Middle Ages, Islamic countries grew the spice trade routes, but it was mostly at sea. The Silk Road found rejuvenation due to the Mongols. Both strengthened the East-West bond. The age of discovery came in the 15th through 18th centuries.

"The discovery of America was huge for trade," said Williams. "This time was marred by slave trade and exploitation of people. Even all the way back in worldwide trade, we see people taking advantage of others."

Most of the global supply chains were set up and centralized in colonies. The 19th century brought massive changes to globalization, as did the World Wars in the 20th century.

"As machines were developed, the more we were able to produce in a shorter amount of time," said Williams. "Following World War II, globalization grew again because of cars and trains. It was so much easier to transport goods."

She said the Marshall Plan expanded that, as it supplied financial aid to European countries struggling after WWII.

The modern age and the internet took globalization to a whole new level, according to Williams.

"Exchange rates, current trade and tariff laws are because of the internet. Pretty much anyone can take part in global trade," she said. "The World Trade Organization has had a huge effect."

China didn't enter the WTO until 2001, which Williams said was pretty late in the game, but now it is a global giant in manufacturing and trade.

Part of the presentation sought to answer the questions of if globalization is ending, or if it should. Reasons some people may be against international trade include environmental impact, security, and global crises. Manufacturing and transportation can contribute to greenhouse gasses and global warming. And security issues span from parts shipped internationally to internet breaches.

"Weapons are globally sourced - or even just individual parts and pieces of weapons are shipped. People could send something that contains spyware or contagions," said Williams. "With internet security threats, people can hack in and get information from multiple countries from one site or database."

As most of the world saw with the COVID-19 pandemic, crises can impact manufacturing and shipping.

"China is a world leader in manufacturing and goods right now. That's one thing people don't like because they think we should be making our own goods," said Williams. "The pandemic affected globalization. The trouble here was that we could not get PPE [personal protective equipment] in a timely fashion. People argued that if we had large manufacturing in the U.S., we wouldn't have had such a shortage."

Other talking points dealt with taxes and how corporations can hide money in parts of the world where taxes are low; unfair working conditions; and the spread of diseases and organisms.

"A lot of people say globalization makes the rich richer and the poor poorer," said Williams. "Unfair working conditions started at the Silk Road or before then."

Williams said there seems to be sort of a race to be a major power in globalization, while other countries are not taking part in it.

"Taiwan and South Korea are big leaders. Japan is a huge power, especially in technology. China is doing a good job at leading the race," she said. "Some countries are ignoring globalization and are staying isolated. North Korea is staying isolated. At least right now it doesn't seem to be in their favor; they seem to struggle a lot more."

If the U.S. began manufacturing more goods and limiting trade, Williams thinks many items would be more expensive or impossible to get.

"I think it would be a major culture shock to some people who don't think about the global apply chain," she said. "For me personally, there are a lot of things in my life I might not be able to afford anymore."

Those interested in learning more about this and other Great Decisions topics can contact the Muskogee library. Along with copies of the articles, a video series is available on DVD.

TAHLEQUAH [mdash] age 79. Butcher. Died May 4th in Tahlequah, OK. Funeral Services May 10th at 11:00am at Reed-Culver Chapel. Interment at Caney Cemetery. Visitation May 7th from 1:00pm until 7:00pm at Reed-Culver Funeral Home.