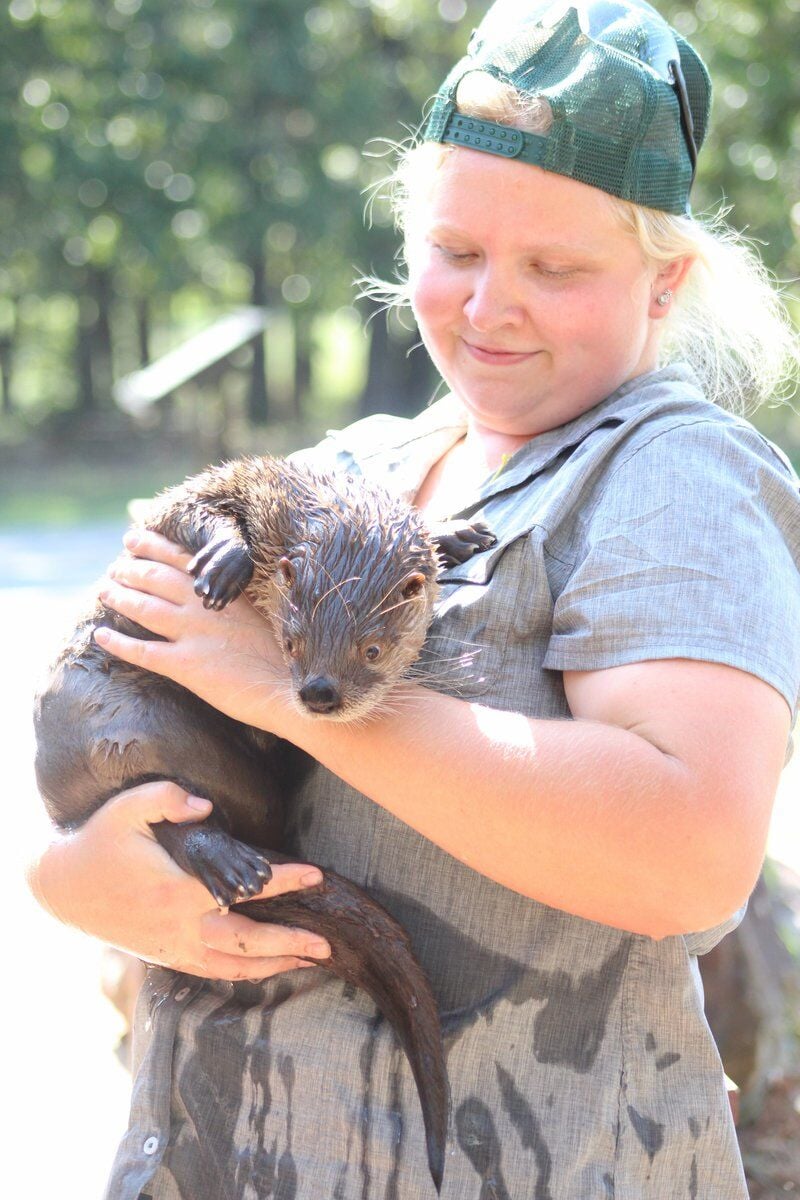 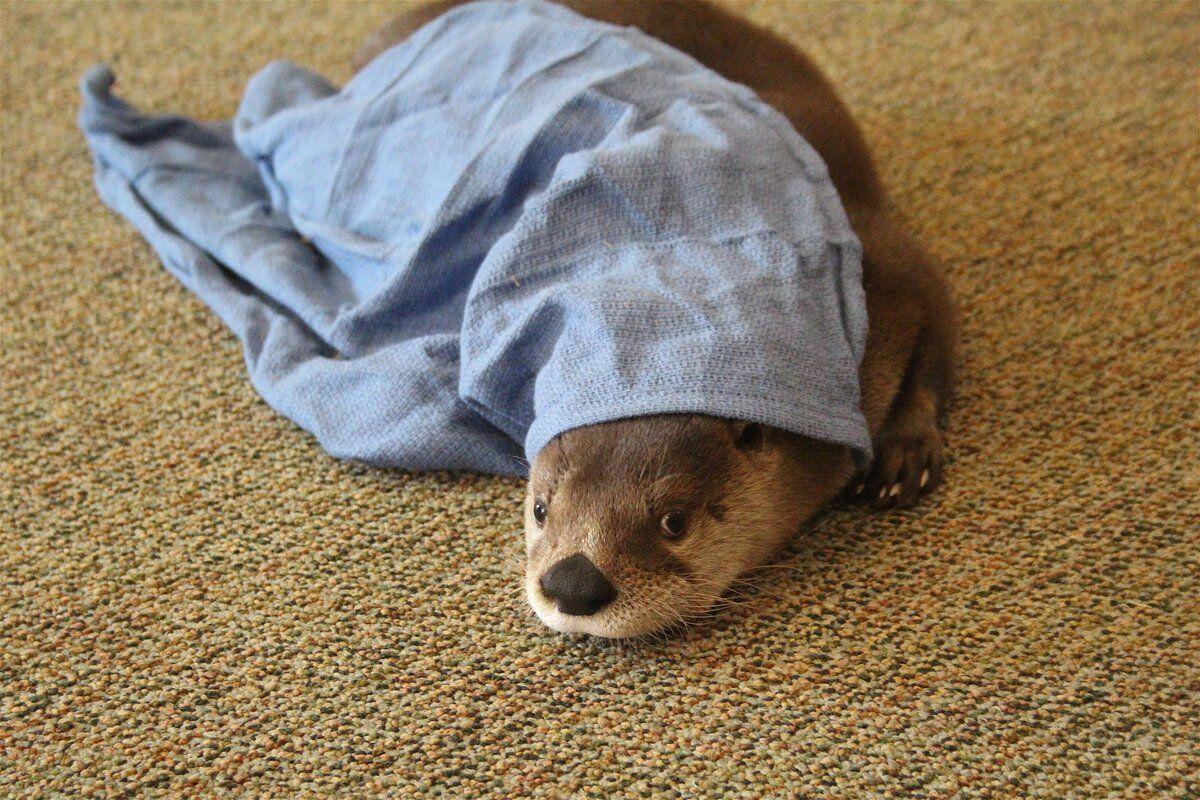 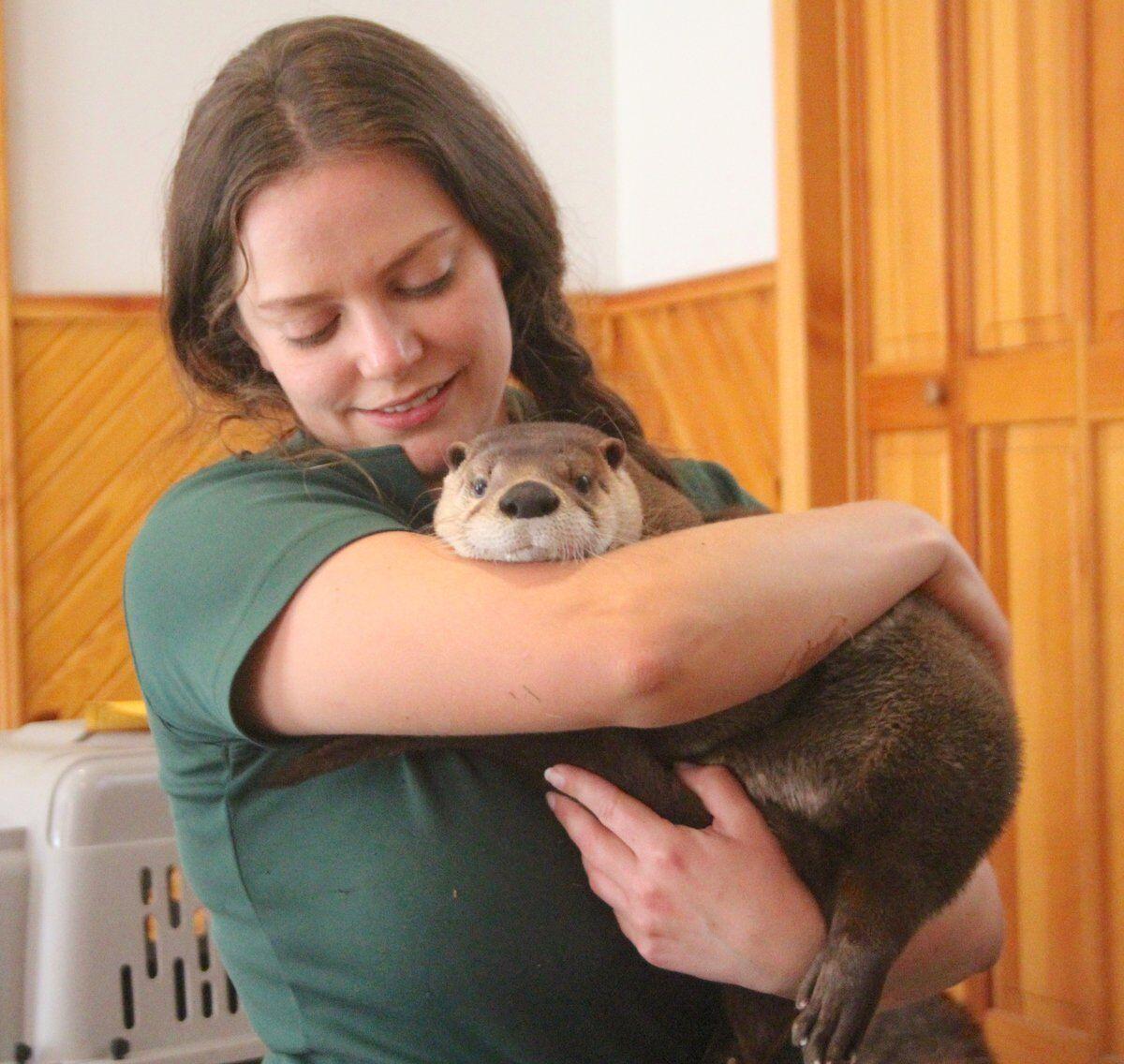 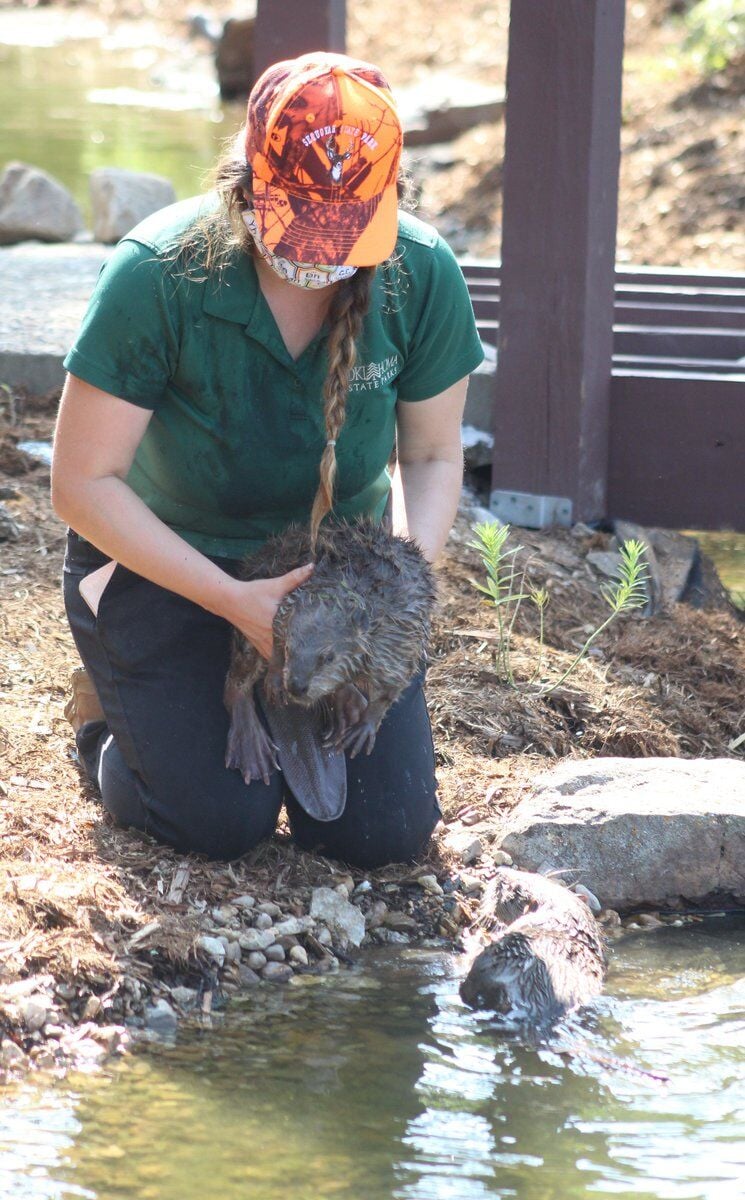 A new star at Sequoyah State Park’s Three Forks Nature Center will have to share the spotlight, after the center’s resident – a 7-month-old beaver named Bixby – gained a roommate this week.

A 5-month-old river otter, Harry P. Otter, came to the center Tuesday by way of Wild Heart Ranch, the same rehab facility from which Bixby came. The two are still getting used to each other, but they’re likely to become fast friends.

“Paring a beaver and an otter is weird, but they’re both weird and around the same age,” said Angelina Stancampiano, park naturalist. “It’s an unlikely friendship. They can play together and won’t fight over food. They’re different species, so they’re not going to mate or have territory issues.”

It’s been a dream of Park Manager Tony Presley’s to have a river otter at the nature center, but Stancampiano has always told him no. Otters normally eat live fish, or freshly dead fish, which can be costly for caretakers. They’re also typically more agile than beavers, so Bixby’s enclosure is not advantageous to a blossoming water weasel. This was a special case, though.

Harry was illegally kept in someone’s home and was not fed the proper diet, so his bones never developed properly. Instead of eating whole fish, he was given fish fillets.

“So he wasn’t getting all of the vitamins and minerals he needs from eating the bones and scales and everything from a whole fish,” said Stancampiano. “He lacked calcium and all of those other vitamins that are needed for bone growth. So he’s overweight and his bones are not formed properly. It was clear he’s not fit for release.”

Harry also cannot walk on land. His legs are a little deformed and he is overweight, so he can’t move properly. To get from point A to point B, he rolls around. But the nature center’s staff is hoping to see some improvement in that regard. First, they’ve started by getting him the nutrition he needs.

“We have supplements that we add to his fillets so he gets all of the nutrition he needs,” said Stancampiano. “But it would be better for him and more realistic for his lifestyle to actually eat the whole fish.”

The crew at Three Forks will start off feeding Harry parts of fish with scales left on it. Their hope is to slowly work with him until he eats a whole one. For now, though, when he sees a fish, he thinks it’s a toy. With proper diet and exercise, Stancampiano and his vet are hoping to see some improvement in his mobility.

“Dr. [Larry] Peters said physical therapy for any overweight animal with bad bones like this would be to swim,” she said. “Luckily, you have this aquatic animal who now has a big pond. So he loves it. He swims, swims, swims and knocks himself out.”

As the otter and beaver learn to get along as roommates in the park’s enclosure, they can serve as examples of how human interference can be detrimental to their life in the wild. All the animals at Three Forks are there due to human intervention, usually resulting in negative outcomes for the creatures. Animals that have been raised in captivity or have had their dens destroyed by construction, like Harry and Bixby respectively, often need the assistance of rehab facilities like Wild Heart Ranch.

“People try to feed fawns milk from their fridge and things like that where they think they’re helping, but a lot of times, it’s really selfish,” said Stancampiano. “People want to feel like they’re helping, but they don’t want to help so much that they drive them to a rehabber.”

Those who encounter wild animals should leave them alone as long as they can without interfering. So pet owners should keep their dogs and cats inside when they see one. Only until it’s obvious the animal needs help should humans intervene, in which case they should immediately search for a rehabilitator for assistance.

Harry and Bixby will likely never be released into the wild, but they are still young and can live out their remaining years together, eating until they are full and receiving plenty of interaction from both park staff and guests.

“People will remark how it’s sad they’re here, and we agree,” said Stancampiano. “We wish they were in the wild, but it’s either they’re here where they are fed well, receive enrichment and have a good quality of life, or a lot of times, they’re euthanized.”

Harry P. Otter and Bixby Beaver can be seen at Sequoyah State Park’s Three Forks Nature Center Tuesday through Sunday, from 10 a.m. to 5 p.m. On Saturdays the center stays open until 6 p.m.