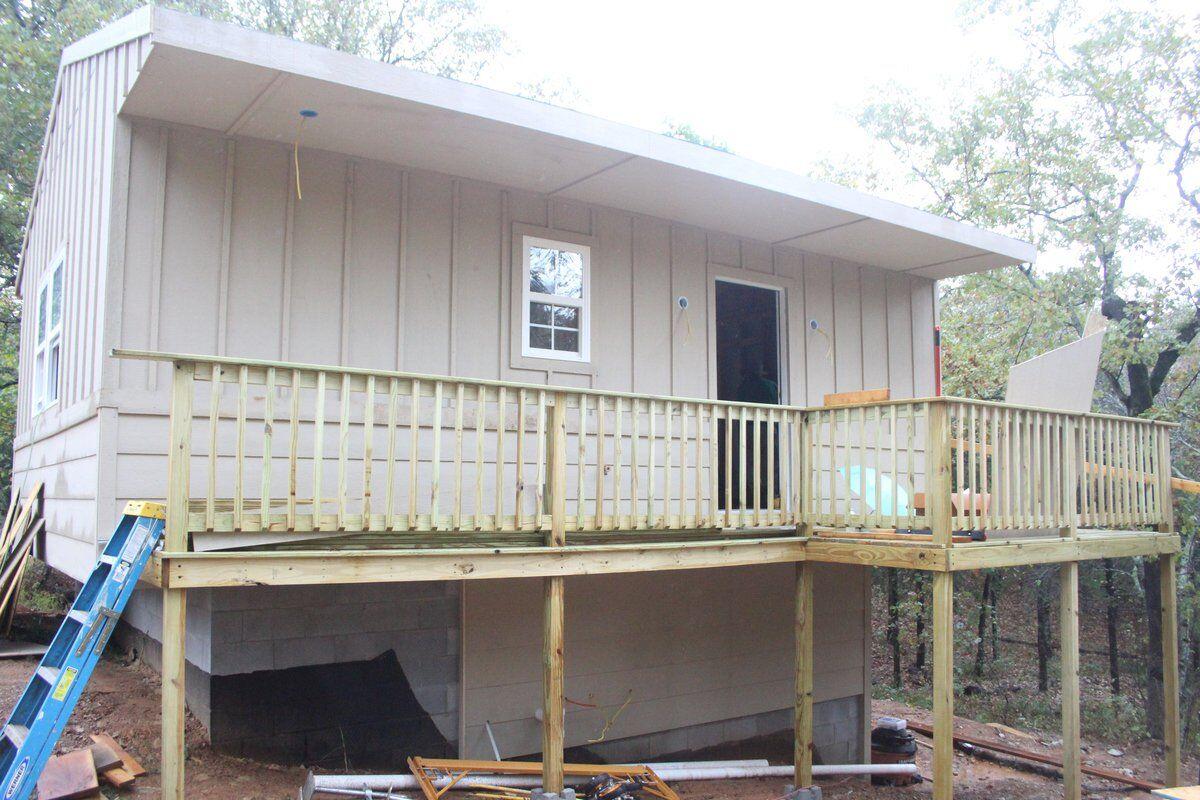 The Tahlequah Area Habitat for Humanity is currently working on house No. 30 near Lake Tenkiller. 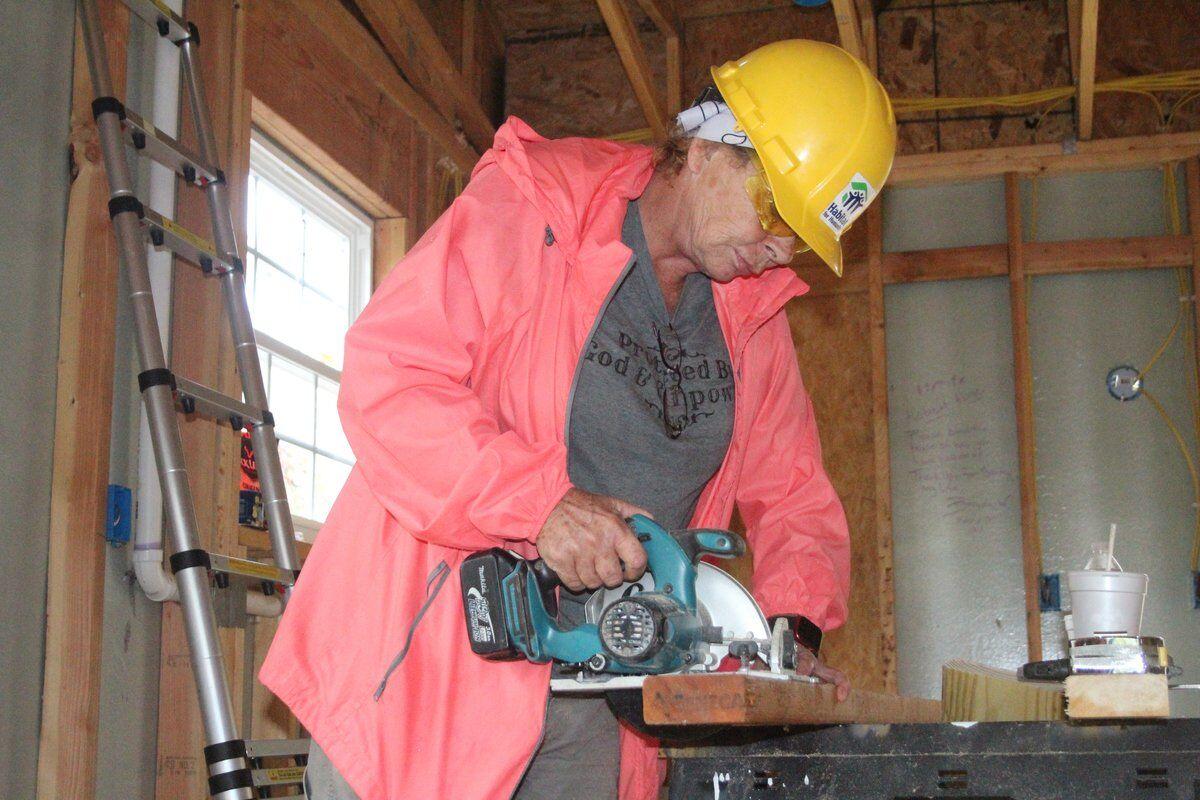 Brenda Wood has been helping build a home near Lake Tenkiller with the Tahlequah Area Habitat for Humanity.

The Tahlequah Area Habitat for Humanity is currently working on house No. 30 near Lake Tenkiller.

Brenda Wood has been helping build a home near Lake Tenkiller with the Tahlequah Area Habitat for Humanity.

Tahlequah Area Habitat for Humanity has been having trouble finding volunteers to help construct a house near Lake Tenkiller, where house No. 30 is being built.

The nonprofit organization has finished the framing and is working on the interior of the home. The site is near Lake Tenkiller Harbor, and Cheatham said the fact that it is so far out of town has been an issue when looking for volunteers. Also, she said some people assume there is no work to be done when it’s raining, like it has been in recent days.

“We can do inside work,” she said. “The storm really hasn’t had too much of an impact. During that big storm Sunday night, we did not have any damage and we were glad for that.”

Over the past year, building material costs have skyrocketed throughout the country. That has made it difficult for construction companies and organizations like TAHH to acquire lumber and other items. The price of window, doors, and the spray foam TAHH uses to insulate homes has also increased.

“The companies pass along all of those increases, and of course, we have to pass that price along to the homeowner,” Cheatham said. “In addition to being expensive, they’re on backorder. We had to pick windows that were in stock that were different from what we normally pick. But we can’t wait three months for windows to come in.”

Another big issue for TAHH has been the lack of availability of trade professionals. It’s been tough to find plumbers, HVAC contractors, and electricians. Because the construction of a home relies on such people to do installations, it’s kept the project from finishing on time.

“Everybody is so busy, because there are a lot of projects going on, and we don’t have excess of licensed people in our area,” Cheatham said. “You’re on the schedule, but you have to wait your turn. So it’s been delay, delay, delay.”

TAHH hopes to finish the house by the end of October. Cheatham is not sure it will be done by then, but she hopes to have enough work to be done to allow the homeowner to move in.

“Her lease is up at the end of October and she has to go somewhere. So she might move in before we actually finish, and then we’ll have to work around her,” Cheatham said.

Anyone can volunteer to help build a home with TAHH. Brenda Wood said she’s never had any experience with construction work before, but that didn’t stop her.

“I wanted to learn and I wanted to do something good for somebody else,” she said. “I just turned 60 years old, and I thought, ‘I could do this.’”

One common misconception is that the homes built by TAHH are free to their new owners, but they are not. Those who are selected have to have good credit and low debt, and they must pay it back the money through an affordable mortgage.

“I still have people that think it’s a free house,” Cheatham said. “It’s not. It’s an affordable house.”

The TAHH is working on the one-bedroom home near Lake Tenkiller Tuesday through Saturday, from 8 a.m. to 3 p.m. Anybody interested in volunteering can sign up at tahlequahhabitat.org.