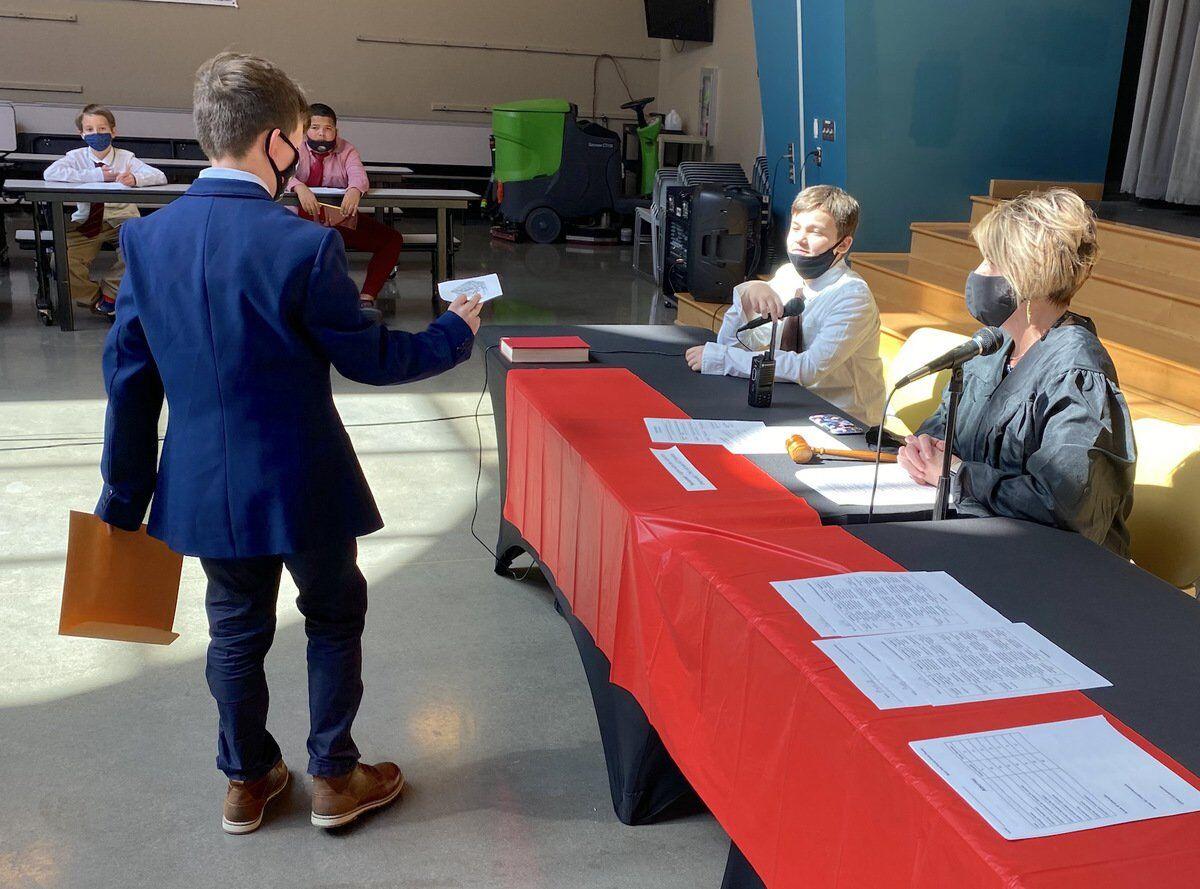 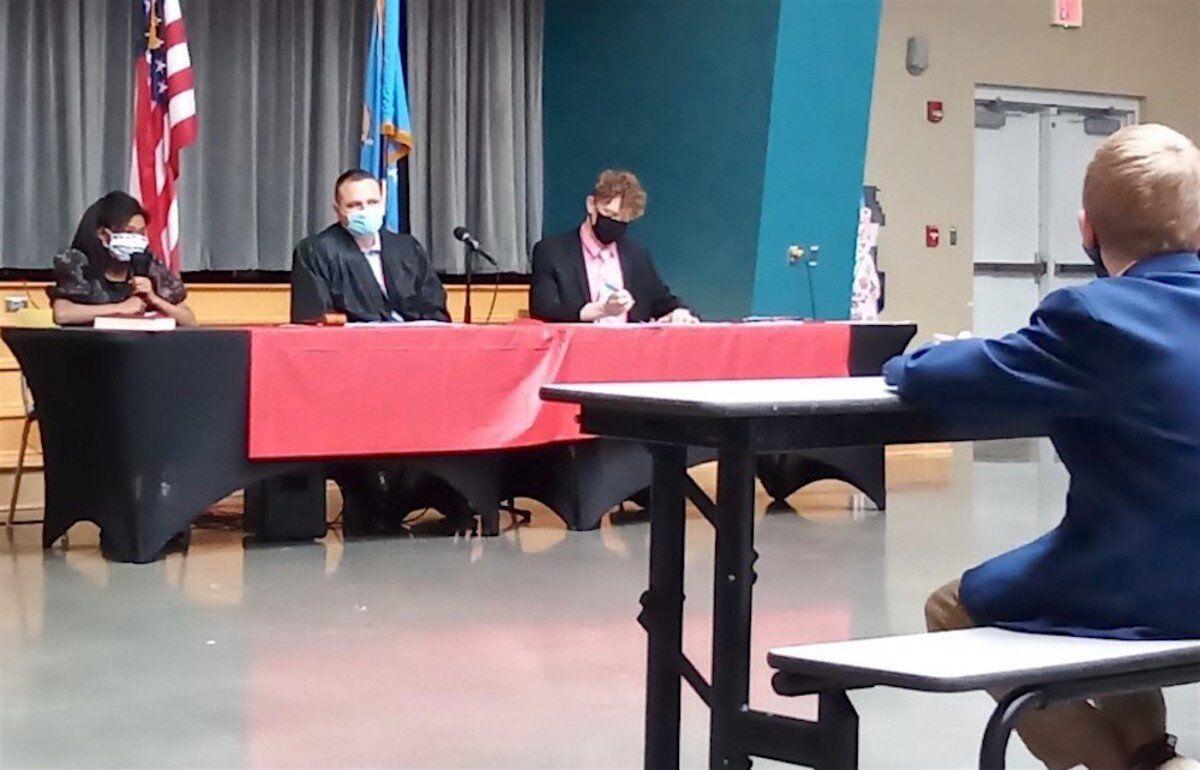 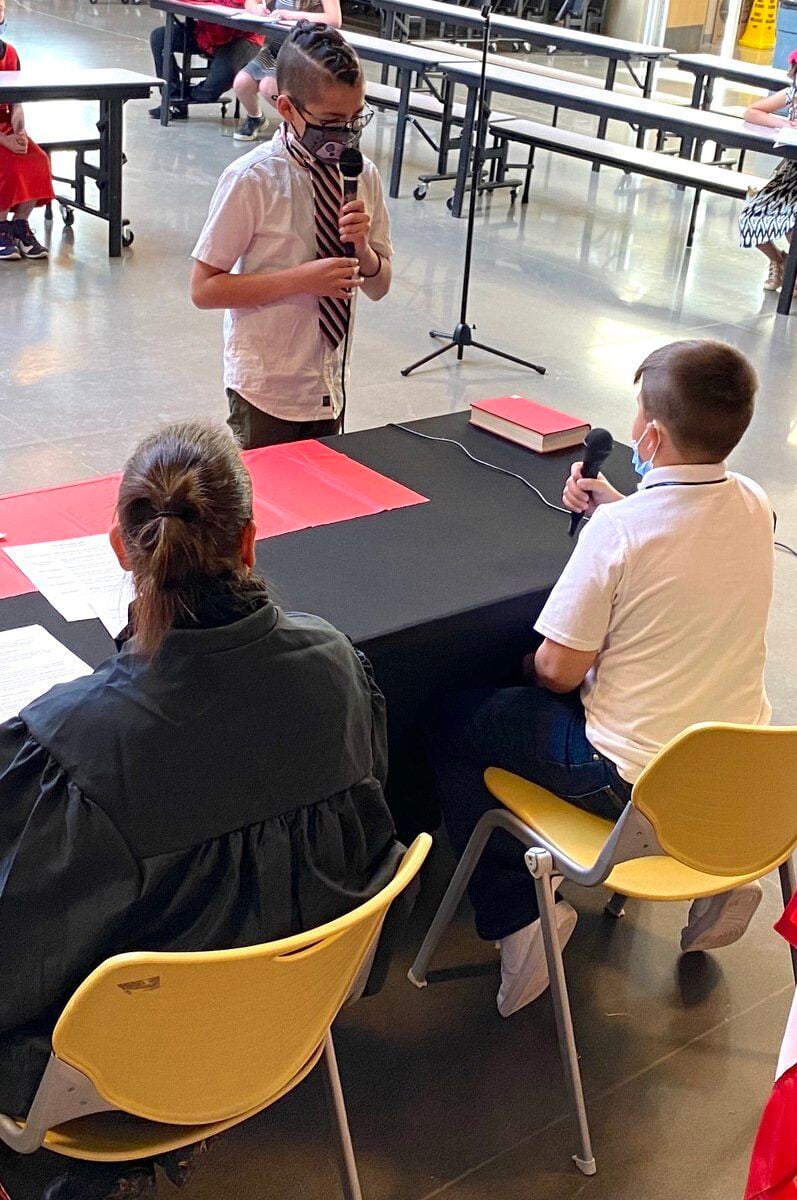 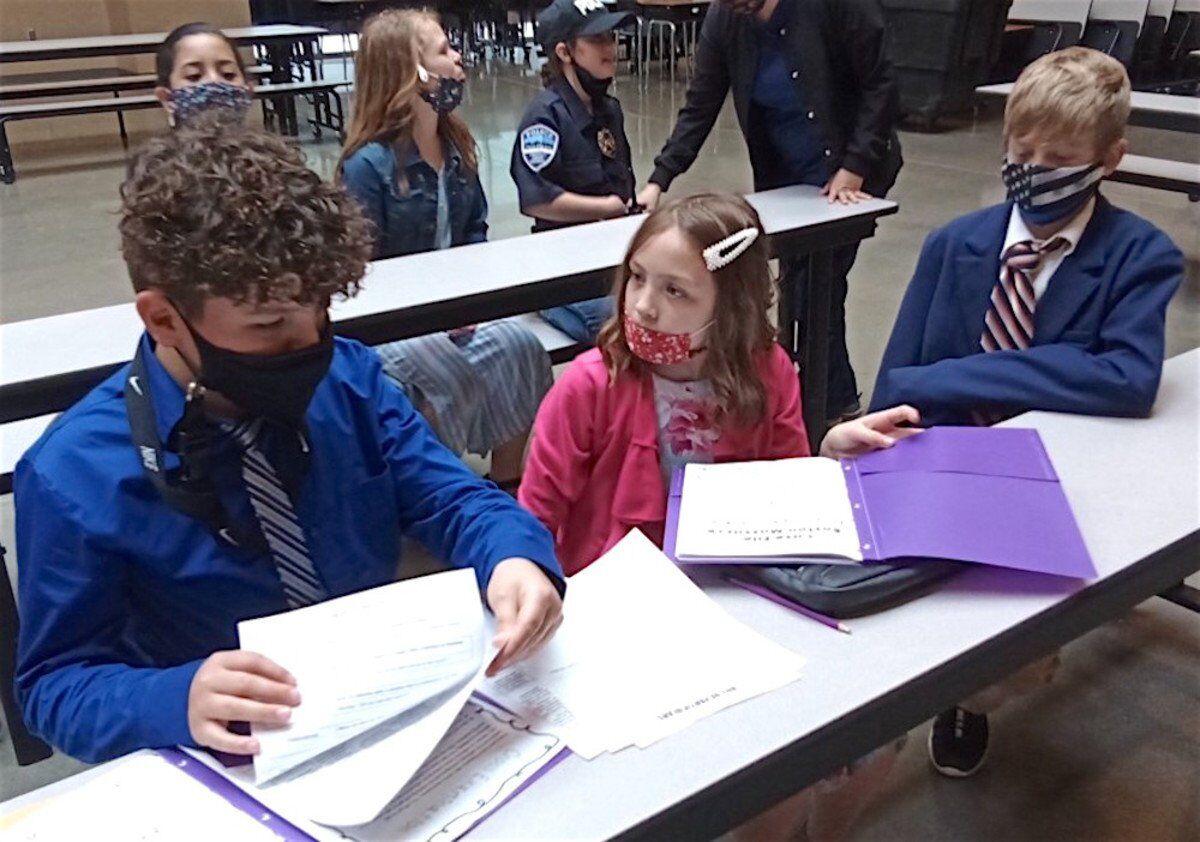 Nearly 250 years after allegedly being involved in the Boston Massacre and Boston Tea Party, Samuel Adams and Thomas Preston, two key individuals in the American Revolution, were acquitted by Heritage Elementary School fifth-grade students during a mock court trial.

For six weeks, students in Traeton Dansby’s reading and social studies classes have been preparing to debate the events leading up to the American Revolution by completing a mock trial project. Students took on the roles of attorneys, witnesses, the defendant, jury members, and even the bailiff, and they were tasked with researching their roles to find out exactly what they would be doing during the court case.

Armed with almost a year of experience in independent research, a state standard for fifth-grade students, the attorneys and witnesses worked together on teams to find the facts of the case and back up their statements with primary source evidence.

“My favorite part was bringing up the evidence,” said Marshall Leblanc, defense attorney. “Being an attorney is especially scary because you know someone’s life is risked to be ruined if they are found guilty, but it was so satisfying to go up in court and prove the defendant innocent.”

The defendants worked hard with their team of attorneys to prove their innocence, too.

“It was kind of scary to be the defendant. You are sitting there and waiting to see if you get found guilty or not,” said Waylon Odom, playing the character of Samuel Adams.

Students who sat on the jury also had a tough job. Prior to coming into court, they completed a research paper on the responsibilities of a juror, and came up with questions to interview an adult in their life who had previously sat on a jury.

“Usually on TV shows, I see the judge making the decision, but it is not actually that way,” said Drew Jones, one of the “defense attorneys.”

When it came time for the trial, Tahlequah Public Schools Superintendent Leon Ashlock served as the judge.

Dansby said he was proud to see all the hard work the students poured into their trial.

“Teaching through an inquiry-based model such as this project not only gives students real-world experience, but also helps history come alive in ways an old-fashioned textbook could not ever,” he said.

The mock trial not only got students to read, research, and acquire knowledge about historical events, but also taught them persuasive argument skills, critical thinking, and the concept of viewing history through different perspectives.

This is Dansby’s first year teaching, but he had substituted at Heritage while attending Northeastern State University.

“It’s an interesting experience starting in a pandemic,” he said. “Heritage is such a good community. I loved it when I was subbing there. It’s a good school.”