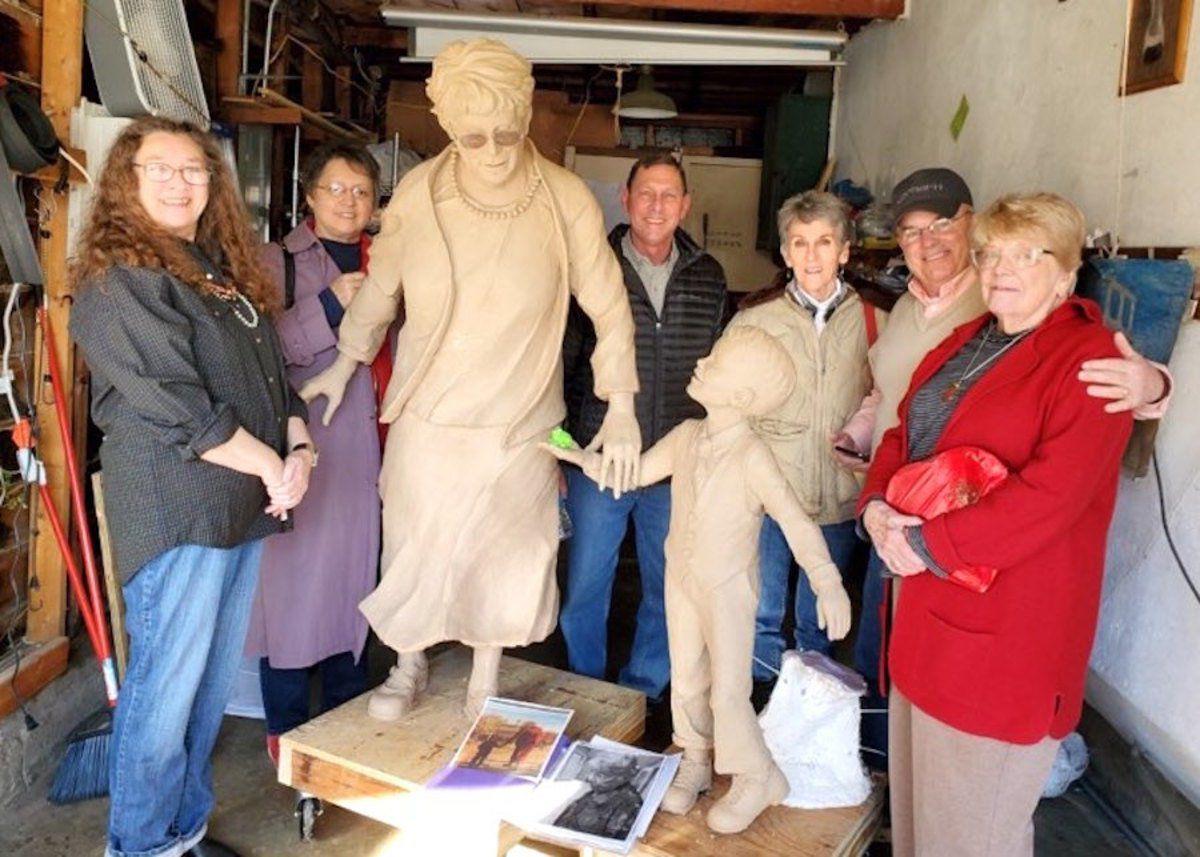 Committee members took Beth Herrington to Tulsa to see the statue of her with a child. From left are: sculptor Denise Ford, Etter Nottingham, Mark Gish, Diane Kindall, David McClain, and Beth Herrington. 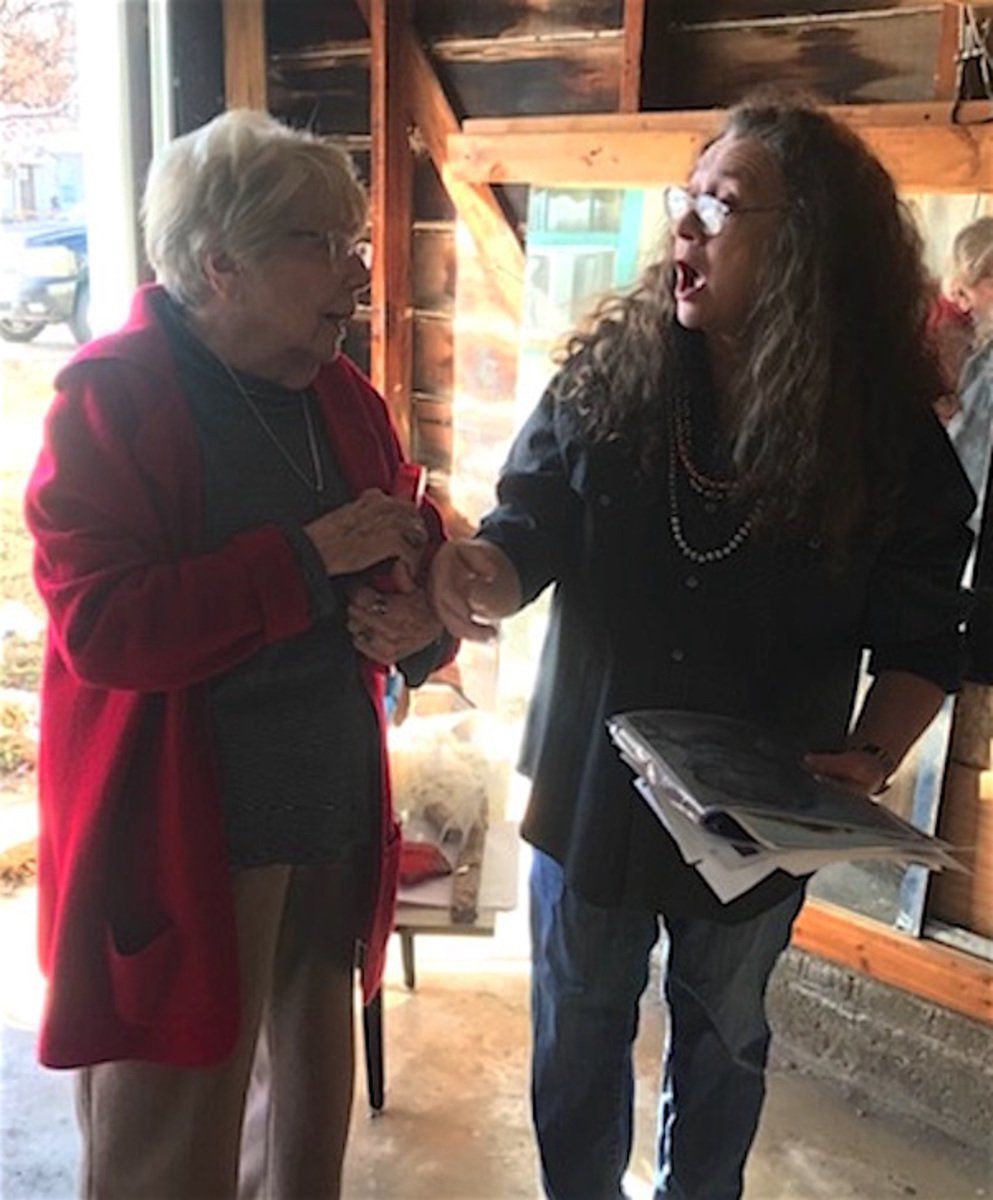 Beth Herrington, left, talks with Denise Ford, the artist who sculpted a statue of her and a child. 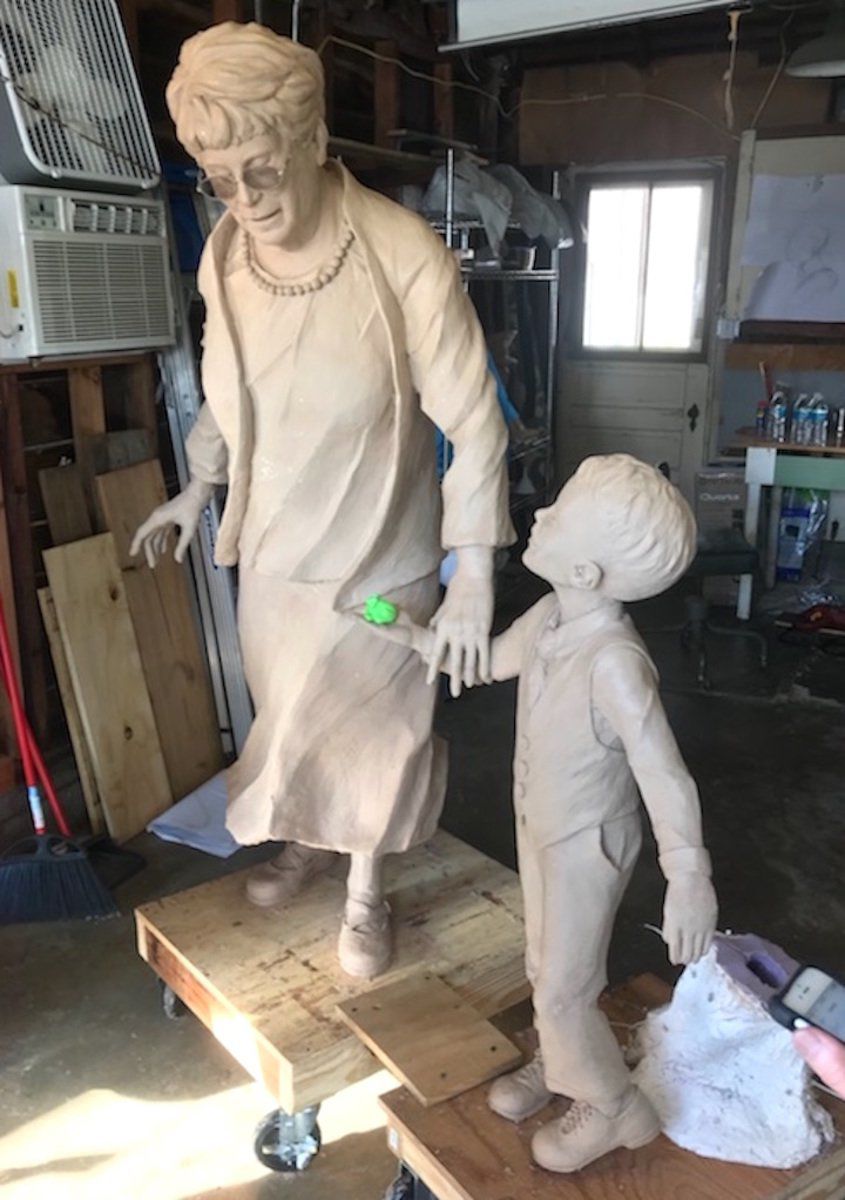 Denise Fordâ€™s statue of Beth Herrington and a child is ready to be taken to the foundry for bronzing.

Committee members took Beth Herrington to Tulsa to see the statue of her with a child. From left are: sculptor Denise Ford, Etter Nottingham, Mark Gish, Diane Kindall, David McClain, and Beth Herrington.

Beth Herrington, left, talks with Denise Ford, the artist who sculpted a statue of her and a child.

Denise Fordâ€™s statue of Beth Herrington and a child is ready to be taken to the foundry for bronzing.

Historian and retired music educator Beth Herrington was speechless when she was treated to a trip to Tulsa recently to view the finished statue of her with a child.

"I was flabbergasted, in awe of her ability," Herrington said of sculptor Denise Ford. "It was an inspiring experience. To think someone can create something so lifelike. I can't imagine being able to do what she does. It's just amazing. Not because it's me, but that she captured the posture of me with the child wonderfully."

Ford was commissioned to create the piece from photos last year, and some of the statue committee members drove to her studio to see how it turned out, give final approval before the work is sent to a foundry, and pay Ford.

"Beth was such a joy to meet in person," said Ford, who enjoyed the visit of the Tahlequah group. "Everyone was so nice, really, and they liked the piece."

Creating the statue from photos, working with the clay day to day, Ford said she could feel Herrington's heart for children.

"She is a very special lady, and I'm honored to have been able to create this work of her," said Ford, who will be driving it to the foundry and dropping it off to await bronzing with the lost wax method.

"It was fun to see Beth's reaction to the statue and see all the details. The young man's hand is extended palm upward, and the sculptor had in mind to put a little frog or globe there," said Gish.

Herrington initially thought that seeing nature through the eyes of a child was important, so she chose the frog. But after a few days of consideration, she decided the globe was the best choice.

"I loved the frog; it was great, but I came home and, after talking to members of the committee, I felt like the globe represented the world of learning and possibilities, and of the obligations to those who follow us," Herrington said.

Etter Nottingham also went to see the statue and noticed there was nothing about it that indicated her friend's love of music.

"Music is your life, and there's nothing on the statue that depicts it," Nottingham said to Herrington.

With many broaches and pins in her collection, Herrington has a favorite that is a music note.

"She had a story about that pin. A young man from the Methodist Home had something wiggling under his shirt. Beth noticed before he went on stage. It was a possum. She took it and put it in a box, with the young man telling her he didn't have toys like other kids, and this was his pet. After the performance, she gave it back. A few days later, he gave her this pin," said Nottingham.

A mold was then made of the pin and put on the statue's dress.

Funds for the statue have been coming along, and now the committee is collecting funds for the base, landscaping and upkeep.

"They're looking at different alternatives for the base, which will be about 5-foot by 2-foot," Gish said.

A final task for Herrington is to choose an inspirational quote or thought to go on the base.

"I'm looking for something that will convey the meaning of the statue, of life, something inspirational - something about education, children, wisdom," she said. "I'll know it when I hear it."