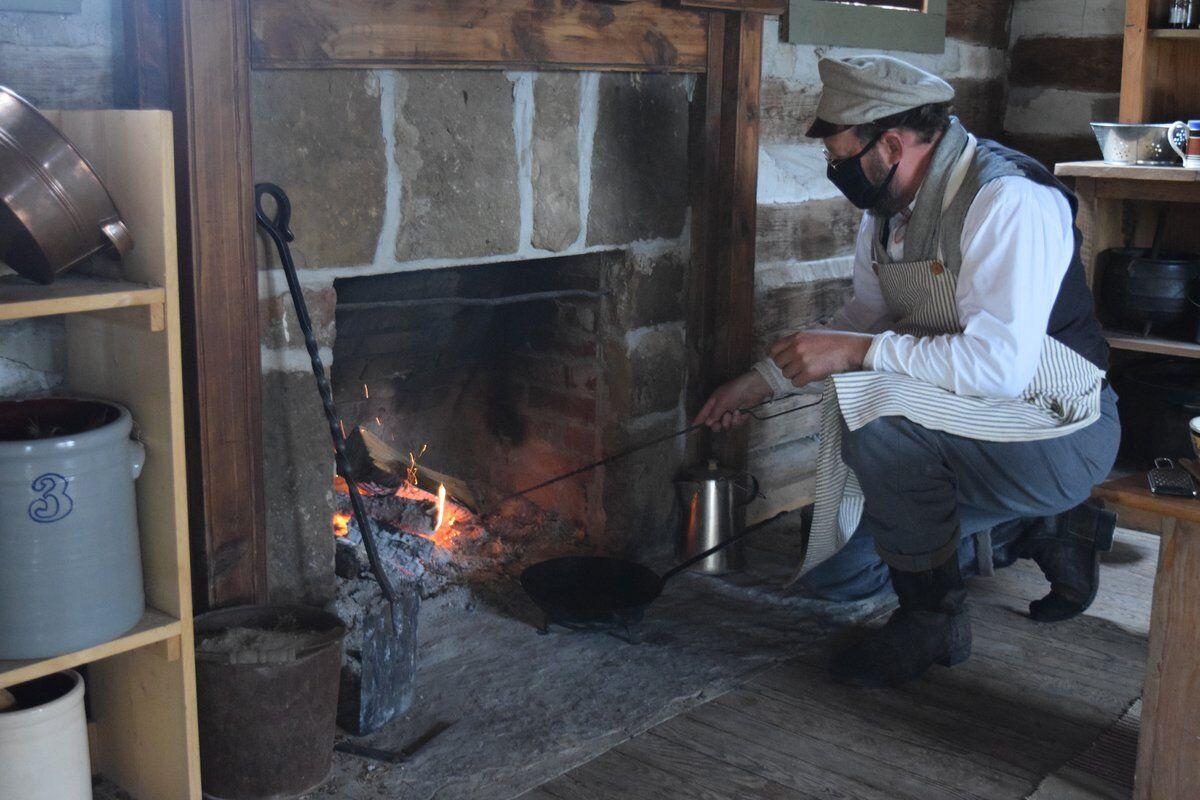 David Fowler explains that the key to cooking with a fire is regulation. He pulls the coals from the fire onto the stone hearth under the trivet. 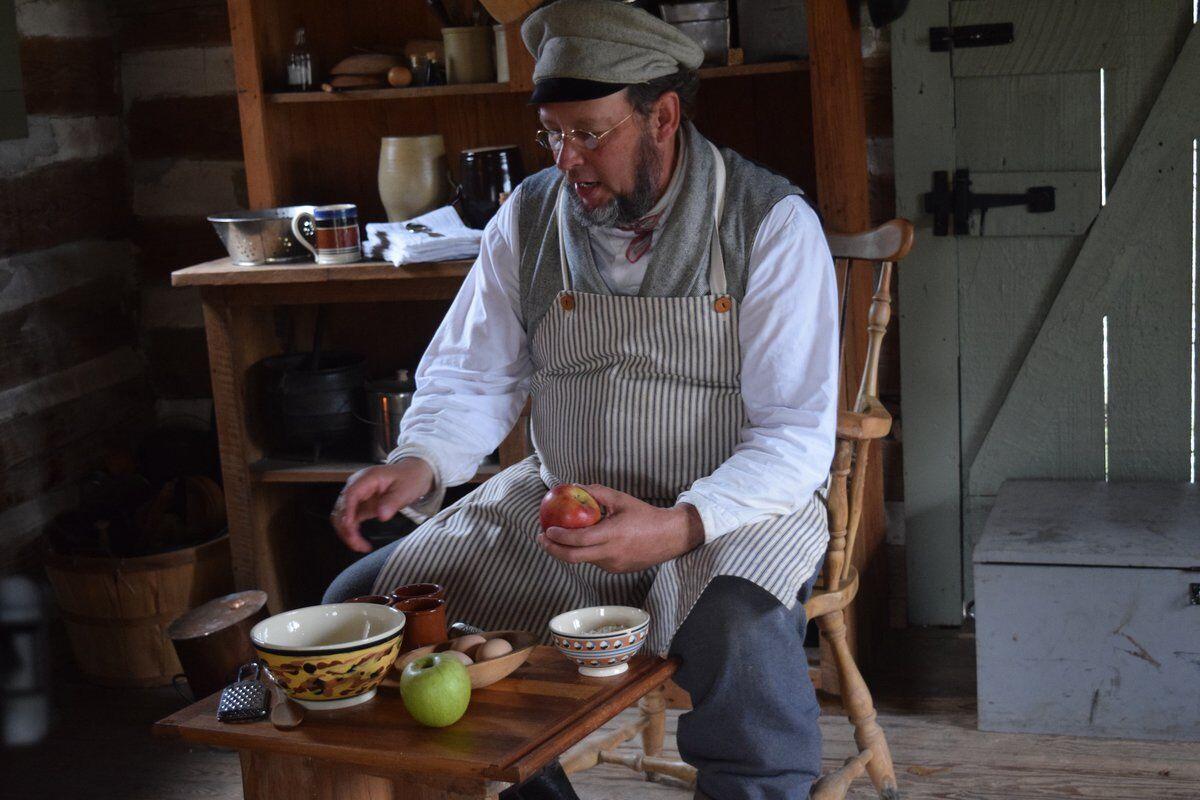 In this fritter recipe, David Fowler recommends using cooking apples, such as Granny Smiths or Jonathans.

David Fowler explains that the key to cooking with a fire is regulation. He pulls the coals from the fire onto the stone hearth under the trivet.

In this fritter recipe, David Fowler recommends using cooking apples, such as Granny Smiths or Jonathans.

David Fowler has served as the director of the Hunter's Home since 2008, and he has been giving outdoor cooking demonstrations for 19 years. He routinely teaches cooking at the Arkansas Living History Conferences and he possesses a swath of knowledge on how Americans cooked in the 19th century.

Under ideal circumstances, Fowler would have preferred giving this week's cooking demonstration in front of a live audience, but Hunter's Home has moved its events online due to COVID-19. In the rustic Daniel Cabin, outside of the main house at the Hunter's Home, Fowler set up his camera and livestreamed a lesson on how to cook apple fritters using 19th century techniques.

He explained that it is important to use cooking apples in this recipe, because they tend to hold their texture.

"Otherwise, they turn into applesauce," he said.

Hunter's Home used to be home to over 500 apple trees behind the south side of the home, across from the creek. This part of the Ozarks used to be what he called an "apple-growing paradise," from the mid-1800s to the early 1900s.

"The climate was perfect for apple growing, and back then, there were no diseases like fire blight," said Fowler.

He also blamed overgrowing as a reason for why apples don't grow as well as they used to, adding that anything grown for too long is prone to disease.

The apples grown on the farm were not as sweet as the ones found in grocery stores today. Most of them were used for hard cider, vinegar, and cooking.

"They would drink their apple a day," Fowler said.

Ultimately, what killed the apple industry at Hunter's Home was prohibition.

"We've lost a number of varieties of apples from that time, such as the Arkansas Black," he said.

Because he used freshly laid local eggs, they ended up coming out smaller than those found in grocery stores, so he added a third egg, which served as the recipe's binding.

He took an apple and peeled it in front of the camera, then grated the apple into a bowl.

"A lot of graters in the 19th century were made from punched tin," Fowler said.

The key to cooking over a fire is regulation, he explained as he started a fire, which had burned down into coals. He took the coals and placed them under a trivet, which held up an 19th century sheet-iron skillet.

People of the time would have used lard, but Fowler explained that those who prefer can use butter, olive oil, canola oil, or whatever fat the cook is most comfortable using.

"We don't need a lot of oil [referring to the melted lard] in the pan. You need enough to just about cover the fritter. We are going to spoon a little of this out," he said.

The dough was dropped and patted into a sizzling pan where the fritters were cooked for several minutes on each side. After they were taken out of the pan, he placed one on a plate and topped it with honey.

"We are going to top it off with some Hunter's Home honey that we harvested from our bees this year, which is also available in our gift shop," Fowler said.

Cooks can fry them to their desired brownness, but Fowler prefers them browner than most people. Cooks can also drizzle sorghum or molasses, which was used at the time. Otherwise, they can sprinkle powdered sugar on top for extra sweetness.

Six years ago, Hunter's Home planted 30 apple trees where the orchard once stood. Of those 30 trees, fewer than a handful remain, largely because the deer have been picking at them. They hope to plant more trees to recreate the apple orchard of the 19th century.

Fowler has served as a cultural re-enactor for many years, and he holds that job at Fort Gibson as well, where he also gives cultural presentations.