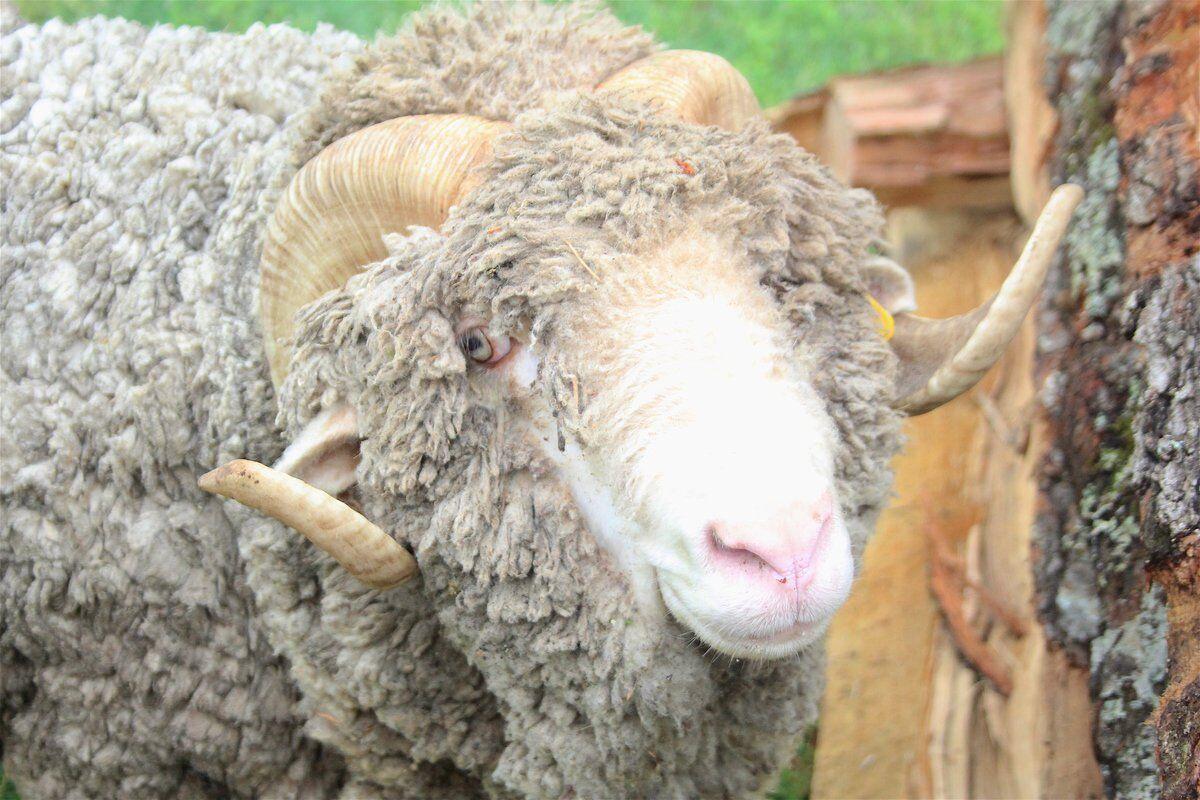 Harvey, a Merino ram, recently arrived to the Hunter's Home historic site, where he will work on the farm as the home transitions into a working 19th Century operation. 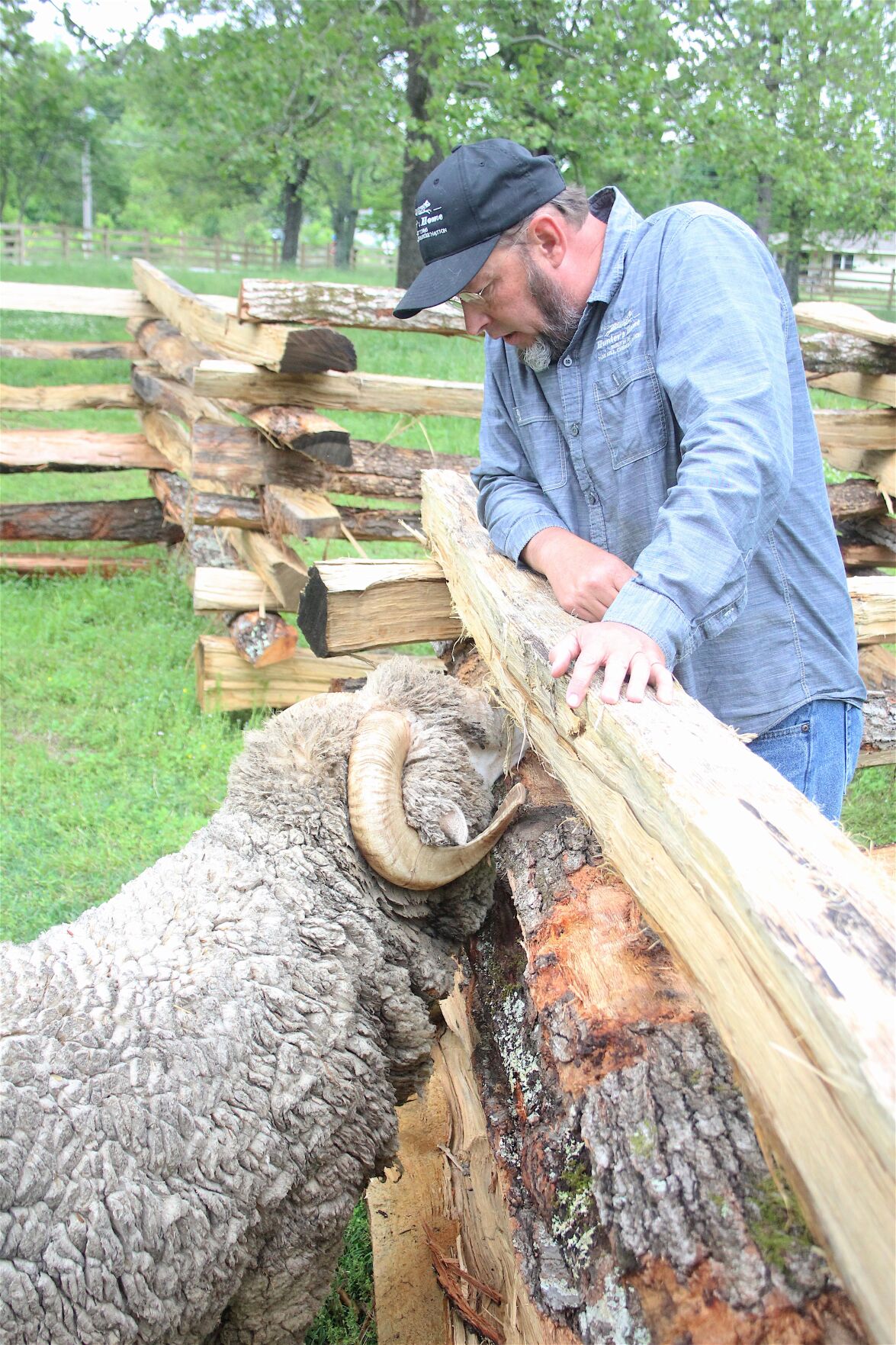 Harvey, a Merino ram, recently arrived to the Hunter's Home historic site, where he will work on the farm as the home transitions into a working 19th Century operation.

Hunter’s Home has added a new, hard-headed employee to its staff as the historic site transforms into a functioning, authentic 19th Century plantation.

The ram, Harvey, will have multiple jobs as Hunter’s Home adds working livestock on the farm. Once a year, he’ll be sheered so his wool can be processed, and he’ll also help grow the flock of sheep expected to arrive within the next month or so.

“Our point is not to create a petting zoo where people can come out and love on the animals,” said Dave Fowler, Hunter’s Home director. “He is livestock, but he gets a lot of attention through the fence. He’s got two jobs: protect the herd and progress the flock.”

A Merino ram, Harvey has came from the Sauder Village Living History Museum and Farm in Archbold, Ohio. The 5-year-old ram has lived on historic sites his entire life, so he is used to seeing people, but still isn’t meant to be touched. When he arrived at Hunter’s Home last weekend, he didn’t take to his new pen right away.

“He got out, and usually you can entice them to go about anywhere with a bucket of feed,” Fowler said. “Well, he wasn’t doing it, and he got kind of stuck into the clover grass and liked the clover a lot better than he liked what was in that bucket. So we had about two hours of him running around eating clover before I finally got him to follow me with a feed bucket.”

Visitors will notice a new, zig-zagged fence line on the property. Fowler has constructed a temporary pen for Harvey, but will be working on a pasture on the east side for when they receives up to five ewes to join him. That hasn’t stopped Harvey from testing his perimeter.

“He can be aggressive,” Fowler said. “He’s tested every corner of this fence out, seeing if there’s a place he can push it over. So it works pretty well, but he’ll find a weak spot sooner or later.”

Sheep were among several animals the Murrell family had on the farm. According to records, George Murrell requested compensation from the federal government for 125 Merino sheep after the Civil War, since the army likely took the flock for food.

Harvey won’t have as many companions as the Murrell Merinos once had, but enough so he returns to his breed’s normalcy.

“They’re a herding animal, so it’s unnatural for them to be by themselves,” Fowler said. “Now that lambing is over and they’ll sheer the first crop, there should be some sheep coming available. We’re also going to get a guardian dog to live with them. There’s no leash law in Cherokee County, and basically we’re at the very end of everything. We’ve lost a lot of livestock to neighborhood dogs.”

Harvey will likely work as protector and stud for about four years. Eventually, his job will be done, since the staff won’t be able to continuously bred him with his own offspring. At that point, Fowler said, Hunter’s Home might look for another historic site where he could be of service, or perhaps he’ll spend his retirement on the grounds.

Fowler and the home’s staff will use Harvey and the other sheep to teach guests about how livestock were cared for in the 19th Century. However, they’ll probably receive better, more modern veterinary care. Harvey got a clean bill of health before he arrived, so the goal is to keep him in good shape and make sure he receives all the attention he needs.

“Sheep are kind of a funny animal,” Fowler said. “A horse or a cow can get sick for a while and recover; sheep don’t. They just get sick and die. They have a few things they recover from, but the saying is they’re the only creature in God’s kingdom that looks for the quickest way to die. So they can get themselves into some predicaments.”

Once the sheep have been sheered, which is typically once a year, the Hunter’s Home staff will clean the wool, spin it into yard or thread, and weave it into cloth now that the site has looms. A whole fiber arts program will be centered on the practice, and many products will be for sale in the gift shop, once it opens.

Visitors should be on the lookout for new programs being developed at Hunter’s Home. Fowler said they might even have workshops or events wherein guests can witness the sheering of the sheep, as he plans to sheer them by hand as the Murrells would have.

“As we continue to advance, by the time we’re fully set up and ready to go, we will be farming in the same technique with same equipment they used back in the 1850s,” he said.