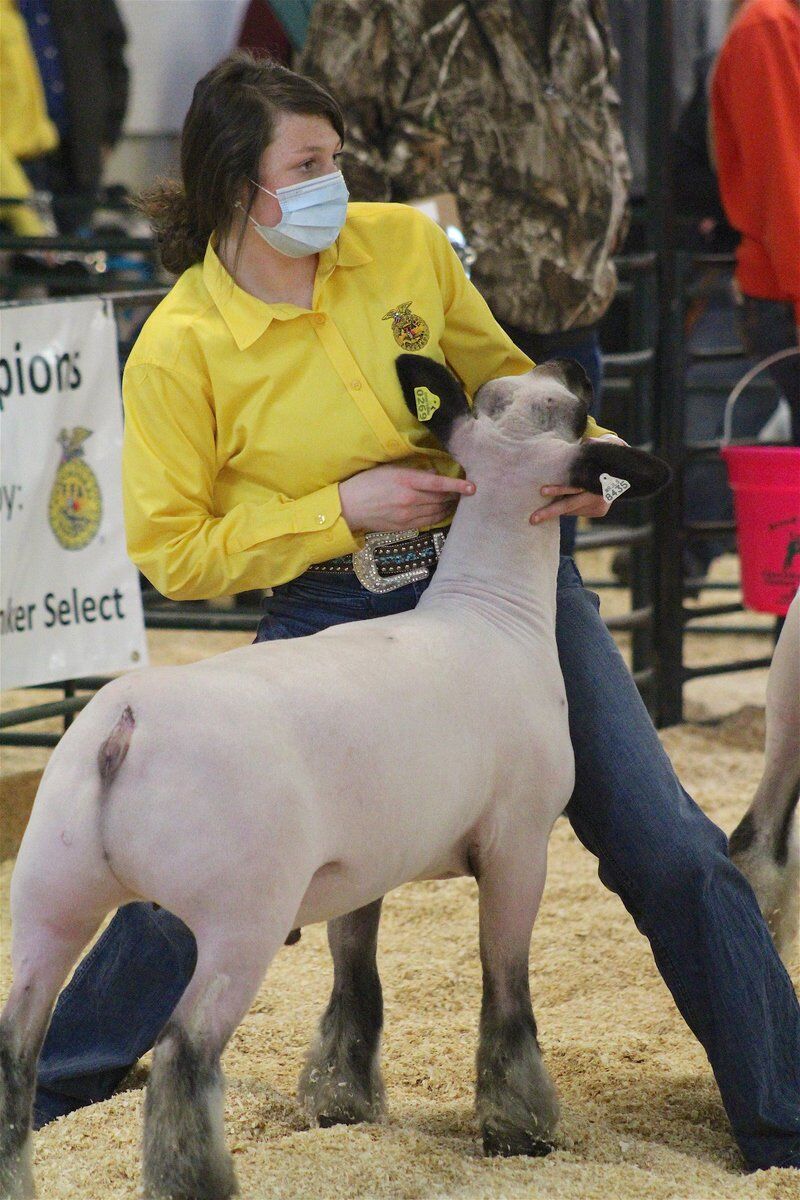 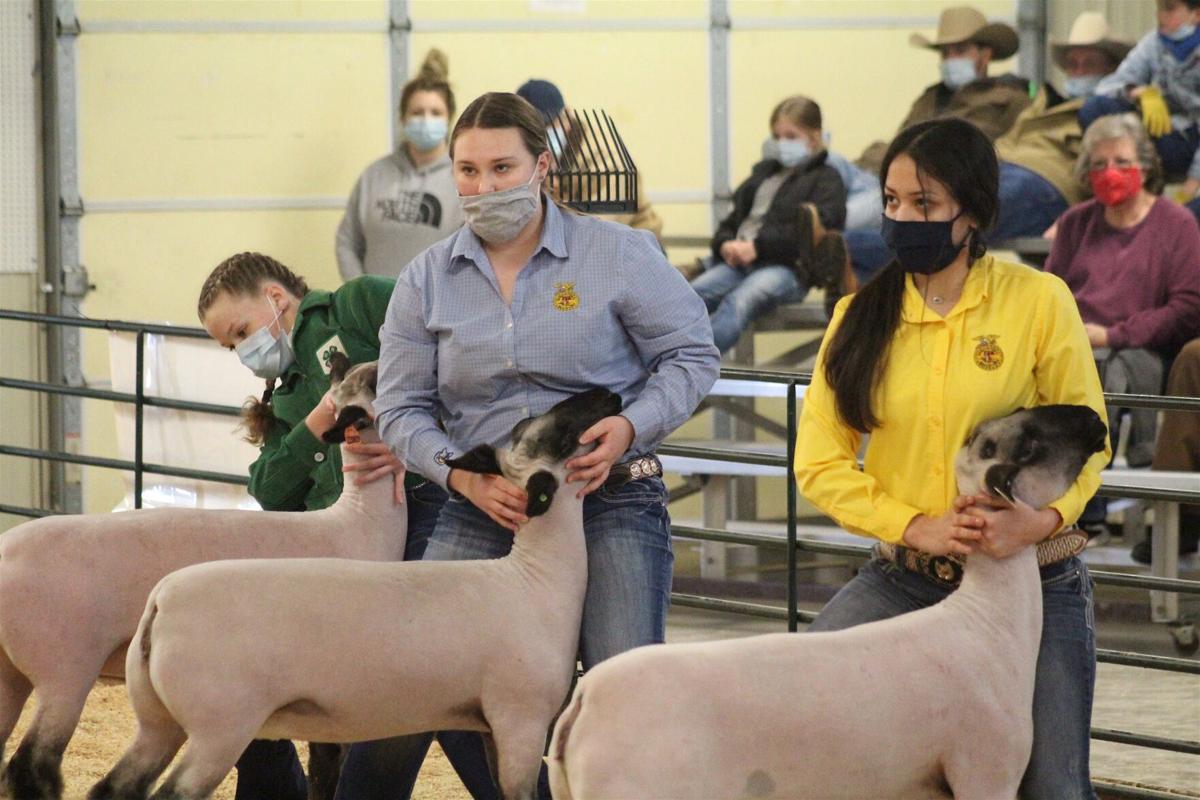 Students from around area hold their sheep for the judge at the Cherokee County Livestock Show Thursday. From left are: Kylie Forrest, Elisabeth Haggard, and Emily Ramos. 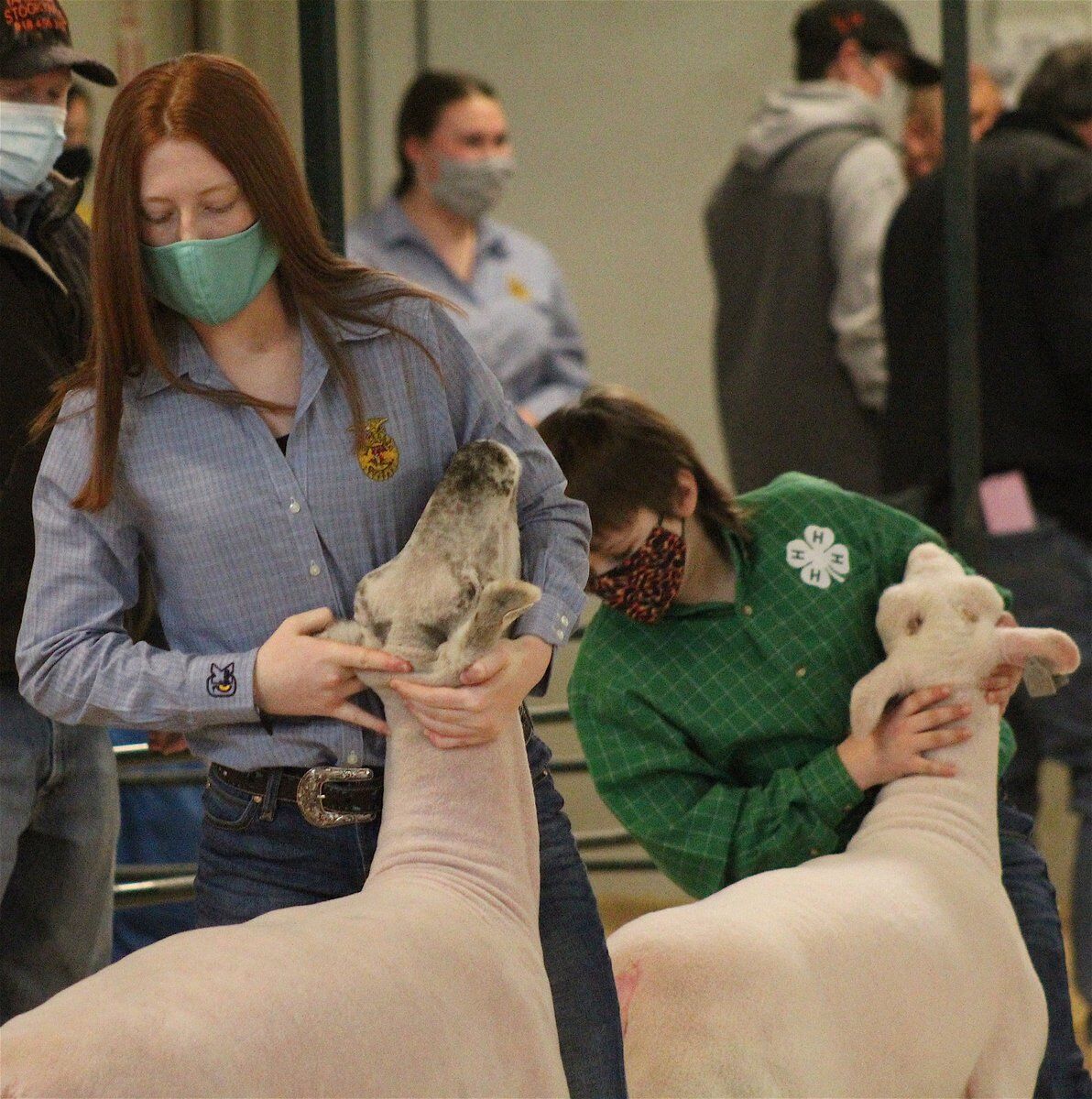 Dillin Stilwell, left, and Conner Stamps, hold their sheep in place for the judge at the Cherokee County Livestock Show.

Students from around area hold their sheep for the judge at the Cherokee County Livestock Show Thursday. From left are: Kylie Forrest, Elisabeth Haggard, and Emily Ramos.

Dillin Stilwell, left, and Conner Stamps, hold their sheep in place for the judge at the Cherokee County Livestock Show.

Students from around the county had their work cut out for them before the Cherokee County Livestock Show started Thursday, as the animals had to be kept warm throughout the harsh conditions that besieged the area.

The weekend of livestock competitions began with the sheep show, with students and parents venturing out to the fairgrounds in Tahlequah to display the hard work they’ve put into their animals. With recent subzero temperatures hitting Cherokee County, students had to use blankets and tubes to help retain the animals' body heat.

“The tubes are tight,” said Dillin Stilwell, who showed off her sheep. “It’s like a big sock, but for their whole body.”

Some of the animals had it better than others, depending on the shelter they stayed in. Elisabeth Haggard said her sheep didn’t have it too rough during the snowstorm.

“We’ve had them in a bunch of ProCools, which are like big, heavy jackets,” said Haggard. “My animals have been at the Ag farm, which have heaters there. So it’s not been too bad for them.”

Every year, the livestock show is filled with veteran caretakers and beginners alike. Students can choose to look after a variety of animals, including sheep, hogs, cattle, goats, and more. In her first year taking care of livestock, Emily Ramos said she’s learned a few things.

“I learned they take a lot of responsibility,” she said. “I like having something to take care of. I decided to pick a sheep over a pig or goat. I figured sheep would probably be more like a friend and closer to me. I feel like a pig would be a lot harder than a sheep would be.”

For some people, the sheep become more than just livestock to be bought and sold.

“I live having the animals around,” said Haggard. “I’m an only child, so they’re kind of like siblings to me. It gives me something to do and it’s just something fun.”

Getting the animals show ready doesn’t happen overnight. They have to be exercised constantly, given proper nutrients and supplements, and sheared just right to accentuate their figures to the judges' liking. Parents in the stands Thursday compared the training to that of a body builder’s, as the students want their sheep looking strong, but pretty.

One task among the many is drenching the sheep, wherein students administer drugs to the animals to treat a wide range of internal parasites.

“We’ve been drenching them and getting their hair ready,” said Haggard. “We do their legs twice a week. We rinse them out, wash them, and wrap them back up to make their leg hair grow. And they get exercised all week long.”

The atmosphere at the livestock show is one of community and camaraderie, as the students can make connections with their fellow ranchers. Many of them go to school together, or have gotten to know one another through competing in livestock shows around the state. Families come out to watch their kids show off their hard work, and the room quickly becomes a social scene for many involved.

“I like being around these people and friends,” said Stilwell. “You get to know a lot of people when you’re at these shows. It’s pretty fun.”