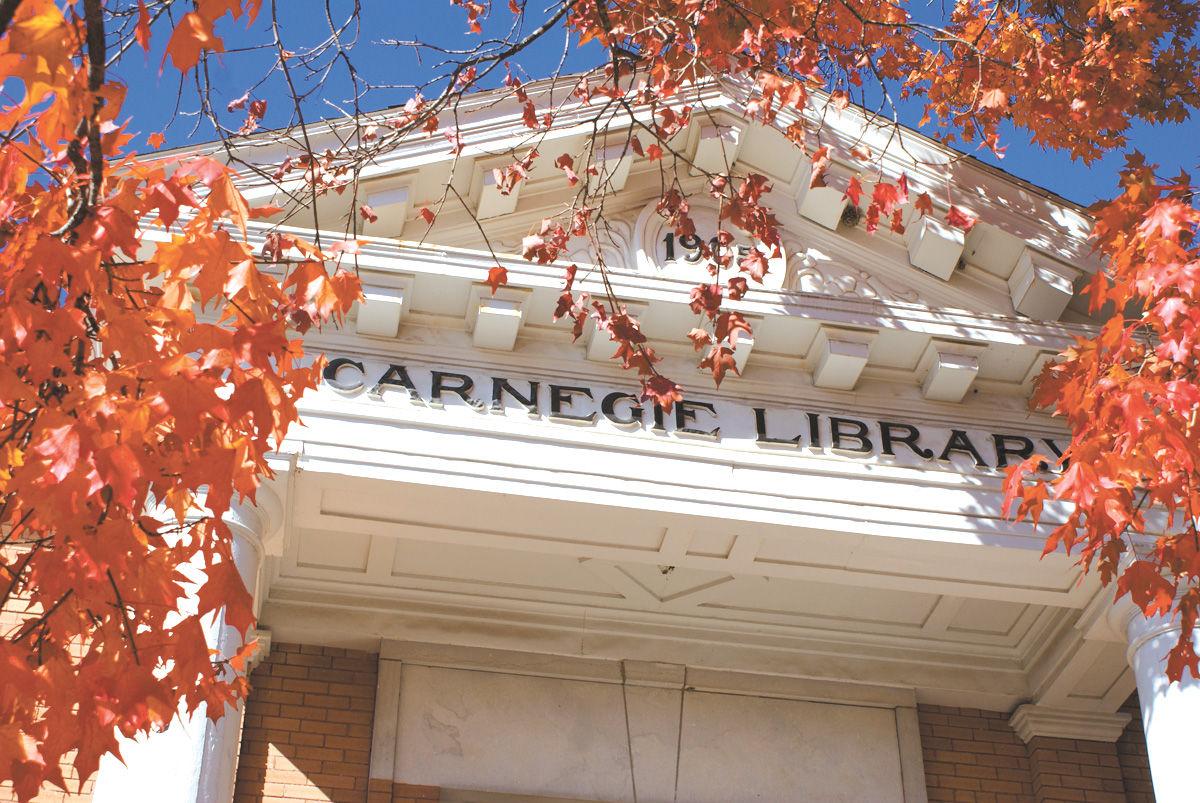 Construction on the Tahlequah Carnegie Library commenced in 1905, and the building was opened in 1907. 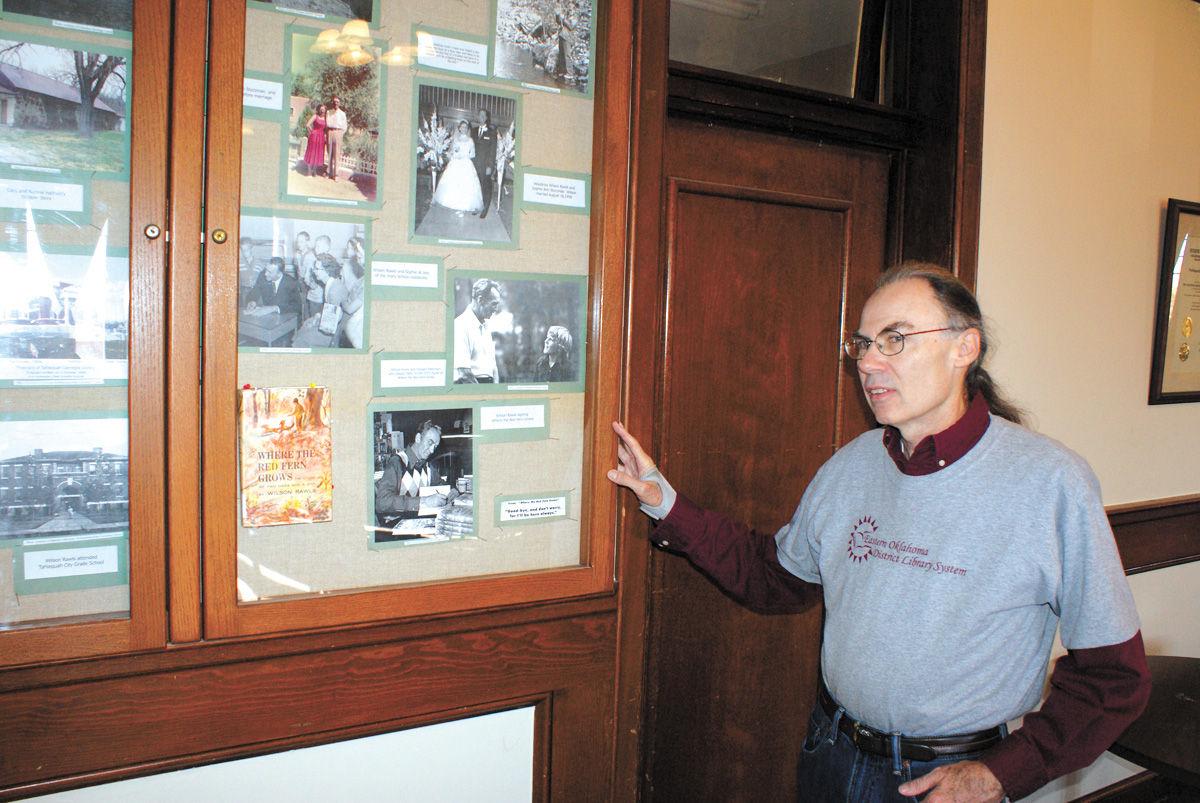 John Dick, a clerk for the Tahlequah Public Library, discusses the permanent Wilson Rawls display inside the Carnegie building. The Carnegie Library was designated a “Literary Landmark” because Rawls visited often as a boy.

Construction on the Tahlequah Carnegie Library commenced in 1905, and the building was opened in 1907.

John Dick, a clerk for the Tahlequah Public Library, discusses the permanent Wilson Rawls display inside the Carnegie building. The Carnegie Library was designated a “Literary Landmark” because Rawls visited often as a boy.

When patrons visit the Tahlequah Public Library, they always have an opportunity to appreciate one of the city’s historical buildings.

It no longer houses books and reading rooms, but the original Carnegie Library still hosts events and holds memories.

The library is at 120 S. College Ave. Construction was begun in 1905 with a Carnegie Foundation grant of $10,000. The land was a gift of the Cherokee Nation.

Robin Mooney, branch manager, has worked there for 15 years.

“A group of citizens actually got together and wrote letters to get that grant,” Mooney said. “The early years were a bit rough. The library relied on donations because there wasn’t a lot of funding from the city. Many people still remember Essa Gladney, who was librarian from 1922 to 1975. I certainly recall her. She was definitely an old-fashioned librarian.”

Opening on June 29, 1907, the Tahlequah library was one of 24 Carnegie libraries built in Oklahoma. Today, it is among 17 still standing and eight that continue to serve as libraries.

The architectural style is neoclassical, which borrows from the structures of Greek and Roman antiquity. It was designed by the architecture firm of McCaw and Bellis in Muskogee. The walls are buff brick and the foundation is quarry faced stone.

Inside, the floor plan is simple. The large central room has double doors to the east and west. On either side of each set of doors are doorways into smaller rooms.

“It’s a beautiful old building,” Mooney said. “A lot of the windows are original – you can see the distortion in the glass. For years it had a skylight, but it was covered in the 1930s because water was getting in.”

The side rooms are small. They once contained books, and the central hall held bookshelf units and served as a reading area. The circulation desk was against the west wall.

The building is now attached to the Tahlequah Public Library structure, which opened in 1978. The new building became the central facility and the Carnegie structure assumed a second career as a meeting hall for assemblies, clubs and classes.

A renovation, which relocated the circulation desk in the center of the library, was just completed.

“The renovation also replaced the carpet,” Mooney said. “I think a lot of people were happy to see that 1970s stuff go away.”

Tahlequah’s Carnegie Library was added to the National Register of Historic Places on June 5, 2003.

In May 2011, the library was named a “Literary Landmark” by the Association of Library Trustees, Advocates, Friends and Foundations.

The designation was awarded because Wilson Rawls, author of “Where the Red Fern Grows,” frequented the library as a boy. There is a permanent Rawls display in the southwest corner of the building.

Any “Carnegie” library was built with funds donated by businessman-philanthropist Andrew Carnegie, and 2,509 were constructed from 1883-1929. Of those, 1,689 were in the U.S., accounting for 48 percent of American libraries in 1919. Some, including Tahlequah’s, were publicly owned.