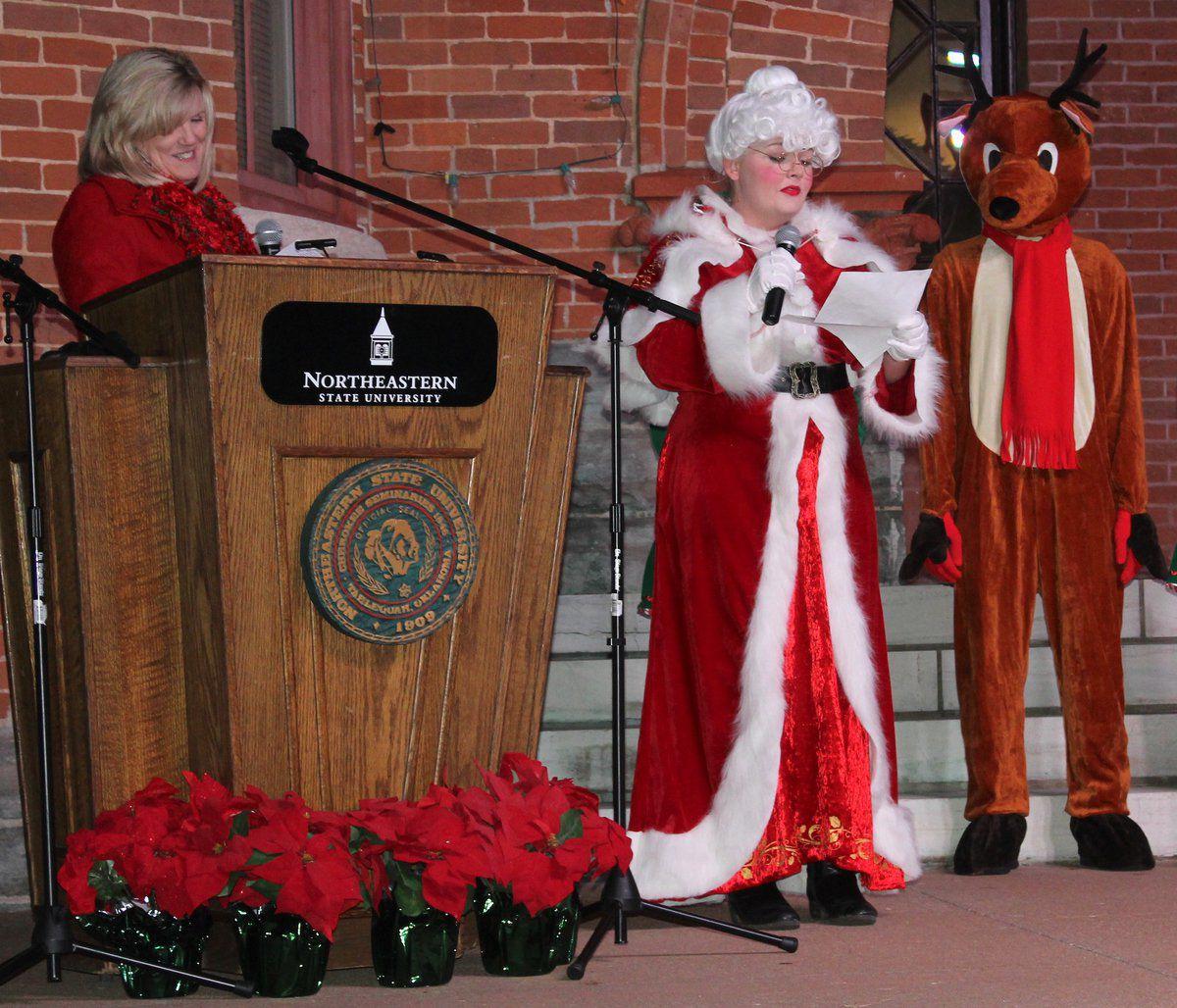 Penny Turner, left, laughs while Mrs. Claus reads a letter from Santa which explains why he was running late to the Light On event at Northeastern State University Tuesday. 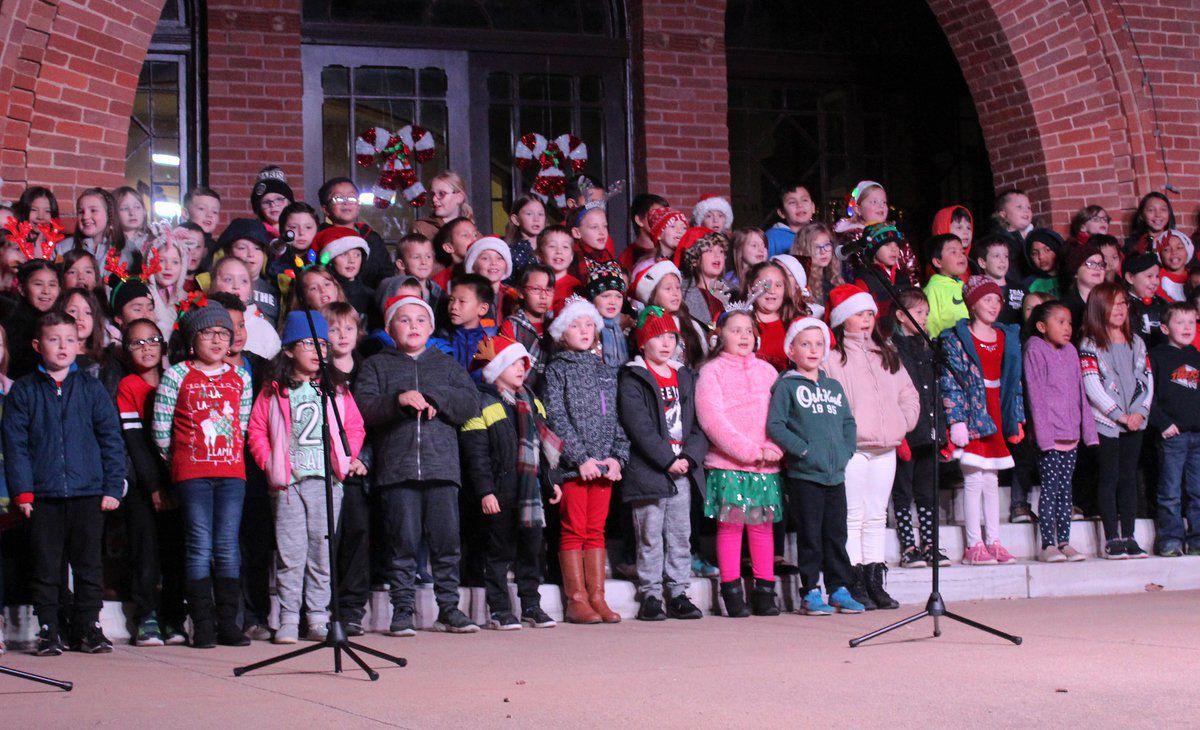 As a ongoing tradition, second-graders from Tahlequah Public Schools perform during Lights On at Northeastern State UNiversity. 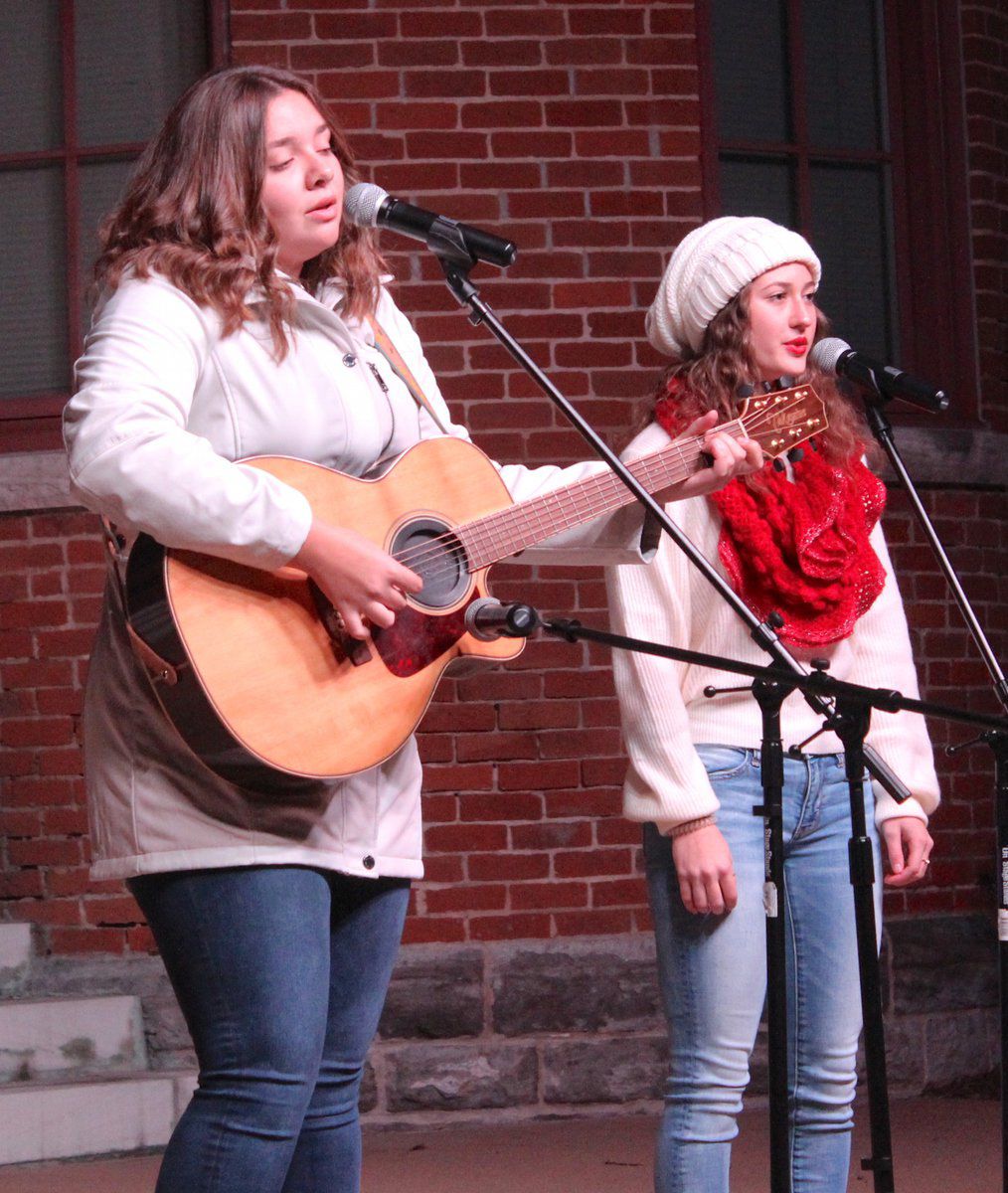 Tahlequah High School students and members of Oklahoma Kids Katelyn Myers, left, and Jadyn Dawson perform "Have Yourself a Merry Little Christmas" during the Lights On event at Northeastern State University Seminary Hall. 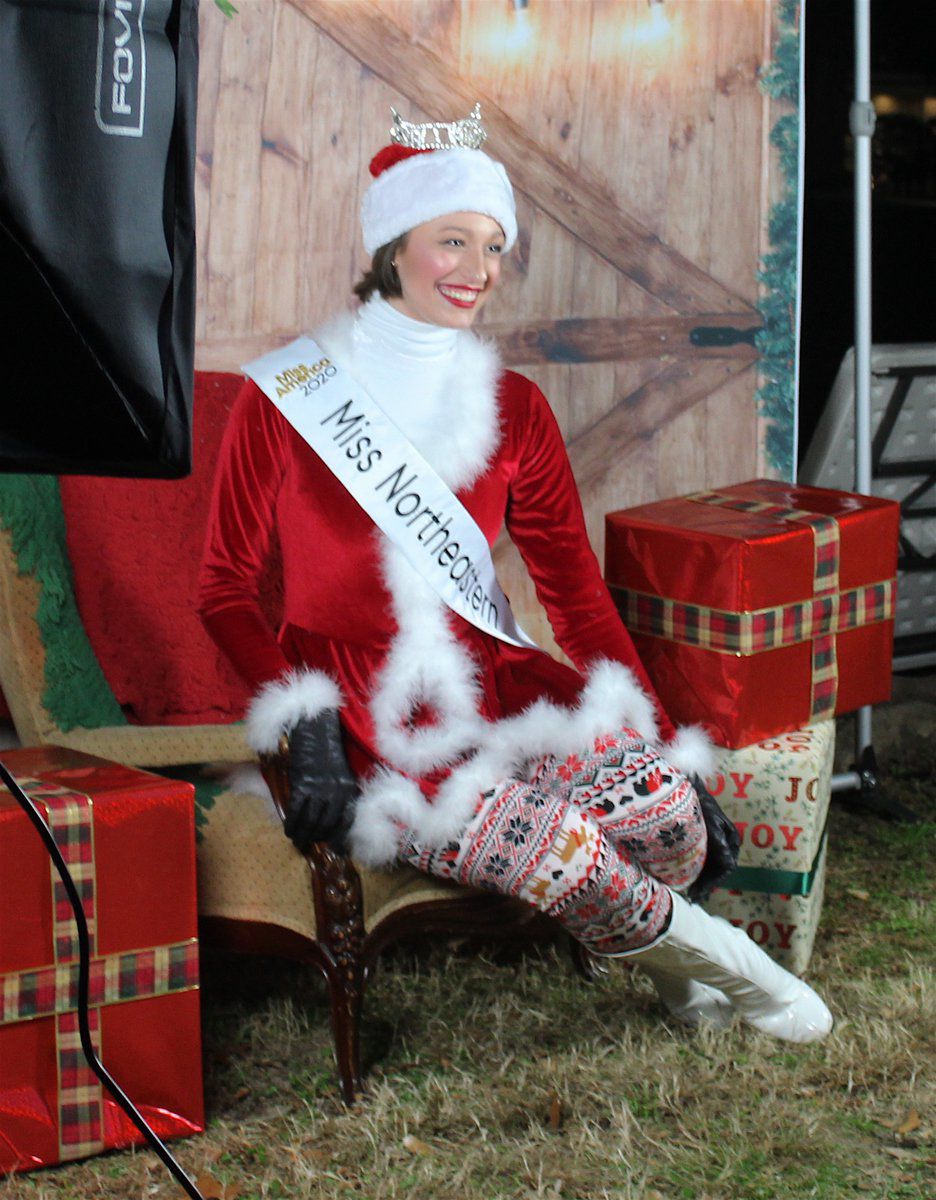 Miss Northeastern 2019 Malory Lynch had a busy time at Lights On Tuesday. She danced with NSU Impressions Dance Company, helped switch on the lights, met with community members, and posed for photos, including one at the booth hosted by The Big Event committee. 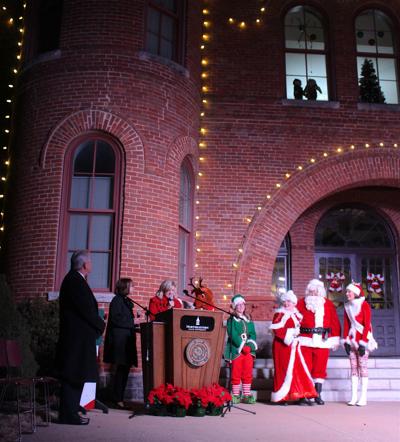 The Elevate Dance Company from Rhythm Innovations performed to Tyler, The Creator’s version of “You’re a Mean One, Mr. Grinch” during Lights On 2019 at Northeastern State University.

For 27 years, the community has gathered outside Seminary Hall on the Northeastern State University campus to usher in the holiday season with the Lights On event.

Singing and dancing groups from the Tahlequah area make the event festive as children wait patiently for Santa Claus to arrive.

After a song by the NSU Harmony Hawks, NSU President Dr. Steve Turner welcomed all in attendance Tuesday evening.

For the eighth year, he introduced his wife, Penny, who traditionally emcees the event with the mayor of Tahlequah. This was Mayor Sue Catron's first year to co-host.

In between acts, the duo told the audience about upcoming holiday events. They also talked about the joys of the season.

"I love spending time with family, and now we have a new grandson," said Penny. "Nothing competes with Christmas as seen through the eyes of children."

The second group was Encore Performing Society, and they were a joyous sight with light-up reindeer headbands while dancing to "Sleigh Ride."

Next to perform was a duo of Tahlequah High School students who are part of Oklahoma Kids: Katelyn Myers and Jadyn Dawson. They sang "Have Yourself a Merry Little Christmas" while Katelyn played guitar.

They were followed by a toe-tapping "Jingle Bells" by Inspire Dance Company from On Stage Dance Studio.

A large section of the crowd was in attendance for the Tahlequah Public Schools second graders. Hailing from the three elementary schools, the students all sang "Rudolph, the Red-Nosed Reindeer" and "Santa Claus is Coming to Town."

Possibly inspired by the town's upcoming parade theme, the Elevate Dance Company from Rhythm Innovations performed to Tyler, The Creator's version of "You're a Mean One, Mr. Grinch."

Mrs. Claus, a reindeer, and elves came out from Seminary Hall, just as the hosts were talking about Santa's arrival. Mrs. Claus explained that Santa was running late because he had been hiding "kindness rocks" around Tahlequah and meeting new friends.

Those friends were the surprise last performers: members of NSU Impressions Dance Company.

"This is the second time Impressions has performed at Lights On," said Kasady Marshall. "It's always so much fun because it's a time to relax and have fun."

Santa emerged from Seminary Hall to cheers from the youth in the audience. This meant it was time for the countdown to turn on the strands of lights that outline the historic building.

Dr. Turner and Miss Northeastern 2019 Malory Lynch had the honor of flipping the switch.

"The hallmark of any great community is the traditions it keeps," said Turner. The fact that we've gathered here for 27 years with kids of all ages to welcome and kick off the holiday season is evidence of a wonderful community."

Santa and his helpers settled inside so children could tell the jolly old elf their wishes and have photos taken.

The elves were NSU Drama students, including Katie McInnis, a junior from Tulsa.

"I like seeing the kids' reactions," said McInnis. "It's something for kids and adults alike, which most colleges don't do."

Another photo opportunity was available outside, as student-organizers of The Big Event had a backdrop, a chair and decorations set up. The pictures taken by their photographer can be found on The Big Event's Facebook Page.