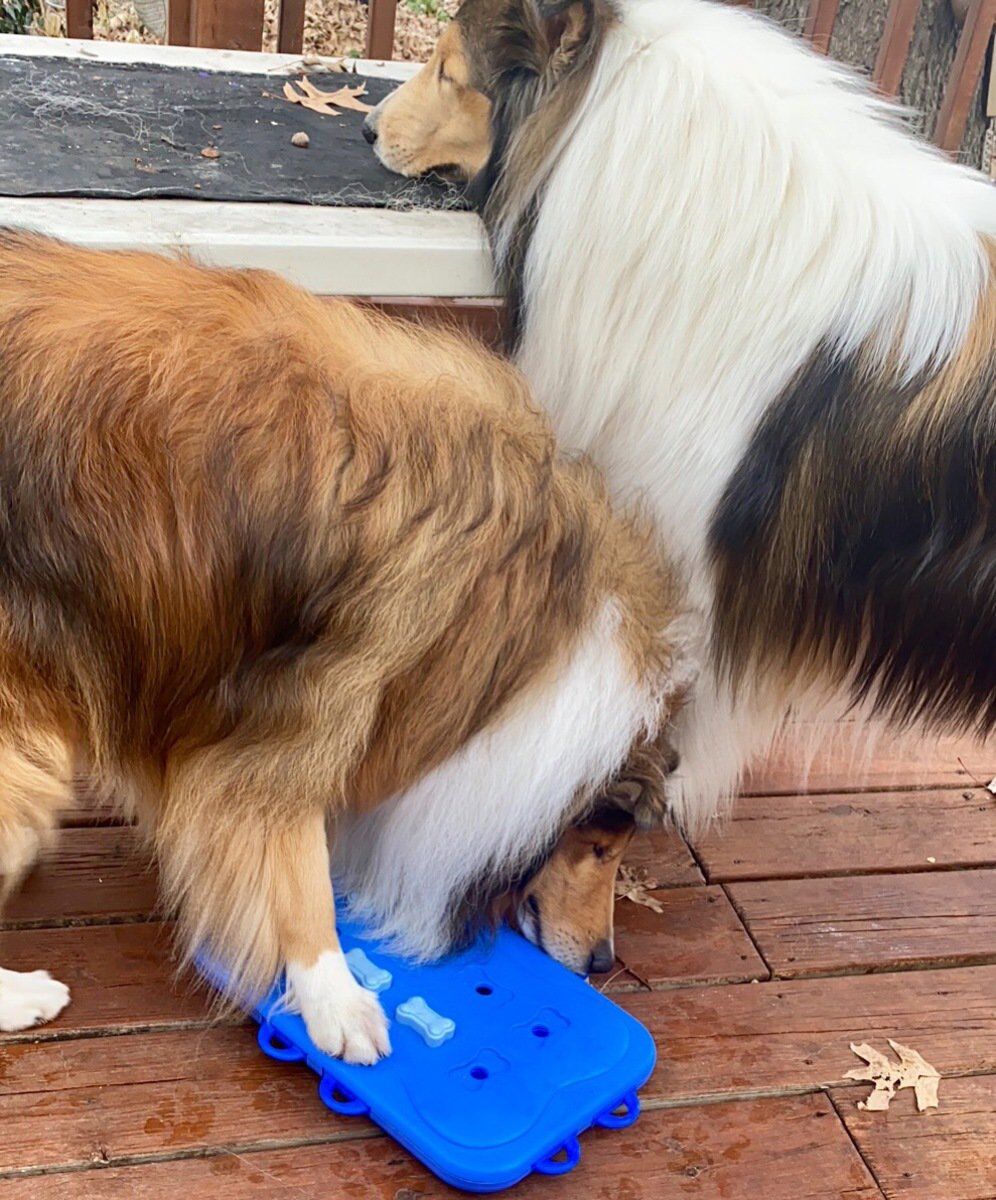 Curtis found hidden treats in a drawer of a Nina Ottoson toy. 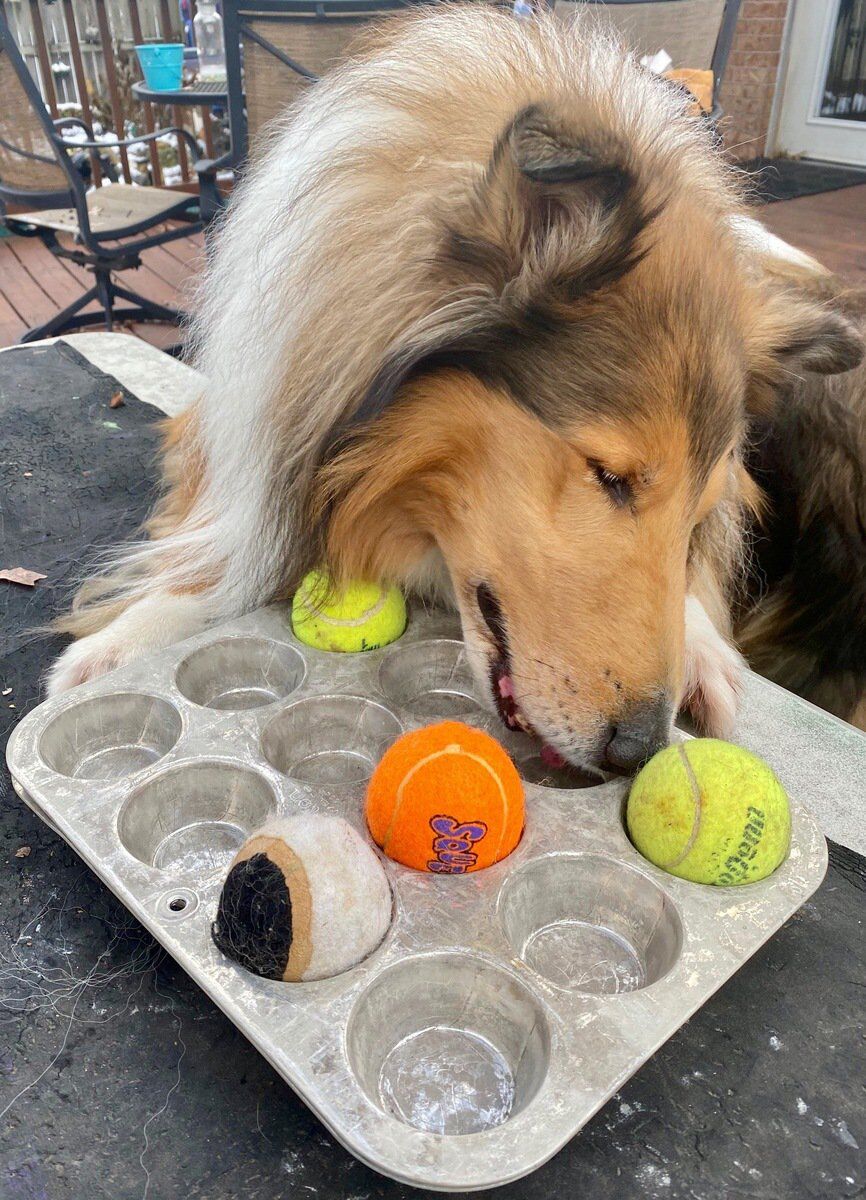 Curtis, a Rough Collie, was able to detect the hidden treats underneath the tennis balls.

Curtis found hidden treats in a drawer of a Nina Ottoson toy.

Curtis, a Rough Collie, was able to detect the hidden treats underneath the tennis balls.

Experts are urging humans to get their four-legged friends trained, with January being National Train Your Dog Month.

Pam Hixson, who conducts private training classes, said it's extremely important to train dogs due to the number of them being turned into shelters.

"Very few of them have any training at all: house-breaking, socializing, and just basic good manners," said Hixson. "People don't know how to deal with it, and that is one of the reliefs people can have is to turn them into a shelter."

"Even just a single class where it's the basics of obedience. With the pandemic, it seems impossible, but these are generally outdoors, and you're already going to want to keep your distance because you don't want puppies coming into contact with one another," said Musgrove.

According to the Associations of Professional Dog Trainers, January was selected for Train your Dog Month because so many dogs and puppies are adopted or purchased from breeders, and brought home during the winter holidays.

"Our desire is to help these new pet parents start off the new year right with their newest family members," ADPT stated. "Too many dogs are turned into animal shelters each year for behavior and training issues that could be easily solved with proper socialization and positive, gentle, science-based methods of training."

Hixson explained that having a trained dog can make it easier and better for everyone in the household in general.

"They'll more likely to be treated like more of the family and be able to stay in with the family for the rest of their lives," she said. "Studies have shown that if a dog is able to stay in the home, it's going to be able to help those people and help relieve the stress. It can literally be a lifesaver for the dog and the people."

Hixson said the pandemic has also been a tough time for animals, not just humans.

"So many people got puppies or new dogs because they were at home and they had the time to get a dog. One of the things we're seeing is that the dogs came in, but they weren't able to be taken out and socialized properly," Hixson said. "So many of the puppies haven't been at the park or taken out, and they are having to play catchup on their socializing."

Musgrove said dogs are very intellectual and maintain those training skills for life.

Toni Bailey is teaching obedience classes at Indian Capital Technology Center in Tahlequah and Muskogee. The six-week class starts Feb. 1 in Tahlequah, and Feb. 2 in Muskogee. To schedule a private training with Hixson, call 918-431-4667 and leave a voicemail. Hixson said there is a waiting list.