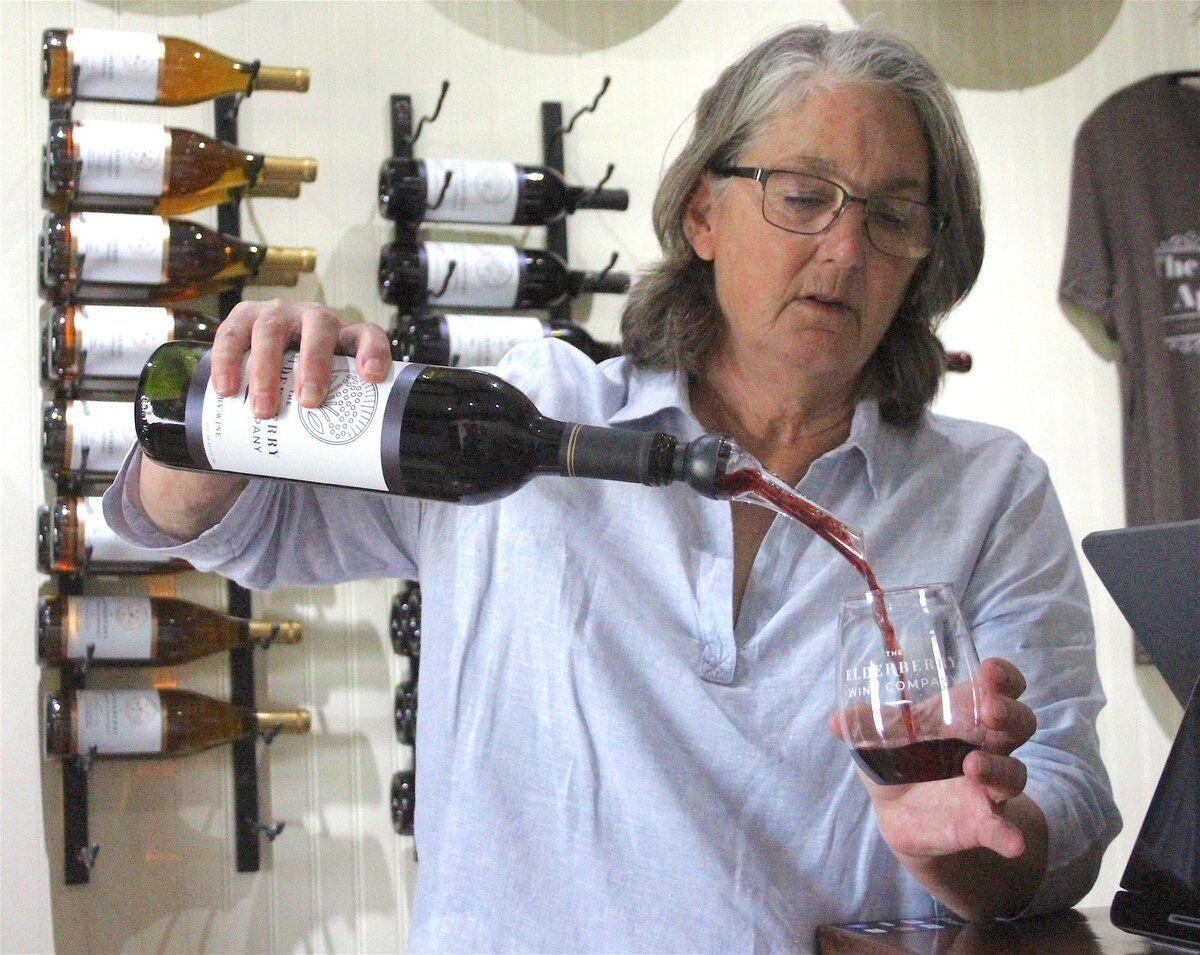 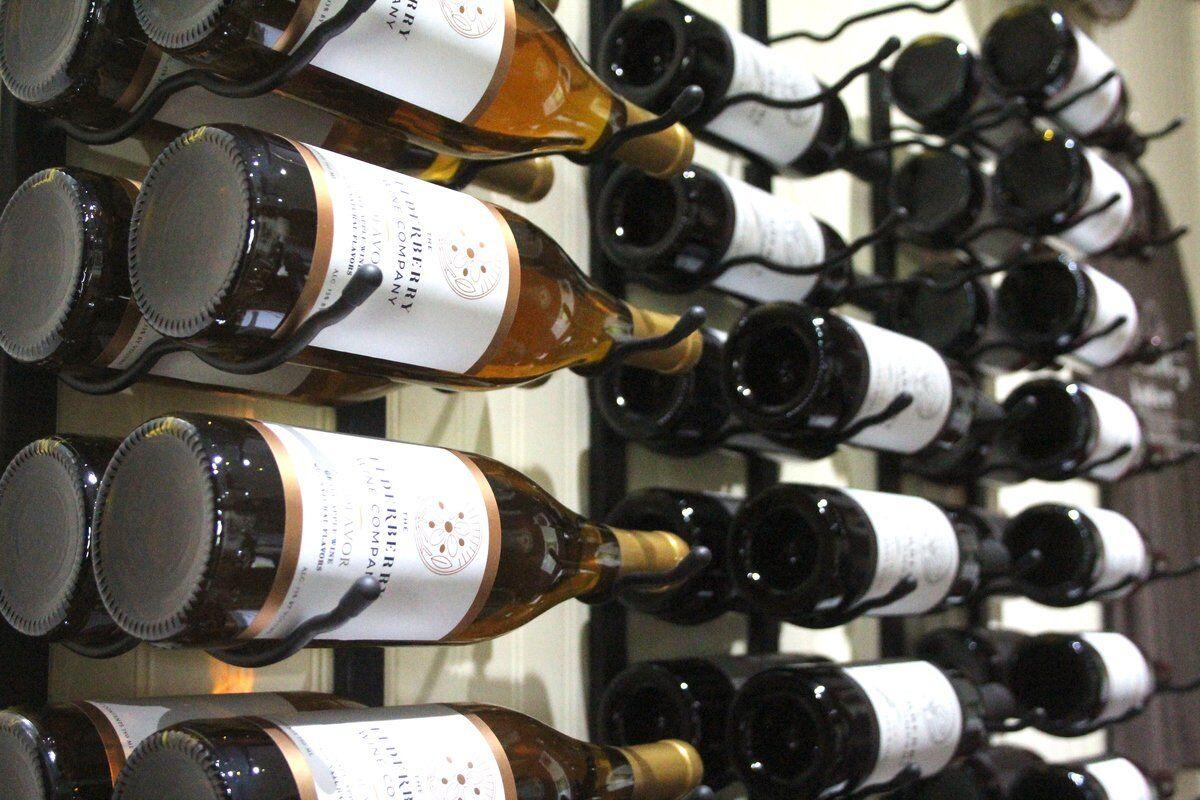 The owners of Elderberry Wine Company at 360 Farms have created three variations of wine using elderberry.

The owners of Elderberry Wine Company at 360 Farms have created three variations of wine using elderberry.

An Oklahoma business is gaining a reputation for its Oklahoma-grown product, as the Elderberry Wine Company at 360 Farms is seeing visitors come from all over to imbibe their uniquely flavored selections.

The soil conditions in Oklahoma are not particularly conducive to growing typical wine grapes. European varieties of grapes are more susceptible to fungal pathogens, although American varieties are more resistant to such diseases. But elderberry plants are native to the state, and studies have shown that top producing varieties come right from eastern Oklahoma.

“The genetics behind the wild native elderberries that exist here in Oklahoma are top notch. This is the place to grow them,” said Brent Madding, of 360 Farms.

The grounds at 360 Farms have around 7,000 plants in production, making it one of the largest producers of elderberry in the region. Brent and Valerie Madding have created an elderberry nursery out of their farm, while also selling the fruit to people all over the country.

Recently, the couple decided to get into the wine-making business. While the pandemic stalled plans to start spreading the news of their latest venture, they’ve since opened up the artisanal winery and are inviting both wine connoisseurs and beginners to their site to taste the fruit of their labor.

Growing and processing the crop can be labor intensive. All of the berries are harvested by hand, processed by hand, and the work must be done quickly, making the final product somewhat of a rare commodity. Valerie said most wines found in a liquor store are made with elderberry flavoring; not the berries themselves.

“When we pick elderberries, generally that morning we bring them in and start doing the sanitizing and cleaning them up, and we expect them to be in the freezer by the end of the day,” she said. “So we’re limited by how much we can really harvest – just the sheer work involved and speed with which we need to do it.”

The vintners have created three varieties of wine. One version, the Preserve, is a full-bodied red that could be compared to a cabernet or a malbec. And like typical red wine, aeration improves the flavor, so Valerie suggests letting it sit for about 30 minutes before people indulge. It won’t taste the same as a grape wine, but, then again, it’s not supposed to.

“We put about 10 percent of grape in that wine just for mouth feel, but it’s 90 percent elderberry and you have to get used to that difference before you really appreciate it,” Valerie said. “We’ve been drinking it long enough now that it seems kind of normal to me; that’s what wine is supposed to taste like.”

They’ve also created the Alliance, which is a sweet rosé made with both elderberries and elderflower; and the Endeavor, which is a sweet white wine that Brent compared to a moscato dessert wine. Each variation has an ABV (Alcohol By Volume) of 13 percent.

Like most red wine, when consumed in moderation, the elderberry wine can have health benefits. Brent said the berries are rich in heart-healthy polyphenols. They’re also excellent sources of antioxidants, as well as vitamins A and C, and those properties don’t go away when turned into wine.

“When you ferment, all you’re doing is changing the sugar. All of those compounds are in there before fermentation, and they’re still in there after fermentation,” Brent said.

The Elderberry Wine Company at 360 Farms is Tuesday through Saturday, 10 a.m. to 6 p.m. People can get tastings and leave with a bottle, or even a case. There is a shade house available for groups who would like to sit down with a bottle outside of the winery, and accommodations can be made for special events.