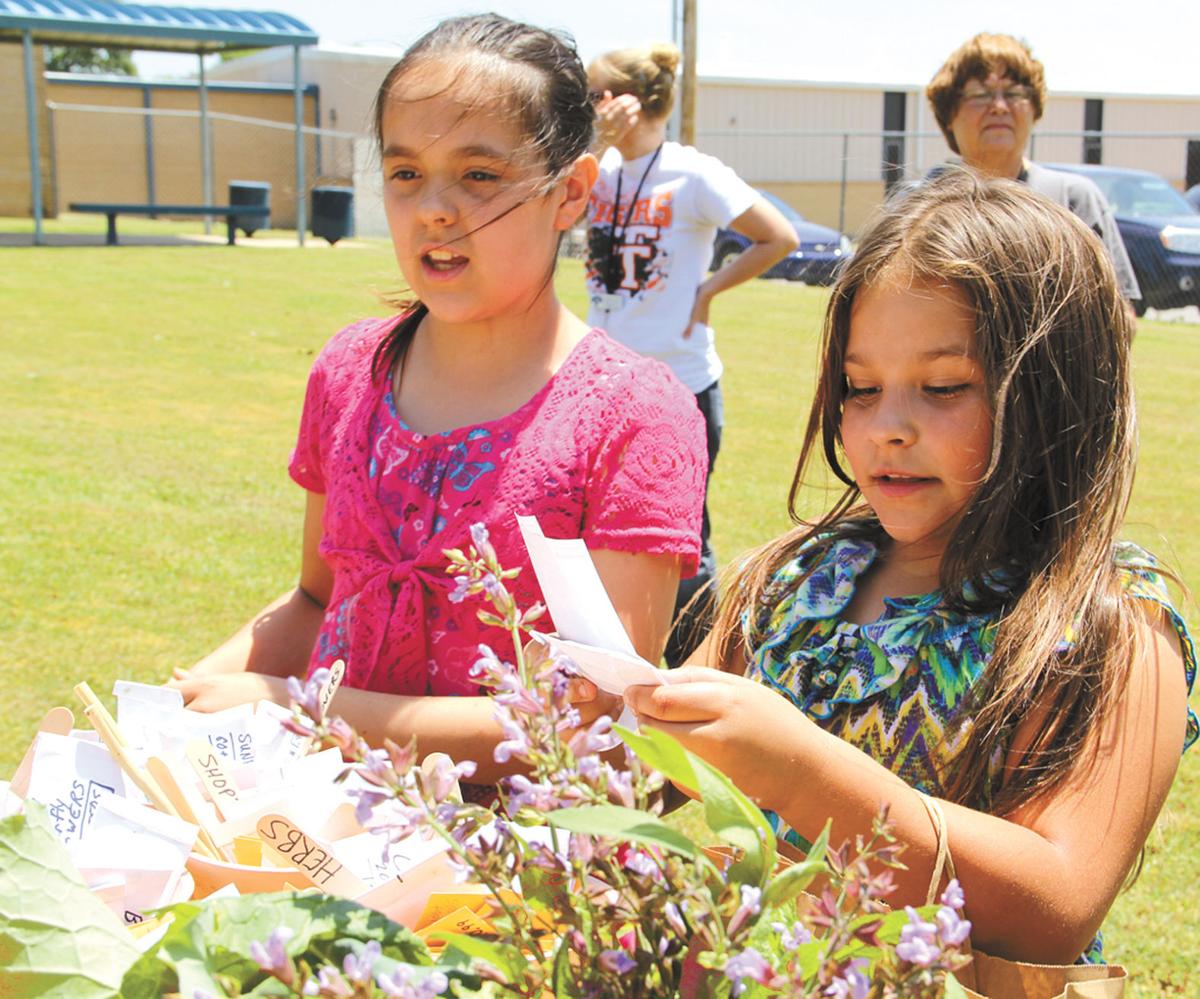 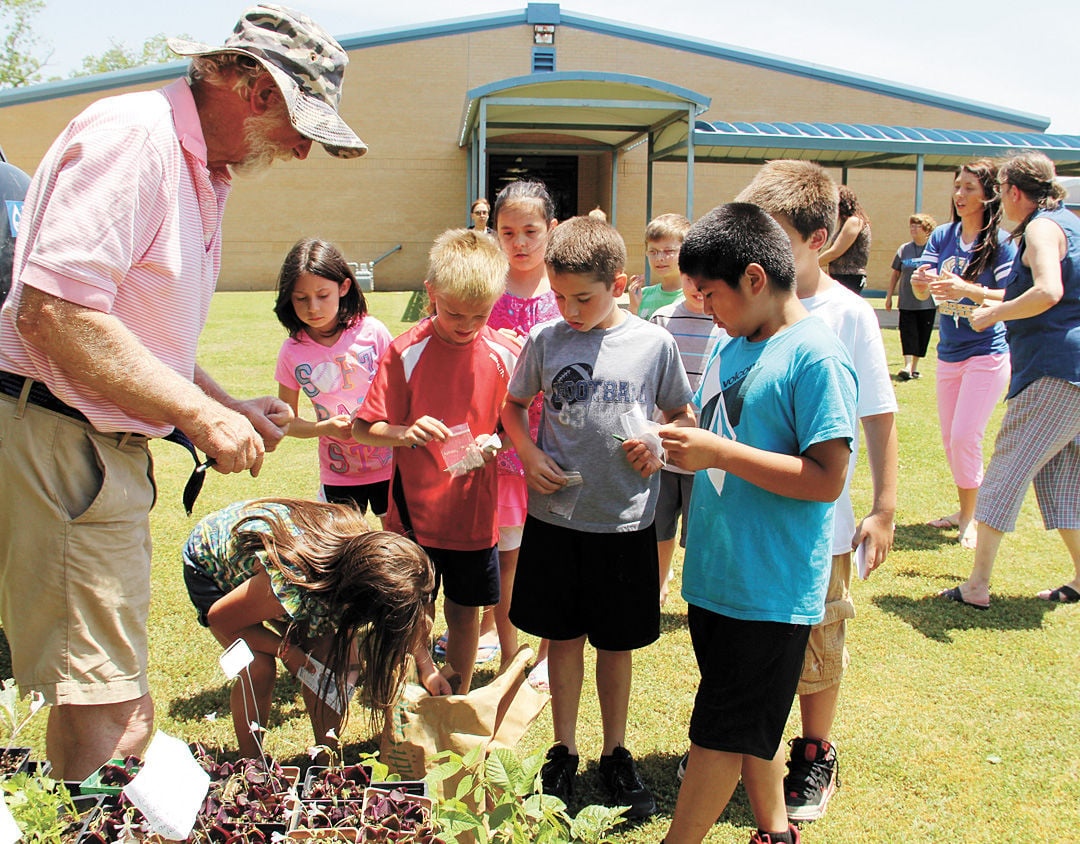 School is almost over for another year, and Cherokee Elementary School third-graders spent Tuesday afternoon shopping.

Thanks to a Centers for Disease Control grant, students at all three local elementary schools are participating in Farm to School, a program that connects local growers with students.

Over the past week, vendors from Tahlequah Farmers’ Market have visited the schools, set up a mini-market and allowed students to purchase plants, seeds and produce with “veggie bucks.”

“The grant has gone from the CDC to the Cherokee Nation to Tahlequah’s Bringing Everyone’s Strengths Together Coalition, and they are funding this,” said TFM President Marla Saeger. “We are giving each third-grader $6 veggie bucks, and providing them with flyers and refrigerator magnets to remind them about the weekly market. The kids arrive at the ‘mini market’ and use their veggie bucks to purchase items from our vendors.”

“But the chickens aren’t for sale,” said Saeger.

Students arrive and are given paper bags, then they’re turned loose to shop.

“They are so cute,” said Saeger. “And since we’ve done this, I’m impressed with their shopping abilities. At one of the other schools, a couple of girls were shopping together. One was buying radishes, the other was buying onions, with the agreement they would split them. We also had one young man who jumped up and down with excitement because he got four bags of kale and three bags of spinach.”

“Bringing the market to the elementary schools was a collaboration between Tahlequah BEST Community Coalition, Tahlequah public Schools and Cherokee Nation Healthy Nation,” said Dobbins. “The goal of the event was to promote and increase access and awareness of healthy, locally-grown foods.”

Another boy was excited about getting sunflower seeds for his aunt.

Yet another was thrifty, holding a bag full of veggies with money to spare.

Cherokee Principal Marissa McCoy said she and the teachers are very excited about the program.

“The kids were provided a presentation recently about the program,” said McCoy. “A lot of our kiddos rarely see fruits and vegetables, because most of our kids are from town. Very few get to participate in gardening. They’ll get recipes with the veggies they purchase, and hopefully, they’ll prepare those with their families.”

Saeger said she was surprised at how familiar the kids were with the TFM products.

Saeger said the school demonstrations are making a difference at the Saturday market, too.

“At this past weekend’s market, we saw some of the kids in the schools actually show up with their families, which is great,” said Saeger.