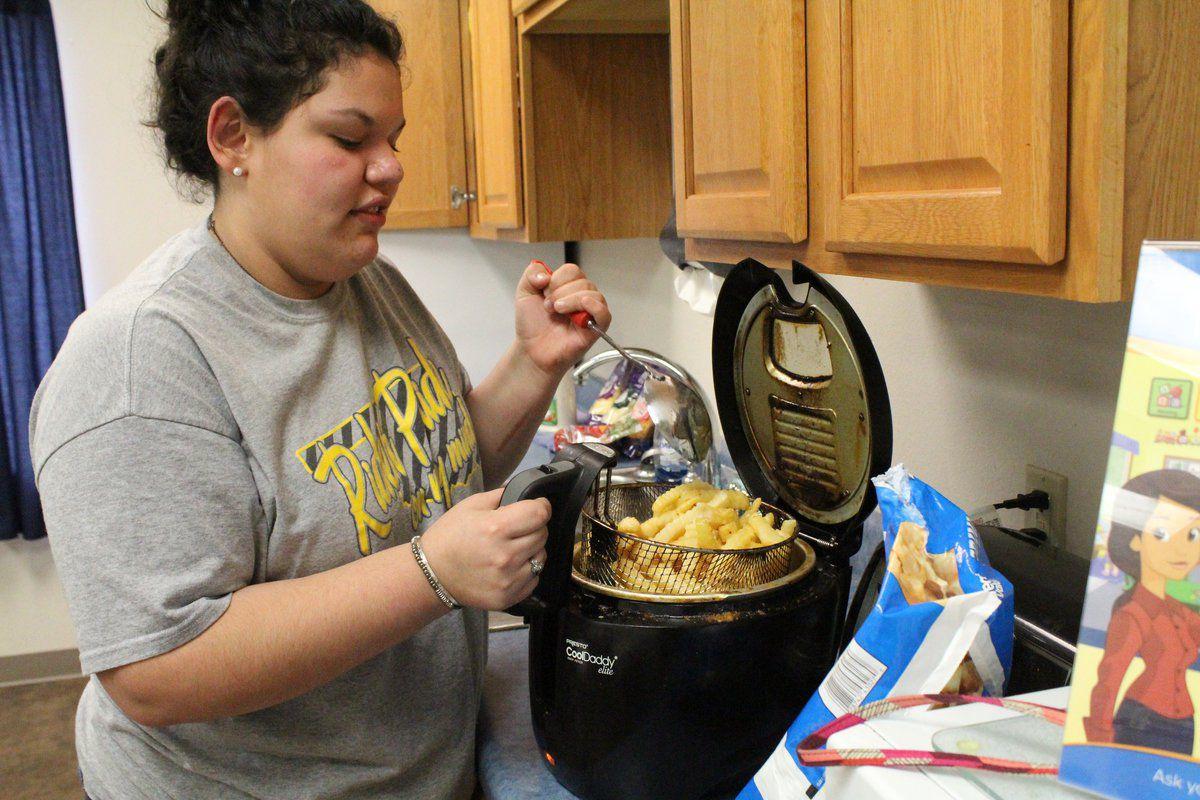 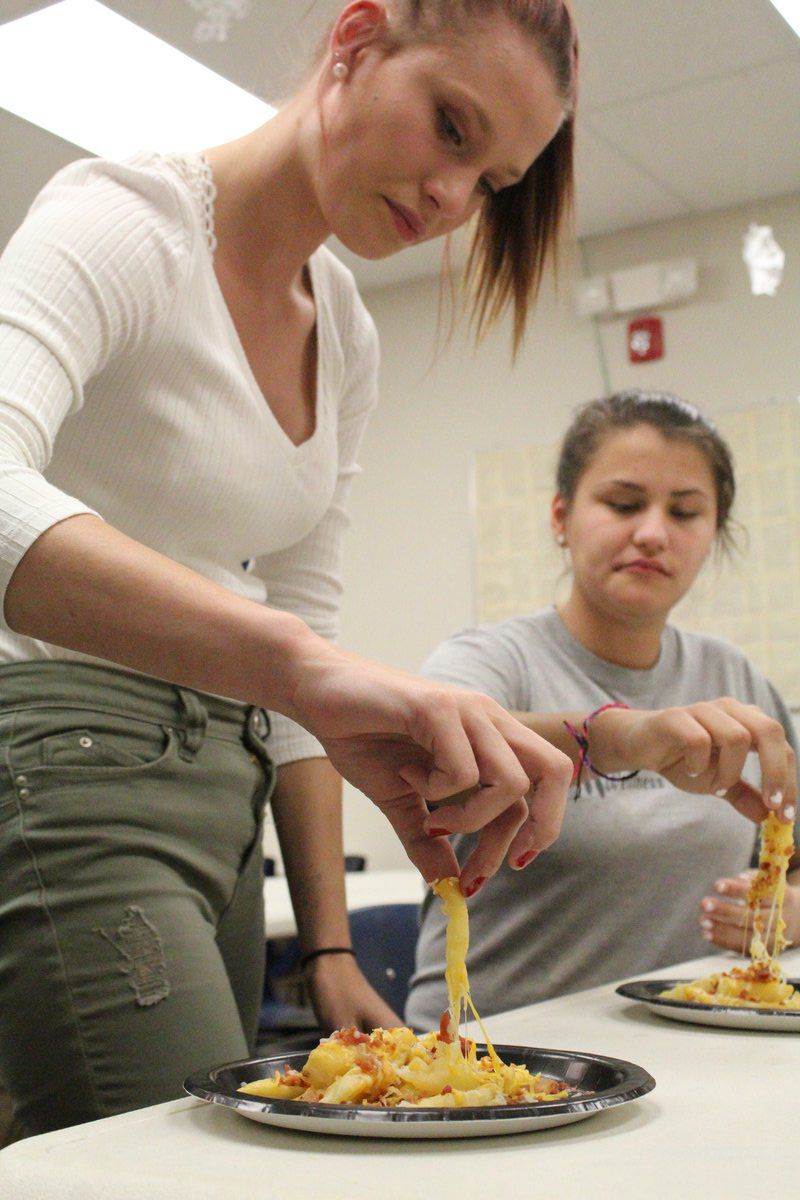 Paige and Hailey Brave dig into their bacon-cheese french fries.

Paige and Hailey Brave dig into their bacon-cheese french fries.

HULBERT - Sometimes young people don't have the basic skills they need to take care of themselves when they venture out on their own. That's not necessarily the case for Hulbert Community Library patrons.

The staff works to educate teens on a variety of subjects, including how to prepare a delicious dish for breakfast, lunch, dinner or dessert. Many recipes and cooking instructions are shared at Kayla's Teen Cooking Club, but so are a lot of laughs.

"A good reason to come here is because it's a cool place for everyone to hang out," said Hailey Brave. "We don't have to go out and party to hang out. It's just a fun after-school activity and I actually love coming here. It helps to get away from the parents every now and then, too."

The dishes prepared at the Hulbert library range from a pizza grilled-cheese sandwich to cupcakes. Wednesday, the club made bacon-cheese fries with limited resources - something many teens may have to do once they're out on their own.

"We don't have an oven, so we have to work with what we got," said Kayla Rooster, librarian. "We have a little toaster oven and a small frier that we'll use. Each meeting, we go from savory to sweet. So next month, we're going to make chocolate items."

Though she's still a Hulbert High School student, Rooster's proficiency in cooking makes her more than qualified to run the club. At age 11, she began cooking at home. She has also competed in national cooking competitions through Family, Career and Community Leaders of America (FCCLA), she sells her own cupcakes, and she attended culinary school for a year.

"The reason people come is to learn new things," said Emelie Bailey, librarian. "They also come just to try the food, though, because she's a really good cook."

As an active member of her community, a few years ago, Rooster was looking for another extracurricular activity her freshman year of high school. After hearing about opportunities to teach programs at the local library, she decided to create the cooking club. And she continues to run it now, as a senior in high school.

"I enjoy being able to take things that I've learned how to do and teach others," said Rooster. "I feel like people my age need to be more educated on cooking. That's why people should come here. It's a great way to learn how to make really neat food, be around your friends and enjoy yourself."

Not everyone can be as skilled as celebrity chef Gordon Ramsay, so Rooster instructs her students on how to make dishes with intricate recipes, as well as plates that are quick and easy. So parents might want to drop of their kids in hopes of getting a few nights off from cooking duties.

Even those who know a

thing or two about preparing meals might learn something.

"I've known how to cook, but I learned a lot more from coming here," said Seth Welch.