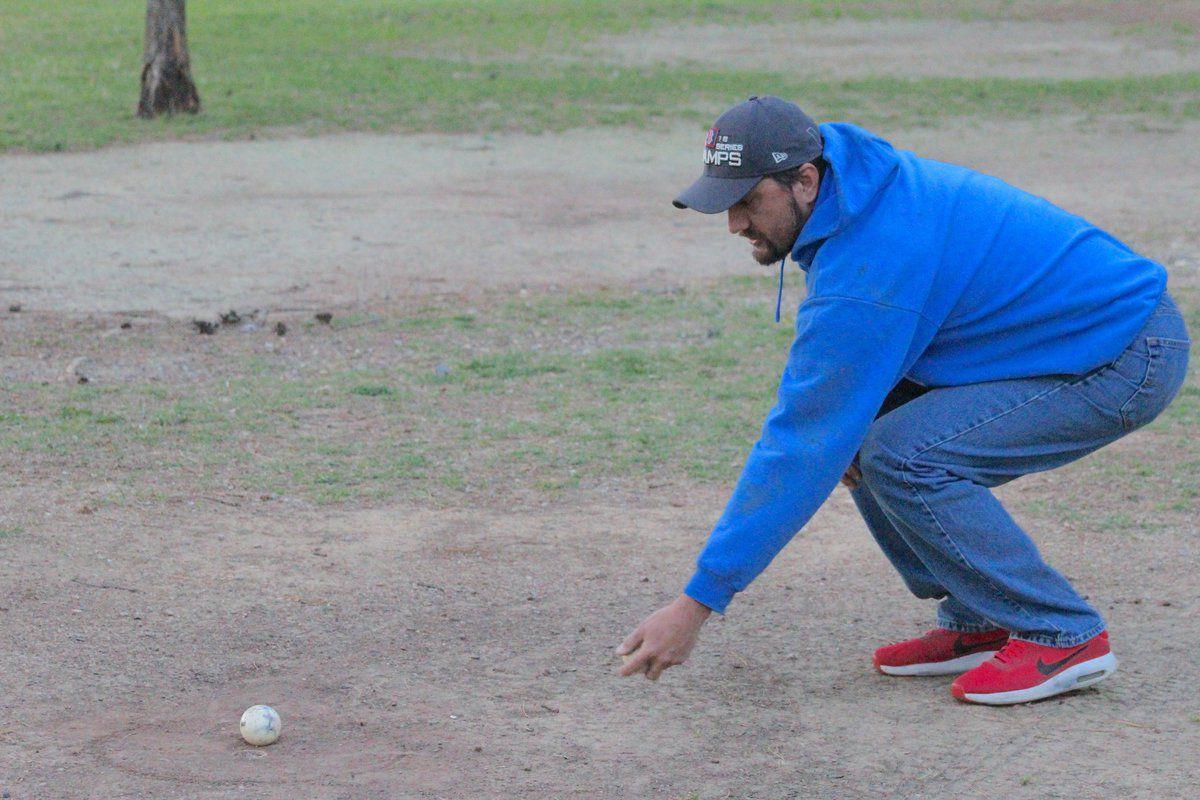 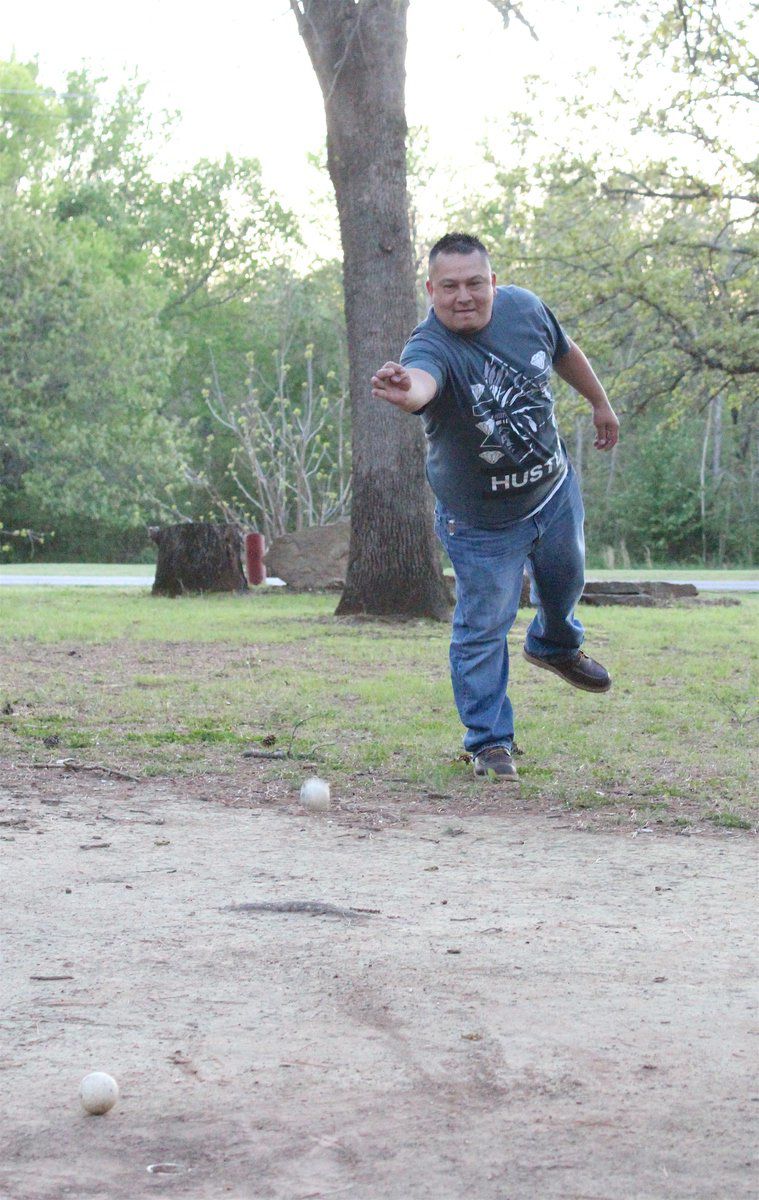 Marble games have been around for ages, including the classic ringer game and other more traditional forms. And with Friday being World Marble Day, some aficionados celebrated with leisurely matches.

The game most folks around Tahlequah prefer is Cherokee marbles. It has been handed down through generations of Cherokees, leaving some competitors wondering when the first marble was actually thrown.

"Nobody really knows how old the game is," said Dennis Sixkiller, Cherokee Nation National Treasure. Some say probably over 1,200 years or so, but nobody really knows. As far as I know, our tribe is

the only one that plays marbles. No one else really plays it, that I know of. Some Creeks may, but they may be the only other ones."

The game is played on an L-shaped field about 100 feet long, with five holes. Teams of two or three people typically participate.

"It can be 40 feet apart, the holes," said Sixkiller. "Some of them are 35 feet apart. The object of the game is for all team members to make all fives holes and then back, and they win the game."

It doesn't require any knuckling down and is played with much larger marbles than used for playing ringer or Chinese checkers. Many players actually use billiards balls. Sixkiller said players are starting to use larger marbles, and he often teases them by asking where they got their cantaloupes from.

The teams are decided by whoever gets a marble closest to the circle around the first hole. The marble throwers who are the closest are on the same team. Then the match begins. Once a player makes it in the second hole, they can begin hitting other players' marbles that didn't make it in.

"You're allowed to come back while your other partners make the hole," said Jared Davis, who plays at the Cherokee Heritage Center on Thursdays. "You're slowing the other team down from advancing, while you're advancing. It's basically just a race."

The game was passed on to Davis as he was raised. He said many of today's younger generation don't participate much in the traditional sport, but it's something he hopes more will become interested in.

"I've been playing since I was a little one and I'm 37 years old now," said Davis. "So I've been playing my entire life, basically. It's just like a basketball pickup game. When the family gets around and someone has a case of marbles, everyone will go out there and play. It's just a family tradition - Cherokee tradition."

"In order to get to our championship that is played the weekend before the holiday, you must qualify at one of the five [games] we put on," said Bayly Wright, Cherokee National Holiday director. "The top three placers at each location get a T-shirt and an invitation to come compete at the championship in August."

For first-timers, Cherokee marbles might take some practice and coaching. However, the Native Games series has experts on hand to teach newcomers.

"Even if they don't know how to play, our coordinators will teach them," said Wright. "We try to be inclusive and educate and promote these specific games."

Anyone may compete in the Traditional Native Games. There is an adult division, ages 15 and up, and junior division, 14 and below. It's free for both competitors and spectators. The next competitions are this weekend, April 20, at Carl Albert State College, Sallisaw campus; May 4, Maryetta School; June 29, Cooweescoowee Health Center; and June 27, Locust Grove High School. The Traditional Native Games Championship is Aug. 24 in Tahlequah.