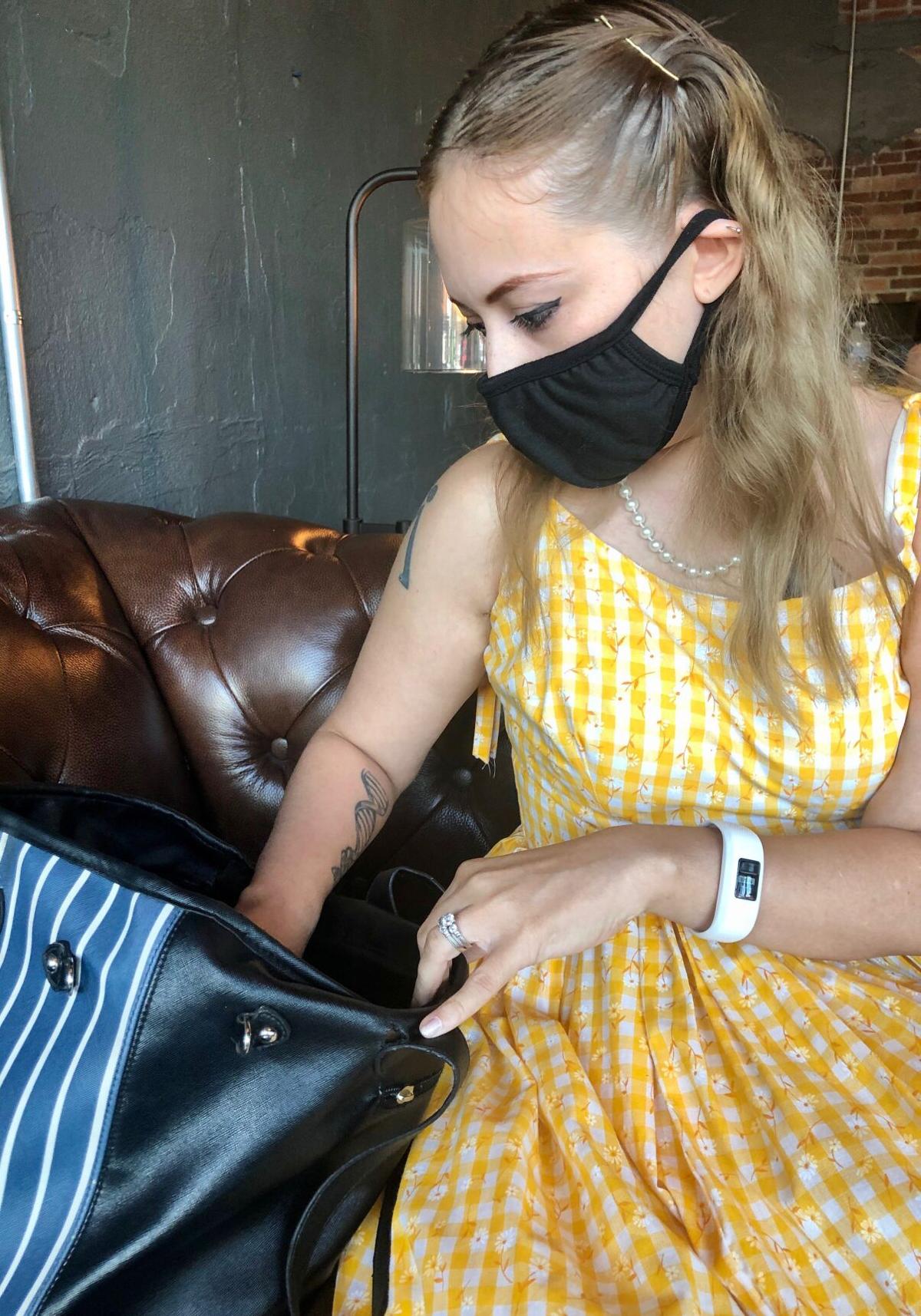 Tahlequah resident Kimberly Davis does not believe President Donald Trump is to blame for storming of the Capitol in Washington, D.C., last week. 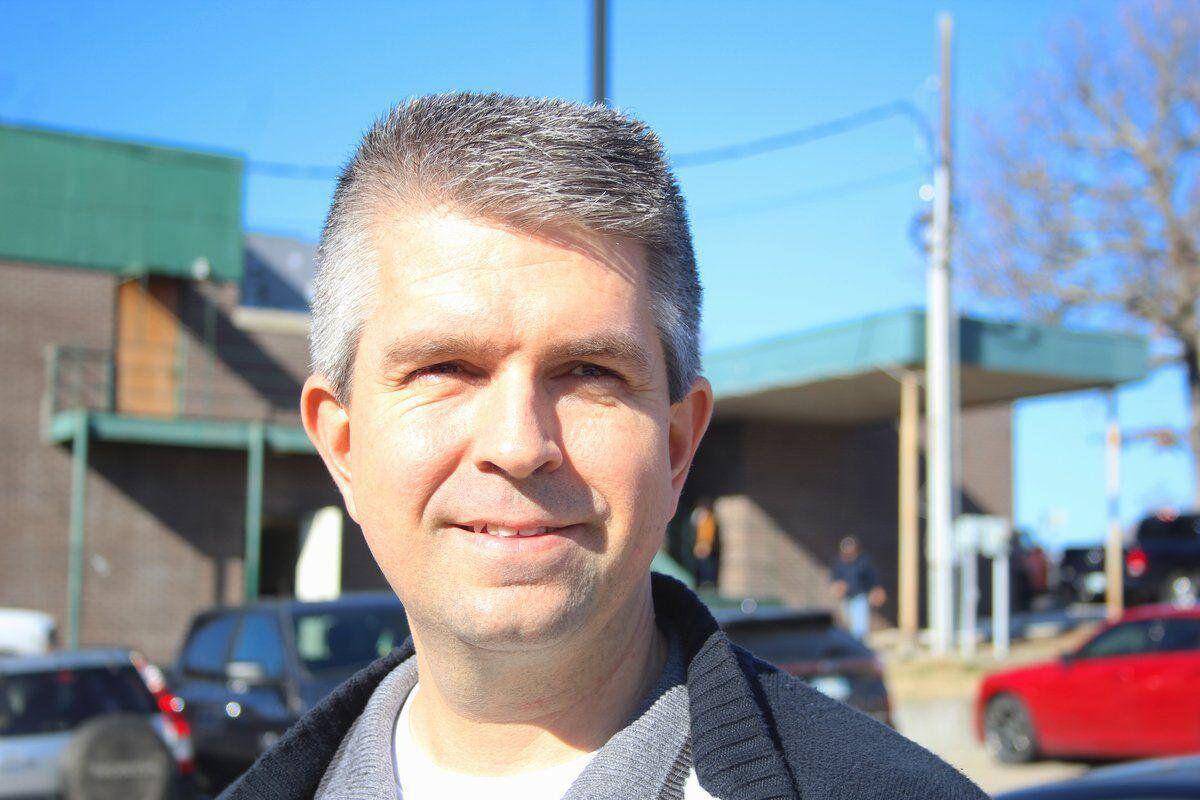 Tahlequah resident Kimberly Davis does not believe President Donald Trump is to blame for storming of the Capitol in Washington, D.C., last week.

The siege at the U.S. Capitol Jan. 6 was hard to miss, as news of President Donald Trump's supporters forcing their way into the building to disrupt confirmation of President-elect Joe Biden's election victory was circulated across social media platforms, television sets and radio broadcasts.

The riot left five people dead and led to at least 20 arrests, and House Democrats have introduced an article of impeachment against Trump for incitement of insurrection. It's produced a flurry of opinions from people nationwide, as well as locally, as to who should be held accountable and what role the president played in the civil unrest.

Many people have placed the blame on Trump. Others, while disapproving of the storming of the Capitol, still believe the election was stolen and that the president should not be held responsible for the actions of those who tried to interfere with Congress' certifying of the Electoral College votes.

"It's obvious there are people who are as willing to engage in a collective delusion about the election as Donald Trump is willing to lie about it," said Jason Nichols, political science professor at Northeastern State University, former Tahlequah mayor, and District 2 Democratic Party chair. "Joe Biden won the election. There is no question about that, and trying to compel a different result through force is abhorrent. I couldn't believe what I was seeing and was just as incredulous at the attempts to justify it by saying the rioters were fighting for fair elections. The only thing they're fighting for is a man who is willing to goad them into confrontations for his benefit, but who doesn't actually care about them."

Trump and his allies have filed scores of lawsuits contesting the election process, the majority of which have been rejected. Lawmakers from various states, including Oklahoma, have argued against the process officials took in four key battleground states to change election laws to safely work around the COVID-19 virus.

Local resident Kimberly Davis said it's "an obvious fact that the election was stolen."

"America had a chance to continue to be great, but those who fear facts and choose feelings put us back," she said.

"The investigations regarding voter fraud needed to continue for as long as possible, but the Democrats couldn't let their plan of tyranny get spoiled. Many facts and evidence were conveniently lost or not found. Trump and his supporters are just deemed crazy white people, but the evidence of fraud is there, if it were allowed to be found."

Davis disagreed with the storming of the Capitol, citing it as an example of the unrest in America. But she believes Trump is not responsible for any of the deaths.

Claims of voter fraud have been consistently made since Nov. 3. Trump himself has repeatedly alleged extensive fraud, and during his speech before the group of supporters attacked the Capitol, he called it an egregious assault on democracy. He also said during that speech that "if you don't fight like hell, you're not going to have a country anymore;" and encouraged supporters to march down to the Capitol and "stop the steal."

Tahlequah resident Susan Feller said it is understandable that supporters of President Trump are upset that he lost the election.

"They also need to understand he has had ample opportunity to dispute the election results," said Feller. "Unfortunately for him, he has not been able to produce credible information to support his claims of voter fraud. He tried everything to overthrow the election and his last gasp was to involve his supporters in anti-American and illegal activities. Trump's lack of regard for his supporters is apparent. He encouraged them to commit crimes and then walked away."

The crowds gathered outside of the Capitol reminded some of protests that occurred across the country last summer in the wake of George Floyd's death, and others killed by law enforcement officials. Many pundits have drawn comparisons between the Black Lives Matter protests and what occurred in Washington, D.C.

"The same people who called Antifa/BLM riots peaceful are calling the protesters at the Capitol ultraviolent," said Michael Cummings. "The same politicians who called for civil disobedience are now crying foul when the people are being disobedient. The blame for the Capitol protests can not be laid at the feet of a single man, especially when that man told his supporters to be peaceful. The blame lies with arrogant representatives who forgot who works for whom, and the division sown by the mainstream news media in an attempt to color Trump and his supporters as buffoons or worse."

The Daily Press asked readers in a Facebook Saturday Forum how the events of last Wednesday spun out of control, what should happen to those who forced their way into the Capitol.

Sara Pennino said Trump instigated and encouraged the riot, and that everyone who was involved should be arrested.

"It was terroristic, and these occurrences are going to become much more common if they are not punished for it," said Pennino. "This riot is incomparable to the BLM riots. BLM was protesting murder, and it turned into riots after they was antagonized and attacked over it. These people are rioting because their precious leader lost by millions of votes."

Ben Fuson said the event goes beyond any one man, and that people are tired of not having their voices heard.

"Should the several who cause harm be prosecuted? Absolutely," said Fuson. "I do believe this doesn't hold a candle to BLM protest/riots and I believe should be dealt with the same way as the BLM protests/riots."

Shannon Grimes, Cherokee County Libertarian Party chair, said the event was far from being anything like an actual insurrection, which many politicians and media pundits are calling it.

"From what I'm able to see, a minority of bad actors is getting all the attention and everybody is being conflated with those actions, even though the vast majority were peacefully assembled to voice their concerns," he said. "I know - crazy, right? Hard to imagine a group being smeared by the actions of a few."

TAHLEQUAH [mdash] age 79. Butcher. Died May 4th in Tahlequah, OK. Funeral Services May 10th at 11:00am at Reed-Culver Chapel. Interment at Caney Cemetery. Visitation May 7th from 1:00pm until 7:00pm at Reed-Culver Funeral Home.