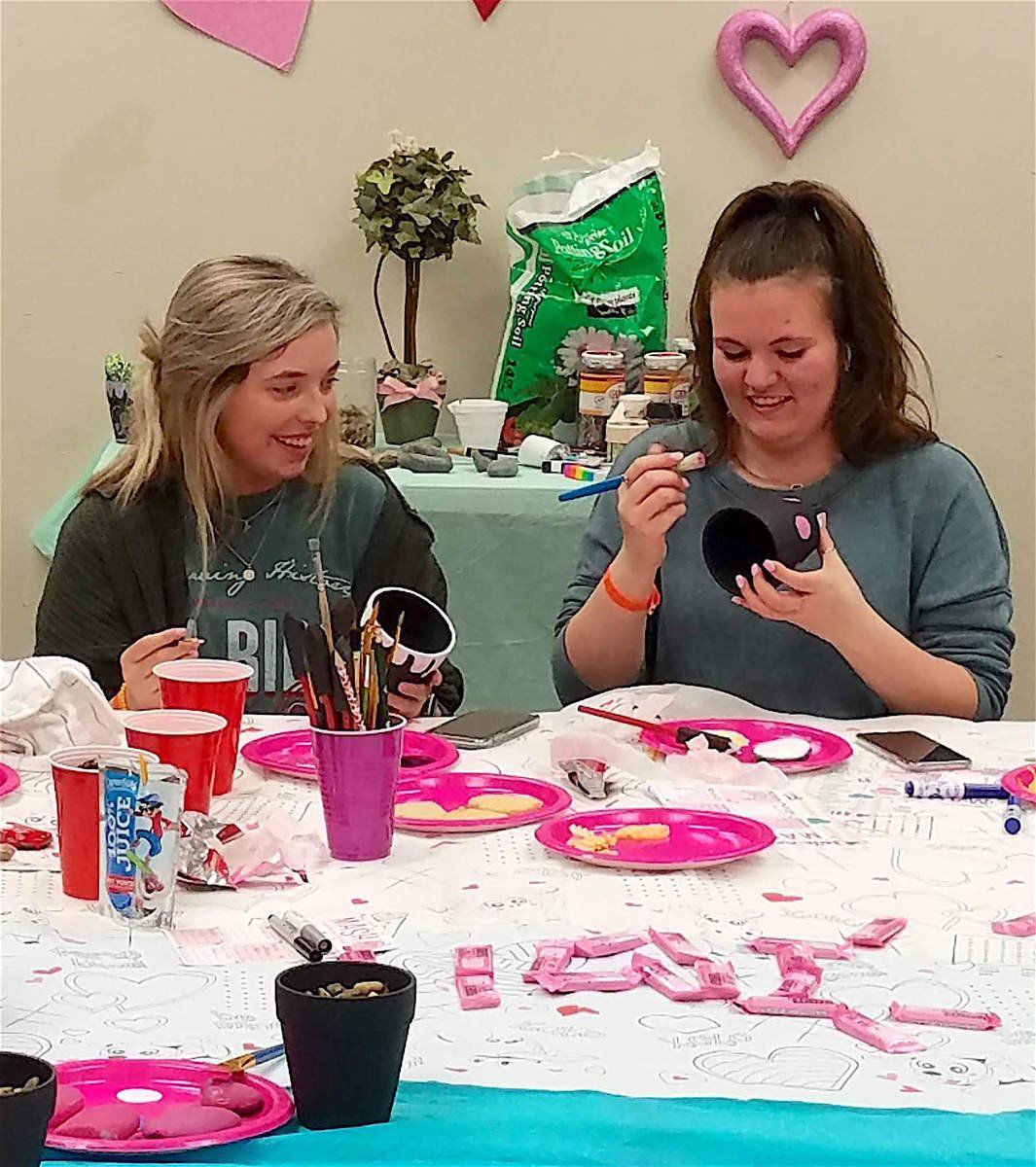 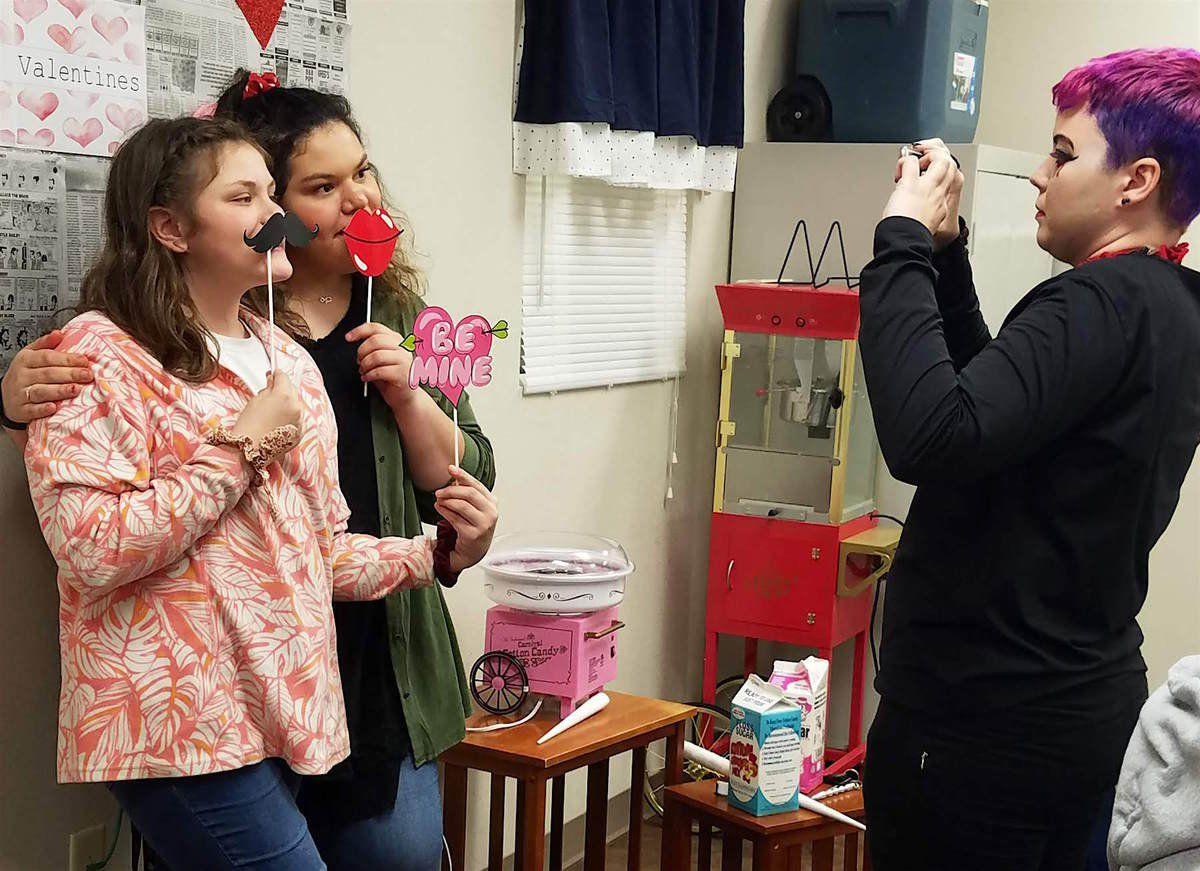 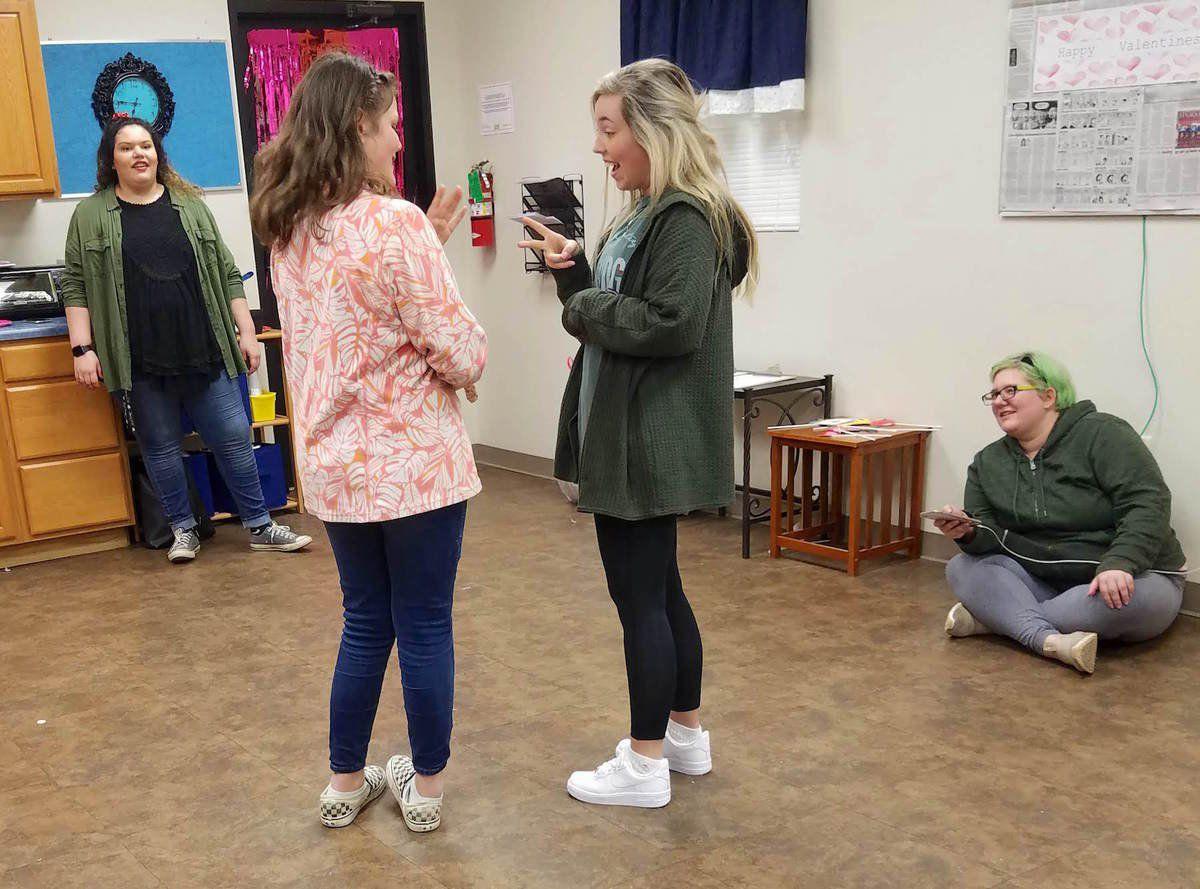 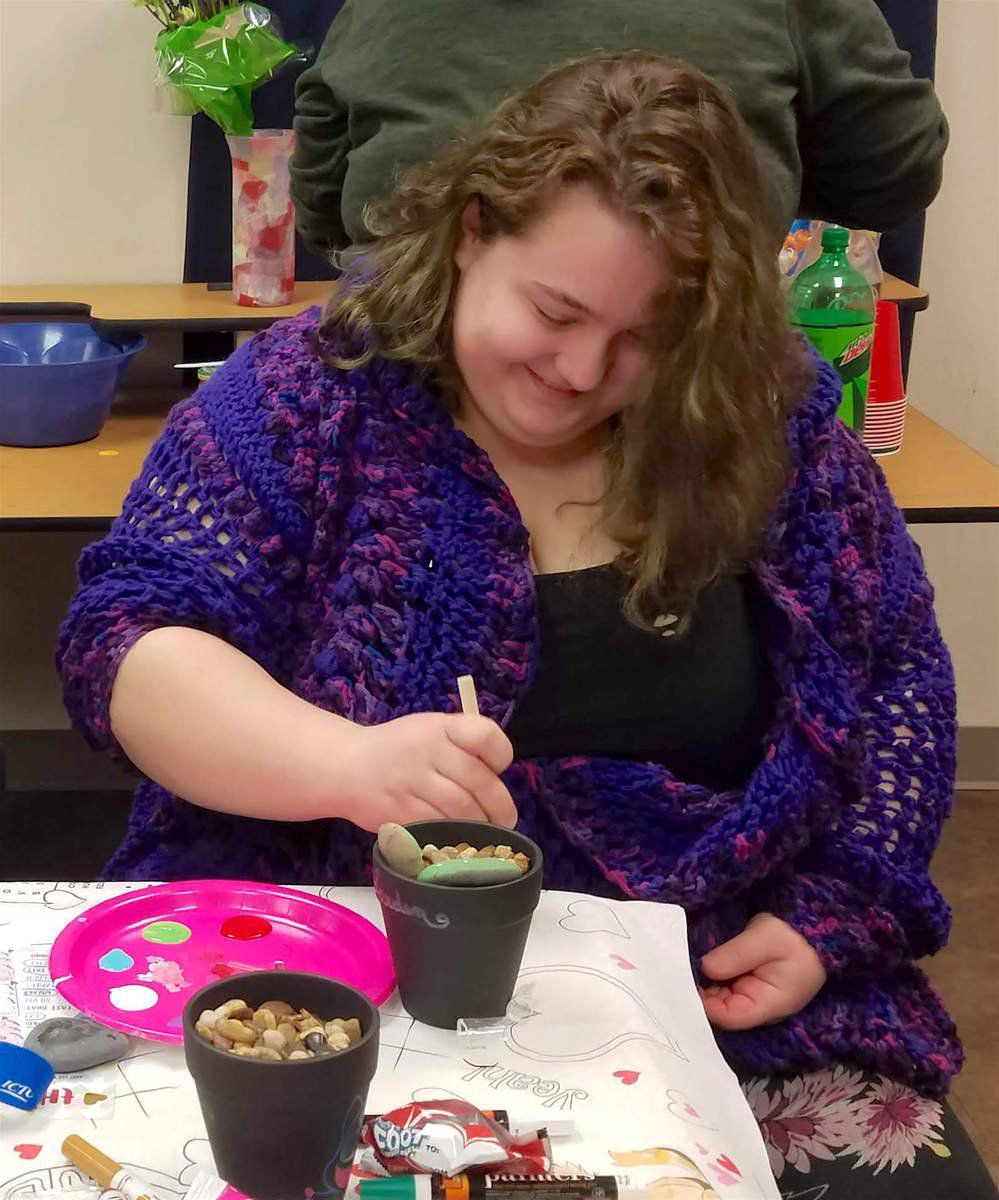 Hulbert is a small town with a big heart, and the Hulbert Community Library showed some love Thursday by hosting a Teen Valentine Party.

Open to ages 13-20, the event featured snacks, crafts, games, and a photo booth.

"We did the Christmas party and everyone had fun. So I thought, let's let these kids feel loved on Valentine's Day," said Kayla Roster, library clerk.

While attendees were arriving, they could help themselves to chips and dip, snack cakes, chocolates, and soda or juice.

They also filled out Valentine-themed MASH and This or That cards.

MASH stands for "mansion, apartment, shack, house," and it is supposed to tell the player's future. The player fills out each category - valentine, pet, number of kids, job, car, and city or place - with four options, and then with a random number starts eliminating options until only one option in each category is left.

For This and That, the players circled the one of the two choices which best represented them, such as french fries or tater tots, or singing or dancing. Then they could share with their friends and see how much they have in common.

"They're my friends. I like being here," said Meagan Garner. "It gets me out of the house."

Garner was the winner of the Fruit by the Foot eating contest. Each person unrolled the fruit snack, and when a person said "go," the contestants had to try to get the strip into their mouths without using their hands, and chew and swallow it before anyone else.

Party attendees then started the crafts, as one of them involved paint and it would take time to dry. The other was icing heart-shaped sugar cookies.

"The craft was scheduled for another night, but it stormed and not many people showed up," said Rooster.

Originally, the craft was to paint rocks to look like cacti and set them up in a flower pot, but Rooster encouraged the teens to make it Valentine's Day themed or however they wished.

Crafters could use acrylic paints, paint markers, glitter and more to decorate the pots and the rocks.

Kristen Bailey and Cheyenne Haner attend Northeastern State University, but graduated from Hulbert High School. Bailey said Haner invited her to the party and it sounded fun, plus she liked making crafts.

"I like coming to things like this," said Haner, who liked the MASH game. "It gets me out doing things. It's like a little getaway from home."

As the painting took a while for some, there was enough time to play one game. Rooster had chosen four and let the attendees pick what they wanted to play. The winner was Clumps.

"It's like a real life human musical chairs," said Rooster.

Eight of the partiers played while one, the caller, controlled the music. Everyone walked in a circle until the caller stopped the music and said a number. That number determined how many people "clumped" together. The person or people not in the correct numbered cluster were then out. When it got down to two players, they played Rock, Paper, Scissors to determine who won the prize of a large-sized candy bar.

A photo station with props and a Valentine's Day background was set up so attendees could capture some memories.

"I had a great time. I enjoyed hanging out with everyone," said Rooster. "I'm happy we had a good turn out."