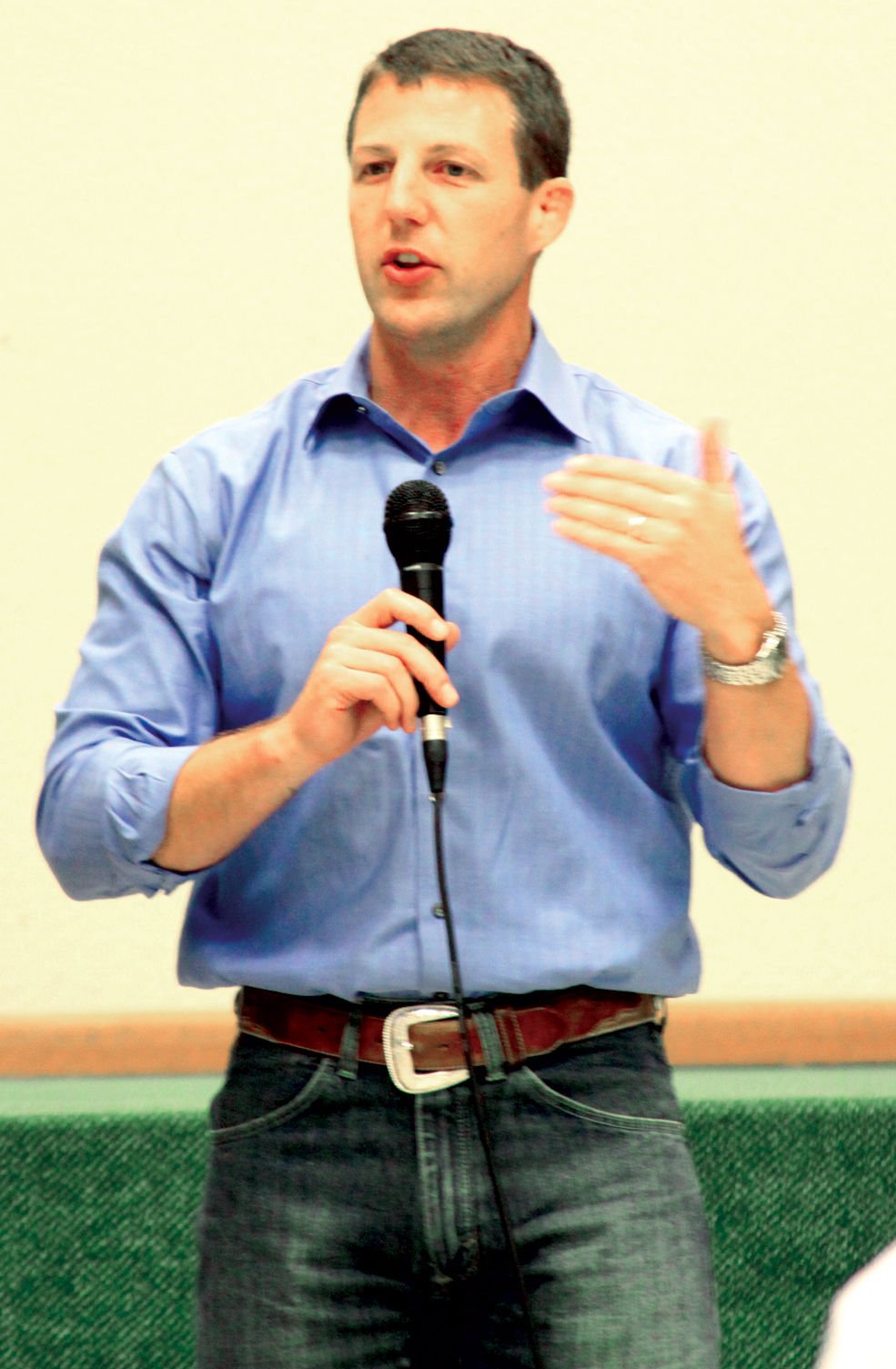 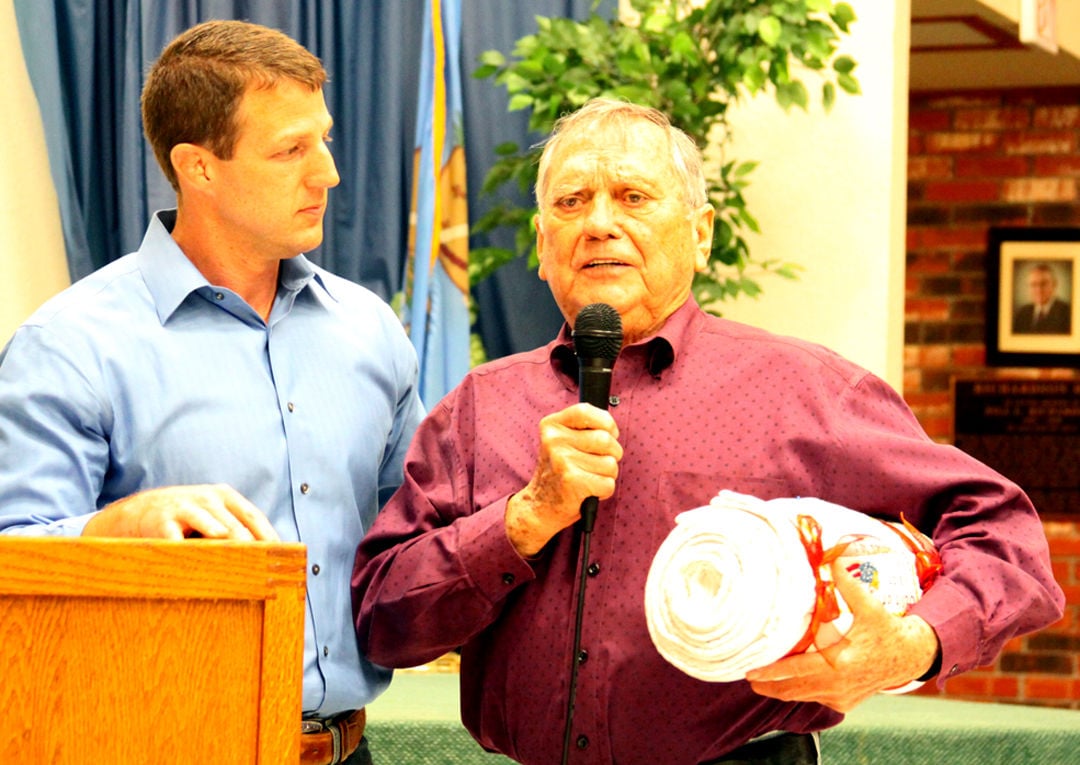 Fount Holland, Korean War veteran and former dean of the Northeastern State University College of Education, is presented a quilt from the Quilts of Valor Foundation at Thursday’s town hall meeting with U.S. Rep. Markwayne Mullin.

Fount Holland, Korean War veteran and former dean of the Northeastern State University College of Education, is presented a quilt from the Quilts of Valor Foundation at Thursday’s town hall meeting with U.S. Rep. Markwayne Mullin.

About 70 people turned out to Richardson Hall at Go Ye Village on Thursday to participate in a town hall meeting with their congressman.

Oklahoma District 2 U.S. Rep. Markwayne Mullin was in Tahlequah as part of a three-day tour through his district to speak with his constituency about developments in national politics.

Mullin opened the meeting by saying he believes complacency is the biggest threat to the nation.

“I go to schools all over the state, and I ask the students how many can say for sure that their parents voted last November,” Mullin said. “Maybe 20 percent raise their hands.”

Theorizing about causes of the complacency, Mullin suggested that “bickering and fighting” were turning off constituents and setting a bad example for the next generation.

“We call people idiots because they don’t care about our opinions,” he said. “But did we ever care about their opinions? I thank the Lord that we live in a country where we can express our opinions without going to prison. And we don’t really have a doubt that others love this country as much as we do, but we get mad at them because they don’t agree with us. Before we expect them to listen to us, we have to be able to listen to them.”

Citing other concerns, Mullin said Americans were enslaved by indebtedness, calling a national debt of $18.1 trillion “real money.” He also expressed worry over the Obama administration’s handling of foreign issues.

“Foreign policy is a wreck,” he said. “China is extremely aggressive in the Pacific, Russia is running absolutely rogue, and the Middle East is a mess with countries about to become nuclear threats to each other.”

Some were wondering when the Republican Congress planned to impeach President Obama, citing issues such as “amnesty” to illegal immigrants. Mullin suggested the audience not hold its breath.

“We would have impeached him if he had done something impeachable,” Mullin said. “Obama really is not giving amnesty. He has said he will not deport them and will let them fill out the forms for legalization. Yes, he’s right against the line, but that is within the parameters [of presidential power].”

Mullin opened the town hall with the presentation of a quilt from the Quilts of Valor Foundation to Fount Holland, Korean War veteran and former dean of the Northeastern State University College of Education.