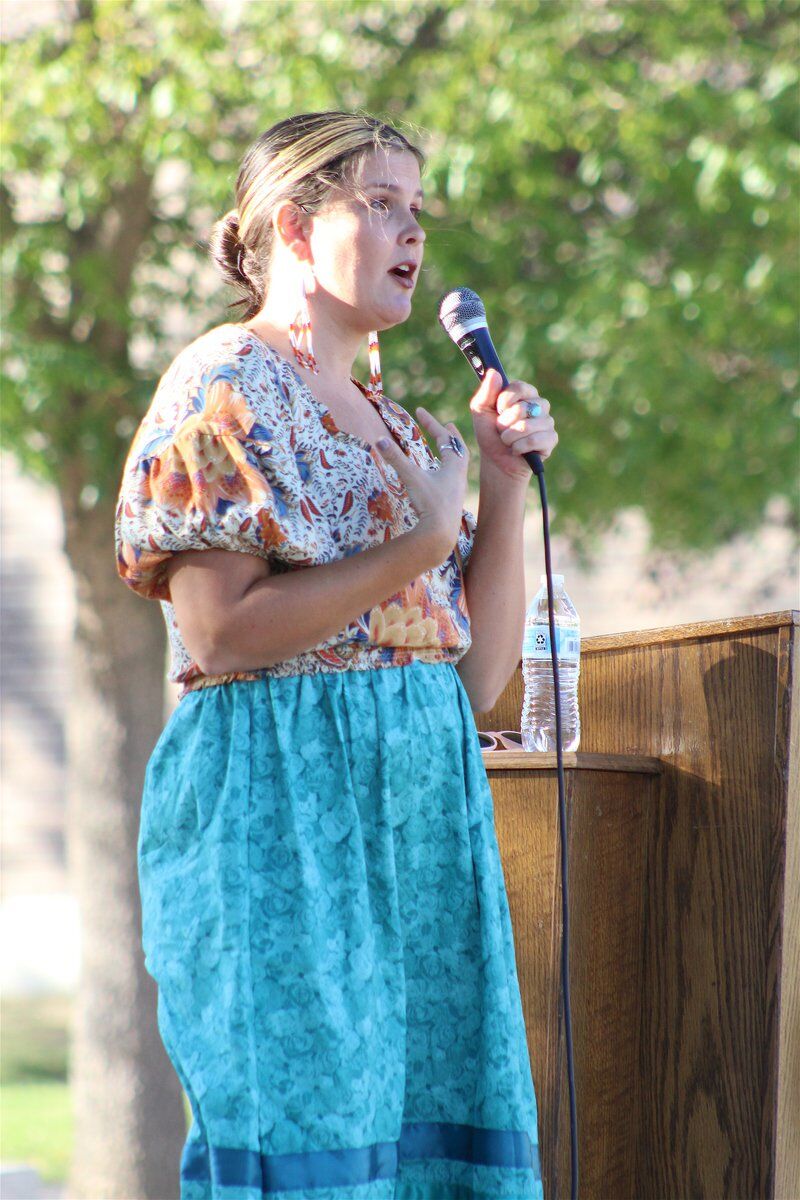 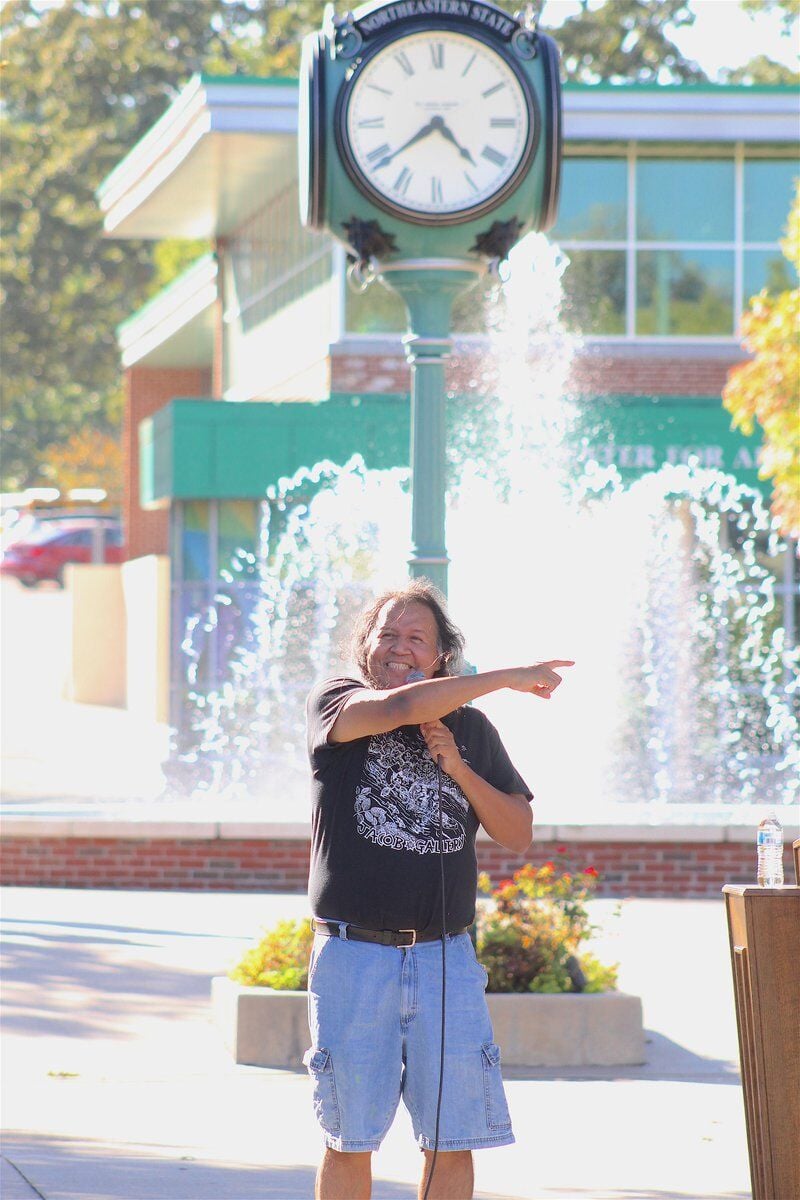 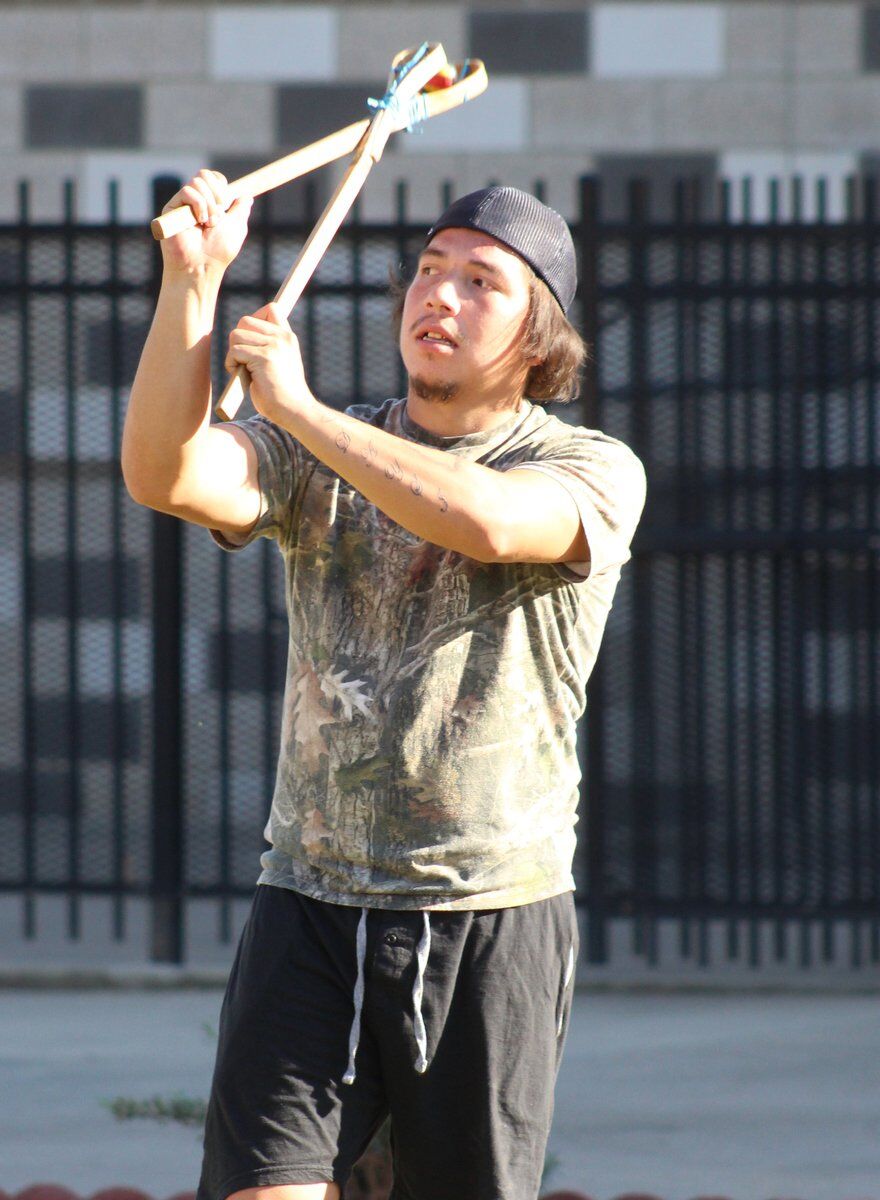 A celebration of Indigenous Peoples’ Day was held at Northeastern State University Monday, when Native students, storytellers, filmmakers and more gathered to commemorate their histories and cultures – and letting the community and world know they are “still here.”

For years, the second Monday of October was dedicated to Columbus Day. It became a national holiday in 1934 after Congress authorized President Franklin D. Roosevelt to declare Oct. 12 as the designated date. In 1971, the second Monday in October was made a federal holiday. It wasn’t until the 1990s when one of the first Indigenous Peoples’ Day celebrations was held, and now it stands as a day to recognize the Native populations that were upended and devastated as a result of European explorers like Christopher Columbus.

And while members of several tribes were represented at the NSU celebration, Native American Student Association President Kaleb Standridge said the day was for all Indigenous people – not just those from the U.S.

“I think it’s important to recognize the contributions of the Indigenous peoples all around the world – not just here in the continent of North America,” he said. “It’s a way for us to say, ‘Hey, there’s that part of the story, but we’re also still here and we’re still doing great things.’ We’re still here. That’s the main message of it all.”

States have since adopted and recognized Indigenous Peoples’ Day, with Oklahoma declaring it Oklahoma Native American Day in 2019. This year, Joe Biden became the first U.S. president to formally recognize the holiday, which has given Natives like Standridge encouragement that people are listening.

“That makes me feel great. I feel more heard than I have been in the past growing up,” he said. “We’re starting to see the fruit of all the labors that went into being seen and being recognized. So I’m extremely grateful we’ve finally been recognized on that federal level.”

An audience to Native stories was the topic of Colleen Thurston’s speech, as a panel of speakers discussed Natives’ role in media at the Second Century Square on campus. The filmmaker who helped produce four seasons of “Osiyo Voices of the Cherokee People” said she never thought she could become a filmmaker or producer, and never expected Indigenous people to receive representation in the mainstream media.

But in college, Thurston saw the movie “Smoke Signals,” which came out in 1998 and was directed by a Native American. It led her to believe Natives could share stories and that there was an audience for them. Still, she had always heard Hollywood executives never saw room for Native narratives. But she pointed to the Dakota Access Pipeline protests at the Standing Rock Indian Reservation in 2016 as a catalyst – an example that people did want to hear about Indigenous people. She said such events enabled the creation of popular shows like “Reservation Dogs,” and “Rutherford Falls,” which were both released this year.

“The voices on the ground in Standing Rock – the support for Standing Rock was so loud it was such force that it couldn’t be ignored,” Thurston said. “That’s when the mainstream media realized, ‘Oh, people are paying attention. We’re going to cover this in the news.’ There was more of a demand for Native stories. So because of this episode of resource exploitation, which of course has such a long history in our colonial history here on this land, it’s resulted in something very empowering.”

Many attendees of NSU’s celebration were Native students, former students, faculty, or in some way connected with an educational institution. Dr. Corey Still said the fact that so many Native people could say they were or are college students means Indigenous people survived and became part of institutions that were never meant for them.

“They were never intended to house Native people,” he said. “They never intended to support Native people. We can go back to the first educational institutions that were built on this land that say they were built for the Indigenous education and Christianization of the Native savages, but have not changed very much in the past 250 years. But you all have survived. When I think about what it means to represent as Native people in spaces that were not designed for us, it’s this right here.”