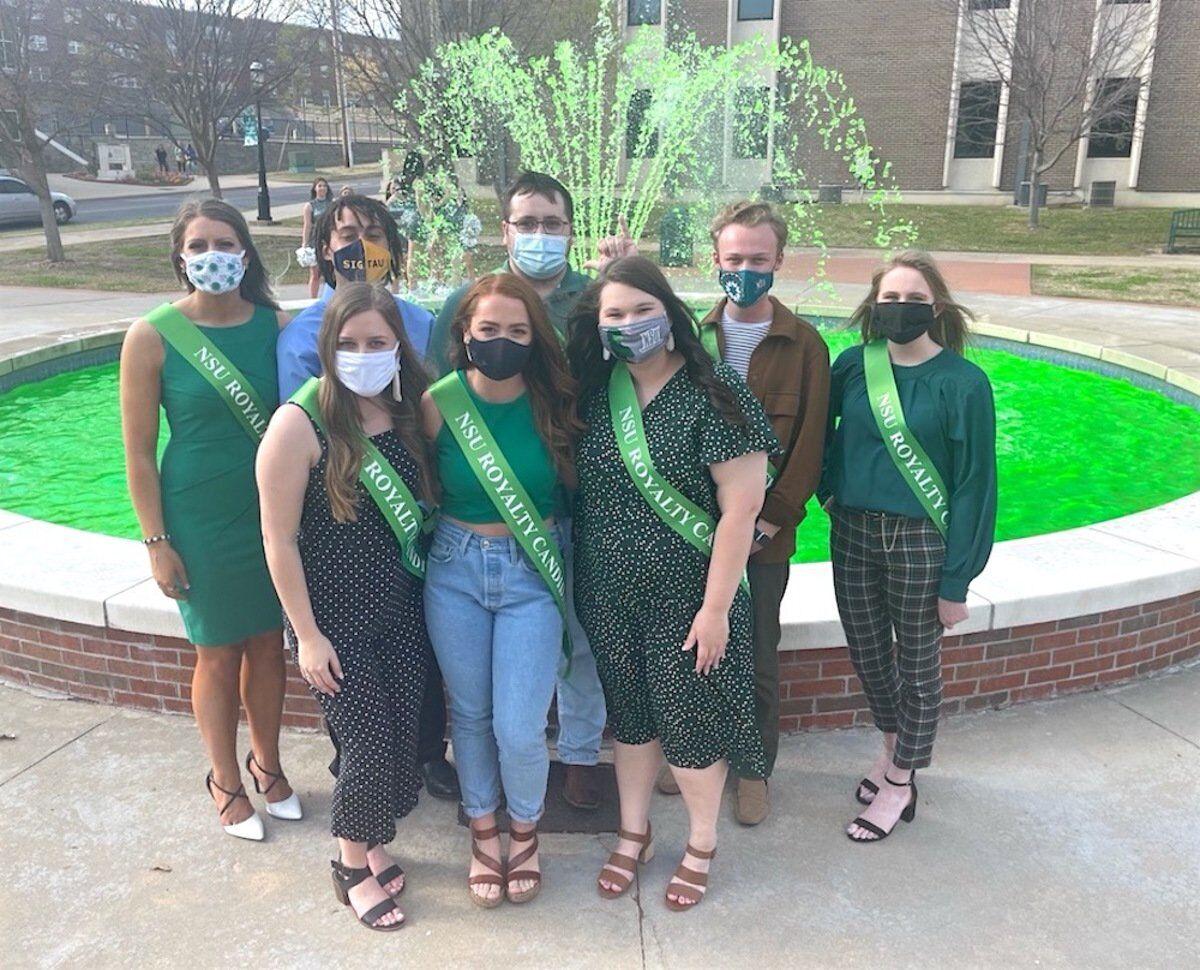 Since homecoming plans at Northeastern State University were changed in the fall, royalty candidates will compete this month. Present at the Green Till I Dye event Monday are, front row, from left: Brooke Hill, Savannah Wood, and Lauren Cole. Back row: Kelli Swank, Larry Washington, Justin Stephens, Camerin Fite James, and Miranda Skinner. 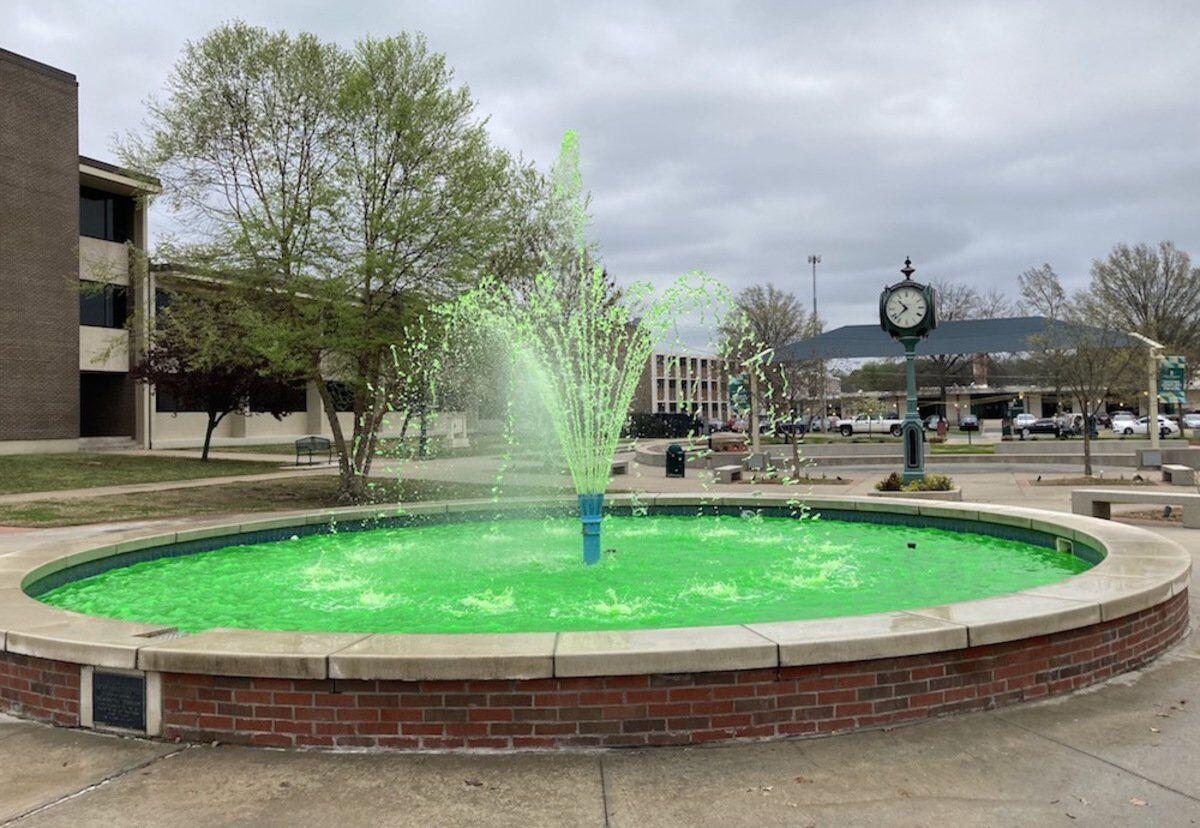 Since homecoming plans at Northeastern State University were changed in the fall, royalty candidates will compete this month. Present at the Green Till I Dye event Monday are, front row, from left: Brooke Hill, Savannah Wood, and Lauren Cole. Back row: Kelli Swank, Larry Washington, Justin Stephens, Camerin Fite James, and Miranda Skinner.

A handful of Northeastern State University leaders gathered on April 5 around the Garrison Memorial Fountain in the Second Century Square to "go green."

Every year during Homecoming week, the Office of Student Engagement organizes the “Green 'Til I Dye” event, during which student organizers color the fountain water green.

“It is a tradition of dying the fountain green to celebrate the beginning of normally Homecoming week. Everyone got a cup of green dye. Ceremoniously, we all put it in at the same time,” said Associate Director of Student Engagement Haley Stiles.

This year, the office had to change its traditions. Homecoming week was canceled last fall due to the coronavirus pandemic, which left the water uncharacteristically clear. To make up for its cancellation, the office is launching "Old Traditions and New Beginnings” week, which is a series of events that will lead up to the Green and White game, a football scrimmage scheduled for Saturday, April 10.

“We did not celebrate Homecoming or any spirit festivities in the fall. We wanted to find ways of keeping it safe. At this event, we only had part of the President’s Cabinet, Cheer, Poms, and the Sassy Hawks. We had the band there, as well,” said Stiles.

Also present were royalty candidates, who will compete later this week.

NSU President Steve Turner spoke to students, faculty, and alumni. Under the theme of old traditions, he honored the legacy of Cherokee people for having invested in higher education. The institution was acquired by the state of Oklahoma from the Cherokee Nation at the turn of the century after the passing of the Curtis Act of 1898, which destabilized the governments of tribal nations.

“I am looking forward to the fall 2021 semester being much more like the fall of 2019. Today is a reminder for the need for celebration – the need to be together for this historic institution. Here we are so many years later because of what the Cherokee people did, starting in 1846, and what the state of Oklahoma did, starting in 1909, and we continue to have cause for celebration,” said Turner.

To promote safety and limit contact, for the first time, the event was held virtually. The livestream is available on the NSU Facebook Page.

“We didn’t have any guests. We wanted to make it as safe as possible, and we wanted to wear masks at the event,” said Stiles.

As a greater number of people are getting vaccinated throughout Cherokee County, there is a sense of optimism in the academic community. In his speech, Turner mentioned they are hoping to return to conditions that predate the pandemic. While plans have not been made, NSU leaders are hoping that by the fall, they will be able to plan Homecoming week, in one form or another.

Green Till I Dye