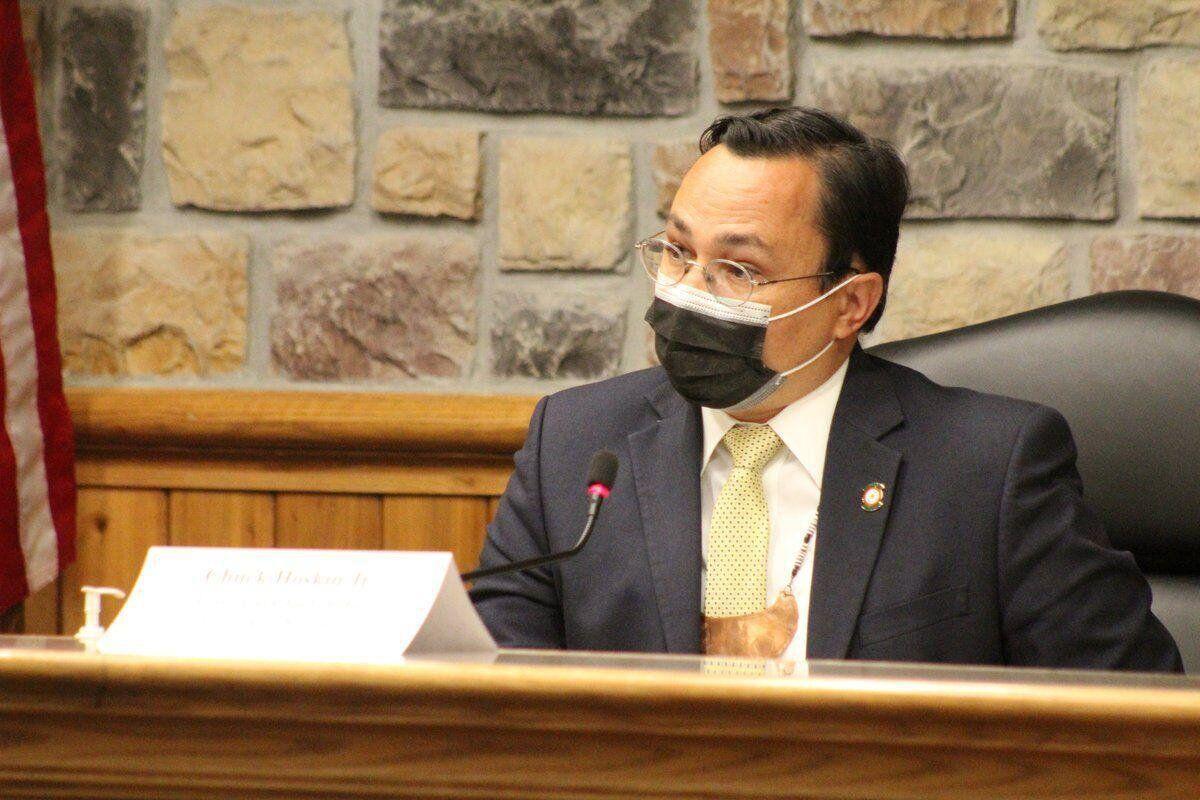 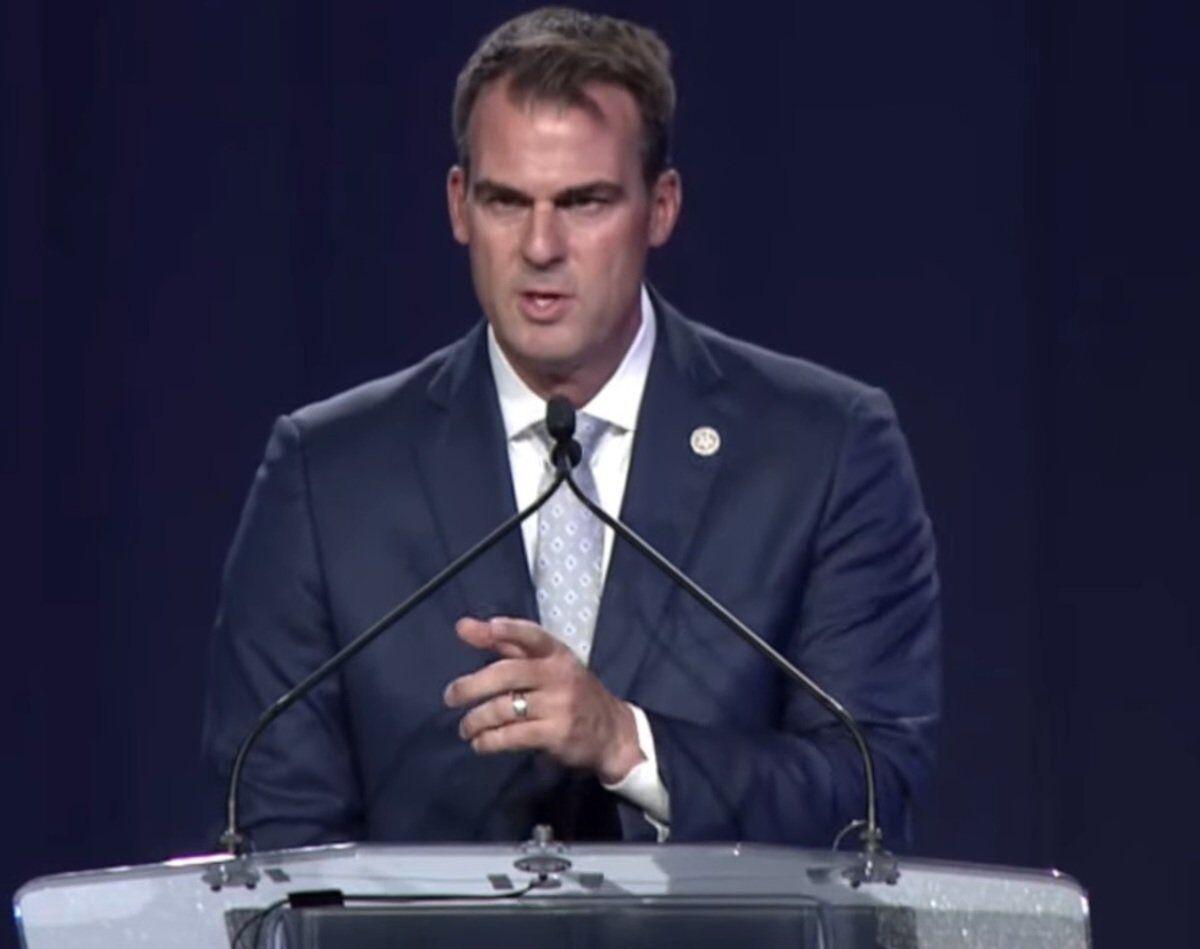 During his speech at the Tulsa Regional Chamber's State of the State, Gov. Kevin Stitt said the Supreme Court's McGirt decision is the biggest threat facing Oklahoma.

During his speech at the Tulsa Regional Chamber's State of the State, Gov. Kevin Stitt said the Supreme Court's McGirt decision is the biggest threat facing Oklahoma.

A clear rift between Oklahoma Gov. Kevin Stitt and the state's Indigenous tribes remains, evidenced by the governor's comments regarding the McGirt decision last week during his Tulsa Chamber State of the State speech.

Stitt called the McGirt decision the most pressing issue facing the state. Attorney General John O'Connor has filed five petitions with the U.S. Supreme Court in an attempt to reverse the ruling, which held that the Muscogee Nation's reservation was never disestablished by Congress. This resulted in a shift of jurisdictional authorities, since crimes involving Native Americans must now be tried in federal or tribal courts.

"I've said from the beginning that ruling creates uncertainty in our state," Stitt said. "It threatens Oklahoma's sovereignty and creates a public safety nightmare for victims and law enforcement."

Earlier this month, the Oklahoma Court of Criminal Appeals ruled the McGirt decision does not apply to convictions retroactively, meaning those previously convicted of crimes in state courts cannot have their cases overturned. Despite the ruling, Stitt said McGirt remains a threat to the sovereignty of the state.

The Five Tribes have expressed a willingness to work with the state and federal government to address jurisdictional issues as they arise and protect public safety. However, Cherokee Nation Principal Chief Chuck Hoskin Jr. said the governor is undermining cooperation among local, state and federal officials with scare tactics and divisive language about McGirt.

"When Gov. Stitt's attempt to have the U.S. break its treaty obligations and demand the Supreme Court reverse its year-old decision fails, we hope he will join his fellow Oklahomans in seeking justice and public safety rather than political theater," he said. "In the meantime, we will continue to work cooperatively to support our people and everyone throughout the state."

The governor's speech received backlash from state Democrats, including State Rep. Monroe Nichols, D-Tulsa, who said his remarks were divisive.

"In his speech, he didn't mention the 7,800 Oklahomans we have lost to COVID nor did he mention COVID at all. There was no plea to citizens to get vaccinated or any plan to protect the voters who elected him," he said. "Instead, the governor chose to show unnecessary hostility toward our state's oldest allies, the sovereign tribal nations. In a time that we should be working together, the governor continued to use national talking points and political rhetoric to divide Oklahomans."

The state reportedly hired an out-of-state law firm to represent Oklahoma in the Bosse case. The conviction of death row prisoner Shaun Bosse, who was sentenced to death for the murder of a woman and her two children, was overturned, but the high court ordered a stay. Now, Oklahoma is asking the court to determine whether states have jurisdiction over crimes committed by non-Indians against Indians in Indian Country.

According to the McAlester News-Capital, which obtained the contract between the state and law firm under the Oklahoma Open Records Act, the total cost of the firm's legal services are not to exceed $700,000.

"I don't think that the state needs to be spending money to try and overturn it in federal courts," said State Sen. Dewayne Pemberton, R-Muskogee. "I think they need to let the state work with the different tribes and create new compacts that will enable the state and tribes to work together."

Pemberton added that he sees the McGirt decision being more of an issue for the federal government than the state.

State Rep. Bob Ed Culver, R-Tahlequah, said he doesn't think anyone was ready for the ramifications of the Supreme Court ruling. To him, whatever entity has authority to prosecute a crime doesn't matter, as long as criminals are held accountable for their actions.

"To me, if you break the law, I don't care who tries you, but you need to have your day in court," he said. "If somebody beats you up, steals your watch and your backpack, you would want them tried somewhere and punished for their crime."

Since the high court's McGirt decision, a myriad of convoluted information has been dispersed. To get a better understanding of the situation, Cherokee County Democratic Party Chair Yolette Ross said she hopes to bring a guest speaker to one of the group's meetings to explain the fallout.