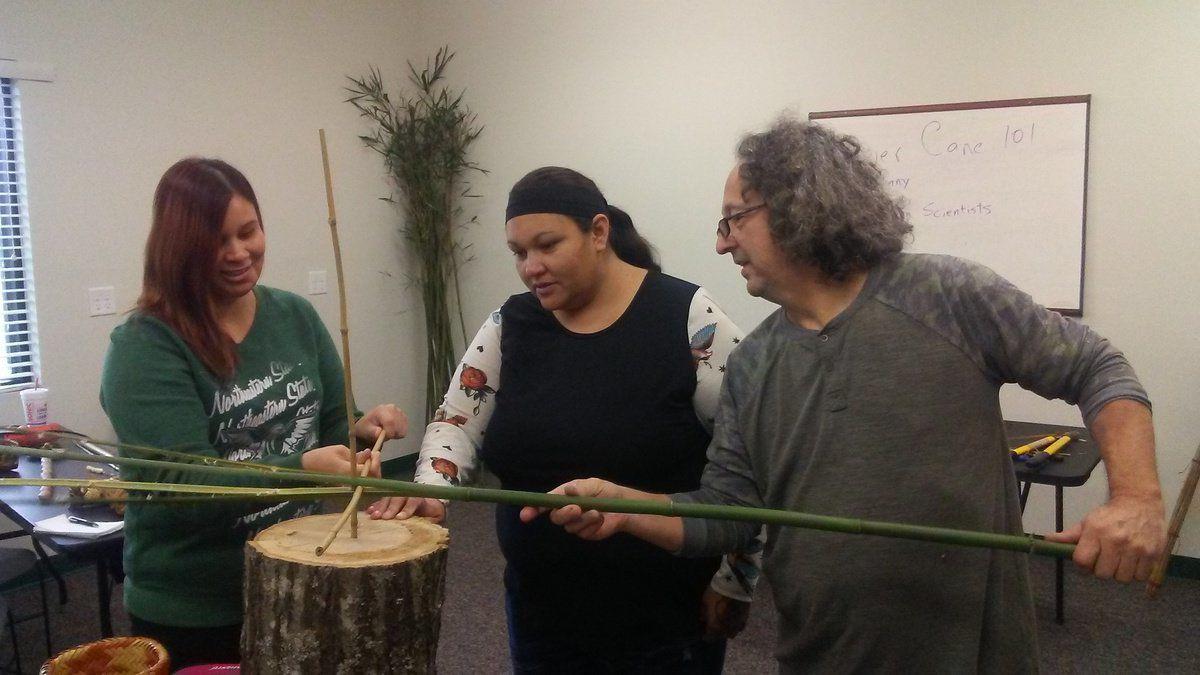 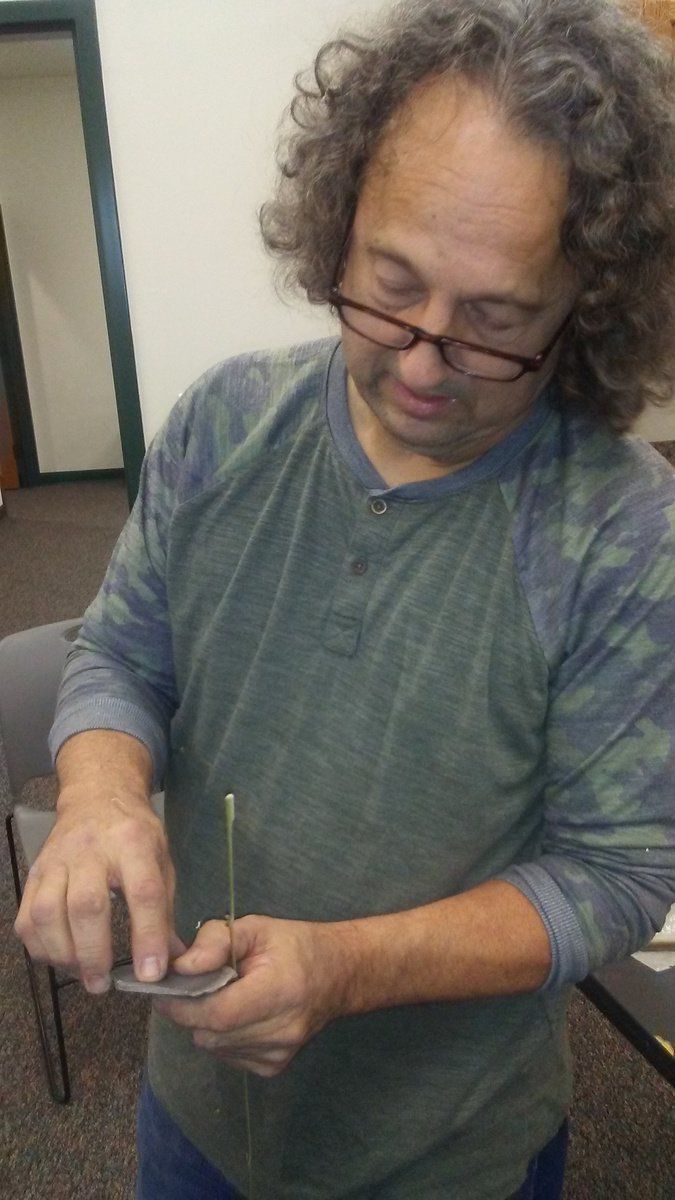 Roger Cain discussed river cane at the United Keetoowah Band of the Cherokee Indians Wednesday, during a preservation program.

Roger Cain discussed river cane at the United Keetoowah Band of the Cherokee Indians Wednesday, during a preservation program.

That was one of the questions answered by Roger Cain on Wednesday, during River Cane 101: Culture of River Cane. It's the second in a series of preservation programs offered by Cain at the United Keetoowah Band of Cherokee Indians in the tribe's education building.

Like many who grew up around it, Cain had not considered the value of river cane.

"We grew up playing with river cane, fishing and swimming," said Cain. "I hadn't realized the importance of river cane. Now I like teaching conservation with the art so they'll take care of the plant."

"But we figure it's about half that, really," he added.

Building a Southeast River Cane Monitoring Initiative for Cultural and Ecosystem Services is a grant-funded project he is using to educate people and preserve river cane ecosystems through mapping.

The grant ends in May 2020, so they'll have to complete data collection by then, he said.

Cain presented a one of a series of programs, "River Cane 101: Culture of River Cane."

Botany Basics of River Cane was the first program which looks at river cane from propagation to the unique endangered habitats they create. The third program will visit river cane ecosystems.

In December he'll take a group to the Ozark National Forest to start mapping.

"The grant is for mapping river cane using Citizen Scientists methodology, starting in northeast Oklahoma," he said. "People will be able to take a picture when they find river cane and send it to us with the GPS coordinates, and we'll map where river cane is occurring and collect and use the data to build a map."

If long term grants continue, the mapping can could North America and across the planet.

Part of the grant is educating people about river cane.

"It cleans our water, reduces phosphorus and nitrogen runoff in our waterways, it provides more oxygen per acre than other comparable ecosystems like hardwoods," Cain said. "It provided food, habitat and housing for Indian people up to the Removal. River cane baskets were worth more than anything else back then, and we still use it today."

Mapping is important, he said, because "river cane is part of our cosmology. It's what makes us who we are."

"We use it to make medicine with cane blow tube and how we talk to God."

"He reported columns of fire, and they've found cane torches from about 3,000 years ago," he said.

"I'm a crafter - arts and crafts - and I know how to make a blowgun, and recently learned to make baskets from Cherokee National Treasure Shawna Cain to add to the traditional skills I can teach for preservation," said Wolfe.

She brought a blow gun to show Cain and learned it was made from river cane that was at least 30 years old.

"I use it and teach with it," Wolfe said. "I've taught thousands of kids through an outreach program at the Cherokee Heritage Center when I worked there. I also taught stickball, and other traditional arts and crafts. "

Ah-nee Christie came to the program to learn about river cane, "because it's important for me and my culture."

"I like learning, honestly it's fascinating how our ancestors lived," said Christie.

Cane used an Asian bamboo splitter and a method he called, "the Choctaw way," to demonstrate ways to work with the plant.

So little is really documented about the river cane ecosystem, Cain said.

"This changes the way archaeologists think about river cane. They thought it was everywhere, but it's dying off," he said.

"This dying off affected the indigenous people at the time and now because cane brakes are known for hunting grounds for bears, elk, buffalo and antelope. We ran off animals here by removing the river cane."

This mapping will change the way people see river cane, he said.

"Did you know Kokopelli plays a river cane flute? River cane mapping has shown it's found as far west as Arizona, east and north to New Jersey and Indiana."

There are three species of bamboo are indigenous to North America: river cane, hill cane found in the Appalachia area about 10 years ago and switch cane which is found in coastal areas, he said.

Cain started studying the plight of river cane while working on a masters degree, and is still passionate about preserving it, but adds, "I'm looking for a younger person to pick up where my work leaves off."