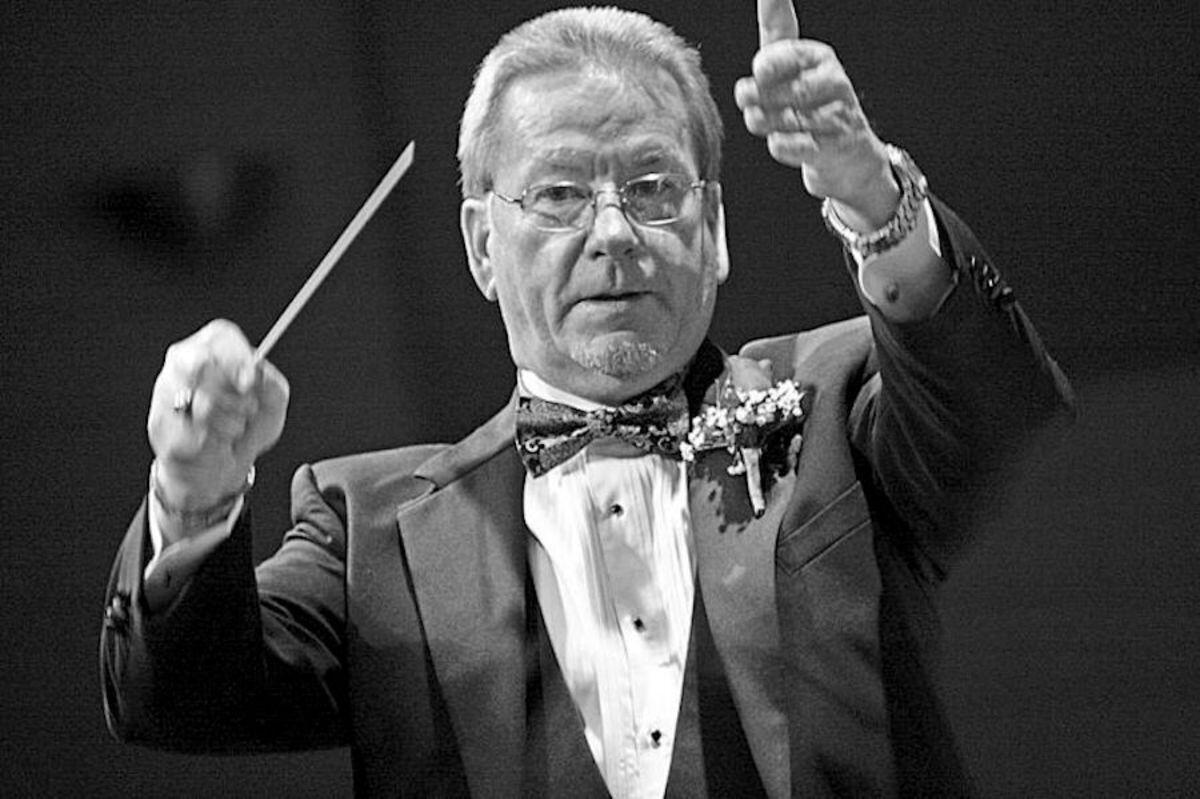 Harvey Price is beginning his 50th year as an instrumental instructor. In this 2004 photo, Price directs a Tahlequah High School Orange Express concert. 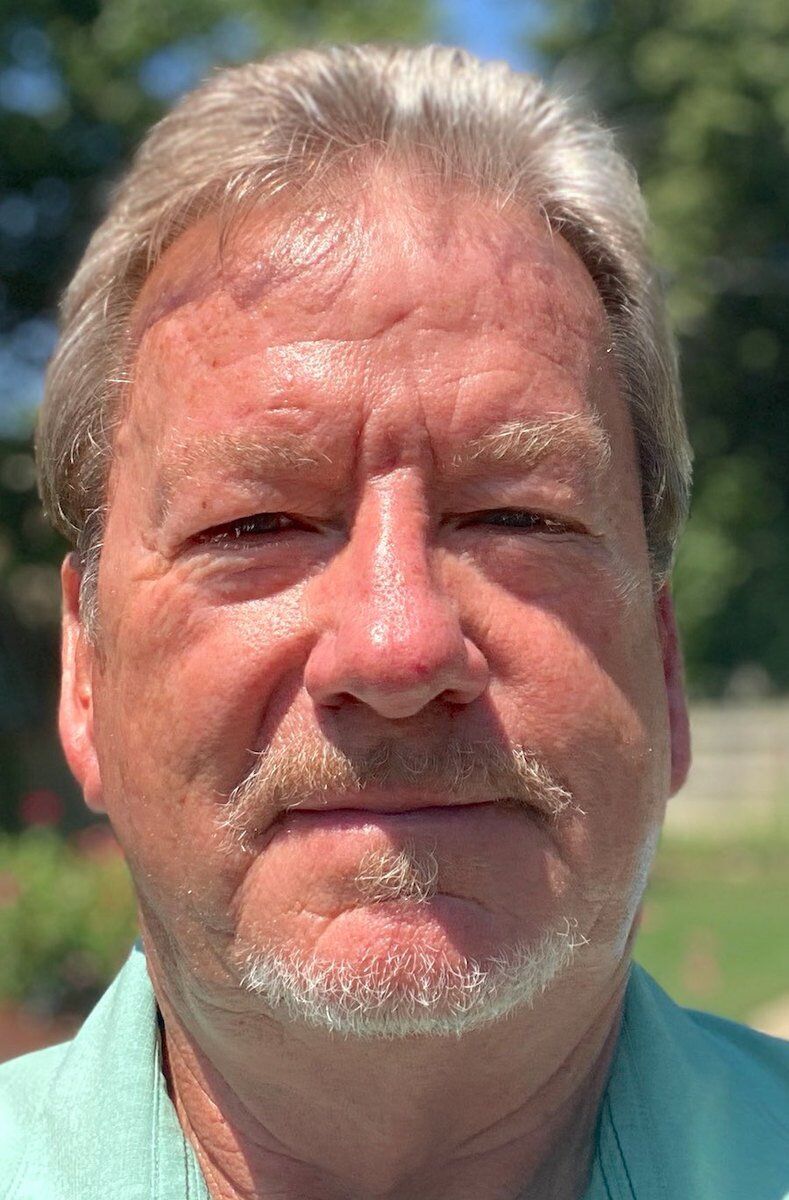 Harvey Price is beginning his 50th year as an instrumental instructor. In this 2004 photo, Price directs a Tahlequah High School Orange Express concert.

"For 50 years, this is it. I enjoy doing what I do, seeing those kids every day, and pushing that challenge in front of them," said Price, 73. "I like to see them grow in music and as a person."

Price spent seven years in Haskell's middle and high school band program, and he had six directors during that time. He credits each of them for helping develop his love of band.

"I've used some of their teaching methods over the years," he said. "I knew as a freshman in high school - when I went to an OSU band camp - I knew I wanted to be a band director."

Price graduated from the former Central State College in Edmond in 1970. His first year out of college, he began teaching band at Sperry High School and stayed there for five years.

"Sperry wanted a good band program and we worked in the same direction," he said. "I learned more from actually doing than when I was in school."

When he first started teaching band, Price said, the biggest challenge was getting students to be involved.

"You have a good program and product, the kids will be there," he said.

"Both John Pearce, the superintendent at the time, and Kelly Ross, former administrative assistant, wanted a band that would be impressive to everyone. In 1976, we named the Tahlequah band the Big Orange Express," said Price. "Throughout the years, the band has grown."

Right after retiring from Tahlequah High School nine years ago, Price decided he didn't want to stop teaching, so he moved to Grand View School.

"I'm starting my 10th year at Grand View. Time flies," said Price. "We have developed one of the best middle school bands in Oklahoma. It's been a very successful program."

He said he's been fortunate that all the schools at which he has taught have been supportive of instrumental music.

"I appreciate all the support from the students, parents, administration, friends, and the city of Tahlequah," said Price.

This year is no different in that regard, but the pandemic has changed a lot, especially for band directors.

"I've never faced anything like this in my career or my life," said Price. "We wait for the next meeting, local or state, to decide what we're changing again. We just don't know until we get started. The main thing is for everybody to be safe."

Price will not be instructing students on how to play instruments when Grand View resumes school. They will learn about percussion instruments, music theory and more, but will not use wind instruments.

He worries that students may fall behind, as they were not able to finish out the spring semester.

"There are things we would have done to prepare them for the next level," said Price. "Band is a good way to get scholarships. I was the only one out of nine kids in my family to get a college degree. If it wasn't for band and getting a scholarship, I probably wouldn't have gotten that."

After five decades, Price doesn't think children are any different than they used to be, but the stereotype of band kids has changed. He thinks media and computers have changed society as a whole, and children have more to do now than they used to.

"Kids, to me, are still kids. Most of them involved in organizations, whether band or choir or athletics. They want to do good and be in a good organization," said Price. "I felt like we were accepted, especially when you have a good program and the community likes and supports it."

During a recent meeting, the facilitator asked the group members why they are still teaching, and Price has been pondering that.

"When I started, I enjoyed music and I wanted kids to enjoy music, too," he said.

He also wanted to expose students to the world by traveling.

"I think trips are some of those things we could give kids who didn't have those opportunities," said Price. "A lot of kids don't get to go to these places. We show them places they've read about or seen on television."

Some of the places to which Price has taken band groups include Disneyland, New York City, Chicago, and Washington, D.C. While at Sperry, the band won a contest and got to march during halftime of a bowl game at the Astrodome in Houston. One of the biggest trips for Price was when the Orange Express represented Oklahoma at the 60th anniversary of Pearl Harbor in Hawaii. That same year, THS also played at a dedication for the renaming of an Oklahoma highway to the Pearl Harbor Expressway.

Price continues to take trips, as Grand View band students go places for an end-of-year celebration. They have been to Silver Dollar City, Kansas City, and San Antonio.

Winning awards is also part of a successful program. During 35 years of taking the Orange Express to the Tri-State Music Festival in Enid, they won 27 sweepstakes awards.

"It was a big contest we always looked forward to. It summed up the end of the year for all we had done. It was kind of like a big test," said Price.

Price has won many awards himself, as well, including State Bandmaster of the Year and THS Teacher of the Year. He has also held board positions and judged national music contests.

A goal for Price was to teach for 50 years.

For hobbies, he keeps active by jogging, bike riding, weightlifting, and a little bit of golf.

"My yard is my hobby, and my house. When it does come to retirement, there will be more traveling and less yard work," said Price.