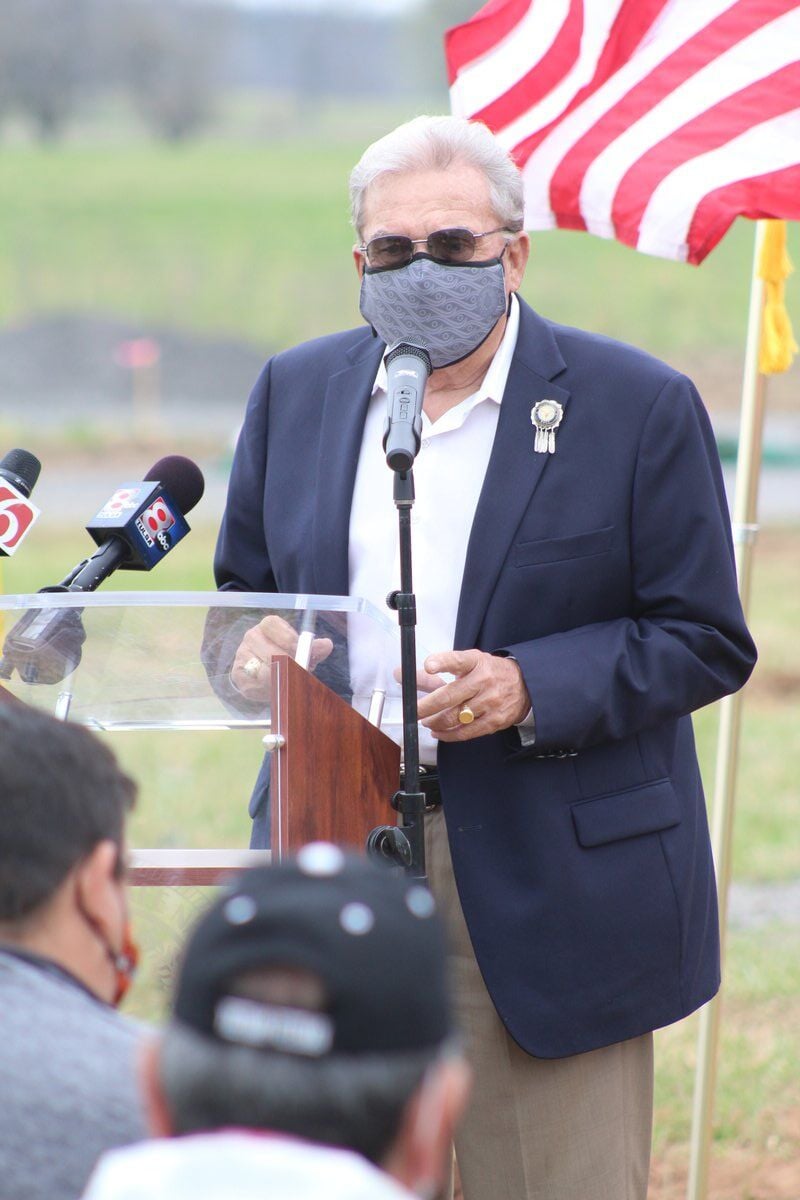 Cherokee Nation Secretary of Veteran Affairs S. Joe Crittenden delivered a prayer before a groundbreaking ceremony for a new housing addition in Tahlequah, Monday. The project is a collaboration between the tribe and the Oklahoma Air National Guard. 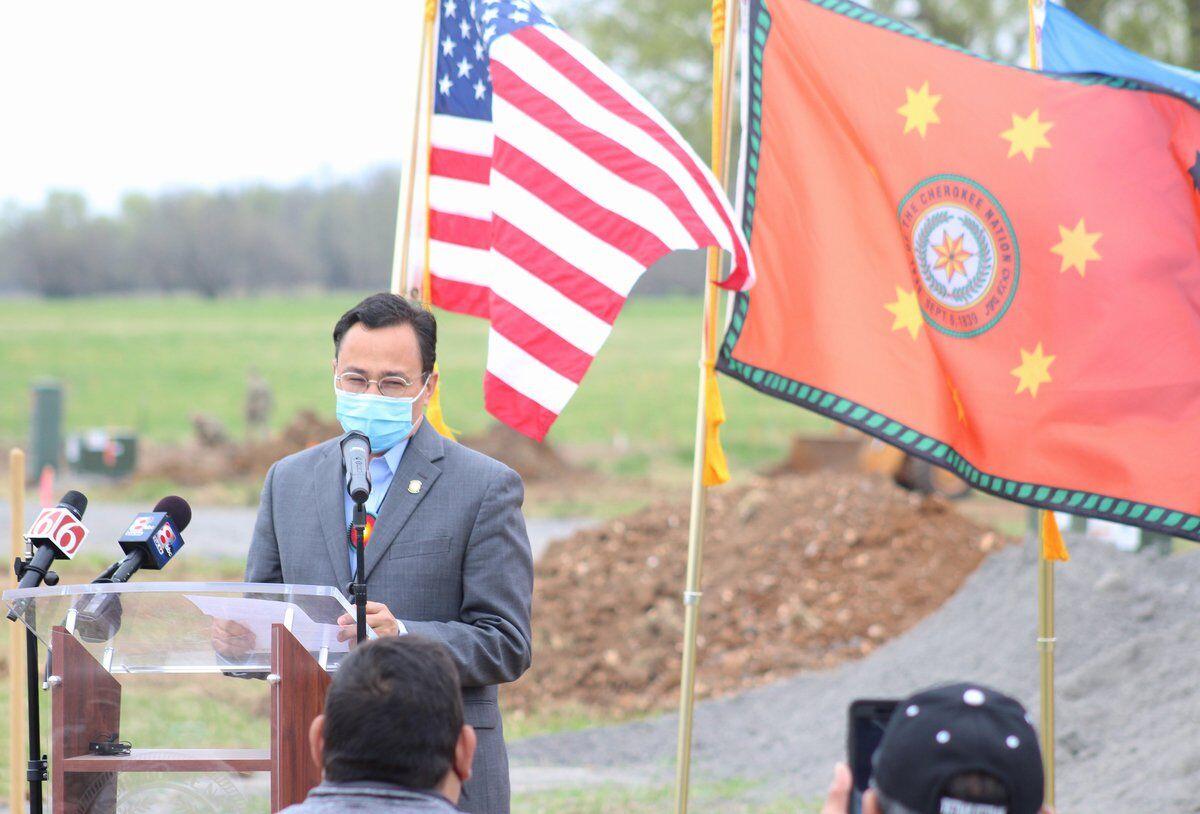 Cherokee Nation Secretary of Veteran Affairs S. Joe Crittenden delivered a prayer before a groundbreaking ceremony for a new housing addition in Tahlequah, Monday. The project is a collaboration between the tribe and the Oklahoma Air National Guard.

The Cherokee Nation and Oklahoma Air National Guard broke ground on the new Mige Glory Addition in Tahlequah Monday, after the tribe and Guard collaborated to bring 21 new homes for eligible Cherokee veterans and their families.

In the first year of the project, seven new single-family subsidized homes will be constructed, with the remaining 14 to come over the following two years. Cherokee Nation has long revered its veterans, and Native Americans have a long history of serving in the U.S. Armed Forces. For years, Natives have had the highest per-capita involvement of any population to serve in the military.

Cherokee Nation Principal Chief Chuck Hoskin Jr. said it was an opportunity to serve not only Cherokees, but those in uniform.

“We talk a lot at the Cherokee Nation and we talk a lot around the country about honoring veterans, about how we should revere our veterans, and we do so often in words and we gather in ceremony, but we also ought to do so in deeds,” he said.

While the tribe and OANG broke ground on the site, construction has already started and pipes are in the ground, with expectation for housing pads and framing in the coming months. Hoskin said the housing addition will better fit the needs of veterans who are either homeless or are living in poor conditions.

“We also know there are jarring statistics on veteran homelessness, and that is why we focused on this project over the past few years,” said Hoskin. “Disproportionally, Native veterans are among the homeless veteran population, and the more we can do in the area of housing – whether it’s emergency rental assistance or this type of long-term housing solution – the better, and we should keep focusing on solutions.”

The homes will be constructed by personnel from the Oklahoma Air National Guard, the Army National Guard, the Navy Reserve and the Air Force Reserve Command, participating in the Innovative Readiness Training program. The IRT program offers construction, medical, cyber, and other aspects of training.

The project will see 800 different engineers rotate through the construction site, said Master Sgt. Mitchell Sisco, operations manager for the IRT program and a Cherokee Nation citizen from Tahlequah. They will receive hands-on, real-world training.

For Sisco, the new project means more than others he’s worked on in the past, since he helped spearhead it.

“We did this in 2016 in Montana,” he said. “We built homes for veterans there, and after that project, I realized that if we can go to Montana to build homes, we can build them right here in Oklahoma.”

The tribe provided 30 acres for the project, and the Housing Authority of the Cherokee Nation is providing materials and other basic services for construction. The House Authority will manage the property, and in the future, will open up the application process to Cherokee veterans.

Sisco said homelessness within the veteran community is nothing new.

“It’s more of an epidemic than a condition; it’s terrible,” Sisco said. “To be able to give something back, in the grand scheme of things, this is kind of small scale with 21 homes, but it can be the difference between life and death for some of these veterans and their families to have safe, stable living conditions.”