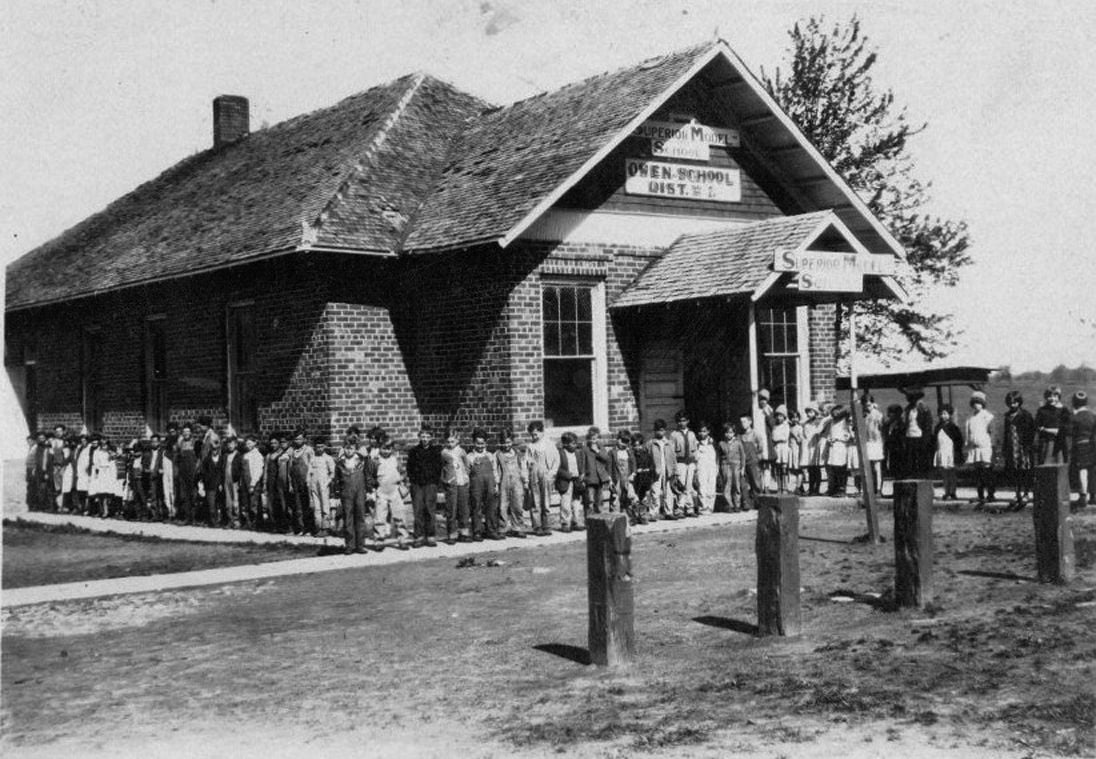 This photo of Owen School in Park Hill were posted on the Facebook page, “You Might Be From Tahlequah If....” by Jennifer Sparks. The photo shows children lined around the “Superior Model School” and was taken in 1931. 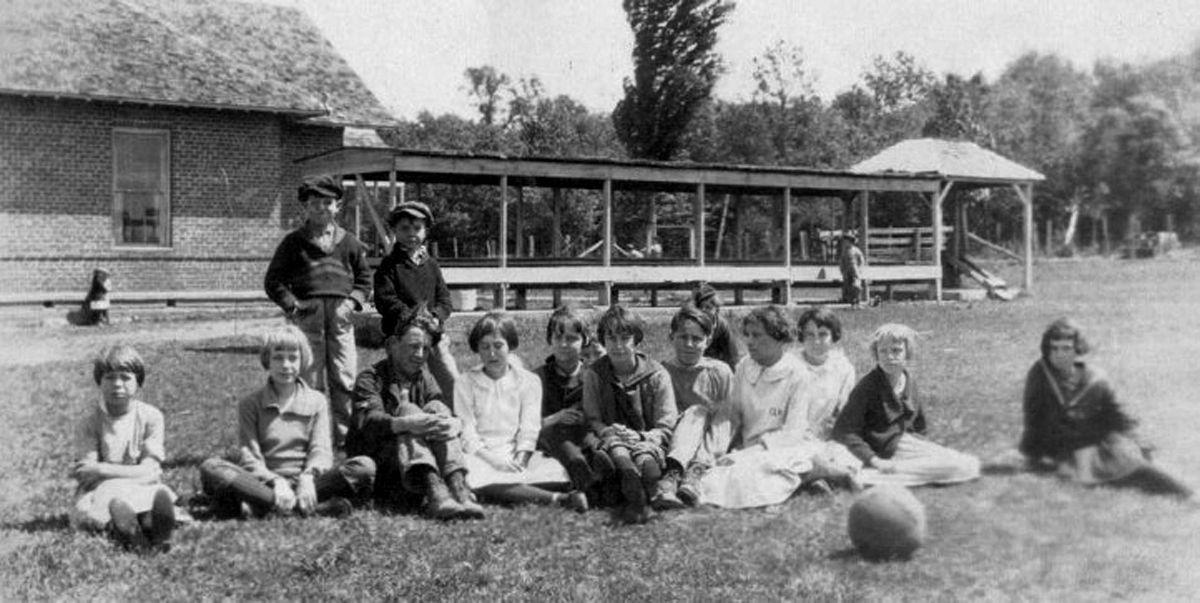 This photo of the Owen School playground in Park Hill was posted on the Facebook page, “You Might Be From Tahlequah If....” by Jennifer Sparks. It dates to about 1922.

This photo of Owen School in Park Hill were posted on the Facebook page, “You Might Be From Tahlequah If....” by Jennifer Sparks. The photo shows children lined around the “Superior Model School” and was taken in 1931.

This photo of the Owen School playground in Park Hill was posted on the Facebook page, “You Might Be From Tahlequah If....” by Jennifer Sparks. It dates to about 1922.

Many school buildings have risen and fallen in Cherokee County over the past couple of centuries. The first school in Tahlequah once stood about where the old city swimming pool is today.

Several old schoolhouses still exist and are in use in the education field, but other school buildings have been repurposed after outliving their usefulness as education venues. The Moodys Store is an example; it was once the Moody School, one of 60-odd schools scattered throughout Cherokee County before the trend toward consolidation.

Though the Lincoln Negro School was first built to enforce ethnic segregation in the city, it is now the administration building for Tahlequah Public Schools and is protected as a piece of local history. TPS is headquartered in a building of native stone construction that is similar to much older structures, but it only dates to 1937-’38.

A nomination to the landmarks inventory of the Oklahoma Historic Preservation Society describes the building condition and its masonry as “excellent,” with a roof that is “gabled with one step” and a south main entry that is “recessed in an archway.” The windows, which are not original, reach the eaves.

It goes on to mention the annex where the school board meets: “On the northwest corner a cinder block addition has been attached. The alterations, unfortunately, impeach the integrity of the structure.”

The nomination states the school was built by black laborers seeking employment during the Great Depression, and that it “enhanced the quality of education for the segregated youngsters it served, replacing a condemned wood frame structure.”

Tahlequah historian Beth Herrington remembers students in the school after segregation, adding that the restrooms were in much the same bad shape as when the site functioned as Lincoln School.

“When they were building the Sequoyah and Cherokee Schools in ‘57 and ‘58, they removed all the junk they were storing in Lincoln School and the fourth grades were housed there for a year,” Herrington said. “There were two rooms, and the one to the north had a raised platform that served as a stage.”

Herrington also mentioned White Oak School in the community of Qualls. The building is still in use, but not publicly.

“Last time I drove by there, it was being used for farm storage,” Herrington said. “Not long after we moved to Tahlequah in 1947, my dad went there at the request of Zeke Chapman, who was superintendent at the time.”

Herrington said the White Oak teacher was the elderly Jane Anna “Janana” Ballard Lamar, who served as a “critic teacher” at Northeastern State University when it transitioned from a Cherokee seminary to a state normal school for educating teachers in 1909.

“The school had first through eighth grades, and she was getting to where she couldn’t manage them all,” Herrington said. “My dad thought it over until Christmas, then agreed to finish out the year. He taught there for five-and-a-half years.”

Two beautifully restored schools are in Park Hill. The John Ross Museum is housed inside the No. 51 school building, which opened in 1913 and closed during the 1950s. It was often called Ross School. The Cherokee Nation embarked on a renovation project in 2011, transforming the structure from a dilapidated graffiti target into a remembrance of the life of John Ross, who was principal chief at the time of the Cherokee removal.

The Owen School is now the Park Hill-Owen Community Center. It sits across from the Cherokee Heritage Center, and before the renovation, it was used for storage and difficult to even see from South Keeler Drive. Like No. 51, Owen School opened in 1913, but closed around 1970.

An Owen alumna was Lockheed Martin Skunk Works engineer Mary Golda Ross, who worked on preliminary rocket designs that were applied to the manned moon missions. She died in 2008 at age 99.

A restoration was spearheaded by members of the Park Hill Community Organization, including Al and Frankie Herrin, Billie Parris, and Jack and Marilyn Girdner. The civic group repaired the building, replaced wiring and added climate control.

While many school buildings have been torn down, others lay fallow. An example is one of the schools for the Combs area, just past Green River Floats on Highway 10. Only the walls remain – plus a dilapidated water mill wheel installed when the site was to be used during the filming of the remake of “Where the Red Fern Grows.”