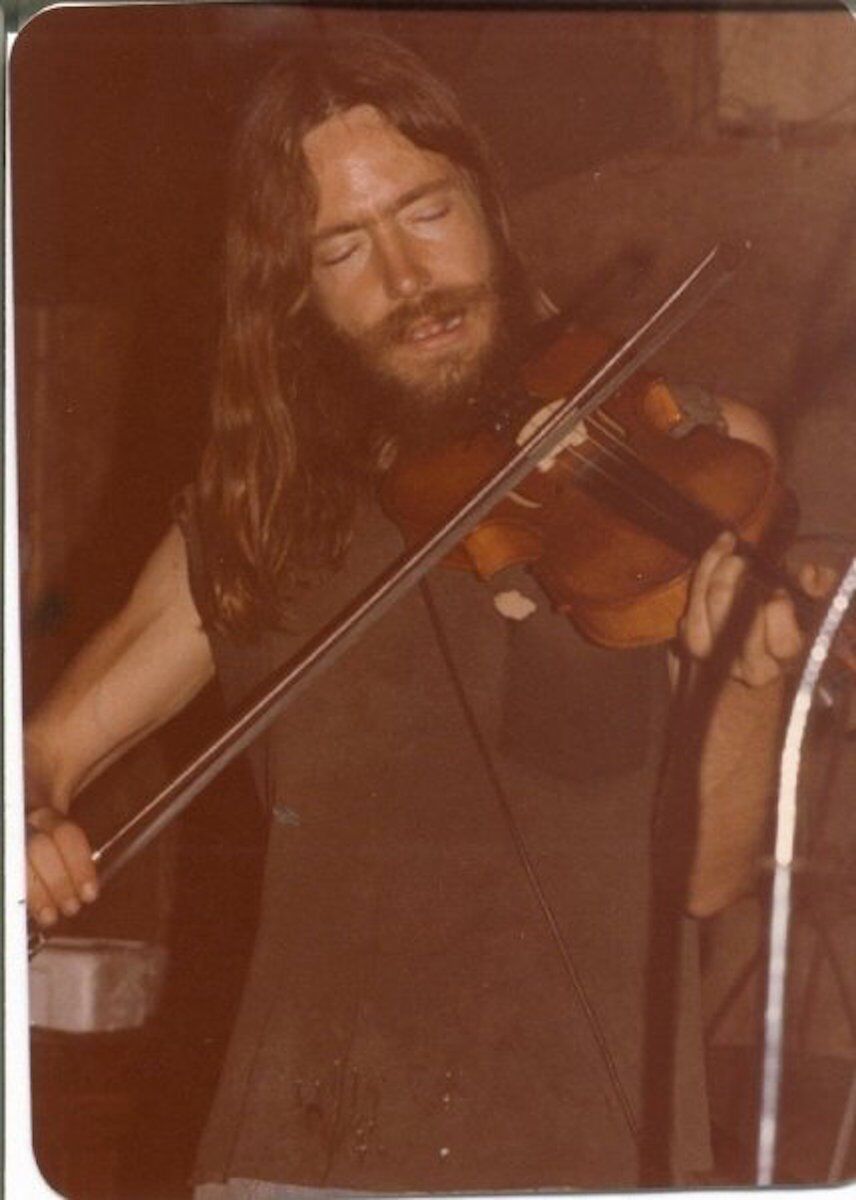 Randy Crouch was among the musicians to perform at the Squeeze Inn in Tahlequah. 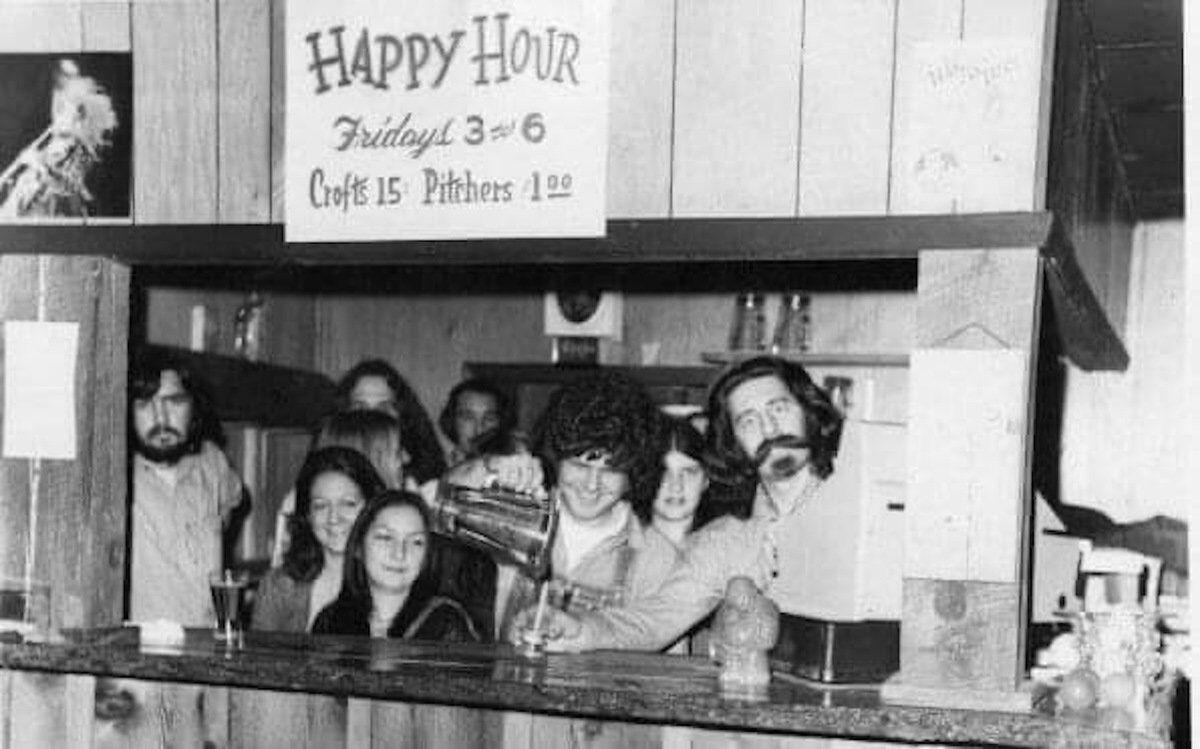 John Thomas pours a drink with others behind the bar at the Squeeze Inn in Tahlequah. 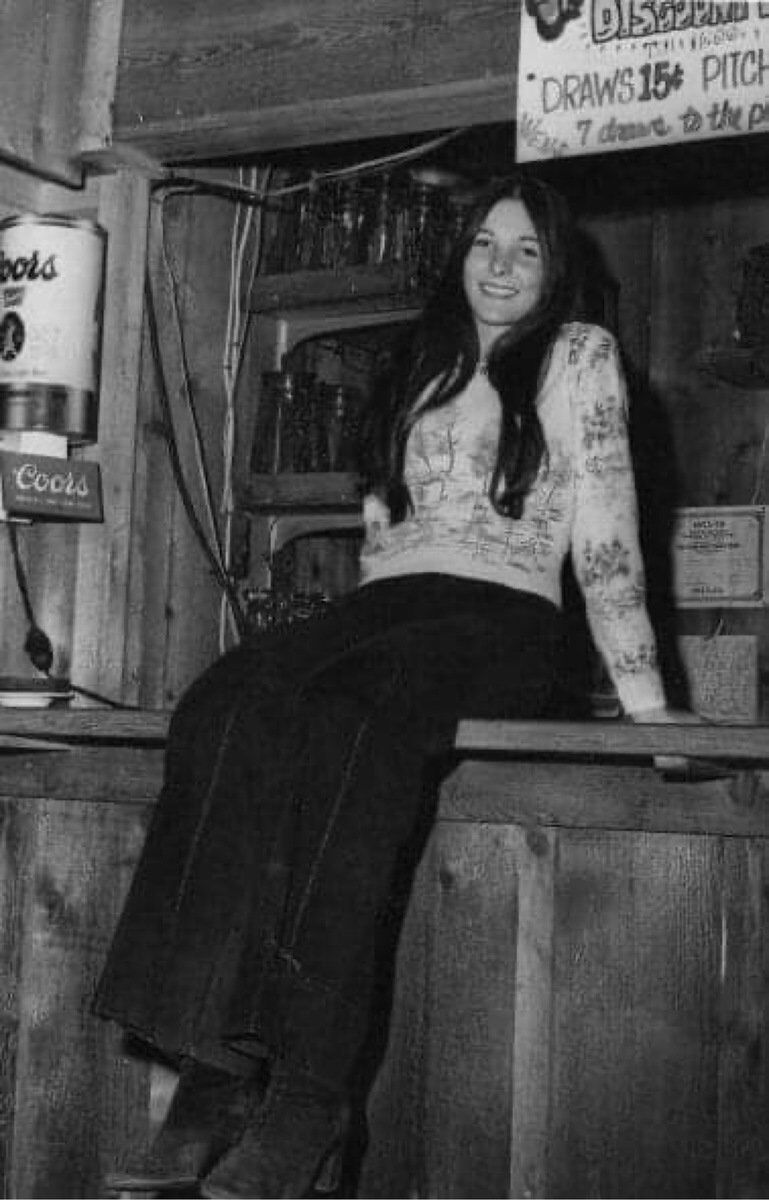 Karen Hereford-Thomas sits on the bar at the Squeeze Inn in Tahlequah.

Randy Crouch was among the musicians to perform at the Squeeze Inn in Tahlequah.

John Thomas pours a drink with others behind the bar at the Squeeze Inn in Tahlequah.

Karen Hereford-Thomas sits on the bar at the Squeeze Inn in Tahlequah.

It was 1971 when John Thomas peered through the windows of an old, shuttered burger joint on Muskogee Avenue and had a lightbulb moment.

“When I came over to Tahlequah and looked in the windows of it, I saw the tables, the bar and the taps, and it was instantaneous. I had never given any thought of opening a bar at all, and I just thought, ‘This would make for a great Squeeze Inn bar,’” Thomas said.

He had been living in Norman, where he had a sandwich shop. Not far from Thomas was another bar called the Squeeze Inn, although it was a smaller location than what he found in Tahlequah. Wanting to move closer to his young son, who lived in Muskogee, Thomas packed up his things and began working to improve the old restaurant, making lease payments in a rent-to-own setup.

Thomas and his short-term partner installed a state-of-the-art sound system, put in bar stools, started slinging submarine sandwiches, and on opening night, they gave away free beer. The distributor from which Thomas received his beer was astonished at the amount, as he said Squeeze Inn gave away around 30 kegs of ale on its first night.

Folks around town thought Thomas was a rich kid who opened a bar to make money, hand-over-fist. It was never about making money to him, though, as times were changing in the 1970s.

“We were in a political movement and things were going on in the country,” he said. “There were a lot of changes going on. I had long hair and went through the hippie phase. I thought I was part of a culture change, and I was helping do my part over here.”

For the first year, the bar only played albums off the turntable Thomas installed. It wasn’t until the second year that they erected a small stage and started having live music at the venue. They also closed down the kitchen and knocked down one of the walls to allow for more seating, as customers came from all over the area to hear the tunes.

Some of the musicians to perform at the Squeeze Inn included Don White, Debbie Campbell, Willis Alan Ramsey, The Turkey Mountain Troubadours, Steve Pryor and Randy Crouch, and many more.

Long-time locals have fond memories of "The Squeeze."

“It was like a Stillwater bar,” said Kathy Tibbits, who visited the Squeeze Inn a couple of times. “Stillwater bars were kind of rough in the sense that people got up to dance, and they’d spill their beer, but it wasn’t threatening or dangerous in any way. It was just the kind of place for recreation – what can I say?”

This all took place not long after the civil rights movement started. And although peace protests and events had started by then, Thomas said racism was still an issue, just as it is today.

“So there were a couple times on Sundays that I rented it out to the Black fraternity and sorority here in Tahlequah,” Thomas said. “They would come in and move the tables back, bring their own records for me to play, and they’d dance and have a great time. You didn’t see any of those students at any of the local bars, because the Squeeze Inn and Granny’s Attic – a lot of the little bars around here probably wouldn’t have been a comfortable situation for them to go in at that period of time.”

The Squeeze Inn started to pack in the people, becoming a popular place for them to listen to music and enjoy a cold brew. The sound became an issue at one point, though.

Thomas said the owner of the bookstore across the street – the Redmen Shoppe – told him the noise was disturbing the community, so they boarded up the windows to keep the sound in. The music was so loud that Thomas said he has hearing damage to this day. While those who visited the Squeeze Inn loved the ambiance, it took time to win over some of the community members.

“They didn’t like it; not all of them,” he said. “They didn’t mind seeing a long-haired kid walking down the street in Tahlequah back then, but to see a whole bunch of them in one area, filling up the parking lots and walking across the streets – that worried some of the older people at the time. The ones who got to know the people who worked there, they realized it was basically harmless.”

It wasn’t just community members who were unhappy with what was taking place at the Squeeze Inn. One day a representative of a vending company out of Muskogee approached Thomas. While he has no way to factually prove it, an attorney who looked into the company for Thomas told him it showed signs of having connections to the Chicago mafia.

Shortly thereafter, Thomas understood why the man said that. As the story goes, a week or two after the visit, his doorman came up to tell him the police were there and were coming in to do a sweep of the bar. Thomas admits he wasn't particularly thorough when it came to checking IDs, and he said a young woman who looked to be of age – and was a relative to someone in law enforcement – was sent into the bar. She was only 17, so the police shut down the bar and yanked the license off the wall as they left.

“That’s when I got visited by the vending guy again, who said, ‘If you get our equipment in the bar, we’ll give you a better split than we give anybody, and you won’t have this problem anymore. At least you’ll get a phone a call,’” Thomas said.

So Thomas agreed to do business with the vending company. They bought the pool tables and received 40 percent of the proceeds. He said he wanted the bar to keep going and didn’t want to get thrown in jail, or worse.

“So I did it,” he said. “I was kind of blackmailed, in a way, or forced into doing it. But that’s what happened and it worked out. Everything was peace and love after that.”

Thomas said after that night the police took his license, every now and then, he would received a phone call, and shortly thereafter, police would come do another sweep. He said they never arrested anyone, though, and would always ask those who looked older for their IDs.

Thomas ran the bar for several more years before selling it. He only returned one time after that, to promote a band by the name of Tulsa. While he still regrets it, he said it was too painful to go back into the Squeeze Inn, since that’s where he made lifelong memories and friends, and where he met his wife.

What he misses most of all were the people.

“Seeing people partying together, having a good time, enjoying the music – you know, you weren’t supposed to dance in a beer bar during that time," he said. "Well, you could stand up and boogie all you want.”