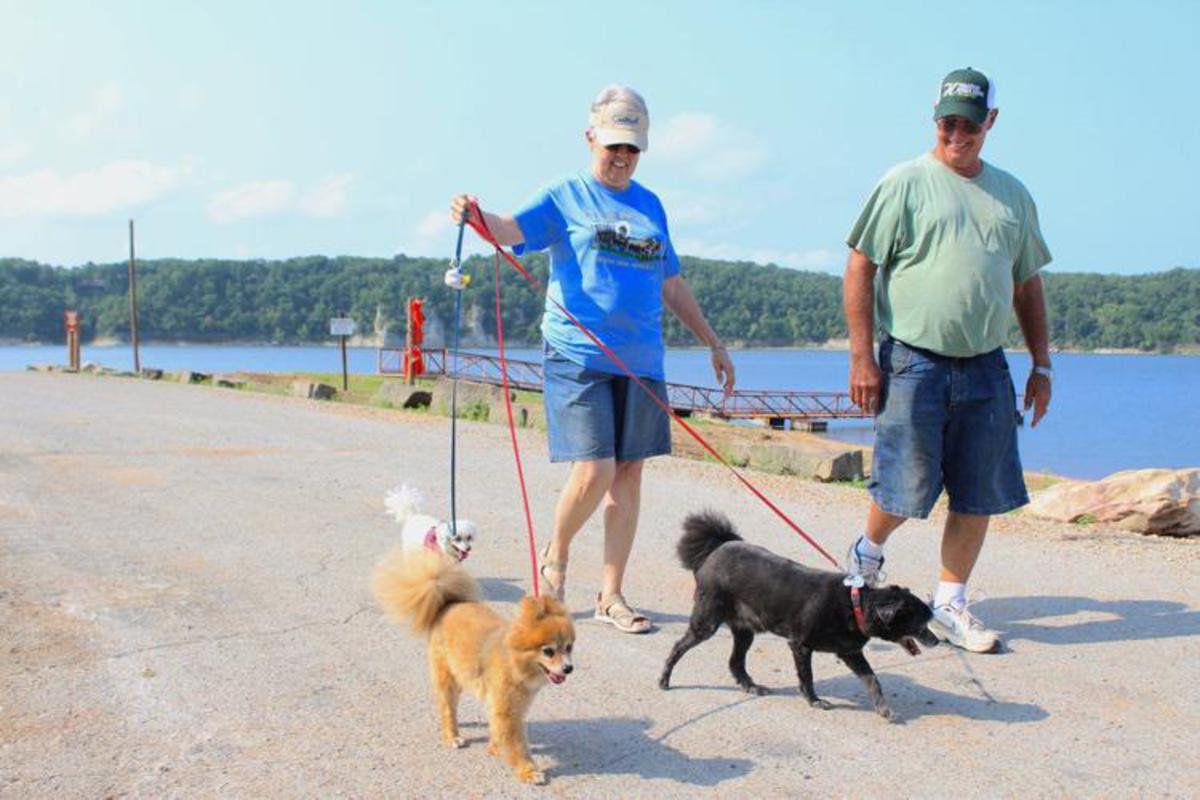 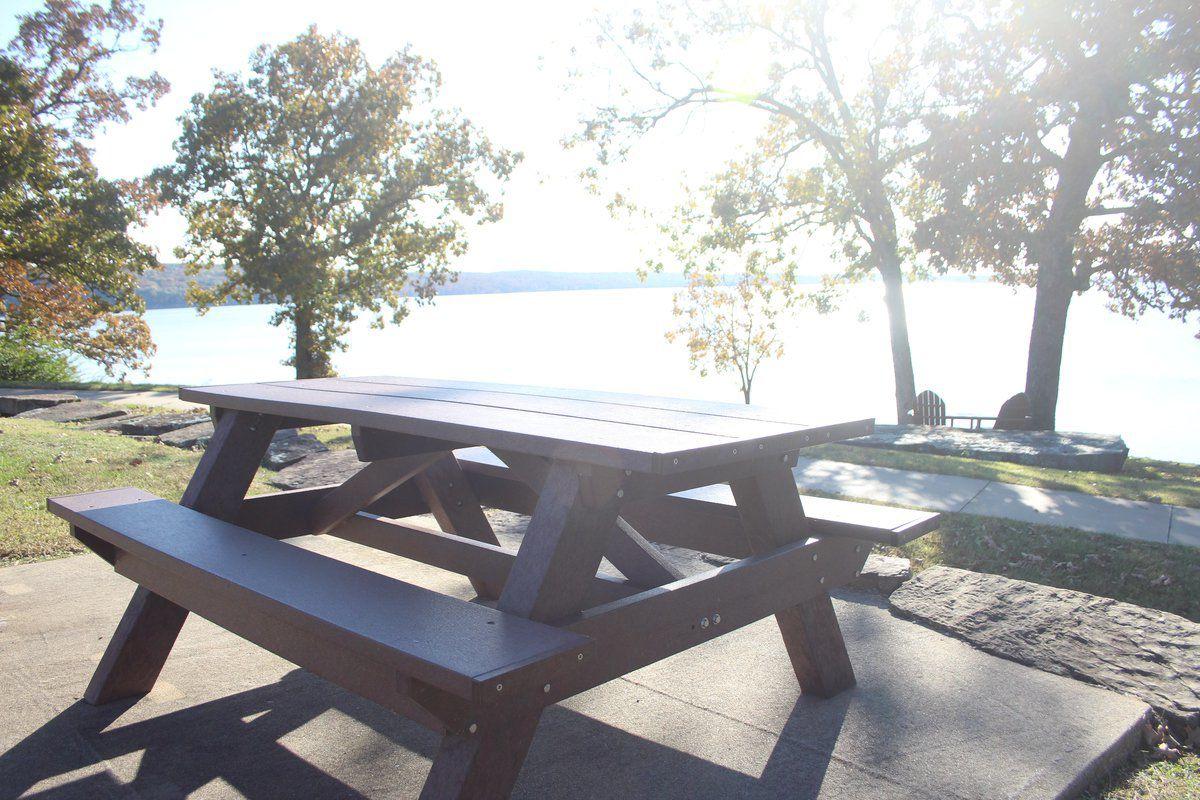 Benches are positioned throughout Sequoyah State Park for people to sit.

Benches are positioned throughout Sequoyah State Park for people to sit.

The Oklahoma Tourism and Recreation Department's decision to charge state park visitors admission fees beginning this spring has drawn mixed reactions in Cherokee County, with a number of tribal citizens saying access should still be free to Natives.

According to reports, Executive Director of Oklahoma Tourism and Recreation Department Jerry Winchester said nearly 52 of the state's 117 park entrances will charge visitors $8 to $12 per vehicle, and Tenkiller State Park and Sequoyah State Park are expected to be among them. Officials say the money will help with upkeep.

Oklahoma's 33 state parks attract approximately 9.3 million visitors a year. A park's yearly attendance fluctuates due to weather, but at Tenkiller State Park, around 450,000 people visit every year, according to Les Pulliam, park manager. With no shortage of visitors - but a shortage of dollars, as the Legislature has cut funding to state parks in recent years - Pulliam said the park has had to use more volunteers.

"The agency, I read, has taken a 39 percent cut over the last number of years," he said. "However, I know the parks division of the agency has taken the biggest portion of that. The last I heard was that we had taken a 54 percent cut in our budget since 2009, so we've taken some extreme budget cuts."

The state department hopes to bring in an additional $40 million annually over the next few years. Officials estimate that state parks can cut costs by about 15 percent next year and collect 60 percent more revenue in the next two years. The new entrance fees, which Winchester does not need legislative approval to institute, is estimated to generate about $8 million to $10 million for repairs and upgrades to infrastructure.

"When the budget cuts hit, we can't repair anything," said Pulliam. "We basically mothball it and try to save it. Then you do that every year and the quality of the structures in your park goes downhill quickly."

Just two years ago, the Legislature flirted with the idea of a budget cut that could have closed most parks. The tourism department even created a list of 16 parks that would have wound up on the chopping block if the hypothetical 14.5 percent cut taken place. Cherokee Landing State Park, less than 20 minutes from Tahlequah, was included on the list, but the closings never came to fruition.

"I haven't heard whether or not Cherokee Landing will be include in [new entrance fees], but I would assume that it would be, because we are set up for an entrance fee with a new office on the road there," said Pulliam.

Pulliam said the two state parks on the Lake Tenkiller have hard-working staffs that try their best to keep the parks in shape, but the new entrance fees could be a big help.

"We do not have a dedicated source of funding, like Missouri and Arkansas do, for improvement in the parks," he said. "That's why I see this as one viable way to help us achieve those goals and raise these parks back up to the levels guests and residents deserve."

On the shores of Fort Gibson Lake, Sequoyah State Park is preparing to implement new entrance fees as well. While parks are not yet aware of the cost or how visitors will pay their fees, the initiative will help employees cover costs of facilities they typically don't make money on.

"The information that our director sent out pretty much stated we get a lot of visitors coming to the park and utilizing the facilities that we don't ever get any money out of," said Sequoyah Park Manager Tony Presley. "They use our comfort stations, they use the facilities, they leave trash. It all has a cost to us, so we're trying to get some of that money back by charging entrance fees."

The state could offer Oklahoma residents discounted rates, or annuals passes. The new fees come at a time when the tourism department is trying a few techniques to earn more money. In September, officials announced that rates for recreational vehicle and tents increased by $2 to $16 per day at all parks. Meanwhile, water and sewer hookup charges also increased by $1 each per day.

"You'll see more of what we call dynamic pricing now," said Presley. "If you ask me today what it's going to cost you to camp on Nov. 30, I'll have to go look it up, because it's not going to be the same all of the time. It will be just like a hotel or motel. If you go during a busy time, it's going to be a higher price."

The idea of entry fees to Oklahoma State Parks has been supported and opposed by many. The Daily Press asked readers for their opinions on the matter in a Facebook Saturday Forum, and Stephani Kaufman Bayhylle called it a great idea.

"National parks charge an entry fee so they can pay for the upkeep," she wrote. "It always surprises me how everyone wants nice things, but no one wants to pay for it. If you're against an entry fee, then I'll expect you to be volunteering your time and money to keep the parks clean, updated, and maintained."

Some forum participants stated that residents have long contributed to maintaining parks through tax monies paid, and should not have to pay to enter the parks.

"Perhaps lawmakers should consider properly funding our state parks, rather than just going to their usual, lazy, and favorite go to… of raising taxes of the charging of fees," said R.J. Williamson.

A large portion of state park visitors come from out of state. Steven Burdine said charging those people would be fine, but not for local residents.

"Many locals use lake access through state parks on a daily basis," said Burdine. "It's not a once-a-year visit."

Several people suggested the parks be handed over to the state's various tribes to let them handle upkeep. A number suggested that since most of the land in question once belonged to tribes, Natives should be exempted from paying. A few people pointed out that fees could deter low-income families from visiting parks, and that for many people, it's the only vacation they can afford.

"I don't believe that parks should charge entry fees to anyone," said Charli Barnoskie. "I am a single [parent] of three and a full-time student. We visit state parks at least three times a week in a season. This would keep us from doing so."

In an online poll at www.tahlequahdailypress.com, readers were asked whether parks should charge a fee. Of the 65 respondents, 24 said state parks should be free to anyone; 11 said out-of-state visitors should be charged entry fees, but not Oklahomans; eight said everyone should pay entry fees, except for Native tribal members; 20 people said everyone should pay a reasonable fee; and two respondents were undecided.

For more comments on state park fees, go to www.facebook.com/tdpress and scroll down to the Nov. 2 Saturday Forum. Other comments were posted earlier on the timeline.