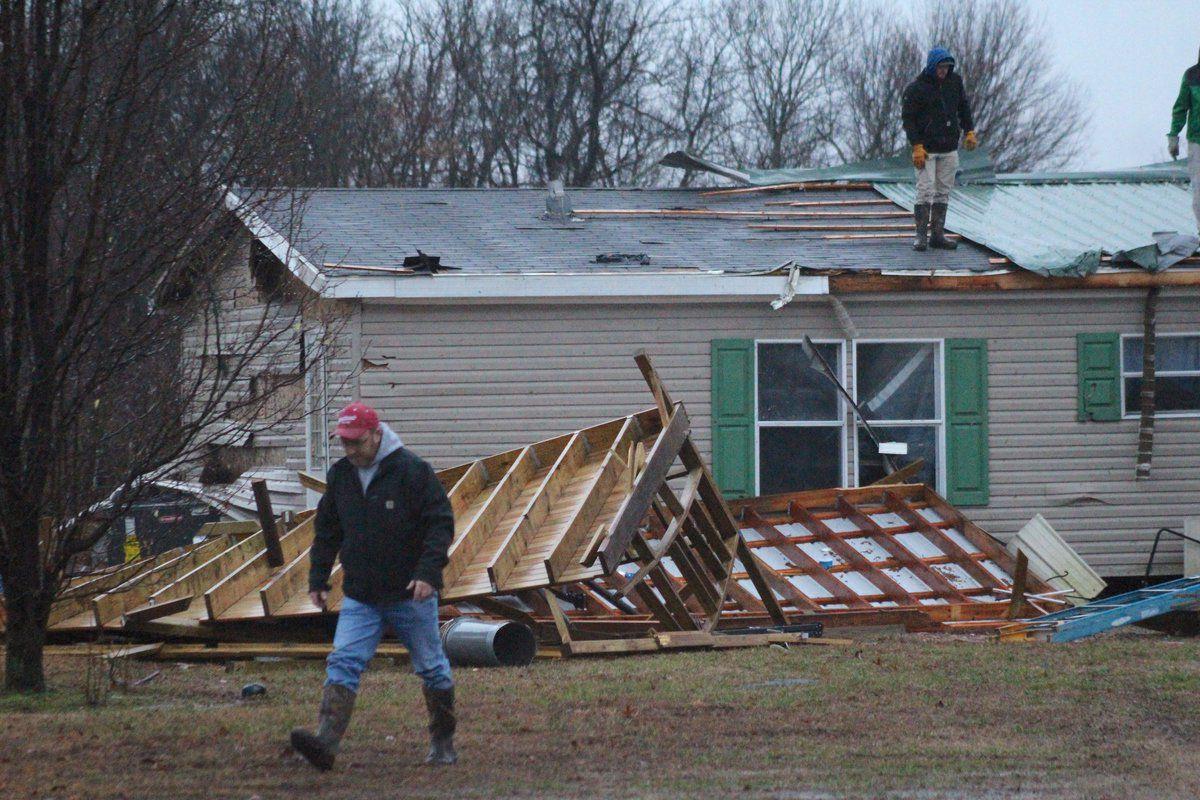 Cherokee County Commissioner Clif Hall walks back to his truck while helping Park Hill/Keys locals repair a roof on W. 830 Road, where a tornado landed Friday. 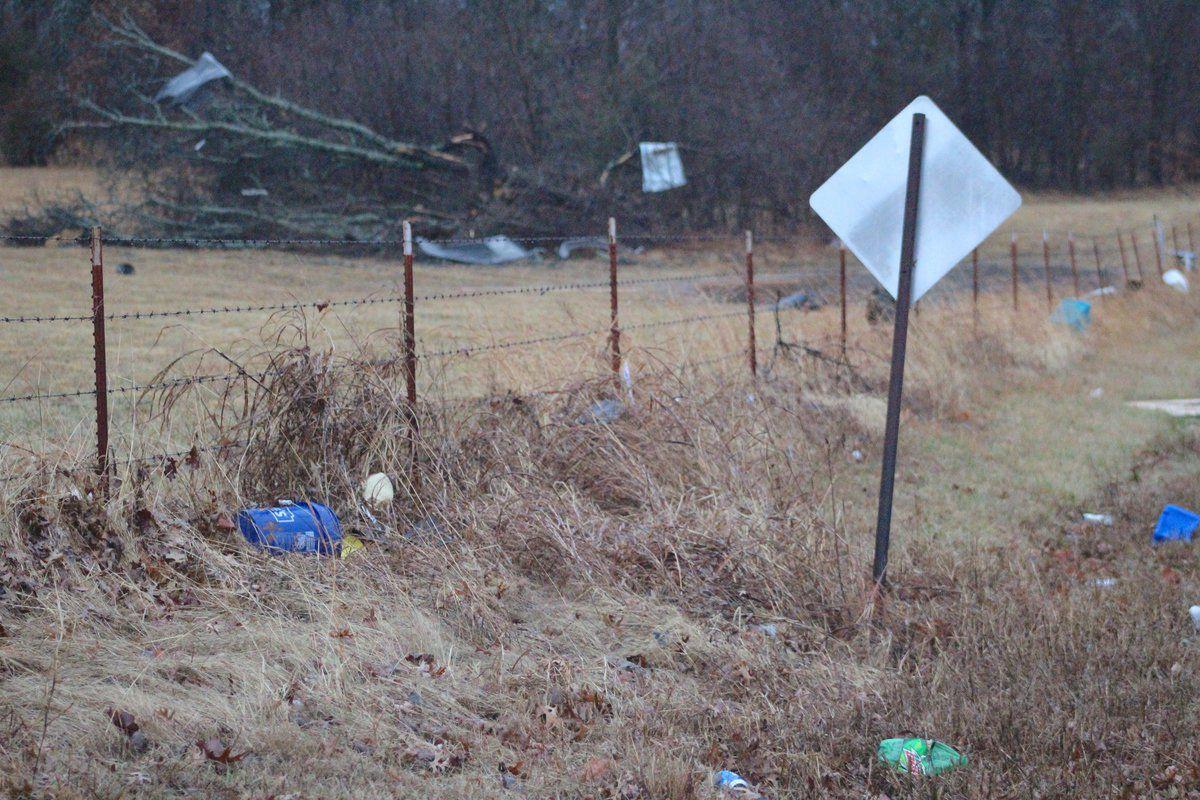 A Friday tornado that landed on W. 830 road in the Park Hill/Keys area knocked down trees and spread debris throughout fields after damaging a nearby house. 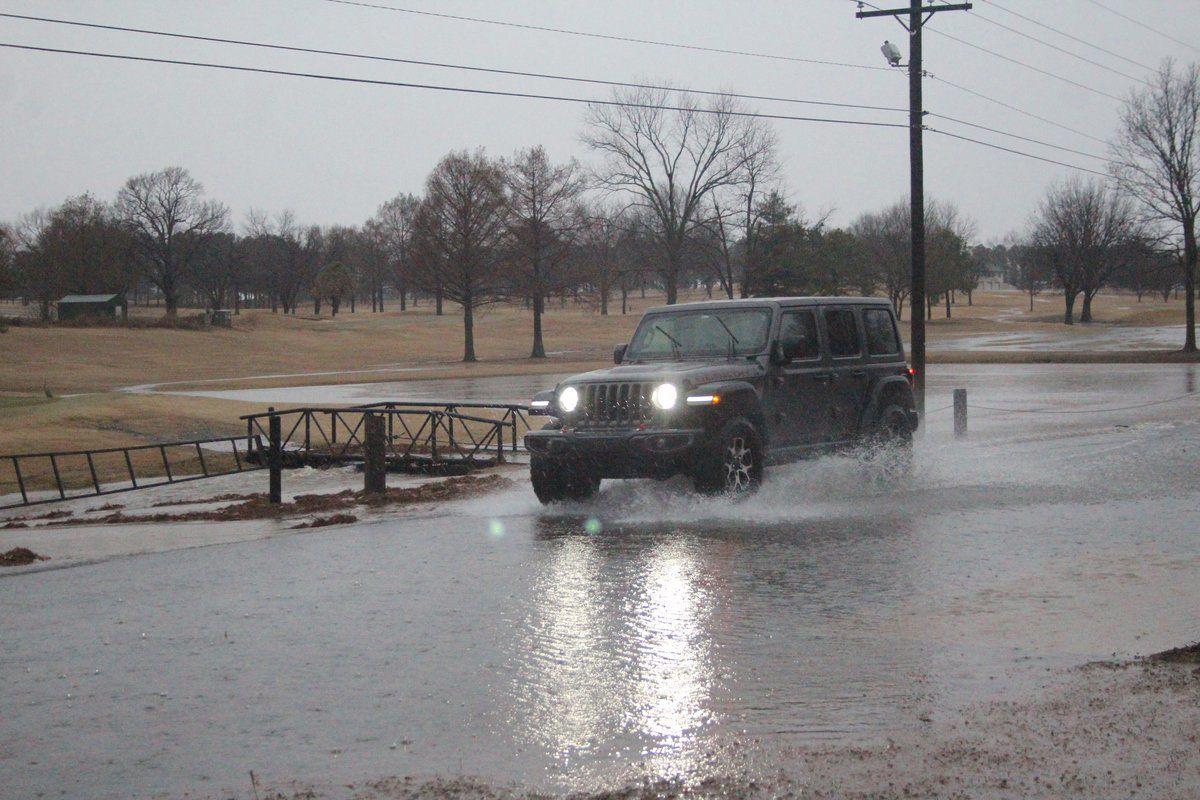 Cherokee County Commissioner Clif Hall walks back to his truck while helping Park Hill/Keys locals repair a roof on W. 830 Road, where a tornado landed Friday.

A Friday tornado that landed on W. 830 road in the Park Hill/Keys area knocked down trees and spread debris throughout fields after damaging a nearby house.

The Cherokee County Sheriff’s Office confirmed the sighting of a tornado on top of Park Hill Mountain Friday afternoon as torrential rains hit the area.

Sirens sounded just shortly before 3 p.m., indicating a tornado was on the ground and that residents of Tahlequah and the surrounding area needed to seek shelter immediately. Dispatchers reported some sirens in the city were not working.

Emergency Management Director Mike Underwood said he experienced technical difficulties when he first activated the sirens from his office. However, he was able to get them up and running from his work truck.

Sheriff Jason Chennault said his deputies were out and about to assess the damage, along with Keys Fire Department personnel.

“They were able to track the path it took and there was minimal damage, but there is damage from this storm,” Chennault said.

Keys FD and District 3 County Commissioner Clif Hall were out in the area in the storm's wake and cleaned up what they could. Chennault said certain roads are not passable due to high water, rather than debris.

Hall said he was aware of structural damage on West 830 Road in Keys. He said everyone in that house was reportedly OK.

District 2 County Commissioner Mike Brown reported water runoff and crews were having to wait it out due to more rain in the forecast. He said his crew was putting up signs and barricades.

“Flooding in areas that normally do not flood is occurring. Waters will continue to rise from pasture runoff into creeks,” Brown said. “The waters will have to recede before we can get some of our equipment in to clean up the roads and fix the washed-out areas.”

Power outages were reported throughout Tahlequah and Cherokee County. Tahlequah Public Works Authority said in a Facebook post crews were aware and they were working to restore the power.

Several tornado warnings were issued throughout the day in neighboring counties, including Adair, Delaware, Mayes, Muskogee, Sequoyah, and LeFlore.

Underwood said there are bound to be more reports of damage as residents return to their homes. He has advised those who have structural damage to call EOC and leave a message. That number is 918-456-2894.

Heavy rain will continue into early Saturday morning before temperatures drop below freezing.