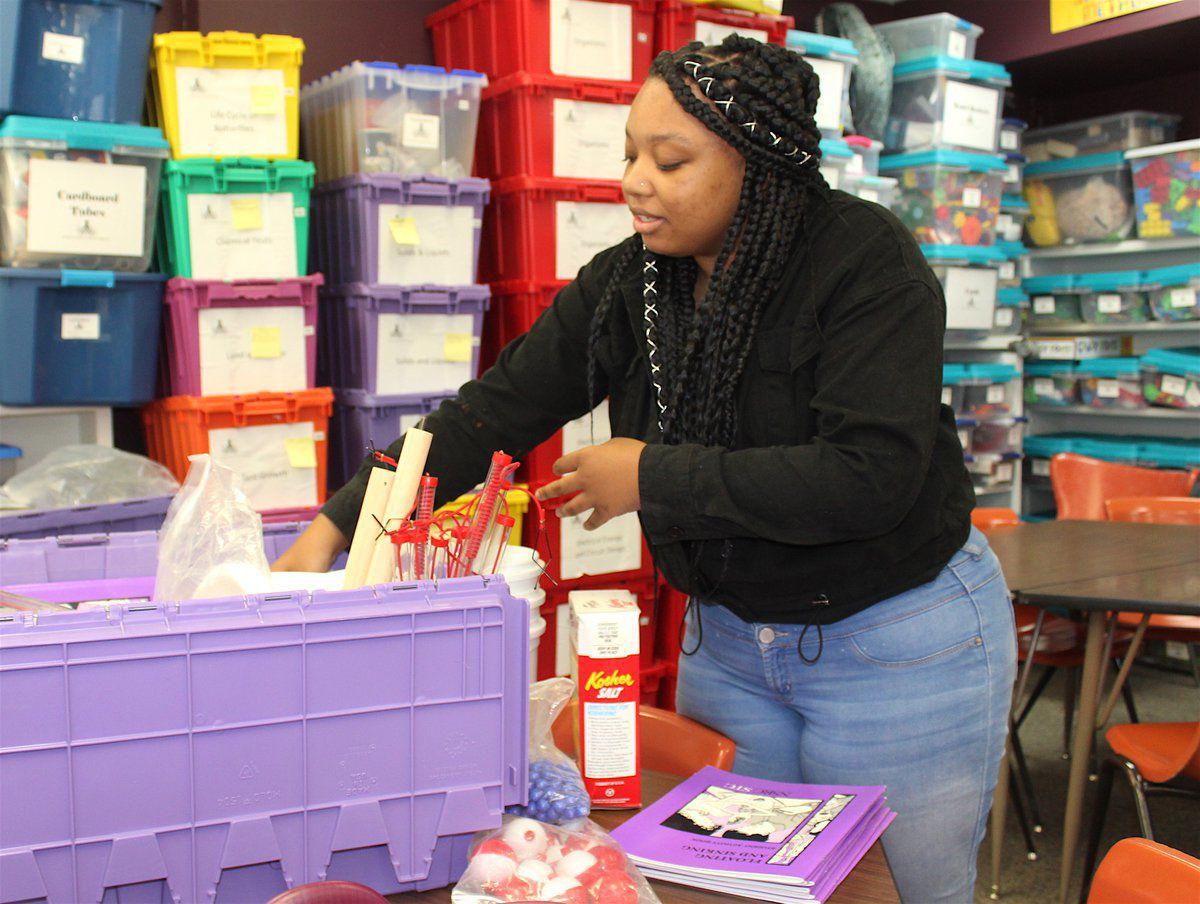 Mayliah Walton, a freshman from Tahlequah, packs up a box in the Robotics Academy of Critical Engagement room at Northeastern State University's Bagley Hall. RACE has outgrown the current space, and it and a portion of the science department are moving to the former Special Services building 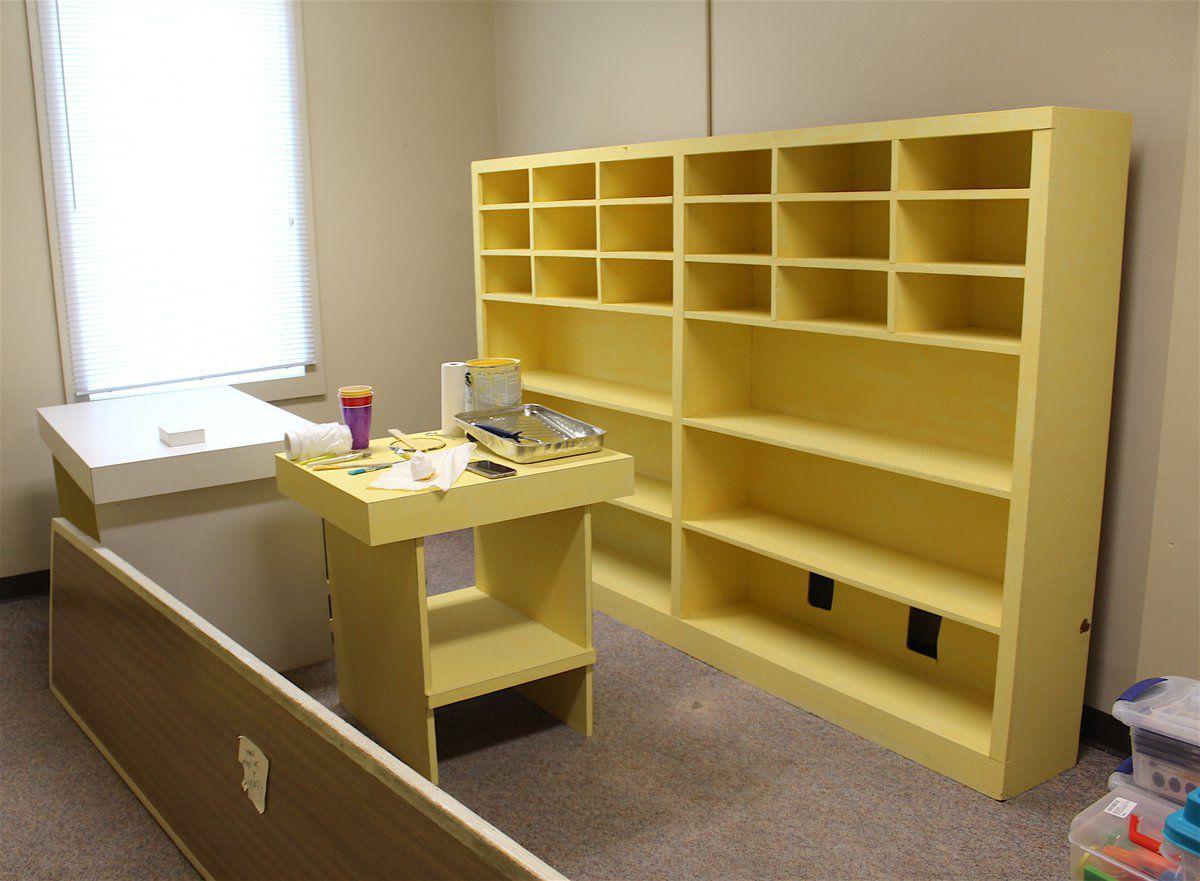 The former NSU Special Services building is being painted before the Robotics Academy of Critical Engagement and some of the science department moves in. Each room will be a different color, and will have work tables, chairs, rugs and curtains. 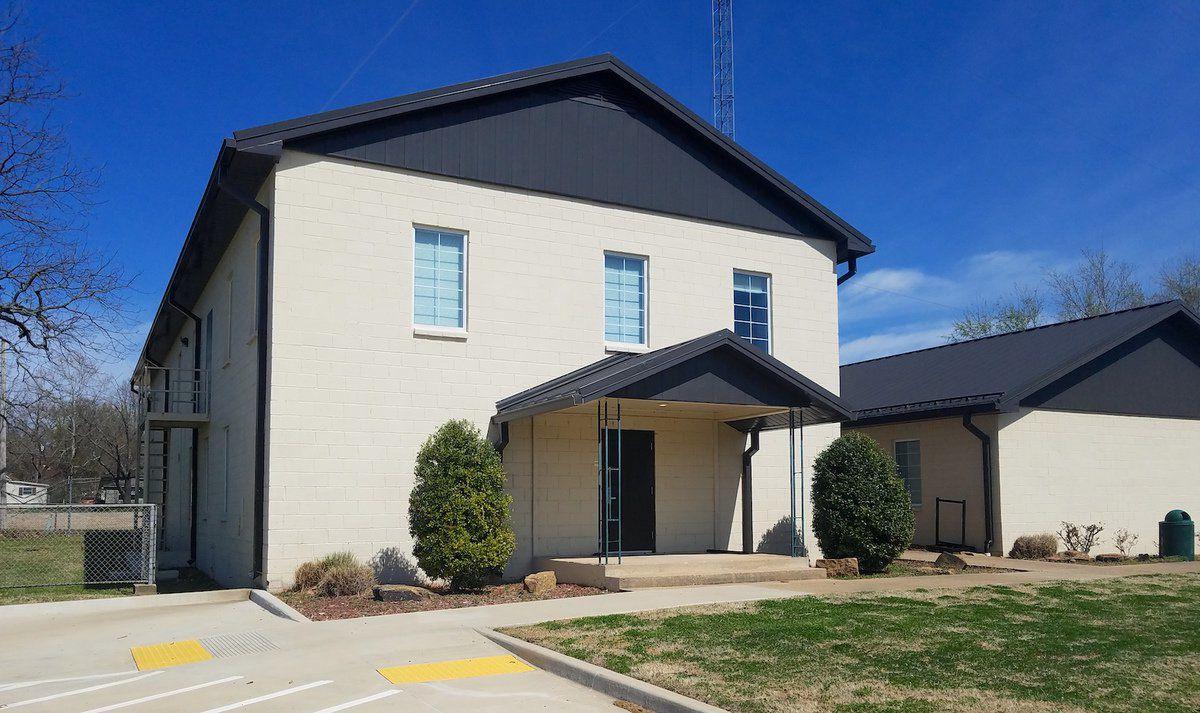 The former NSU Special Services building will house the Robotics Academy of Critical Engagement and some of the science department.

Mayliah Walton, a freshman from Tahlequah, packs up a box in the Robotics Academy of Critical Engagement room at Northeastern State University's Bagley Hall. RACE has outgrown the current space, and it and a portion of the science department are moving to the former Special Services building

The former NSU Special Services building is being painted before the Robotics Academy of Critical Engagement and some of the science department moves in. Each room will be a different color, and will have work tables, chairs, rugs and curtains.

The former NSU Special Services building will house the Robotics Academy of Critical Engagement and some of the science department.

The popularity of STEM – science, technology, engineering, and math – continues to burgeon, and the Robotics Academy of Critical Engagement at Northeastern State University has outgrown its space in Bagley Hall.

Part of the College of Education, RACE and a portion of the science department is being moved to the Special Services building on Seminary Avenue. The building used to house the speech-language pathology department, but it was moved to offices on the Muskogee and Broken Arrow campuses in January.

“RACE has completely run out of room. Right now, we are occupying four rooms in the College of Education. We’re going from that to 20 rooms,” said Barbara Fuller, director of RACE. “Race is collaborating with the science department.”

The entire RACE program will move, as will some science faculty, the NSU Vertebrate Museum, and possibly the botany department. Some undergraduate and graduate classes will be taught in the new facility.

“Our students are future teachers, and to be with science, it will be more STEM. The science students, likewise, will be able to collaborate with the teaching programs,” said Fuller. “While we have thousands of pre-K through 12th-grade students come through here, they’ll be able to go there and have access to that, to the museum, and to science.”

She said the departments are looking at what is going to happen in the future.

“We push that boundary at NSU,” said Fuller.

She said that within the next 10 years, the top jobs will be related to STEM. She added that even the arts use STEM, and artists need to understand the technology.

“We prepare students for things changing because things are constantly changing,” said Jessica Martin, professor and associate dean of the College of Science and Health Professions. ”I’d like to see some overlap of science in art.”

The goal, according to Fuller, is to develop well-rounded students who can go and do anything. The building is still unnamed, but it’s been decided that the lobby will be decorated in traditional steampunk designs.

Each room will serve a purpose, and a student worker will always be on site during operating hours to let people in the work areas and monitor the building. Student workers will be trained to use the equipment so they can teach others how to use it. The virtual reality room will include space and equipment to produce podcasts and vodcasts, which are videos.

“We have everything for the green screen. We have professional lighting and cameras. We’re padding the walls and ceiling, and we'll blackout the window,” said Fuller. “They can use a computer to edit.”

The work room will be for sewing, cutting, welding, soldering, and such, and the tool room will house the items to do those jobs.

The biggest room will be the NASA room, and robotics will have its own space. Along with the VEX Robotics RACE has been using, they are taking on Revolution Robotics. The robotics competition field will be installed, as well. Two student lounges will be available, with refrigerators and microwaves.

The RACE room currently has boxes full of STEM projects and kits stacked almost to the ceiling. These will be unpacked and reorganized into backpack kits, which can be checked out or used on site. Emerging technology classes will move to the building and will use a large technology room. The property has a large fenced-in yard, and Fuller would eventually like to have an outdoor classroom. Fuller hopes to work with a botanist and make miniature greenhouses out of old windows and set up a hydroponic growing system in rooms with windows.

“My big thing is connecting STEM to Native America. We have 10 heirloom seeds to grow,” said Fuller. “The nutrition department has a commercial kitchen we can utilize. We want the teachers and kids to learn about the culture, and learn how to do foods that aren’t processed.”

A room for fossils, minerals and rocks is being developed, and Martin said that will be a great resource. Darryl Dusty Rhoads, who was instrumental in creating the Fossil Study Rock area, is helping set up that room.

Next to the new room for the Vertebrae Museum is a lab room and a prep room, which will have large sinks. Other areas will be for classes, offices, computer labs, and professional development. One office space will be left open for representatives of organizations or businesses visiting the building. The makerspace will feature the vinyl cutter, the heat press, the 3D printer, a Cricut machine, and more. This will be open to the public, and RACE will schedule evening workshops.

“We teach teachers on how to do it in the classroom, and then we flip it around and say the average person can do it,” said Fuller. “We’re excited to open it to the community.”

Fuller said they will teach people how to make their own files for the 3D printer, and she is getting certified on the Cricut.

“Anything that’s a fad, we take in because they [students] can turn that around and use it in the classroom,” she said. “With children, you have to be interactive.”

The department pays attention to what area schools are putting in their classrooms, so RACE can get the same things and NSU students can learn how to use them.

“Even if the classroom they go to teach in has nothing, we’ll teach them how to get it,” said Fuller. “People think we stop at our students, but what we’re really thinking about is their students. Their student is the generation that will go out and cure cancer or go to Mars.”

Fuller hopes to host a community grand opening in August, and the event will have activities for families and individuals to do.