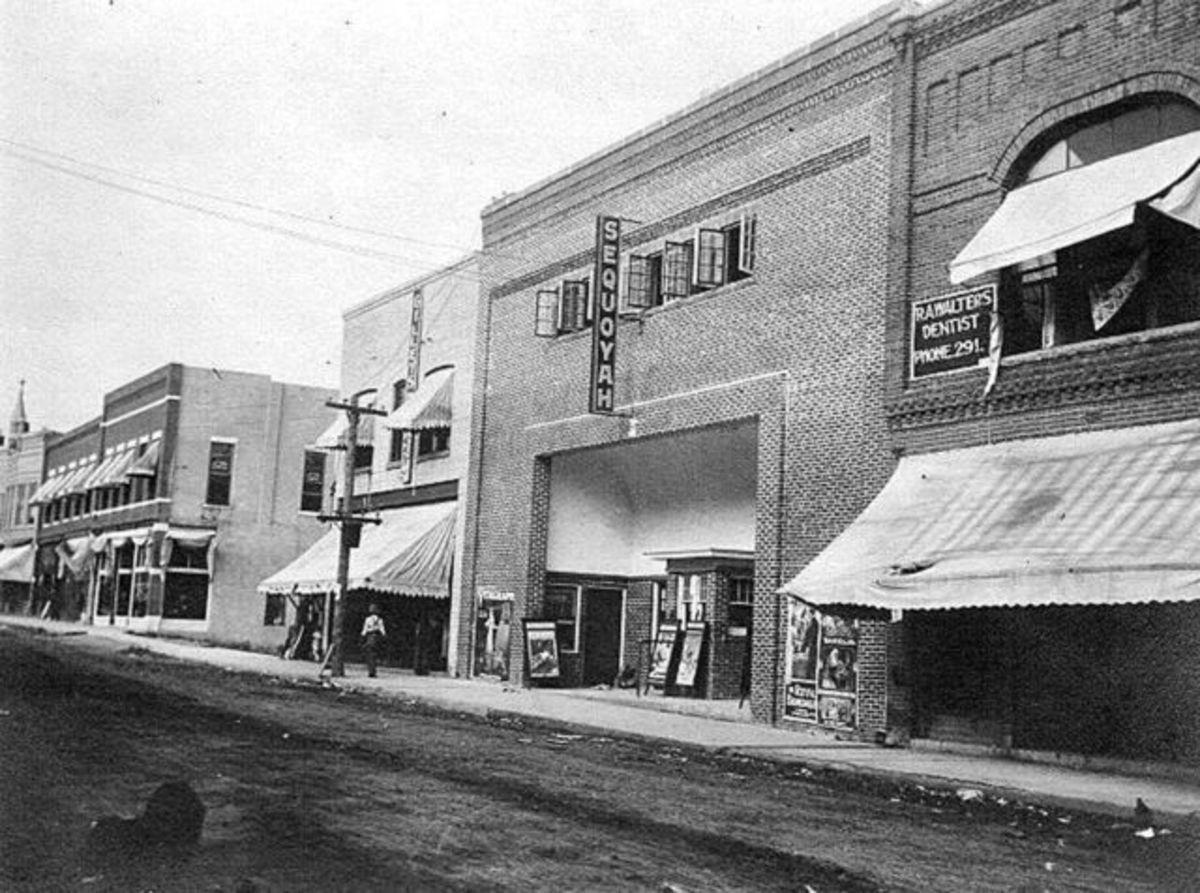 Tahlequah's first modern theater was constructed specifically for motion pictures in 1914 by James P. Thompson, a prominent businessman and politician. The Sequoyah Theater served the town until it was purchased in 1950 and used for the expansion of Hinds Department Store. 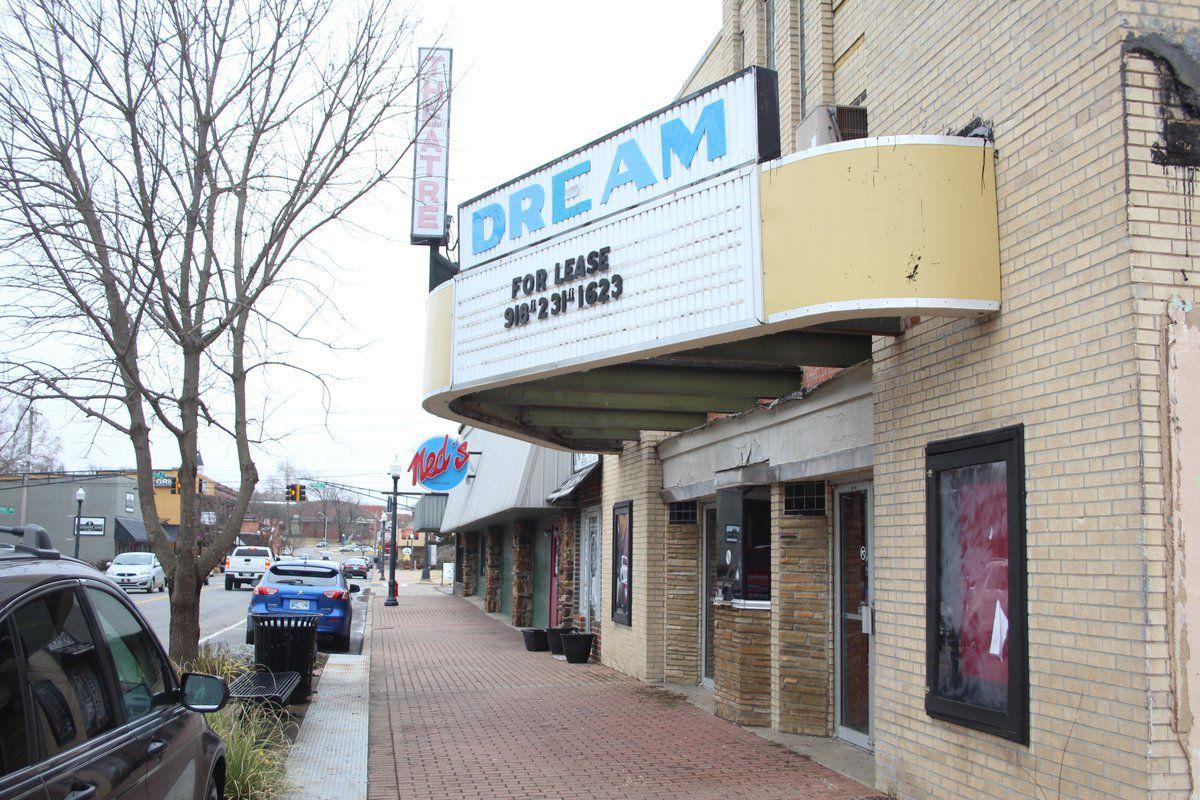 The Dream Theatre in Tahlequah is the last remaining cinema in the city's downtown area, but has not been in business for years. 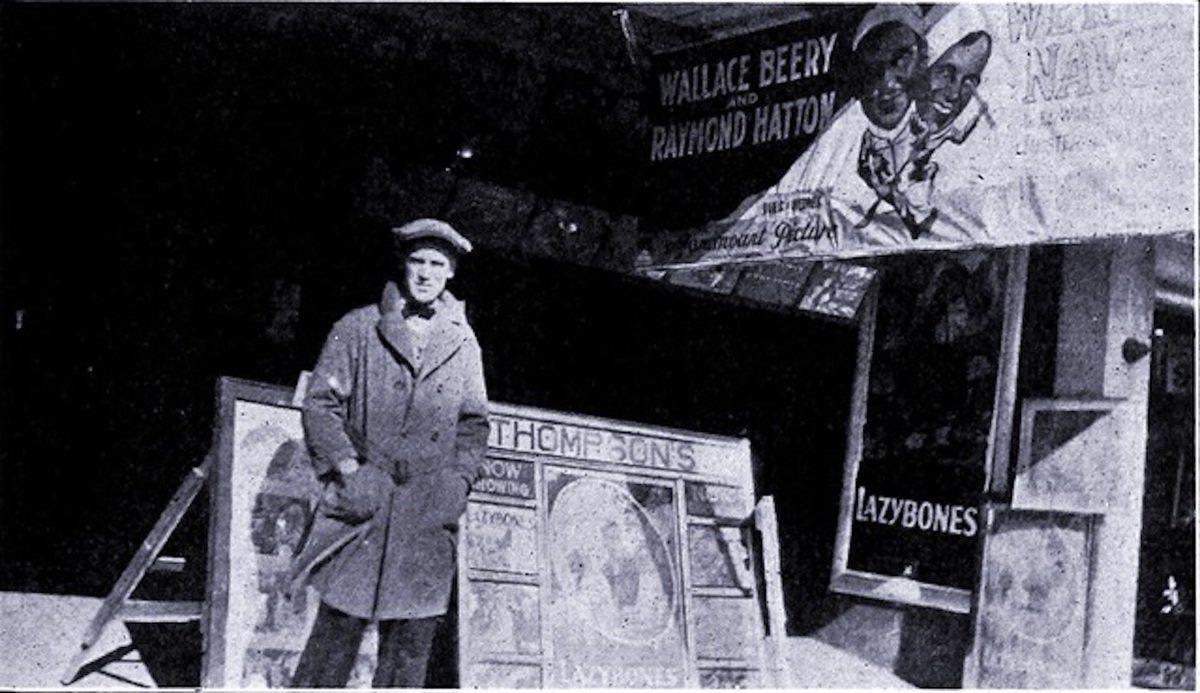 James P. Thompson stands in front of the Thompson Theater in Tahlequah.

Tahlequah's first modern theater was constructed specifically for motion pictures in 1914 by James P. Thompson, a prominent businessman and politician. The Sequoyah Theater served the town until it was purchased in 1950 and used for the expansion of Hinds Department Store.

The Dream Theatre in Tahlequah is the last remaining cinema in the city's downtown area, but has not been in business for years.

James P. Thompson stands in front of the Thompson Theater in Tahlequah.

Although streaming services have made it easier than ever for people to watch movies, some big-screen buffs have been missing the atmosphere that once accompanied the various theaters that used to call Tahlequah home.

The city now has only has one movie theater, Green Country Cinema, which has recently changed ownership. But there were once several around town where viewers could catch a flick.

And while the old cinemas are no longer in business, memories from their in-theater experiences remain.

The Sequoyah Theater, once next door to Meigs Jewelry in what is now A Bloom Flowers & Gifts, was opened in the early 1900s by James P. Thompson and was hailed as the first venue specifically for projected films in Tahlequah. It sat 700 patrons in opera chairs and also included 16 box seats. For years, it gave people of all ages a place to watch the latest moving pictures, until it was dismantled and turned into what became Hinds Department Store in the 1950s.

"Actually, it originally was a live theater and then it was converted and showed movies," said Todd Mutzig, owner of Meigs. "My dad, I think when he was 5, used to go down and watch westerns all Saturday afternoon for a nickel."

Mutzig said the archway that framed Sequoyah's stage is still up inside A Bloom, although most wouldn't recognize it. He also is in possession of the theater's original ticket window, on which the years have taken a toll.

Thompson later opened a second theater named after himself. Across Muskogee Avenue on Main Street, the Thompson Theater once attracted both film buffs and movie novices.

While the old cinema dates back to at least 1945, it is believed to have opened its doors before then. The Thompson was not permanently open after the 1972 screening of "The Poseidon Adventure," but intermittently would screen films throughout the '70s.

"Last movie I saw at the Thompson Theater was 'Jaws,'" said local Barbara Weavel, in response to a Daily Press Facebook query. "People were screaming out lout at different times during the movie."

The Thompson's time on Main Street spanned multiple generations. Many people remember stopping by the drug store next door to purchase drinks, but attorney B.J. Baker said he can remember hearing stories from his grandmother about the venue, where visitors could get a coke, popcorn, and their admission for 10 cents.

"She said they really enjoyed it, because it was one of the few places in town that had air conditioning at the time, so they would usually go there for one day a week during the summer," Baker said.

Youth in the past were perhaps as mischievous as they are today, as sneaking into movies appears to be a time-honored tradition. David Cornsilk can remember a quid pro quo he had with a young ticket attendant at the Thompson.

"My friends and I went to see 'The Exorcist' at the Thompson," he said. "We weren't old enough to get in, but the kid taking money was easily bribed with a pack of chewing gum."

The only downtown film venue still standing is the Dream Theatre, which many locals remember as a bustling cinema suitable for all ages. Opened in 1947, the Dream provided entertainment throughout the latter part of the 20th century.

Some of the most adored and largest blockbuster films of the era were screened in the 400-seat theater.

Mitch Parnell can remember his time working at the Dream for Lloyd Ray McCall and Charlie Rogers, from 1977 to 1980.

"I was a junior in [Tahlequah High School] when I started," Parnell said.

"I worked the concessions and cleaning at first and later worked upstairs in the projector booth. I think tickets were $3 apiece back then. I ran 'Star Wars' so many times I had the dialog memorized."

Some of the flicks aired at the Dream included: "King Kong," "The Life and Times of Grizzly Adams," "Young Frankenstein," "Animal House," "The Terminator," "Smokey and the Bandit," "Top Gun" and "Jurassic Park." Before George Kelly worked at the theater in high school, selling popcorn, he was a patron.

"The first show I saw at the Dream Theatre was the first 'Star Trek' movie in 1980, when I was 9," he said. "Mrs. McCall let us sit on the small balcony because the place was sold out. In fifth, sixth grades and junior high, I was there almost every weekend; it was the place to be."

The Dream occasionally was opened for film screenings, live stage shows and music concerts in the early part of the 2010s. According to its marquee, it is also still available for rent.