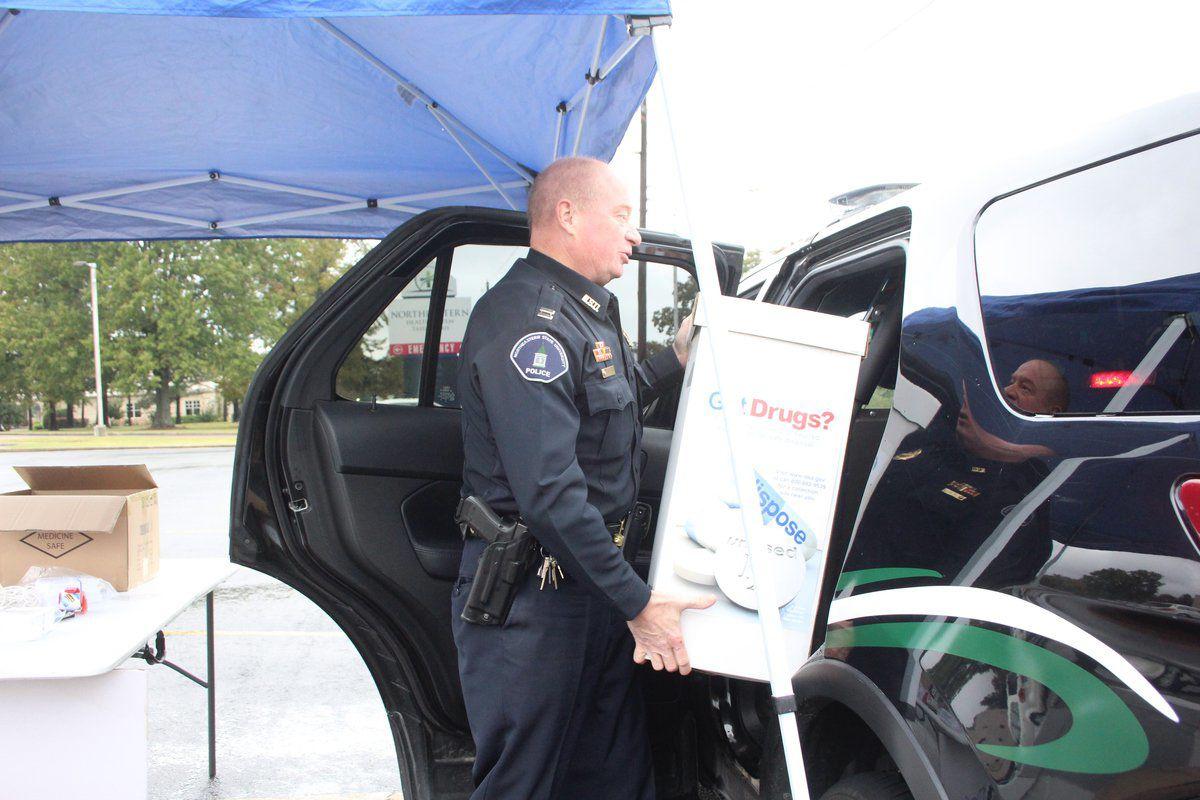 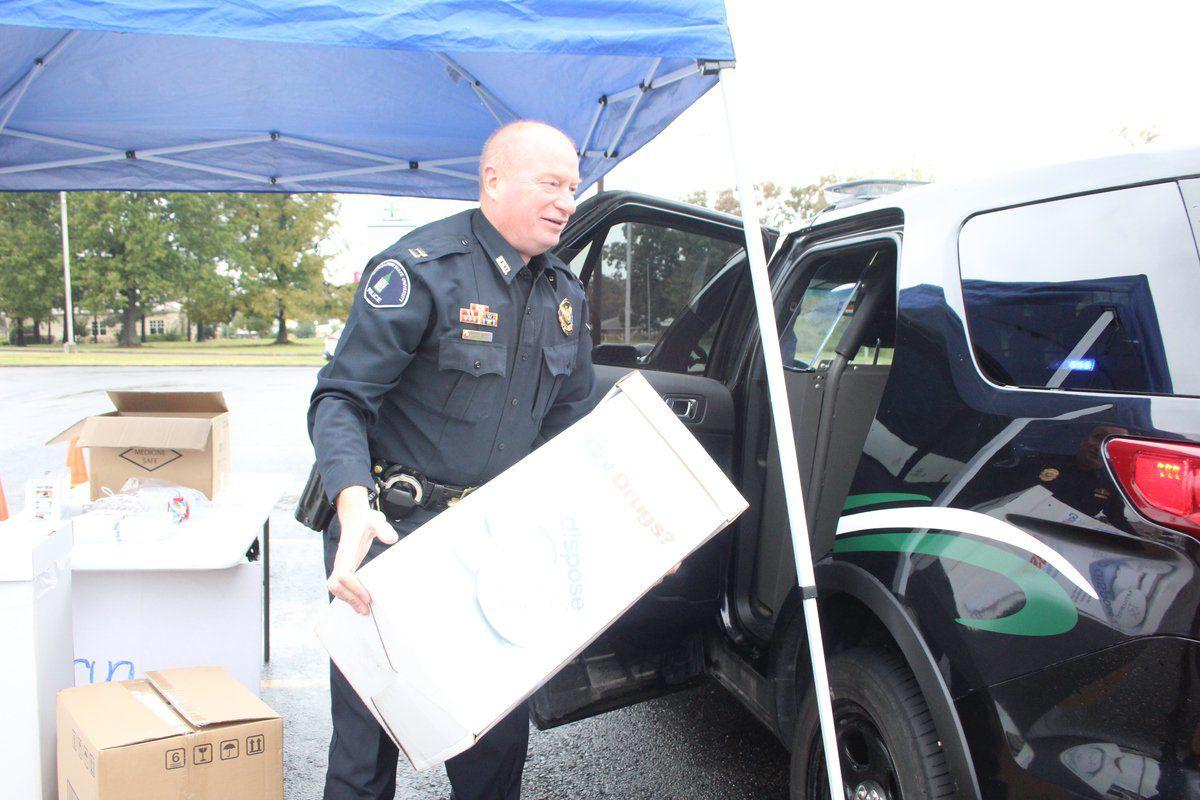 Stowed away in the cabinets of millions of Americans are untold amounts of prescription medications, whether they're still effective or needed.

Across the country Saturday, law enforcement officials and health advocates set up in local communities for the Drug Enforcement Agency National Drug Take Back Day. The day, organized locally by Tahlequah Bringing Everyone's Strengths Together (BEST) Community Coalition, is an opportunity for area resident to free up shelf space by disposing of unused medications safely and discretely.

Capt. James Bell, of Northeastern State University Police Department, set up a drop-off location outside of Northeastern Health System. He said the volunteers don't pay attention to what drugs people bring by.

"It's none of our business," Bell said. "They're just cleaning up, getting rid of prescription medicine. When the box is full, I seal it up and take it to the DEA to be incinerated."

The main reason for the Drug Take Back Day is that leftover prescription drugs are a public safety issue. When taken without a prescription or doctor's supervision, pharmaceutical drugs can lead to accidental poisoning, overdose, and abuse.

Some of the people who dropped off medication Saturday mentioned that opiates and morphine were included in their stash.

According to Think Smart Oklahoma, Cherokee County has one of the highest accidental prescription drug overdose rates in the state and country. Between 2014 and 2016, the number of Tahlequah senior students who reported using an opioid painkiller in the past 30 days that was not prescribed them rose from 7.4% to 11.8%. The students also reported that the opioid painkillers they used came from friends and family.

"Our go-to saying is that we don't want people to become accidental drug dealers," said Jyme Lowe, with Tahlequah BEST. "The reality is that people and our teens, especially, are getting those prescription drugs from families and friends more often than they are from a drug dealer or something like that. That's why we're giving out the lock boxes, too - just to prevent that easy access so people aren't getting their drugs stolen from them."

Some of the most commonly abused prescription medications are: narcotic opioid painkillers, like hydrocodone, oxycodone, morphine, fentanyl, methadone, and codeine; and anxiety medications like Xanax, Valium, Ativan, and Klonopin.

If not disposed of properly, unused prescription drugs can have adverse effects on community health. That's why what drugs Bell collected during the event were taken to the DEA to be incinerated.

"That way it doesn't go into the water supply," Bell said. "When people flush it down the toilet, it's real bad for the environment. [The DEA] take care of it the right way."

Not properly disposing of medications can also contribute to the illegal sales of drugs. Pills can easily be retrieved from trash cans to be sold or abused, worsening the opioid problem that is already at epidemic proportions.

"It easily starts with a prescription," said Bell. "Then people get addicted, and when the prescription ends, they're forced to get it other ways."

Tahlequah BEST participates in the National Drug Take Back Day twice a year. BEST is a community coalition made up of a variety of local groups, such as NSU, the Cherokee County Health Department, Cherokee Nation, CREOKS Behavioral Health, KI BOIS Community Action Foundation Inc., and more.

"There's just tons of groups that come together for Tahlequah BEST, and this is just one of the many things that we all do together," said Bell.

For those who weren't able to make it to the drug take back event, there are still other ways to properly dispose of medications. The Cherokee County Sheriff's Office and the Tahlequah Police Department have permanent drop-off boxes available.

If folks are unable to take their unused prescriptions to a drop-off site, the DEA recommends taking the meds out of their bothers, mixing them with something unappealing - used kitty litter, coffee grounds, etc. - sealing them in a bag or disposable container, and throwing it away.

Another take back day will also be held in the spring of 2020.