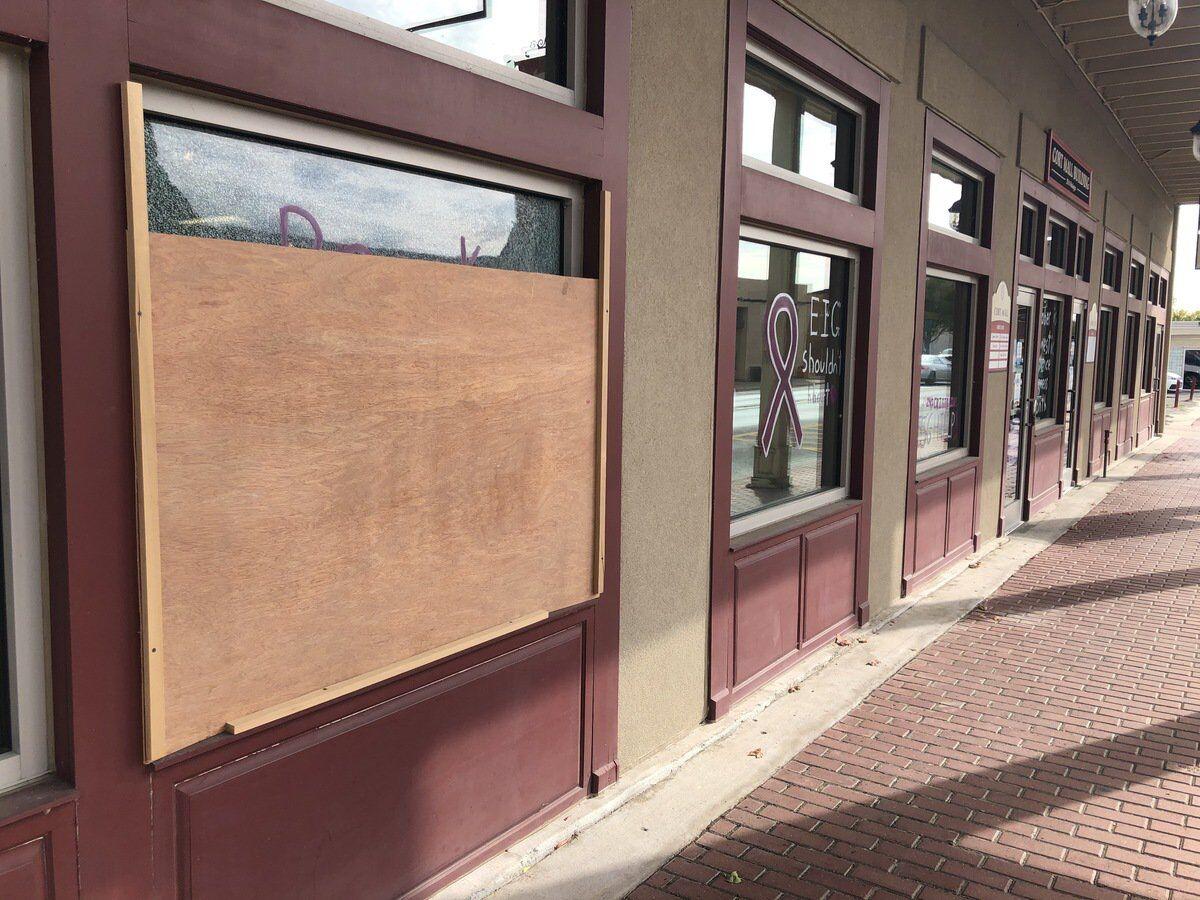 A window outside of the Spider Gallery in Tahlequah has been boarded up after receiving damage during a recent vandalism incident. 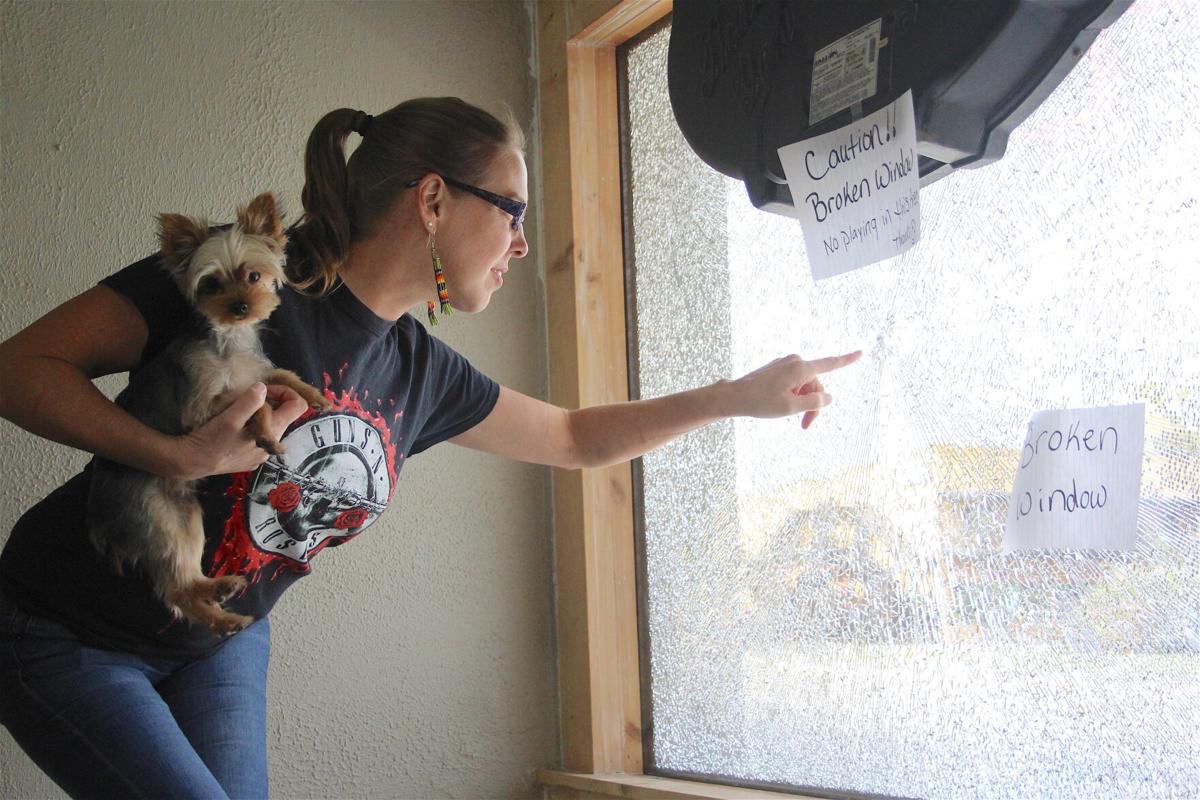 Jennifer Wells points to the damage in a window of RJ's Barbershop in Tahlequah. 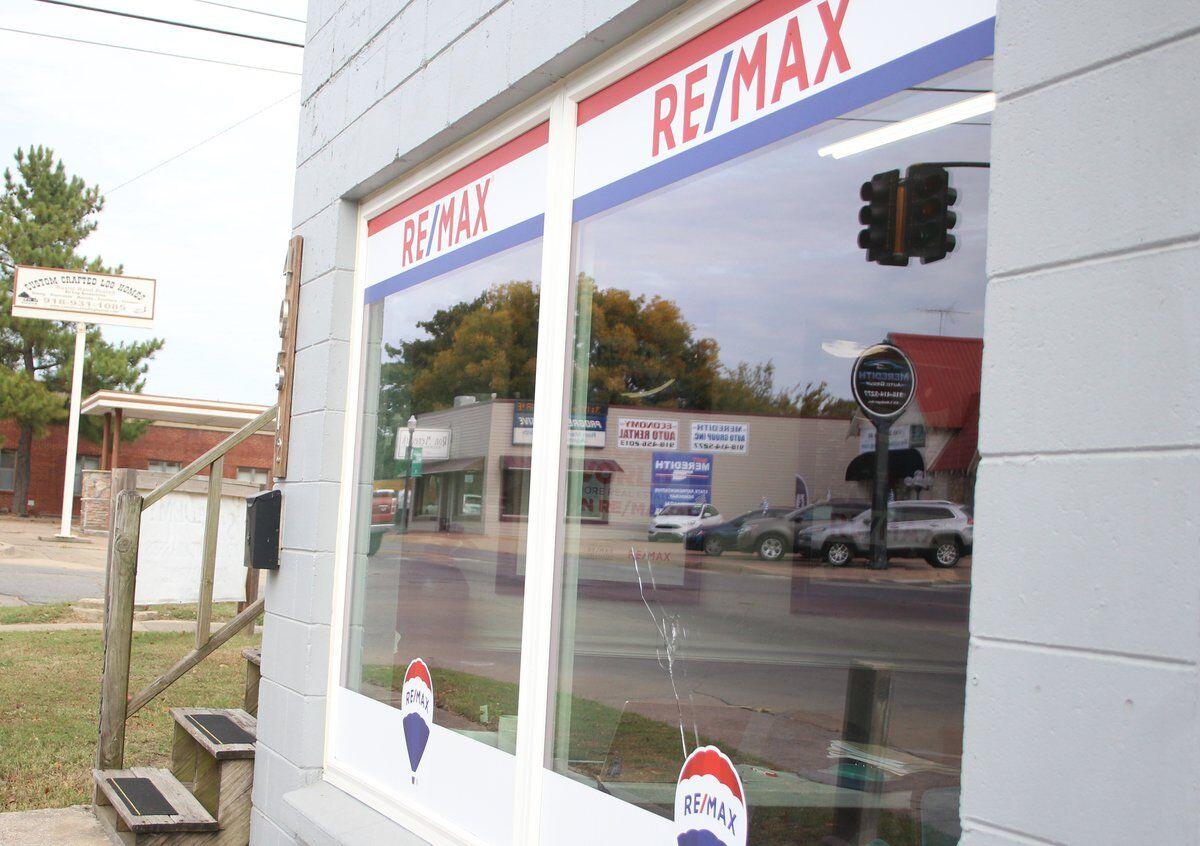 REMAX Select was one of the businesses that recently saw damage from a vandalism incident in Tahlequah.

A window outside of the Spider Gallery in Tahlequah has been boarded up after receiving damage during a recent vandalism incident.

Jennifer Wells points to the damage in a window of RJ's Barbershop in Tahlequah.

REMAX Select was one of the businesses that recently saw damage from a vandalism incident in Tahlequah.

After store windows in Tahlequah were damaged recently from two men driving around town shooting a slingshot, owners have had to deal with getting them repaired.

Believed to have been hit by either ceramic marbles or BBs, around 14 businesses received damage, and the two men responsible confessed to the vandalism this week. The pair, which left behind thousands of dollars worth of damage, will need to reimburse businesses out of their own pockets.

“I would estimate probably upwards of $15,000 worth of damage for those windows,” said Tahlequah Police Department Chief Nate King. “Detectives spent most of [Wednesday] speaking to businesses and obtaining the documentation for what it costs to fix their damage, because that will be included in the report [to the District Attorney’s Office] for the restitution portion.”

Among the businesses vandalized were RJ’s Barbershop, REMAX Select, Braum’s, Save-A-Lot and the Spider Gallery, to name a few. Northeastern Glass has reportedly assisted with some of the repairs, and owner Bob Robertson said it’s been quite a while since he has seen a string of such property crimes.

“I had to order insulated glass,” said Robertson. “It is something that you don’t have in stock. A variety of stuff has been broken. They broke all kinds of stores.”

Some of the businesses that suffered damage were quick to get the windows repaired. At Save-A-Lot, manager Bryan Briggs said it didn’t take long – just three or four days for the owners to get them replaced.

“Because of the crack and how it started splintering the glass, it had to be all replaced completely,” said Briggs. “We never found the BB. There’s no telling where it’s at, but it did enough damage where it was starting to make the glass crack like a spider web. If you let it go any longer, it probably would have broken and did damage to something else.”

Store damage can be a costly expense for businesses, especially during a time when owners are not seeing as many customers due to the COVID-19 pandemic.

At RJ’s Barbershop, Jennifer Wells said they had just installed new double-pane windows when the remodeled the business, which she said could cost somewhere between $450 and $500. Around the windows they had also installed a wooden trim, which Wells said will now have to be ripped out, adding to the cost of the damage.

“They hit people when they were already on their knees,” she said. “A lot of people were already suffering because of the pandemic. It was beyond mean.”

Robertson at Northeastern Glass could not be reached for further questions regarding glass repair by press time.

Brian King contributed to this story.